The Measure of a Norseman is the next main story quest in Assassin’s Creed Valhalla after The Tale of Thegn Oswald. It tasks you with convincing Oswald that he is fit to rule while also instructing him on the fact that he shouldn’t pick fights he can’t win.

This quest is significantly longer than the previous one and tasks you with doing much more, which is why we’ve put together this The Measure of a Norseman guide as part of our complete Assassin’s Creed Valhalla walkthrough. Here’s everything you need to know about where to find Oswald in Assassin’s Creed Valhalla, as well as how to defeat Rued’s men at Serpent’s Landing.

Assassin’s Creed Valhalla The Measure Of A Norseman Guide

This guide picks up right from where our The Tale of Thegn Oswald guide left off. After beating Valdis’ two brothers in a fistfight, Eivor will go to sleep. The Measure of a Norseman begins when they wake up, at which point your first objective will be to find Oswald. Head outside and follow the path straight ahead of the longhouse. You’ll see that Valdis, Oswald’s bride-to-be, will be right in front of you — if you cant’ see her, use Odin’s sight and she will be highlighted by a green arrow. She is literally just beyond the bottom of the steps.

Talk to Valdis and she will tell you where Oswald went. According to her, he headed down towards the docks not too long ago. Obviously the docks are a fairly large area — head towards the part to the east of the town’s trader and you will see Oswald standing next to a haybale. Fortunately, the distinctive shield he always wears on his back makes him relatively easy to spot. 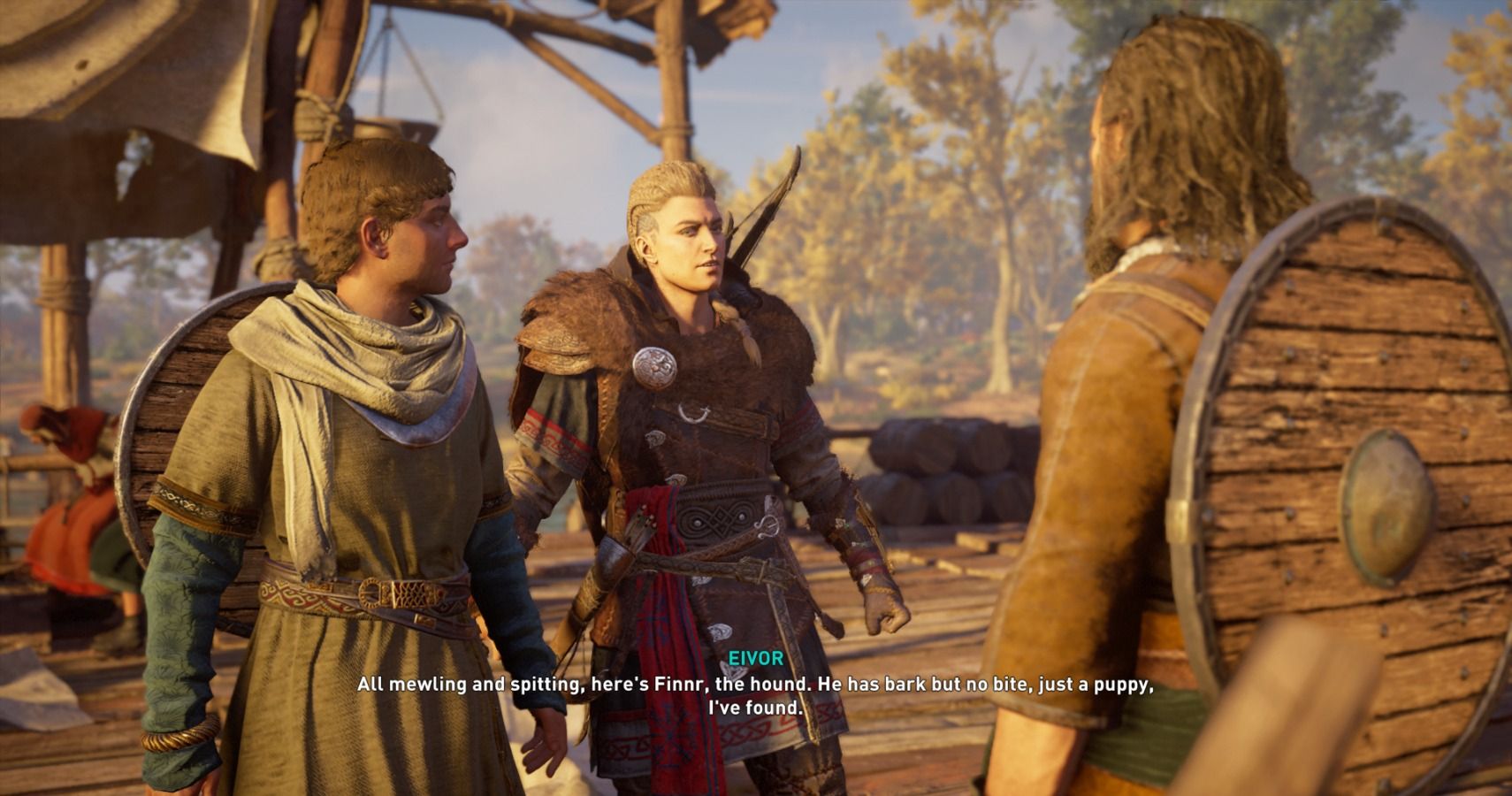 Once you reach your destination, speak to Oswald in order to start a cutscene. Finnr will come over and the two of them will begin flyting, which basically means they start having a Viking rap battle. Coach Oswald through this so that he doesn’t make a fool of himself in front of Finnr, who is already taunting him — the correct option to choose in each case is the one that rhymes with what Finnr said beforehand. After this goes on for a while, Oswald will challenge Finnr to a holmgang, but Eivor steps in and offers to fight him instead. At this point you will have a new quest marker about 700m away — call your horse and ride there. As you approach your destination, you will have to swim out to the little islet, where Finnr will be waiting.

You’ll quickly realize that it’s all a setup to make Oswald stronger — obviously Eivor and Finnr don’t actually want to kill him. During the fight, however, Oswald will give it his all. Eivor taunts him, asking him to come at you with his sword while you fend him off with your bare fists. He’s immensely easy to beat — that’s the whole point. You can just continuously punch him and he will never dodge or retaliate, because you stun-lock him with pretty much every single hit. After knocking him down he will get back up, but is no stronger than he was before. He will get up a third time after you knock him down again — once you’ve defeated him three times in a row, a cutscene will play.

The cutscene shows that the entire ordeal has helped to convince Oswald that he is capable of fighting back against Rued’s clan. After the cutscene ends, you will get a quest marker highlighting an area you need to raid with Oswald in order to take down some of Rued’s bandits.

Call your boat and sail towards the quest marker in order to pillage Serpent’s Landing with Oswald. Once you arrive at your destination, select the option to initiate the raid. Kill all of the enemies and burn all of the carts and cargo. Your crew will handle most of the burning themselves if you focus on fighting. Once you go up the path to the main part of the settlement and burn the barns to your right, you will have to escort Finnr to the treasure. Follow the quest marker and speak to Finnr. A new cutscene will play and the quest will end.

It’s worth noting that you can collect the key on the table at the tent where Finnr found the treasure and free some prisoners in cages to the right if you want. Also, the Magister’s Cloak is in a chest behind a destructible fence in the tent further up from the cages, which is definitely worth picking up.

Once you’ve finished looting the area, it’s time to move on to the next main story quest: A Triumphant Return. 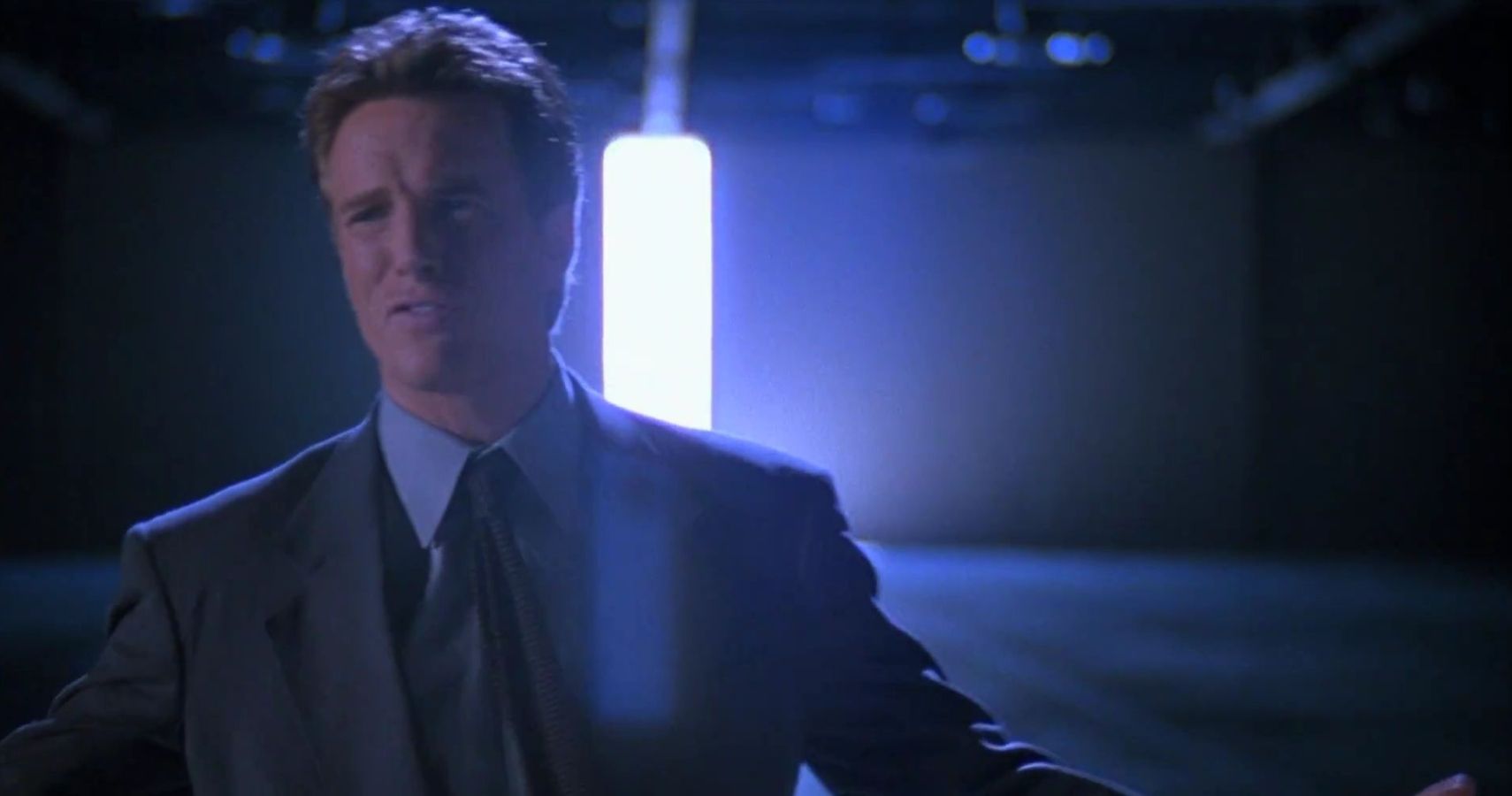