Endpoint management platform Automox today announced it has closed a $110 million equity round led by Insight Partners. The funds, which come as Automox’s customer base grew 200% from June 2019, bring the startup’s total raised to over $152 million. The company says it will use the funding to support product development.

The average cost of a data breach is nearly $4 million, and yet 74% of companies say they can’t patch vulnerabilities quickly enough because they lack the necessary staff. That’s why former HP national account director Jay Prassl founded Automox, which is developing a platform that automates endpoint configuration, patching, management, and inventory.

Automox’s platform, which works across operating systems, servers, and PCs, lets security teams automate and conduct cybersecurity actions through policies. From a dashboard, users can orchestrate checks to ensure patch compliance of assets, regardless of location, and perform technical and top-level reporting. Automox also enables critical patches and software updates throughout enterprise computing environments, as well as security configurations and custom scripting.

“When we started out, we built the company around the most compelling pain points in the IT Ops space, which was the inability to see and remediate system vulnerabilities across Windows, Mac, and Linux from a single platform,” Prassl told VentureBeat via email. “A lot has changed since those early days, and we have continued to broaden our functionality to become the only, fully cloud-native endpoint management platform.” 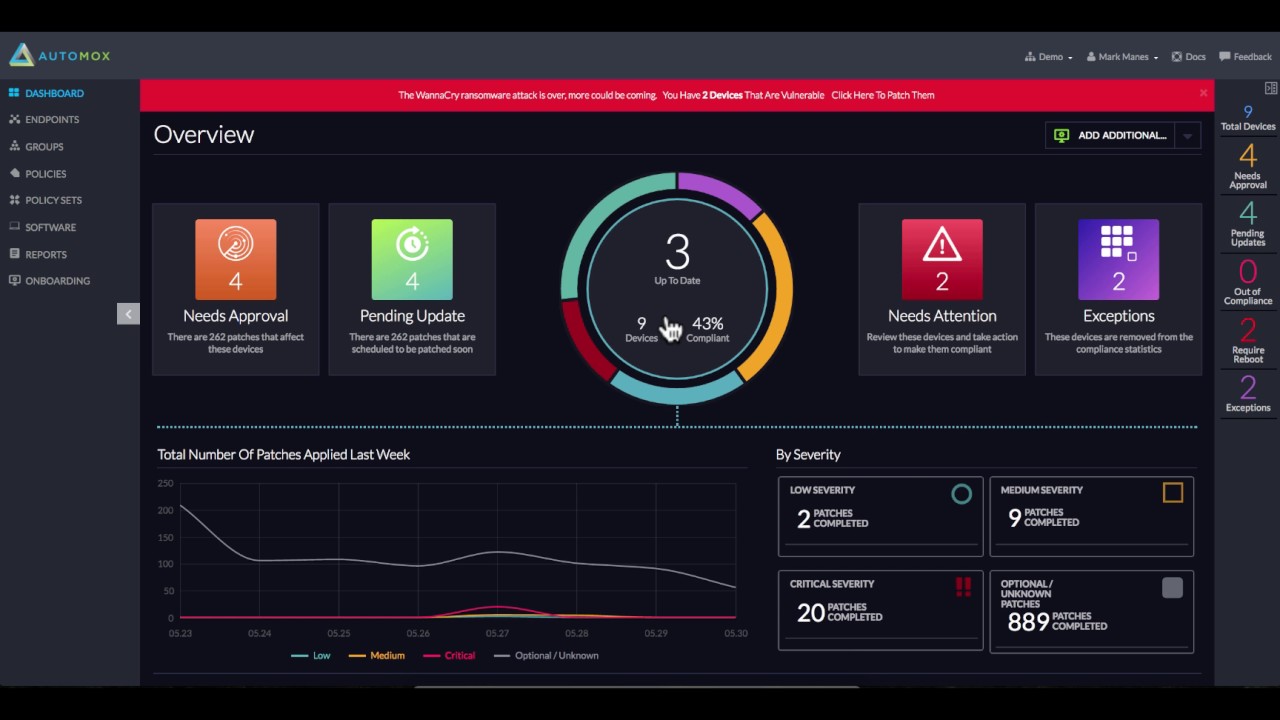 Automox occupies a global cybersecurity market that’s anticipated to be worth $120 billion by 2024 — Israeli startups alone raised $6.32 billion between 2013 and 2019. That’s not surprising, considering Juniper Research estimates the number of digital records that will be stolen in 2023 at 33 billion, compared with the 12 billion stolen in 2018. As recently as 2017, the U.S. outranked all other countries in the volume of ransomware attacks, according to Symantec. And analysts elsewhere estimate that the cybercrime economy has grown to $1.5 trillion in annual profits and that damages will reach $6 trillion by 2021.

For its part, Automox, which has over 160 employees, claims that its nearly 2,000 customers — including Greyhound, NASA, Xerox, and Unicef — have seen a 50% reduction in labor hours to manage patches and an 80% reduction in corporate attack surfaces. That’s in addition to 2-3 times less effort and 15 times faster hardening of infrastructure than with competing solutions.

“While there are other players in the IT Ops and endpoint management space, such as Ivanti, ManageEngine, and Tanium, Automox is the only truly cloud-native platform in the market that has the flexibility to solve the problem that modern IT teams face. IT operators don’t need another siloed on-prem tool to manage,” Prassl said. “Many use up to seven different tools, which can leave operators with outdated views of their infrastructure and no single source of truth. As the strategic value of IT Ops continues to rise, so does the demand for a modern cloud-native platform that can interface with security tools they use today, such as CrowdStrike and SentinalOne.”