I, like most self-employed people across the UK, am currently procrastinating from filling out my tax return. At the time of writing, I’ve still got the best part of a month to complete it, but I’ll inevitably leave it to the last few days as usual. In the meantime, I’ll still be procrastinating, and it looks like video game characters share the same sentiment.

I’m specifically talking about Baba, the titular character of indie puzzle game Baba Is You. If you haven’t played it, you should change that as soon as possible, as the clever wordplay puzzles are a completely unique mechanic I’ve not seen before or since. Baba Files Taxes is nowhere near as difficult, complicated, or innovative, but it’s a compelling way to while away the hours as your tax bill looms ever nearer.

Having conquered the fiendishly hard puzzles of Baba Is You, poor Baba is now stuck doing their tax return. Maybe it’s because they can’t just say ‘Baba Is Correct Tax Payment’, or maybe it’s because the government makes these things needlessly complicated and frustratingly abstruse, seemingly in order to scam more money out of hardworking Babas. Who’s to say? 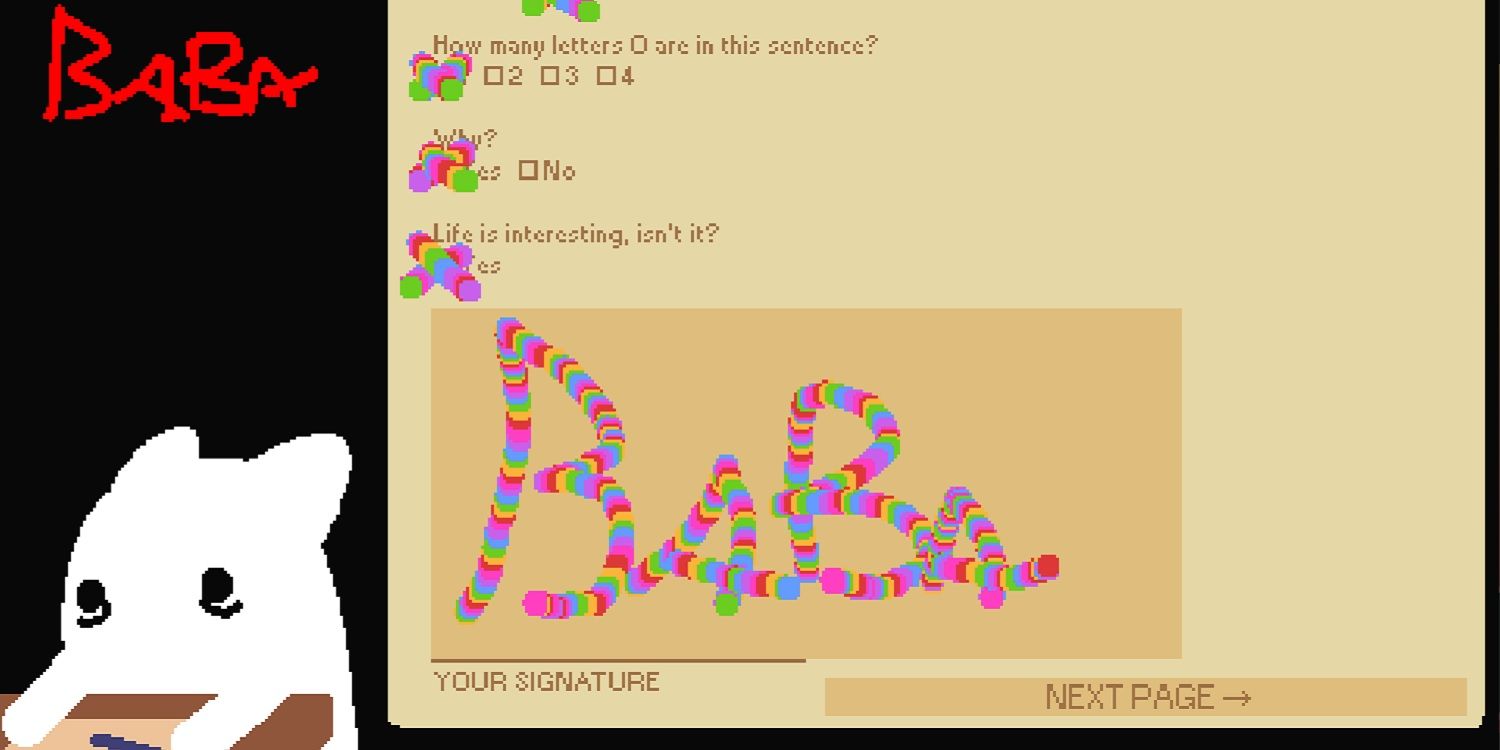 So, Baba hires you. All you have to do is read a few terms and conditions, answer a few questions, and sign in the boxes. Easy, right? Wrong. It turns out that forgery is really bloody hard. The question and answer section is bad enough, positing ruminations on which element Baba embodies more than it examines their financials, but with a decent memory (“which of these words appeared on line four of the previous page?” is a head scratcher) and repeat playthroughs, you can quickly attain full marks.

However, there are a bunch of signatures required, to confirm that you are, in fact, Baba, and that Baba is you. Sorry, couldn’t resist. If you’ve ever had to use your mouse to sign an online contract, you’ll know how difficult it is to write a legible signature on these things. Now try to replicate a signature you’ve never seen before.

Baba Files Taxes is about precision and consistency. I have neither. My signature scores ranged between 32 and 86 percent accuracy, meaning I’m not a very good forger. I think HMRC (that’s our version of the IRS, Americans) would have cracked down hard on Baba if they’d actually submitted any of the forms I’d helped on. My first attempt was particularly disastrous, but there’s something about forging a bunch of signatures that is really satisfying. In case any lawyers are reading this, I am only talking about in video games here. 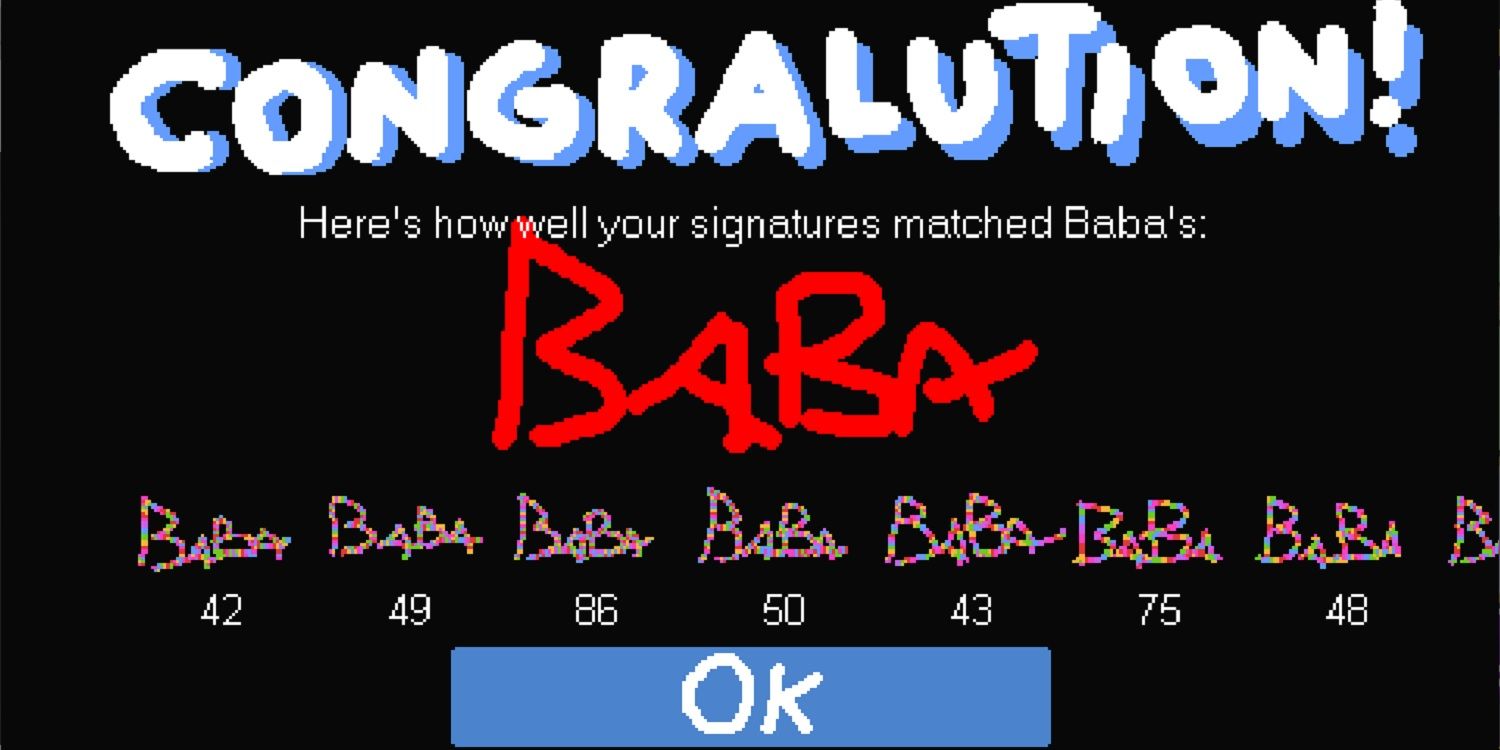 The more I practiced, the better I got. The more I studied Baba’s signature, the more I understood. The first ‘a’ begins just above the curve of the first ‘B’. The second ‘b’ is messier, protruding in the middle, and the final ‘a’ is almost conjoined to it. The simple puzzle of accurately forging one signature repeatedly and effectively is surprisingly exciting, and very engaging. I was soon obsessed with getting pixel-perfect movements and starting over multiple times when my scores were too low.

Baba Files Taxes is short and simple, but it shows that all you need for a compelling game is a mechanic that hooks you in. I’d love to play a more complex and nuanced game about forging documents, with more mechanics, characters, and repercussions, but Baba Files Taxes is perfect for paperwork procrastination purposes.