In Biomutant, Mutations act as the character’s abilities and allow them to summon deadly attacks on enemies and traverse the world in exciting ways. Additionally, players will also upgrade their tiny robot companion Automaton with a wide variety of functions that will benefit them greatly in their adventure.

Mutations are a crucial part of Biomutant’s combat and are more than a complement to the game’s melee and ranged attacks the game offers. Having a solid group of Mutations equipped in Biomutant will allow for dominant encounters with even the most formidable foes. Your trusty Automaton will also help with enemy encounters and traversal and acts as a significant support role. 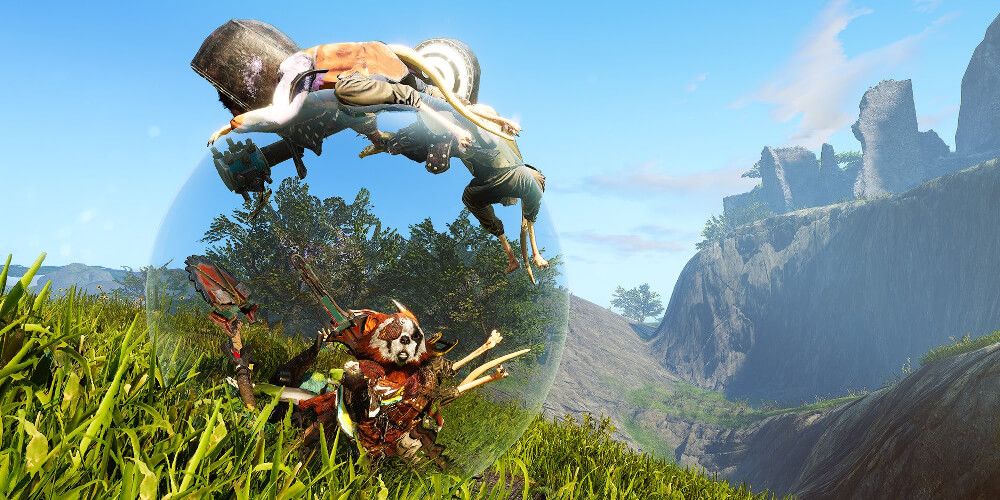 The Mucus Bubble in Biomutant is helpful for many situations but shines the most when used on a small group of enemies. 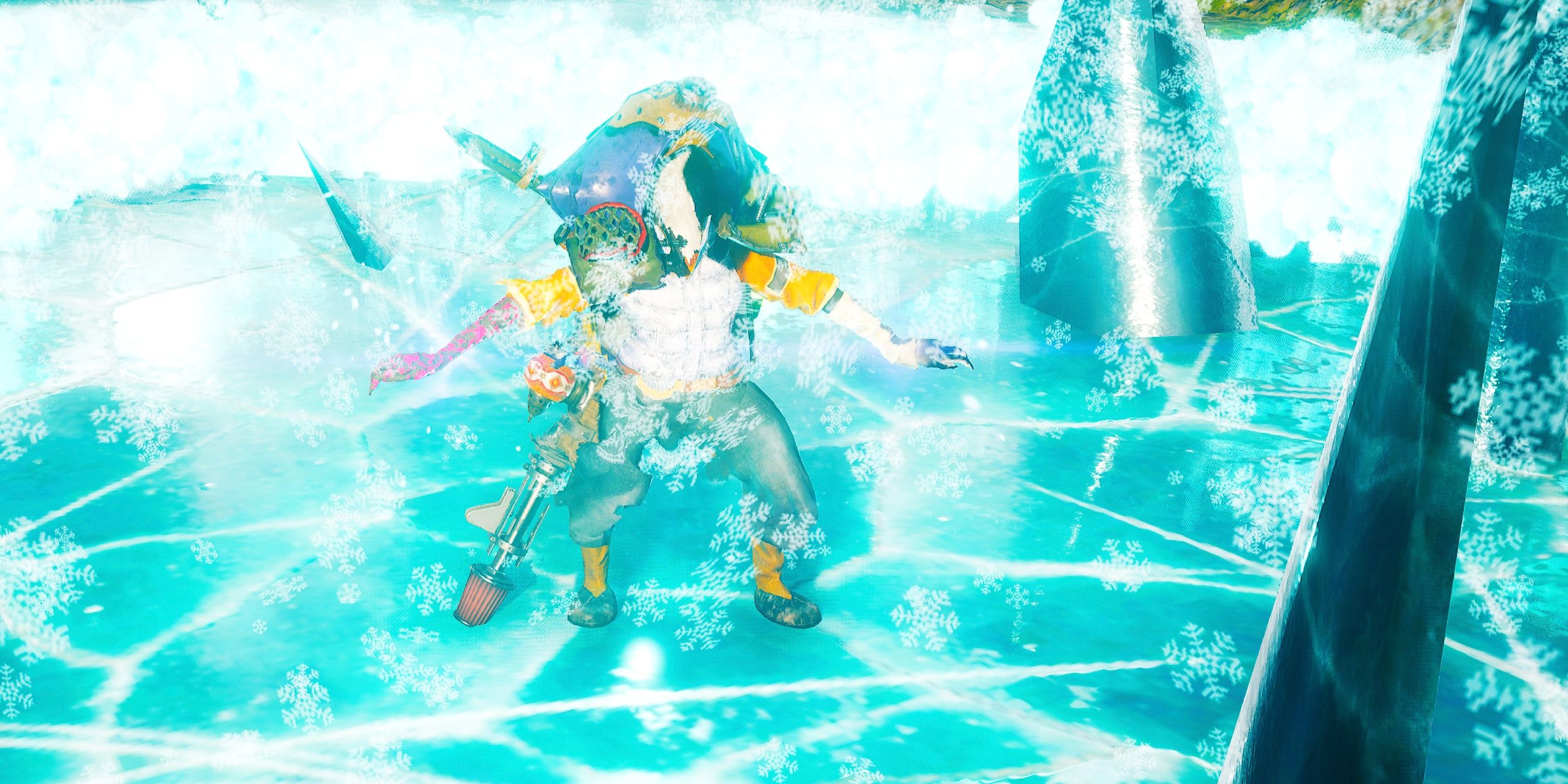 The Freeze Mutation in Biomutant is one of the best Light Aura abilities in the game. It has a high area of effect and offers decent damage to any enemy that catches itself in it.

Additionally, after casting the Freeze Mutation, an icy area will get left behind, causing enemies to slide on it. The frozen area allows for you to unleash follow-up attacks, taking advantage of the enemies as they slip. 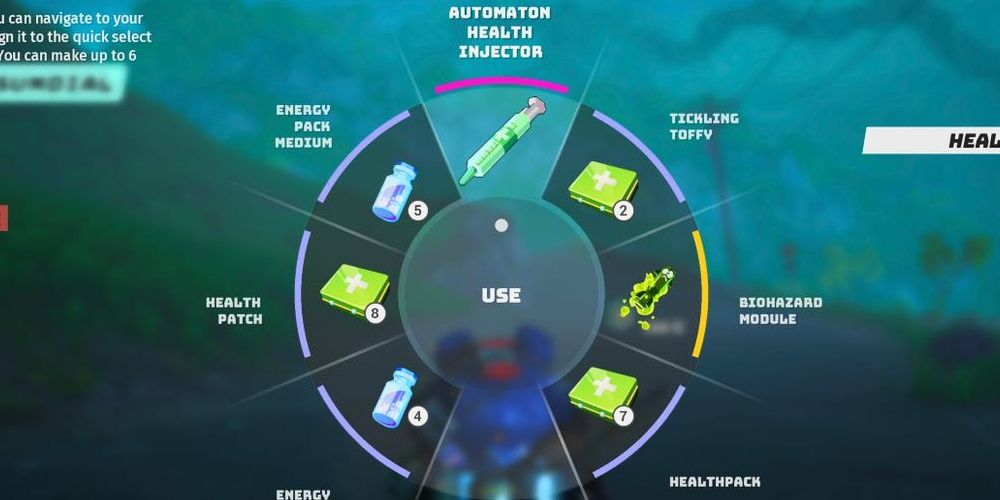 In addition to the many other healing consumables in Biomutant, players will be able to upgrade their Automaton with a permanent Health Injector, which is quite literally a lifesaver.

The Automaton Health Injector regenerates a large portion of your health but must recharge before you can use it again. However, if you run low on consumable health kits/items, the Health Injector will be a great option to avoid using up all of your other healing items, especially since it’s so potent. 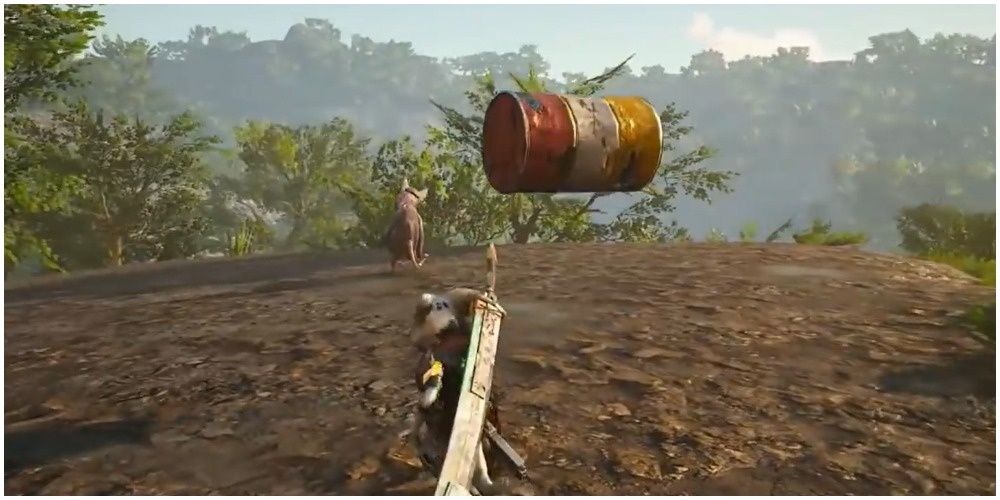 One of the best Dark Aura Mutations in Biomutant is the Telekinesis ability, as it allows you to engage with the game’s world in interesting ways.

With the Telekinesis Mutation, you will be able to lift small enemies and many objects in the world with your mind, allowing you to send them hurtling through the air with ease. This Mutation is helpful in many situations and is always a blast to use. 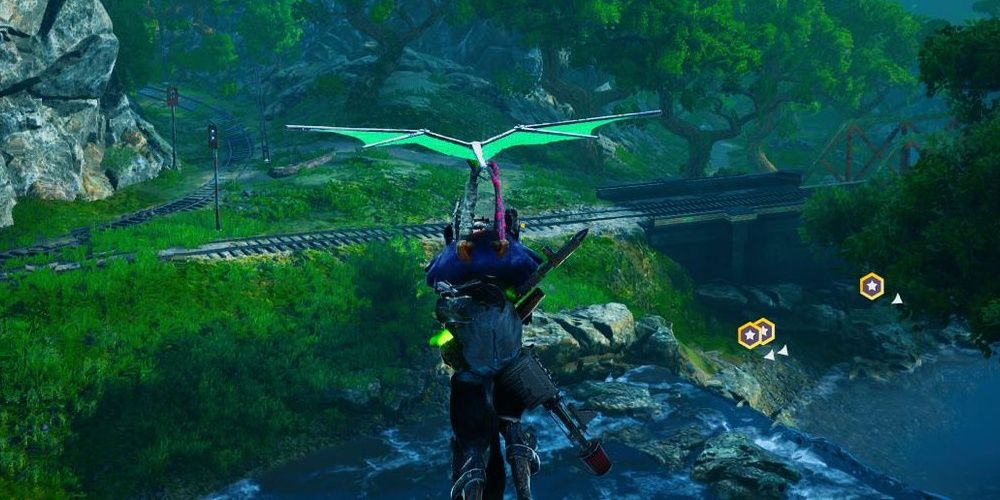 The Glider is another crucial Function for the Automaton and allows you to navigate the world in fun and almost necessary ways. It is hard to imagine traversing the dense world of Biomutant without the Glider.

The Glider allows you to cover lots of ground when leaping from great heights and will enable you to get over small gaps that otherwise would be impossible to pass over on foot. The Glider is an essential mechanic of Biomutant and opens up the exploration significantly. 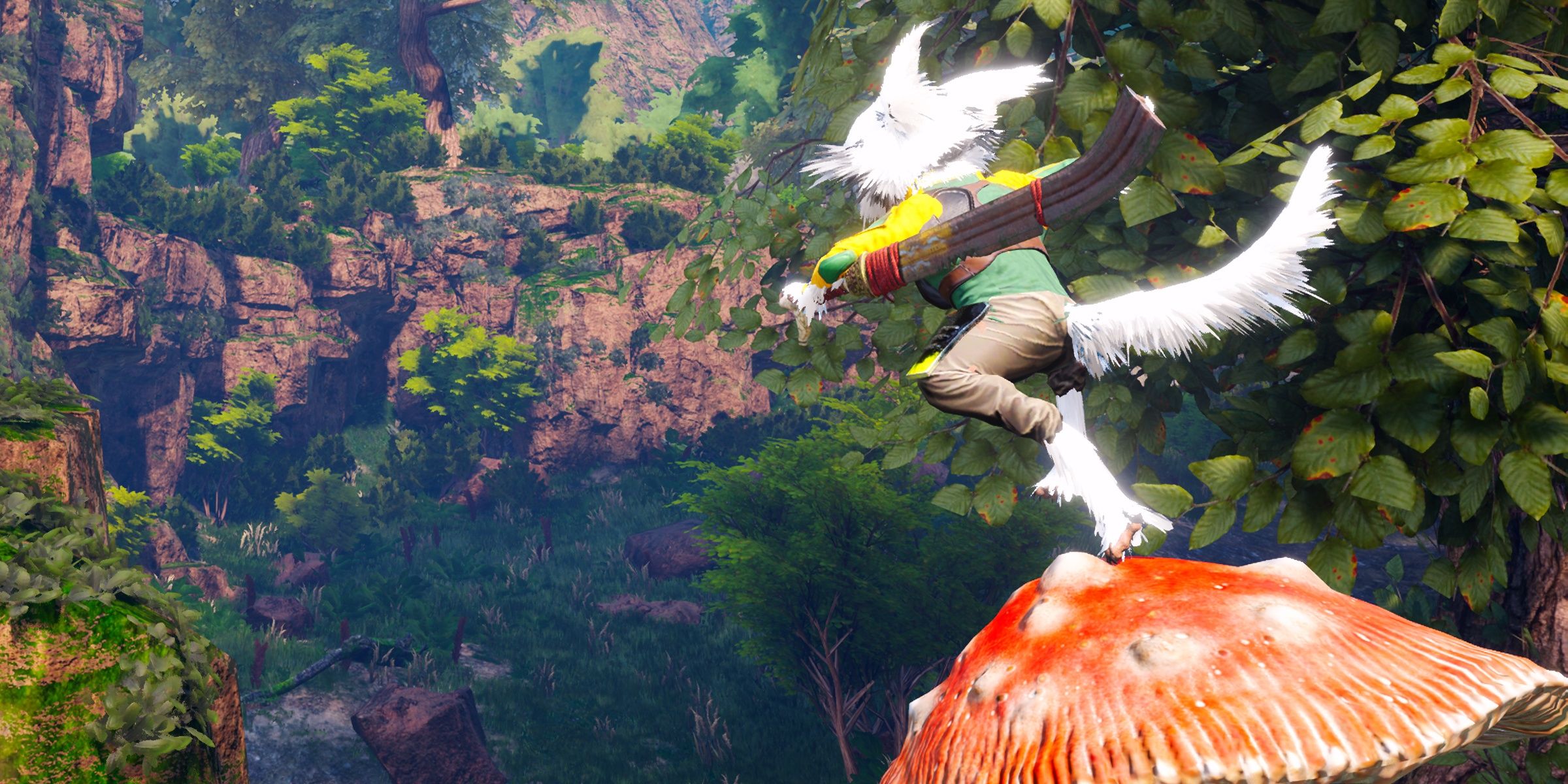 While pitched as a combative Mutation, the Fungi succeeds outside of enemy engagement additionally. The Fungi Mutation has you spawn in a mushroom that will bounce anything high into the air that lands on it.

The Fungi can be summoned underneath enemies, which will enable you to follow up with aerial combat. However, you can also summon the Fungi to reach higher areas or use them as a jumping-off point for your Glider. These mushrooms have many uses and are fun to experiment with on enemies and the game’s environments. 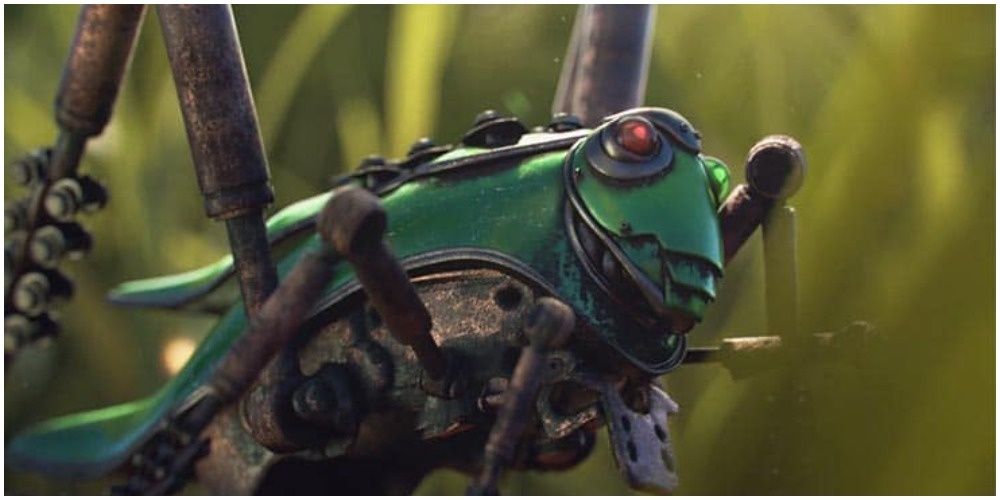 The Automaton in Biomutant is primarily a passive companion that offers things such as healing or gliding. However, you can upgrade your Automaton’s Function and rig it with a Turret, allowing it to help with combat encounters.

The Automaton will shoot its Turret at any enemy within its range, dealing a decent amount of damage with each successful hit. The Turret Function is remarkably useful, especially for those who like to get up close and personal with the enemy. 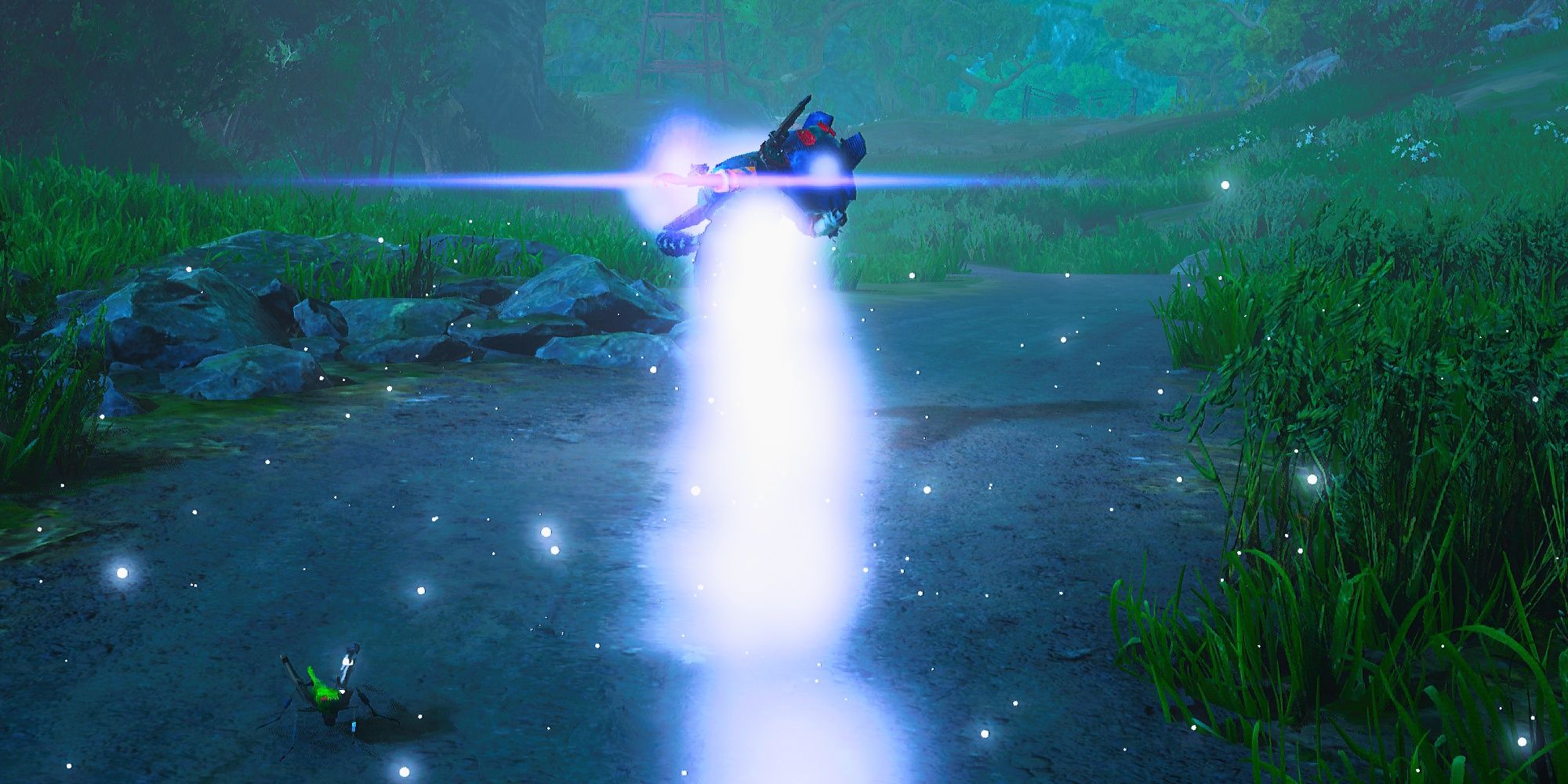 The Blink Mutation in Biomutant allows you to teleport in a straight line ahead of you and unleash a devastating shockwave whenever you reappear.

Blinking can be used to close the gap between you and the enemy and offers excellent potential for follow-up attacks and close-combat engagement. Additionally, you can also use Blink to teleport out of rough situations in a split second. Blink can be obtained early on in Biomutant, and you should take full advantage of that! 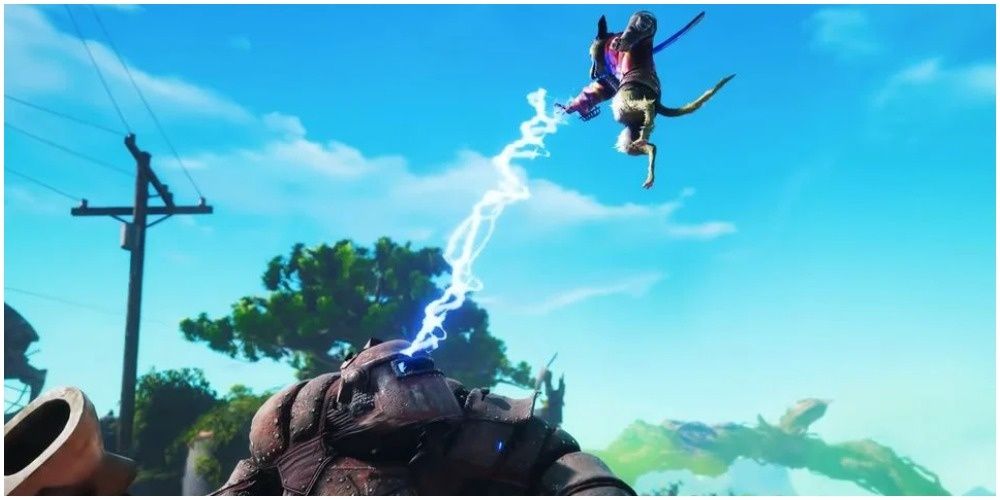 Ki Spark is the last obtainable Mutation for Light Aura players in Biomutant and is well worth the time and effort of obtaining sixteen Psi-Points and reaching thirty Light Aura.

Ki Spark is one of the best pure offense Mutations in Biomutant and has you emit electric currents from your fingertips, dealing significant damage to any player it encounters. It may take a while to get, but the reward is electrifying. 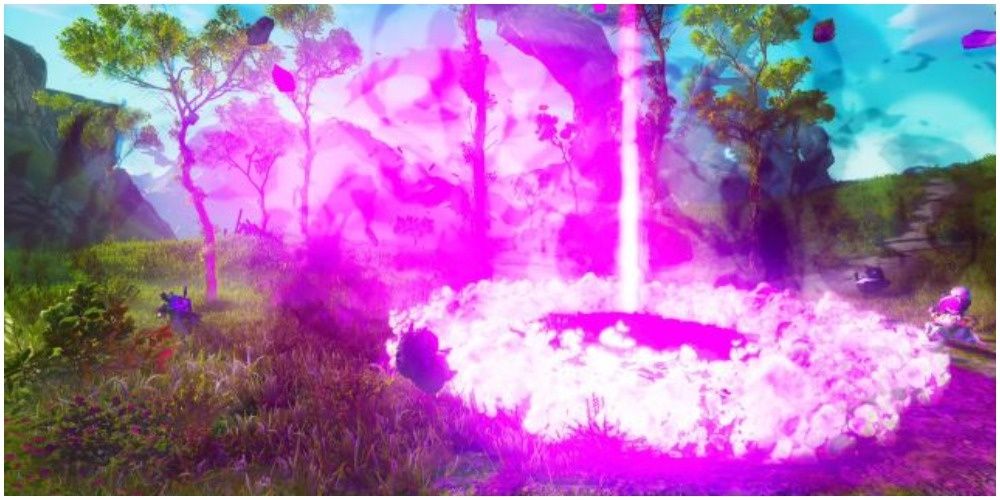 Much like the Ki Spark Mutation, the Skyspark Mutation will take a lot of time to obtain but is well worth the effort it takes. However, rather than requiring thirty Light Aura, Skyspark requires thirty Dark Aura and costs sixteen Psi-Points.

Skyspark allows you to summon in a deadly airstrike that deals massive damage to any enemy caught inside its radius. You will get to pick the precise location of the Skyspark strike, making it all the more powerful. Much like Ki Spark, Skyspark is well worth the time investment it takes to obtain!