BIOTA is the culmination of the Metroidvania games that were meticulously crafted over the years: you get to shoot a lot of alien fiends, smash a lot of barrels, and buy a lot of upgrades. Enemies are squishy enough to explode into fleshy bits when they’re shot at, making them exceedingly ripe for and satisfying as target practice for your guns. Then there’s the trawling through the maps, the act of exploring every inch of the level until every secret and exit lay uncovered. Its aesthetics, too, is clearly retro, drenched in 4-colour pixel splendour, with the option to choose from a variety of colour schemes, whatever strikes your fancy. In other words, BIOTA hews very much closely to Metroidvania tradition.

To answer the most immediate question you may have: is the game fun? The answer is a resounding yes; there’s a sweet, comfortable routine to the busywork of BIOTA. Aliens are plentiful but never quite overwhelming in their numbers; combat delivers the right amount of challenge versus accessibility; and upgrades are attainable as long as you keep grinding. You can even choose how you wish to complete the levels. Rather than offer a litany of weapons to pick up, four supersoldiers, each armed with their own distinctive weapon, are at your disposal, free for the picking: sniper rifle, shotgun, submachine gun, and something that resembles a pistol that spits out gobs of bullets. Then there’s the tale behind BIOTA, which is mostly set dressing; after a while I simply stopped paying attention to whatever it’s saying in favour of just quickly diving back to the run-and-gun action (plus, the font makes the text pretty taxing to read anyway).

In fact, one of the most familiar aspects of BIOTA is its penchant for repetition. The game is almost uncompromising in its drive for loops; you are free to explore as much of the map as you can before your life bar depletes, but the twist is that you can teleport back to your base anytime. This is chiefly done to replenish your health, but it’s also another way for you to immediately begin your exploration right at the start of the level. Such repetition breeds familiarity, and you’re also invited to revisit spots in the map that you may not have combed through thoroughly. 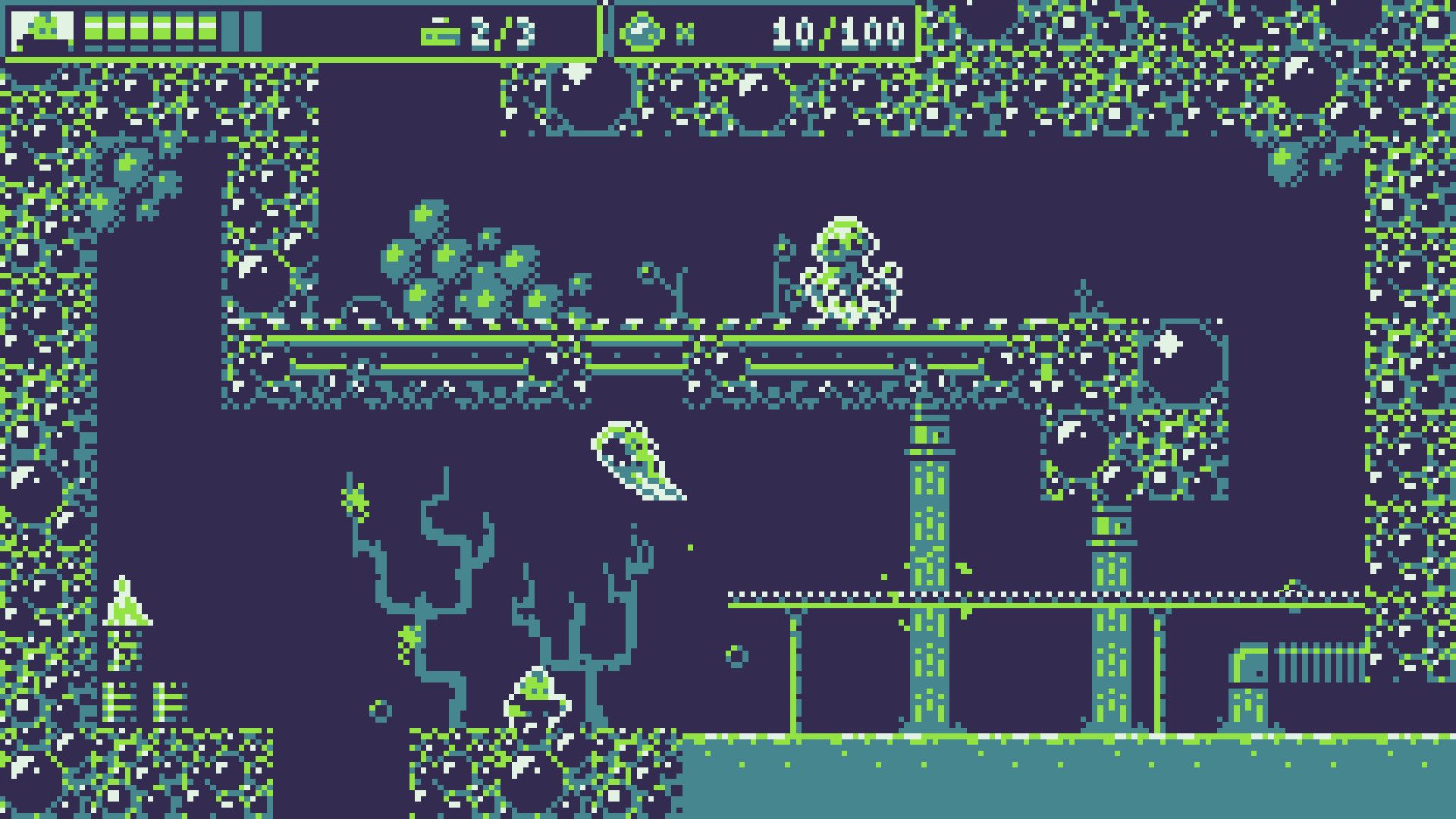 BIOTA offers an experience that’s not exactly new or innovative. It’s a game that’s contented with you spending a couple of mindless hours shooting at giant bugs and slimy life forms. The one upgrade from the Metroidvania formula it offers is the ability to save anywhere, as long as there aren’t any enemies in the vicinity. Like another game I’ve played recently, it’s another title that’s content with the status quo of the genre: just shoot, upgrade and explore. Even its synth music is largely forgettable—not to say that it’s bad, but it serves its purpose as simply being white noise amidst its pixelated violence. BIOTA’s all good fun if you want a few hours—or even just a few minutes—of entertainment, perhaps between bigger and more intense games. It’s by no means a game rich with nuance and detail, nor does it try to ask if it can do more. In short, BIOTA serves as a good sort of distraction for a lazy afternoon.