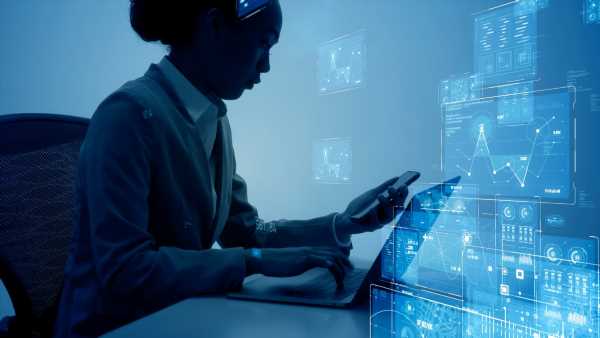 Hear from CIOs, CTOs, and other C-level and senior execs on data and AI strategies at the Future of Work Summit this January 12, 2022. Learn more

The Graph Foundation has awarded a $60 million grant to Semiotic AI, a California-based software startup that uses reinforcement learning (RL) and cryptography to build autonomous decision-making tools for decentralized markets on the blockchain.

Under the agreement, Semiotic AI will join as a core protocol developer in The Graph’s ecosystem, which is working towards building a search engine for the decentralized internet of the future. The foundation is working to indexing blockchain protocols and the transactions recorded on the digital ledgers in a bid to establish a service that people could use to look through blockchain data. It already offers support to index data from 25 different blockchain protocols including Ethereum, NEAR, Arbitrium, Optimism, Polygon, Avalanche, Celo, Fantom, Moonbeam, IPFS, and PoA.

“The Graph is really like the Google of blockchains. The Graph indexes all of the blockchain data, and serves that data. So it’s how developers access data and serve it to their users, just like how Google set out to index the web back in the day. The Graph is doing that only for the blockchain data. And we believe that blockchains are the future of the Internet. So that will become all of the world’s data,” Tegan Kline, the cofounder of Edge and Node, told Venturebeat in June 2021. Edge and Node is the initial team behind The Graph and one of the many core developers within its ecosystem.

With this deal, Semiotic AI will work with other core developers and the rest of The Graph community to further improve the efficiency, security, and decentralization of The Graph.

The company said it will accelerate R&D and focus on areas such as applying reinforcement learning for the automation of data query pricing and for negotiation tools that will greatly enhance The Graph’s user experience and increase economic efficiency throughout the decentralized network. It will also contribute to The Graph’s roadmap for achieving verifiable indexing and querying and developing verifiable micropayments based on zero-knowledge proof methods, specifically ZK-SNARKs.

Semiotic had received the initial grant from The Graph earlier this year and has already built a prototype for query cost prediction, contributed to The Graph’s next-generation zero-knowledge proof system design, operated an indexer, and released an open-source tool for generating random queries to help indexers check for software memory leaks.

“They were cofounded by leading experts in artificial intelligence and cryptography, and they specialize in the same AI toolkit Google Deepmind used to beat the world’s best Go player and to then solve the age-old protein folding problem. The Graph is all about data, and just as AI plays a central role in all web2 products, this partnership will contribute to the convergence of AI and the decentralized internet,” Brandon Ramirez, cofounder of The Graph and Edge and Node, said in a statement.

Notably, this is the third grant from The Graph in the last year. Prior to this, the foundation had awarded $60 million to rope in StreamingFast as a protocol developer in its ecosystem.