You will encounter many grotesque enemies in Bloodborne, looking for a chance to make quick work of any Hunter that dares stumble into their den. A prime example of this is Ebrietas, Daughter of the Cosmos, an optional boss found within the Upper Cathedral Ward of Yharnam.

While tame until you throw the first strike, Ebrietas is easily one of the most formidable foes in the base version of Bloodborne and holds nothing back if you decide to take her on. You best be prepared before diving headfirst into this battle. You will need everything at your disposal and then some. 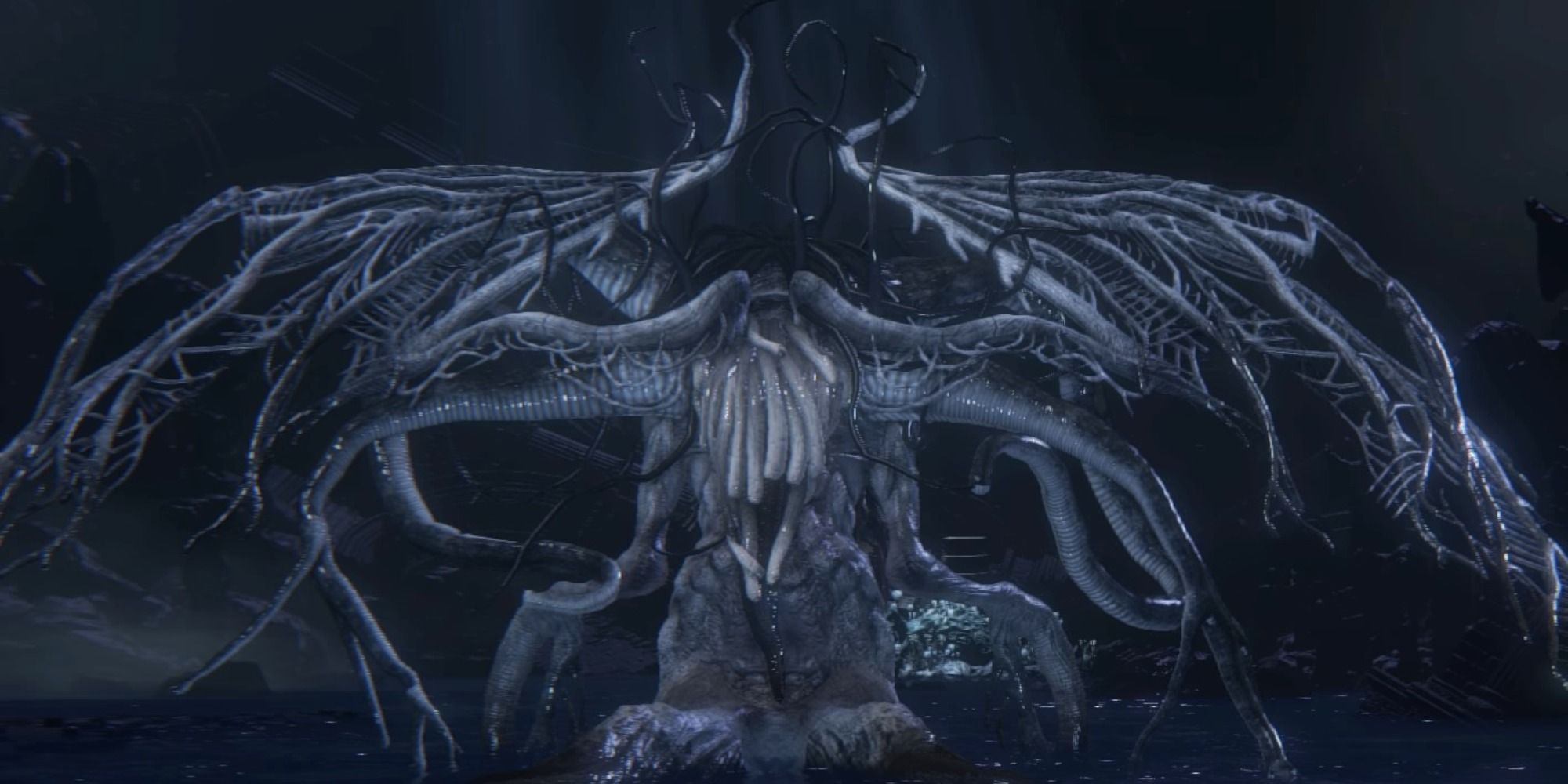 Much like every boss found in Bloodborne, Ebrietas has her fair share of weaknesses but can also surprise you with various resistances and immunities. To properly prepare yourself for the battle against the Daughter of the Cosmos herself, refer to the information below to have a fighting chance!

While there are two Ebrietas fights in the game, their location and rewards are the only difference. The guide below should suffice for both encounters but be warned the Chalice Dungeon battle is slightly more challenging due to her having a larger health pool. In the main story of Bloodborne, Ebrietas has 12,493 HP compared to the monstrous 21,223 HP to her Chalice Dungeon counterpart. The mechanics are the same, as well as the strategy. You just have to do it for a much more extended period, which will surely put your skills to the test. 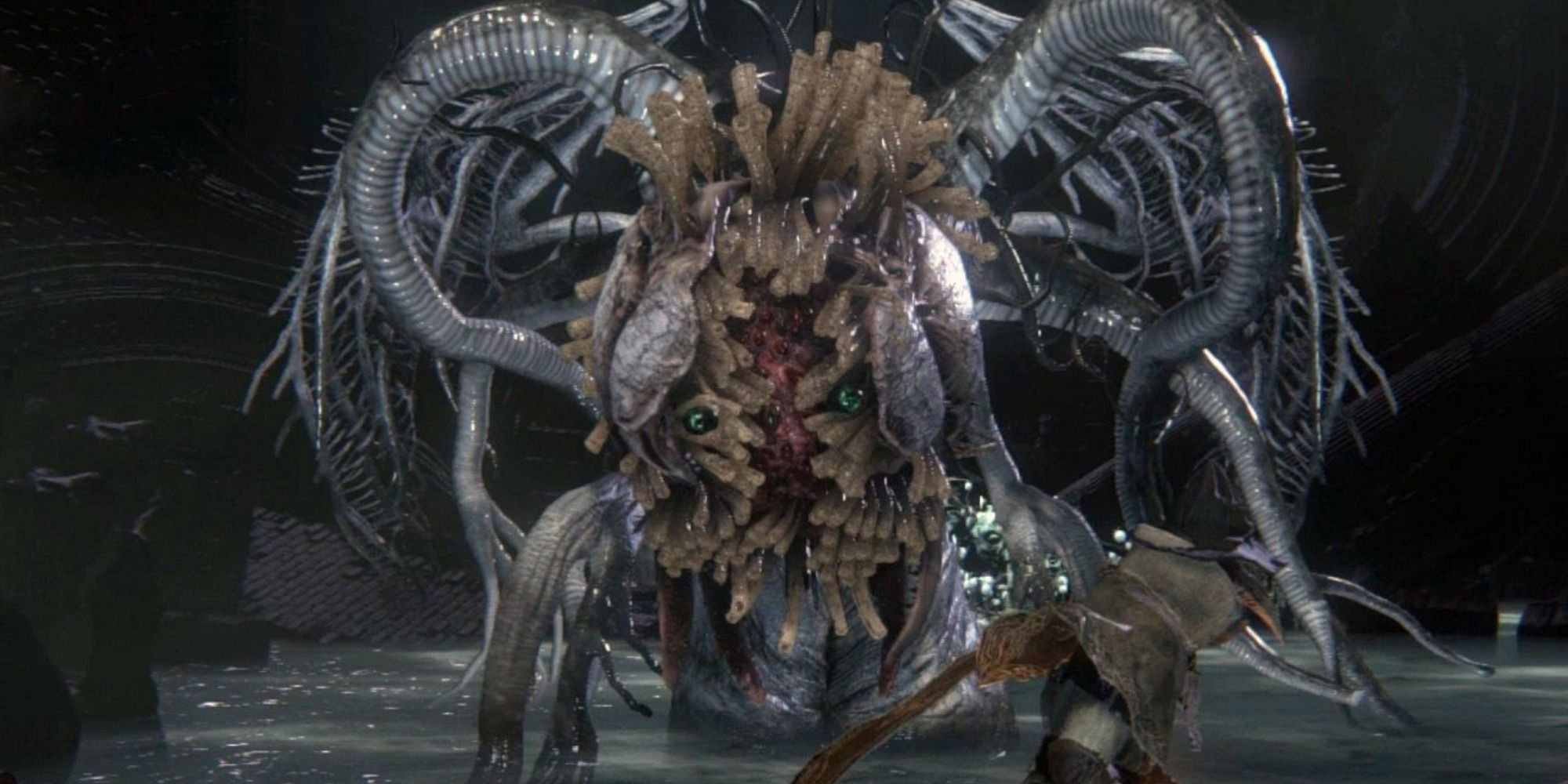 The first phase of Ebrietas' onslaught is the tamest but still poses a significant challenge. In this stage, Ebrietas will primarily attack with her head, with the occasional tentacle strike if you are too close. She will also periodically perform a charging attack that has the potential to cost you your life on the spot if caught off guard.

Fortunately, you can manipulate Ebrietas' AI and rotate around her in a circular motion. Stand approximately where the end of her tentacle lands during her attack, then move around her. Now, you have a definitive response to every attack she happens to throw out, allowing you to deal damage and get right back into your rotation quickly.

If she performs a head slam attack, dodge at the last minute, get in two quick strikes, then get back into your rotation. If she decides to use her tentacle attack, you roll outside of her reach and prepare for her next move. Hitting her with roughly six light attacks and three heavy attacks will open her up for a Visceral Attack. There are also moments where Ebrietes will charge or vomit blood. In both instances, roll away from her in the direction of your rotation, and wait until she settles down. 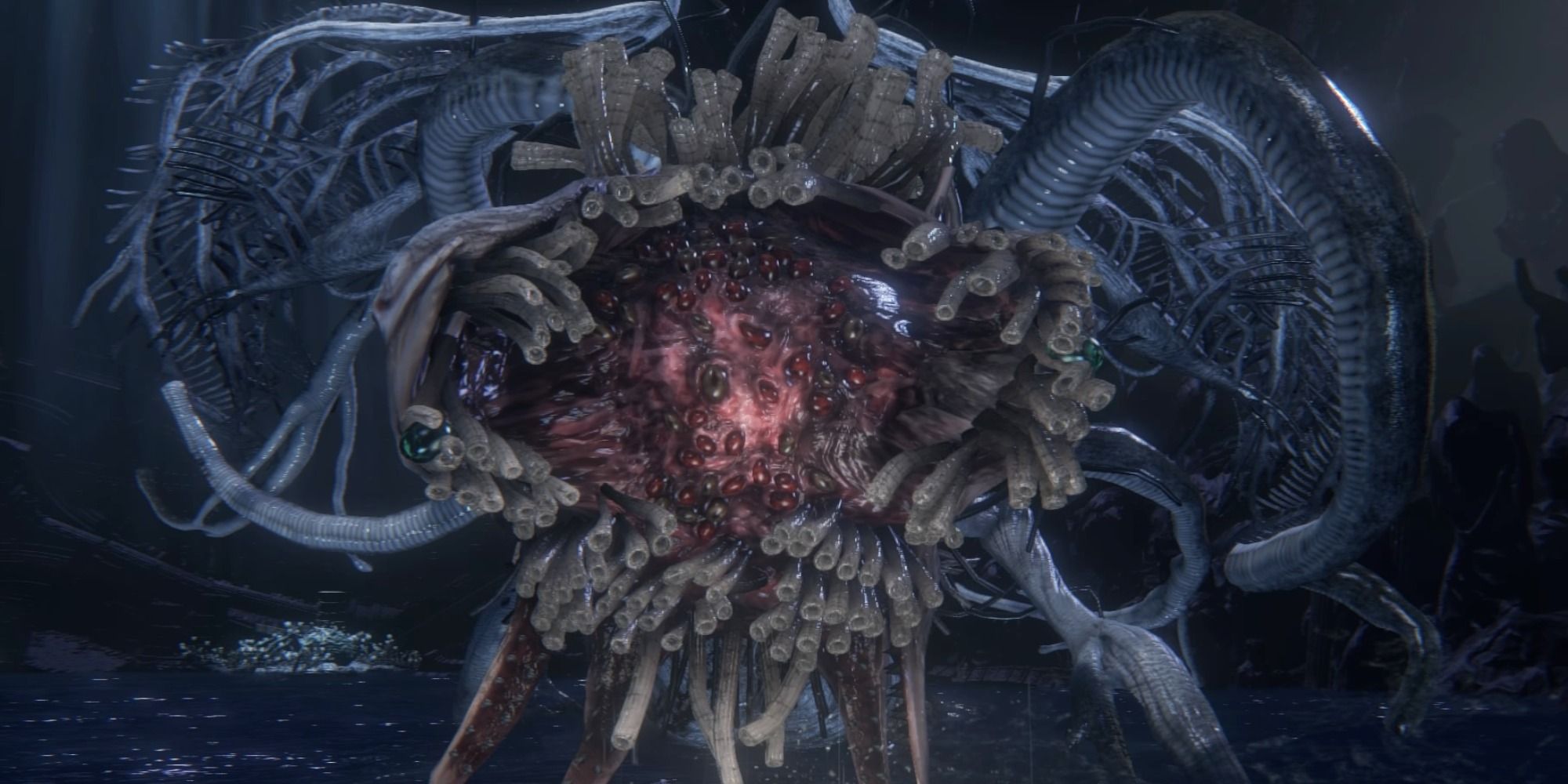 Now it's time for the "fun" to begin. The second phase is where Ebrietas really comes to life and proves herself to be one of the most formidable foes in the game. This stage starts whenever you widdle Ebrietas' health bar down to 50%, which will grant her special abilities you must be on the lookout for at all times.

Unlike the first phase, Ebrietas' second phase is much harder to manipulate, forcing you to tighten up your gameplay and attack whenever the opportunity presents itself. In this stage, Ebrietas will start casting Arcane magic, periodically fly around the arena, and deal much more significant damage than before. Anytime you start seeing Ebrietas gather Arcane particles above her head, prepare to evade toward her when she places her tentacles on her head. Doing so will let you dodge every Arcane Missile if performed correctly.

One thing that catches many people off guard, especially newcomers, is Ebrietas' flying attack. When she takes flight, keep an eye on her until you see he about to land. She will always crashland onto the ground with a powerful slam, time your roll perfectly to negate damage, and land a light attack. Next, evade her tentacle swipe and perform another light attack. In this phase, Ebrietas will also perform a tentacle slam attack, which you can dodge and attack her tentacles several times with light attacks. She will also still execute the charge attack and head slam from phase one, which requires the same solution.