Found behind an illusory wall not far away from where Yuria the Witch is being held captive in 1-3, this seemingly impenetrable doorway now merely has but the quote “A symphony of rumors…” to go by and a cheeky Wish You Were Here postcard of what lies in wait beyond.

Discovered on Saturday by Reddit user OrganizedBonfire, this new secret door has left a lasting impression on the Demon’s Souls community and player base – so much so that it has already spawned its own subreddit titled simply demonssoulsdoor. Rumors and theories abound about the method for unlocking this strange new entry in the game. More importantly, the question of what that lone item is hidden on that balcony remains the most intriguing aspect of all.

In its captivating tweet, Bluepoint even tagged well-known Souls speedrunners and streamers, main among them being VaatiVidya, who is arguably the most knowledgeable on the Souls franchise behind Miyazaki himself. And yet, even he has no idea how to open the new door. Bluepoint’s post gives all but a vague set of words to run with, specifically “symphony,” which Vaati noted in response to the tweet. It wasn’t the first time it used those very same set of words, either, as a year-old tweet from Halloween proves Bluepoint is smiling from the shadows as the Demon’s Souls player base spins into a void of uncertainty. 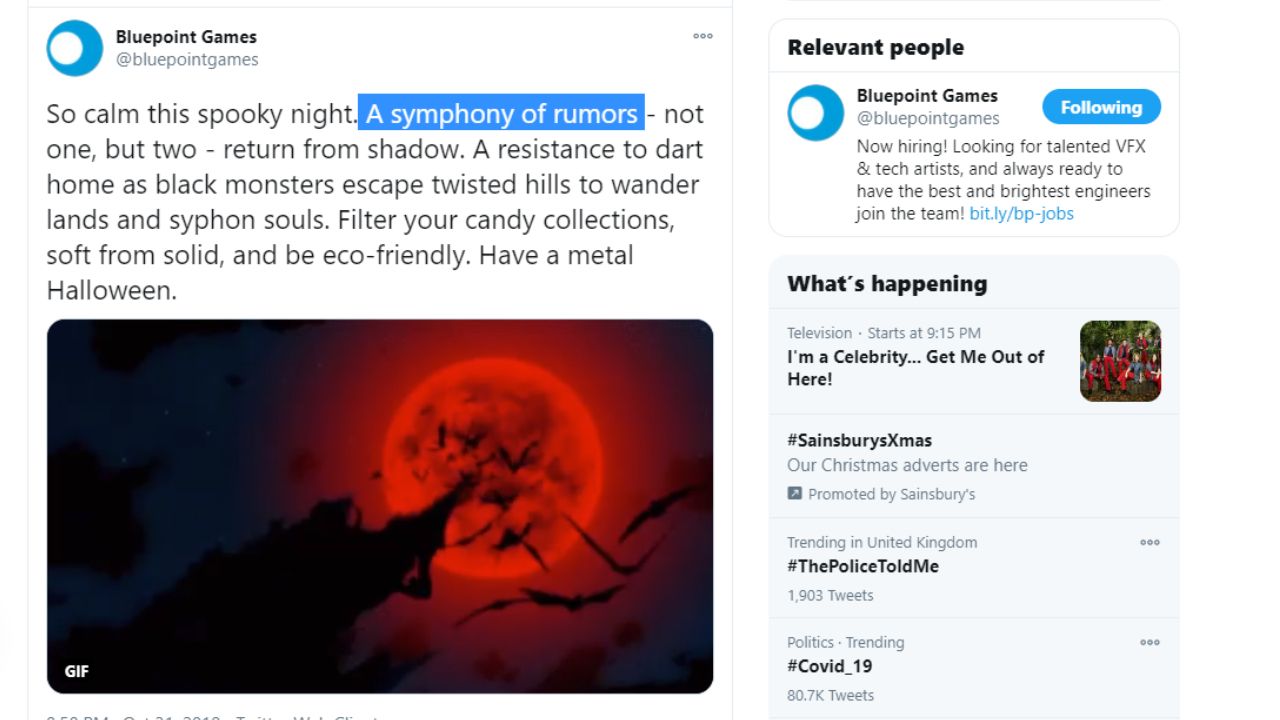 The wild goose chase now leads fans in search of this unknown key (if there even is a key at all), whether it be found in the music of the game, Demon’s Souls lore itself, or potentially mirroring Bluepoint’s previous addition made to Shadow of the Colossus. Several others, however, believe they have some sort of an idea, like one Reddit user named Saikrai, who posted their long-winded theory in the Demon’s Souls subreddit claiming that the order of boss battles and world tendency might have something to do with it.

Thus far, the case of the secret door still stands and many – if not all – Demon’s Souls fans will remain sleepless until it is finally pried open.