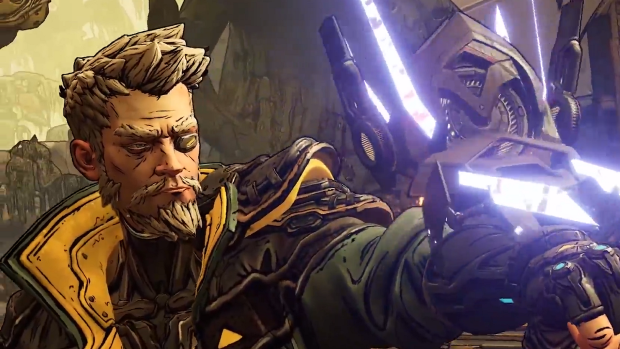 Obviously, some of the game is going to take place on Pandora, as have all the games so far (the pre-sequel involved a moon, so, mostly). For the first time though we will be able to take to the stars. No word on exactly how this will work as of yet, but it may well just be a matter of fast travelling as per the DLC offerings that have come before. It does mean we should get to see a lot more variety in the scenery, enemies, and possibly even physics. Back in 2017 Randy Pitchford was at GDC and said: “there might be different physics and the sun and the moons might be in different positions than what we’re used to on Pandora.”

There will also be a lot more to the game than ever before according to this tweet and also this tweet both from Randy Pitchford. He has said that the overall game will be far larger than ever before and that there will be an even more sizeable endgame. If you have played through the post-game parts of 2 of The Pre-Sequel then that is quite a statement.

Guns, combat, and other drugs

There are lots of new guns. Obviously. This time though the weapons will look a lot more varied according to this (very short) tweet by Mr Pitchford. In it, he confirms that weapons will have more colo(u)r (American brutes) and skin variety than in Borderlands 2. Good news for those who like a bit of colour. Plus, the trailer showed us guns with legs, which could well be from a new manufacturer or just a special ability.

The Slag element won’t be returning for number 2, instead replaced by the Radiation element. It will have a similar effect though and will increase damage dealt to the inflicted as well as causing damage over time. No word on whether or not it will give your enemies superpowers just yet though.

Perhaps the most interesting of the weapon reveals is that there will be one off-hand melee weapon. There have always been melee attacks in Borderlands, but those don’t normally come via equippable items. Well, some weapons have melee attacks, but they are still mostly for the shooty shooty. 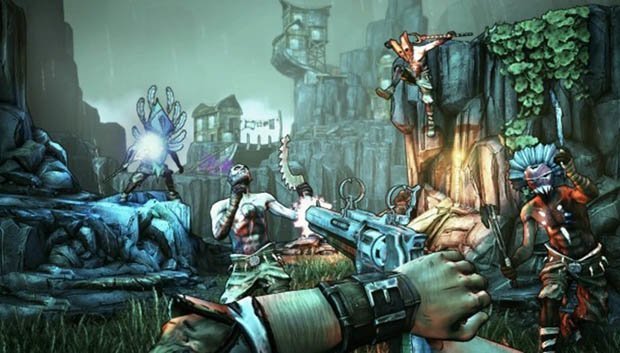 This is really the main draw of the game for many. Splitscreen returns to the series, which is always lovely to see. You will still be able to venture around with up to three other people as well, no doubt the game will scale for how many players there are as it always has done. This is good news for those with friends both near and far, or those with no friends because who needs ’em?

Loot can now be set to drop either as a shared pool or for individual players. This means that if you’re with friends you could have it so that you all scramble for the best guns. It also means that if you don’t trust your friends – and why should you – that you can make sure you are the only one who can pick up your hard-earned weapons.

There might even be crossplay according to this piece by Gamespot. They reached out to 2k and got this back “Cross-play is something we’re looking at closely, but we don’t have anything to confirm or announce at this time.” If I were a betting man, I would assume that Sony might be the ones who would cause this to fall apart.

For now, that is everything we know about Borderlands 3. This piece will get updated regularly though, so make sure you check back to see what is new.