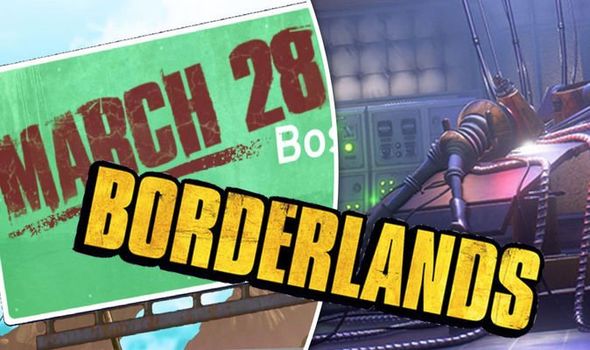 The Borderlands 3 PAX East reveal is creeping ever closer, as Gearbox unveils the long-awaited sequel.

Gearbox will be taking to the stage at PAX East to showcase a number of mystery new games.

The Gearbox PAX East presentation will take place at 6pm GMT in the UK, or 2pm EDT if you live in the US.

And you can watch the Borderlands 3 gameplay and release date reveal for yourself by tuning into various livestreams.

The Gearbox presentation will be broadcast live on Twitch, Mixer and the studio’s YouTube page.

And while a Borderlands 3 reveal hasn’t been officially confirmed, all signs point towards a sequel being announced at PAX East.

This is based on a number of Gearbox teasers with a Borderlands feel in recent weeks.

The most recent teaser hints at something called Borderlands Mask of Mayhem.

The brief teaser trailer confirms that “Mayhem is coming”, while displaying a picture of a mask.

According to an alleged leak on 4Chan, the game is said to contain four new Vault Hunters.

It’s said to take place five years after the previous game and its prequel.

The post also claims that AI Jack could make a return, but not as a villain character.

Likewise, the game is said to start on Pandora, before moving to other locations.

Gearbox has also teased a number of separate announcements for non-Borderlands releases.