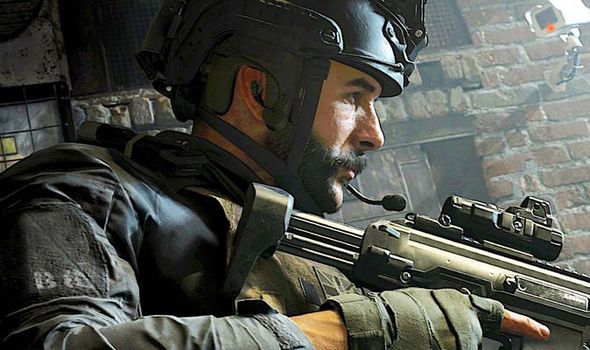 Call of Duty Modern Warfare developer Infinity Ward has hit back at claims of publisher interference.

Public gameplay demonstrations for this year’s Call of Duty release have been kept to a minimum. Instead, developer Infinity Ward has opted for behind-closed-doors presentations featuring some rather controversial content.

This includes one scene in which a nine-year-old girl stabs Russian soldiers who have massacred her family and other civilians.

Former Sledgehammer studio head Michael Condrey recently suggested that Activision is pushing for a darker and more controversial Call of Duty release as a way of grabbing headlines.

Speaking to VentureBeat about the new Call of Duty release, he said: “I maintain that video games are the most important art form of our time.

“I respect every developer who strives to deliver their work as an extension or reflection of their artistic vision.

“That said, MW seems like a tough challenge for any studio, especially if they are being pushed by publishing to be more controversial and “darker” for the sake of headlines.”

But Infinity Ward has seemingly come to Activision’s defence, dropping the bombshell that this is its vision and not the publisher’s.

In a post on Twitter, Infinity Ward said: “To be very clear, we’re making the exact game we want to make, and we can’t wait until October 25th.”

It also appears to have ditched the Battle Royale gameplay found in the most recent release Black Ops 4.

“The stakes have never been higher as players take on the role of lethal Tier One operators in a heart-racing saga that will affect the global balance of power,” reads an Activision post.

“Developed by the studio that started it all, Infinity Ward delivers an epic reimagining of the iconic Modern Warfare® series from the ground up.

“In the visceral and dramatic single-player story campaign, Call of Duty: Modern Warfare® pushes boundaries and breaks rules the way only Modern Warfare can.

“Experience the ultimate online playground with classic Multiplayer, or squad-up and play cooperatively in a collection of elite operations accessible to all skill levels.”