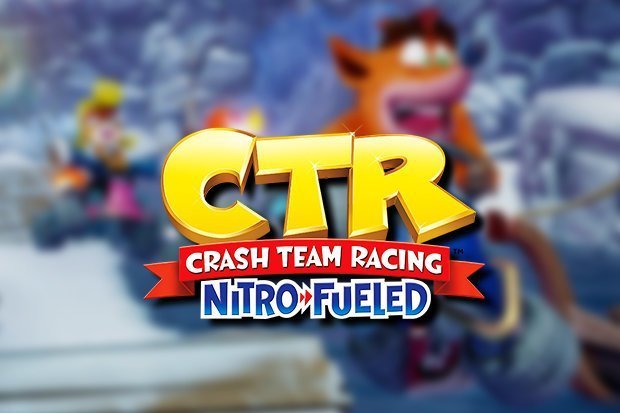 Crash Bandicoot N Sane Trilogy has sold over 10 million copies. It was the best-selling PlayStation 4 exclusive the year it launched. Across Nintendo Switch, Xbox One, PC and PS4, it’s the best-selling Crash Bandicoot product of all time. To say gamers have an appetite for Crash and his wumpa-fuelled adventures would be an understatement – we’re practically ravenous for him.

Enter Crash Team Racing Nitro-Fueled – a remake-cum-remaster of the first two Crash Team Racing games. These games (originally developed as PlayStation rivals to the Mario Kart franchise) took the level design, colourful aesthetic and decidedly 90s vibe of the original Crash trilogy and crunched it down into a kart racer – complete with all the vibrant personality and tight gameplay the series had come to represent.

Vicarious Visions did a stellar job distilling everything that made Crash great when it released the N Sane Trilogy back in 2017, and we were nervous about Beenox taking over development duties for the CTR remake – we were worried that years of working on Call of Duty ports and Skylanders expansions may have inhibited the creative spark something like Crash needs to really come alive.

Our worries were misplaced. Crash Team Racing Nitro-Fueled is bottled lightning: it takes everything that made the original Crash karting games great and amplifies them, highlighting the finely-tuned mechanics of the original and dressing it up with more detail, more personality and more love.

If you liked the N Sane Trilogy, you’re going to love this.

The second you’re plonked into a car, roaring your engine at the starting line, it all clicks into place. The handling of the cars, the weight of the drifts, the lift on the boosts… all of it feels more or less exactly what you remember from the originals. On our way play Nitro-Fueled, we’d been playing the original CTR on our PS Vita – and we were honestly floored by how authentic the new game feels.

Tight corners, brutal hairpins, massive drops, hidden shortcuts, and sadistically placed hazards are all present and accounted for, and all keep you on the edge of your seat as in the original.

The implementation of the weapons and crates all feels right – if not a little bit looser than you’d expect. Before, Bowling Bombs would tumble towards your foes like big bumbling boulders – now they feel a little faster, a little more direct… and a little smaller, too.

Likewise, rockets seem a little less aggressive, fuelled by loose arcs rather than the determined, tenacious heat-seeking nonsense that powered them in the original games. That’s not a bad thing, though – in fact, because the courses themselves feel a little bigger in their eye-watering, widescreen, 4K setup, these faster-but-less-accurate weapons actually feel better suited to the game.

Similarly to the N Sane Trilogy, there are some quirks when it comes to collision and detection in the game here. Skimming a box with a one-pixel margin just doesn’t cut it anymore – you’ve really got to hit the box in order to break it.

You can’t take advantage of polygonal planes to skim up questionable curves, either – the bevelled surfaces and more robust physics engine will punish you if you try to trick your way up roads and routes a kart has no place being. And that’s fine – that’s how games work now, in 2019, and Nitro-Fueled is all the better for it.

Some people are probably going to get upset that this doesn’t feel the same as Crash Team Racing, but that’s kind-of the point. As good as the PSOne Classic is, it wasn’t perfect (this writer is saying that as someone that did speedruns in the original, too).

By incorporating some of the modernisation that Crash Nitro Kart brought in – and making the new PS4 title feel and look like a game releasing in 2019 – Beenox has actually improved the formula and resurrected the classic console karter in an even more timeless way.

Beenox deserves so much praise for how it’s taken the karting formula and reinvigorated it in such a way it could even run Mario Kart off the road. This – honestly – has the capacity to sell just as much, if not more, than the N Sane Trilogy.

Let’s just hope it doesn’t run out of juice when it releases in full on June 21.