While everybody likes to role play, especially in an RPG like Cyberpunk 2077, not everyone likes to role play as a moron. With additional dialogue choices and the chance to make V sound like an expert on any subject, the intelligence attribute is one that you should seriously consider to feel in control at all times.

All that being said, let’s not ignore the action portion of the game as well. Being smart is nice, but it means nothing if the combat is terrible. Dead bodies have an intelligence of exactly zero, so keeping V alive is the top priority. Many of these perks will help you stay at the top of your game while others are just a waste of space, and with so few skill points given out, it’s important to differentiate which is which. 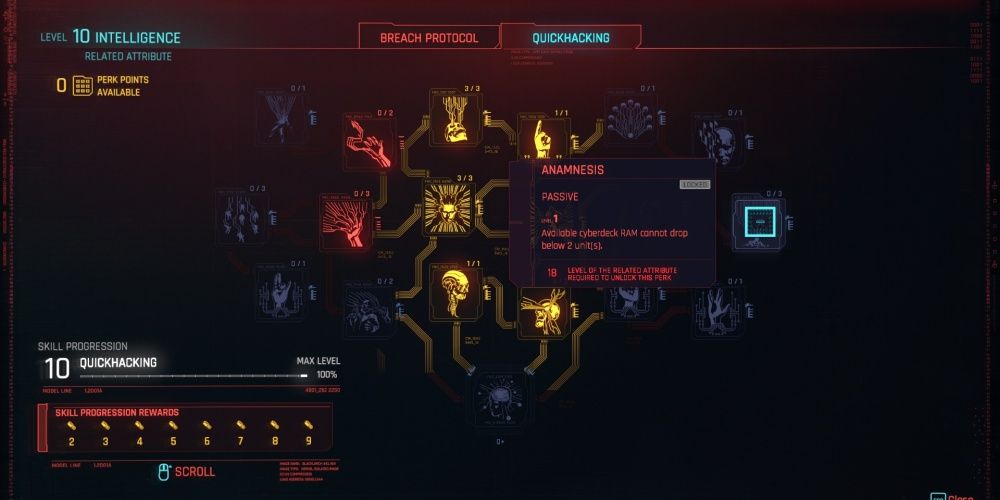 Bordering on overpowered, this is an absolute must for players who rely on hacking and intelligence. So long as what you use costs less than 4 RAM, you’ll never be forced to stop hacking.

This skill makes it so that at the end of fights, you’ll never be forced to hide and wait or switch to shooting. You can dish out hack damage forever.

Not Worth It: Hacker’s Manual 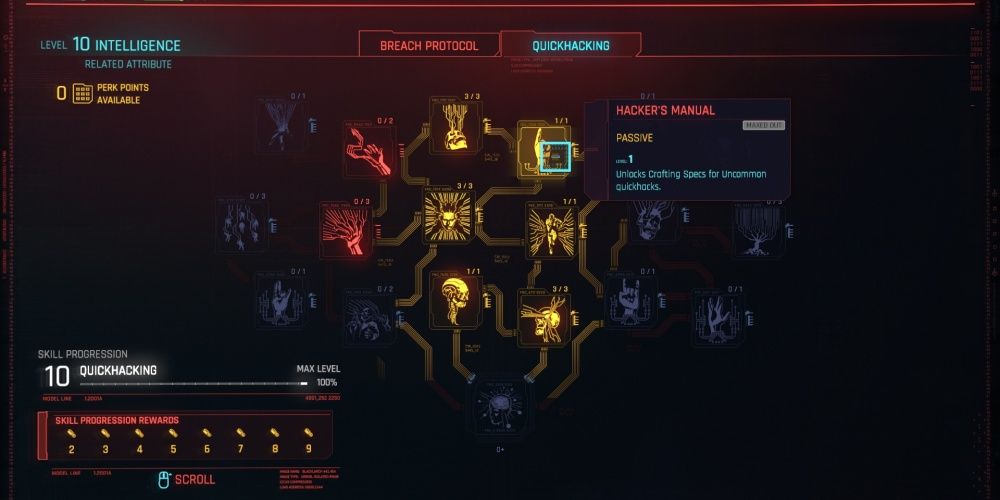 To be clear, crafting on any skill tree is not in a good place right now. By the time you’ve acquired the ability to craft, you’ll have found countless items that are better than what you can craft.

If you really insist on crafting, go ahead and get the Bartmoss’ Legacy so you can make legendary quickhacks, but ignore all three of the lesser crafting skills, especially this one. 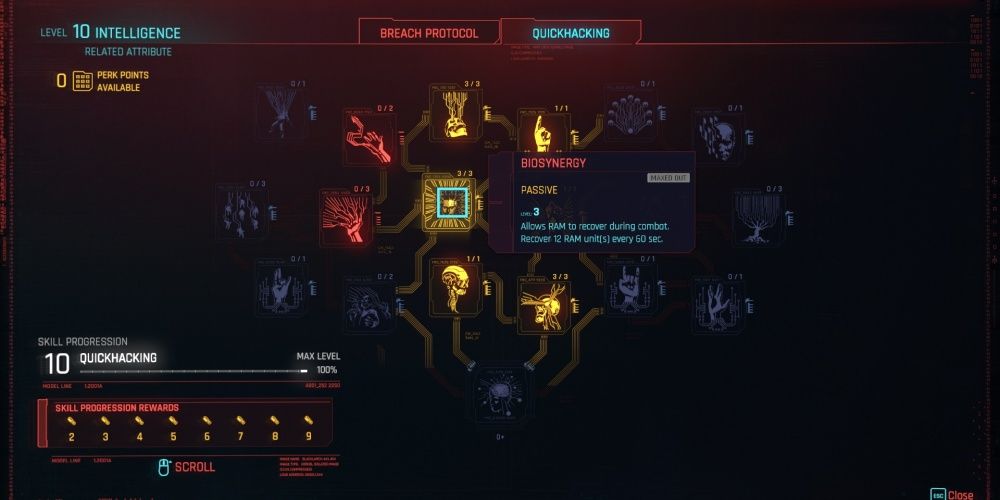 Without this, in combat, your RAM will stand still. If you are specializing in mostly gun abilities, maybe that’s OK, but if you’re into intelligence, then this is how to sustain your abilities for an entire encounter.

This is especially helpful in bigger fights when you might need to use a 10 RAM quickhack against a single enemy to disable it. This will make it so that you’ve still got enough juice to take out the minions afterward.

Not Worth It: Almost In! 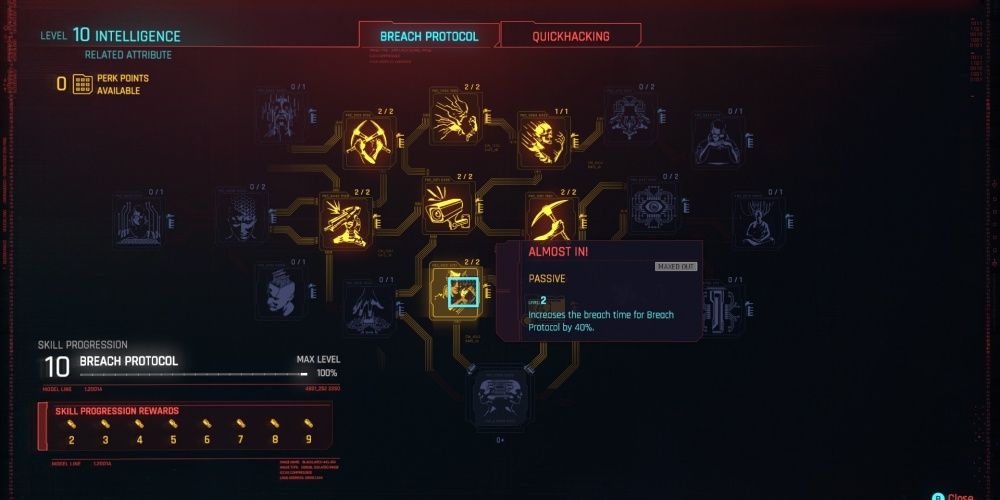 Nobody is trying to brag here; carefully choosing which codes to enter for the Breach Protocol is important. But the time limit is not a factor for even the slowest of players.

The thing is, even if it increased the time and took away the limit entirely, the timer does not start until you start inserting the code. So players wait until they know which numbers they want first, making this skill totally irrelevant. 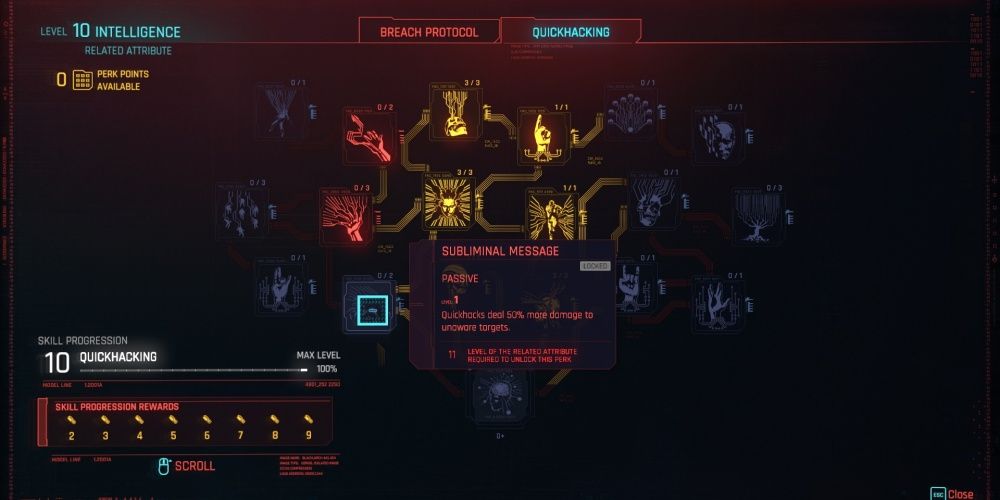 Double damage with quickhacks? Yes. This will ensure that every robotic unit in the game will die in a single hit on most difficulty settings and almost every organic unit will suffer the same fate.

Almost every other skill involves hacking quicker and cheaper. But don’t forget to get some bang for your buck with this.

Not Worth It: Mnemonic 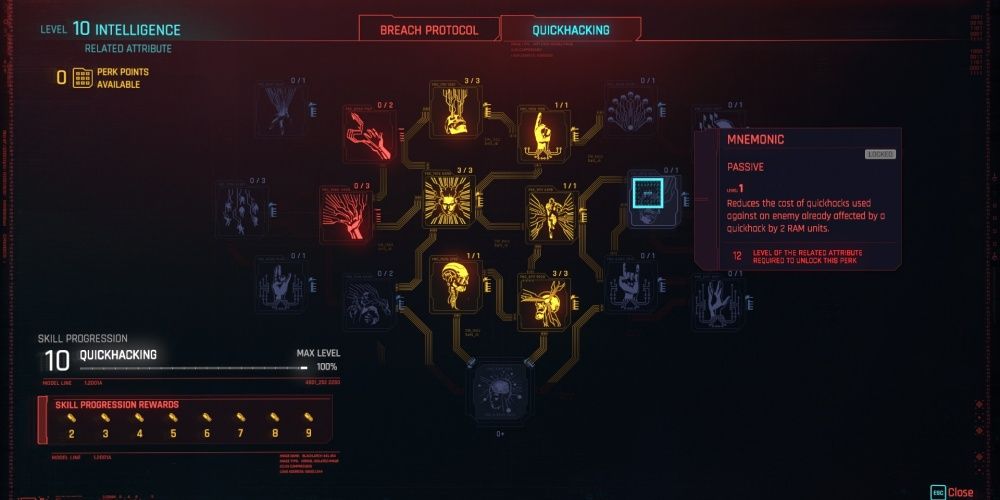 If the unit is already affected by a quickhack, it should likely be dead already. If it isn’t, reducing the cost by 2 RAM is fine and all, but with Anamnesis and Biosynergy, you will likely never need to worry about RAM again.

About half of the skills on the tree reduce RAM requirements by one, so by the time you have access to Mnemonic, you probably have every quickhack close to only a couple of sticks already. 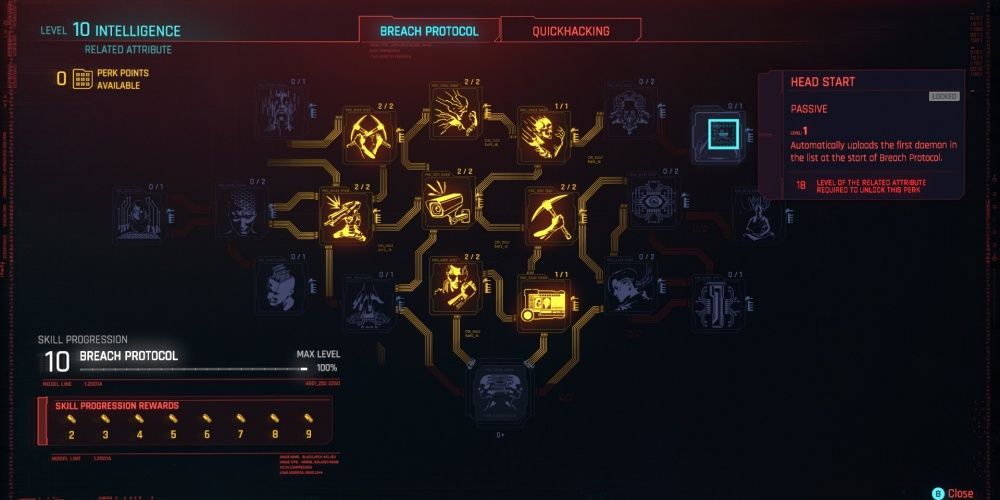 Even if you are good at Breach Protocol, almost every time, you will not be able to upload every daemon you have access to.

This is not because you’re not talented, it’s just not possible with the random number generation on the board. This will help you get your most important daemons uploaded without having to sacrifice pinging all targets in the area.

Not Worth It: Turret Shutdown 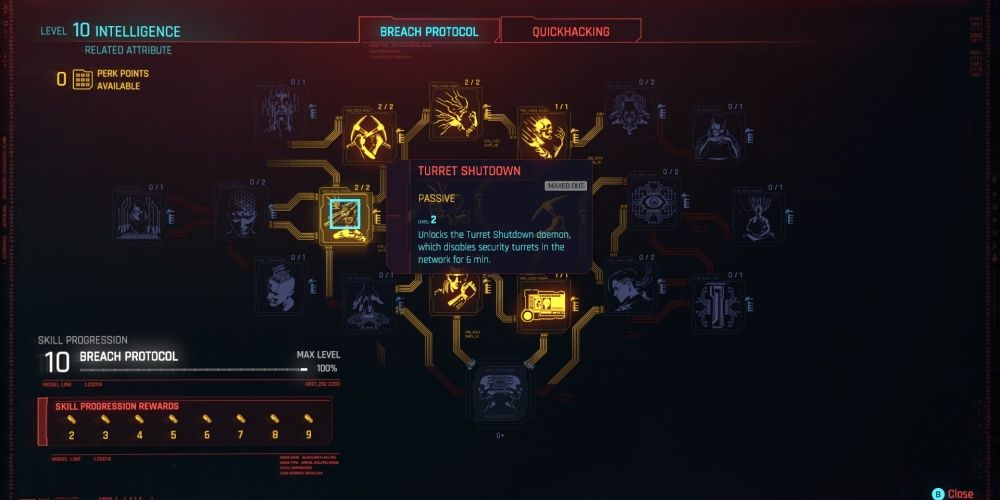 Do not get this daemon unless you absolutely must. It clashes with the Turret Tamer daemon which gives you friendly control over the turrets, which is obviously better than disabling them.

You can get the skill and then ignore it when you’re breaching their defenses, but your points will be better spent on daemons that don’t contradict other daemons. 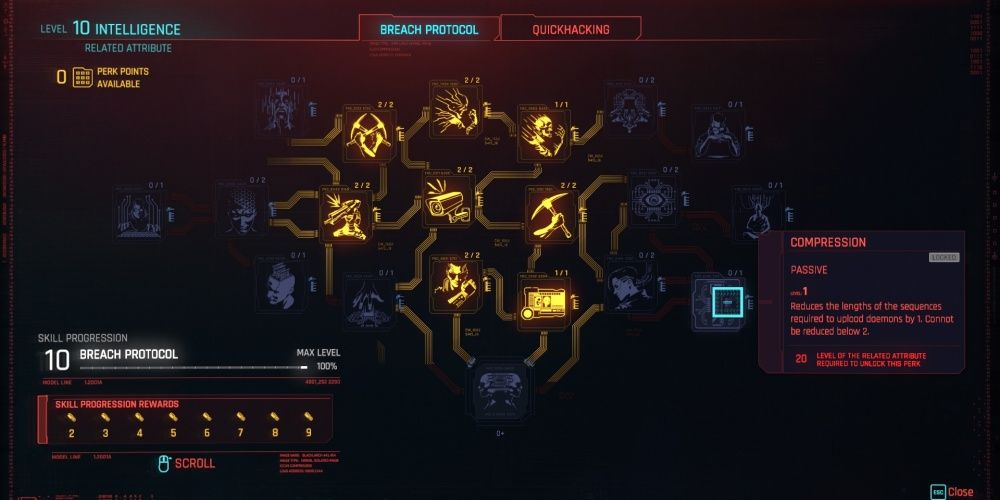 Compression is critical to any intelligent character that is going to be breaching. It requires a minimum attribute of 20, but the payoff is worth it.

This helps V do better in two ways. The first is that it makes codes easier to enter. The second is that it makes it more likely that you can chain multiple codes together so that fewer daemons go to waste.

Not Worth It: Cloud Cache 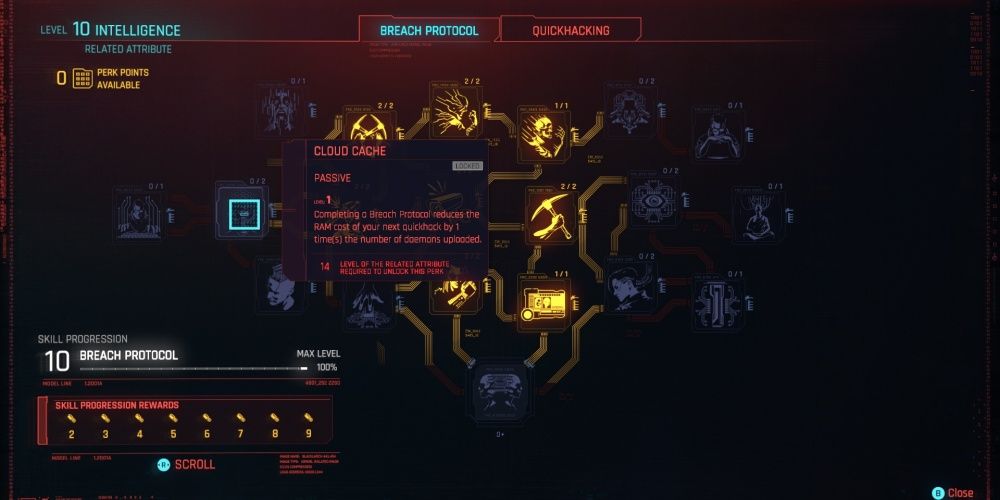 So, in practice, if you have two points in this skill and you upload 3 daemons, then your next quickhack is reduced by 6 RAM. That’s fine and all.

But RAM is hardly an issue if you’ve built V correctly. And instead of an ongoing effect, this only applies to one, single hack. Usually, after a breach, your next quickhack should be a cheap ping on the enemies, so lowering the cost by a lot won’t be fully utilized.

Next: Cyberpunk 2077 Complete Guide And Walkthrough