Cyberpunk 2077 is still scheduled to release on December 10th (at least for now), and as we get down to the wire, several publications are getting the honor of previewing Cyberpunk 2077.

PC Gamer seems to have gotten first dibs. Andy Kelly has played a bunch of Cyberpunk and has documented his discoveries in a recent article. Perhaps the most notable discovery was Night City’s red light district, which is playfully called Jig Jig street.

As you’d expect, the street is covered in sex workers both male and female, all of whom proposition V for sex. And if you say yes (and have the money to pay for it), you’ll be treated to a “slickly edited montage of V getting her end away, which is pretty good as far as videogame sex scenes go.”

Given that we already know about genital customization courtesy of the ESRB, is any of this really a surprise? 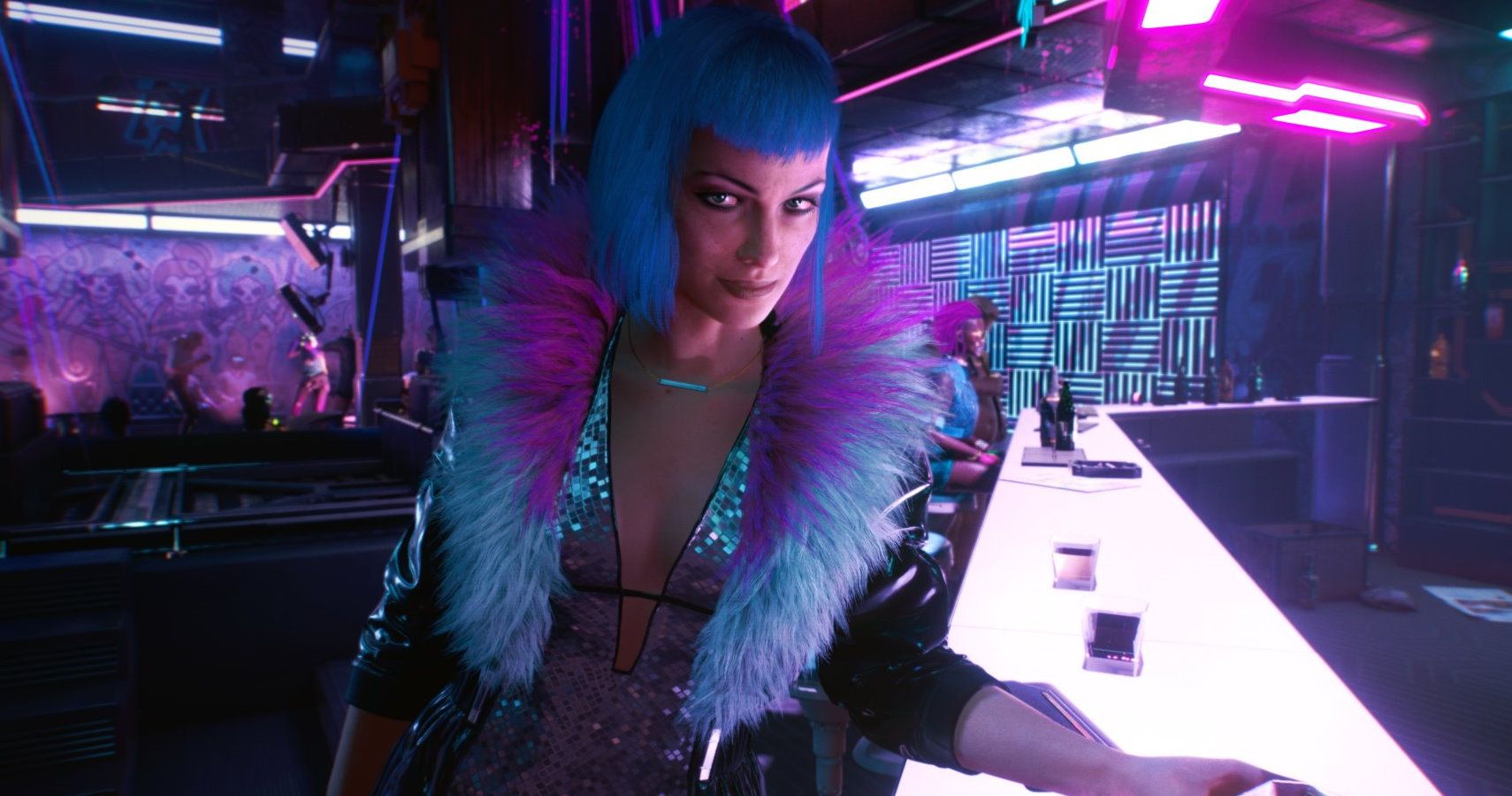 If you see anyone slumped on a couch or in an alley with a visor over their face and drool coming out of their mouth, it’s probably because they’re using a Braindance chip.

If you’re looking for a behind-the-scenes look at how Cyberpunk got its soundtrack (and maybe listen to a few tunes while you’re at it), we got you covered. Or you can take a look at the latest Cyberpunk trailer that shows off V’s inventory, skills, and cybernetics, and also explains just how Johnny Silverhand got to be in a chip in V’s head.