We’re less than a month away from the release of Cyberpunk, and although it should have been released by Thursday, we’re being told from many sources that CD Projekt Red has no plans to further delay what is probably the most hotly-anticipated game of the century.

One of those sources is Reddit user Mikeymorphin, who works for a company that just got a whole bunch of Cyberpunk 2077 promotional materials. They’re promising that Cyberpunk 2077 will be out on December 10th as planned, and to prove it, he’s got a box of Cyberpunk promo and a few PS4 jewel cases.

We can glean a few useful pieces of info from those PS4 cases. On the back of the box, it confirms that Cyberpunk 2077 requires 70GB of storage and that it comes on two Blu-Ray discs.

It’ll also sport PS4 Pro enhancements (unsurprising, given the fact Cyberpunk 2077 will also release on the PS5), and it’ll be a single-player game only with remote play support.

And of course, it’s rated PEGI-18 for language, graphic violence, and the ability to customize your nether regions in ways no game has ever allowed for. 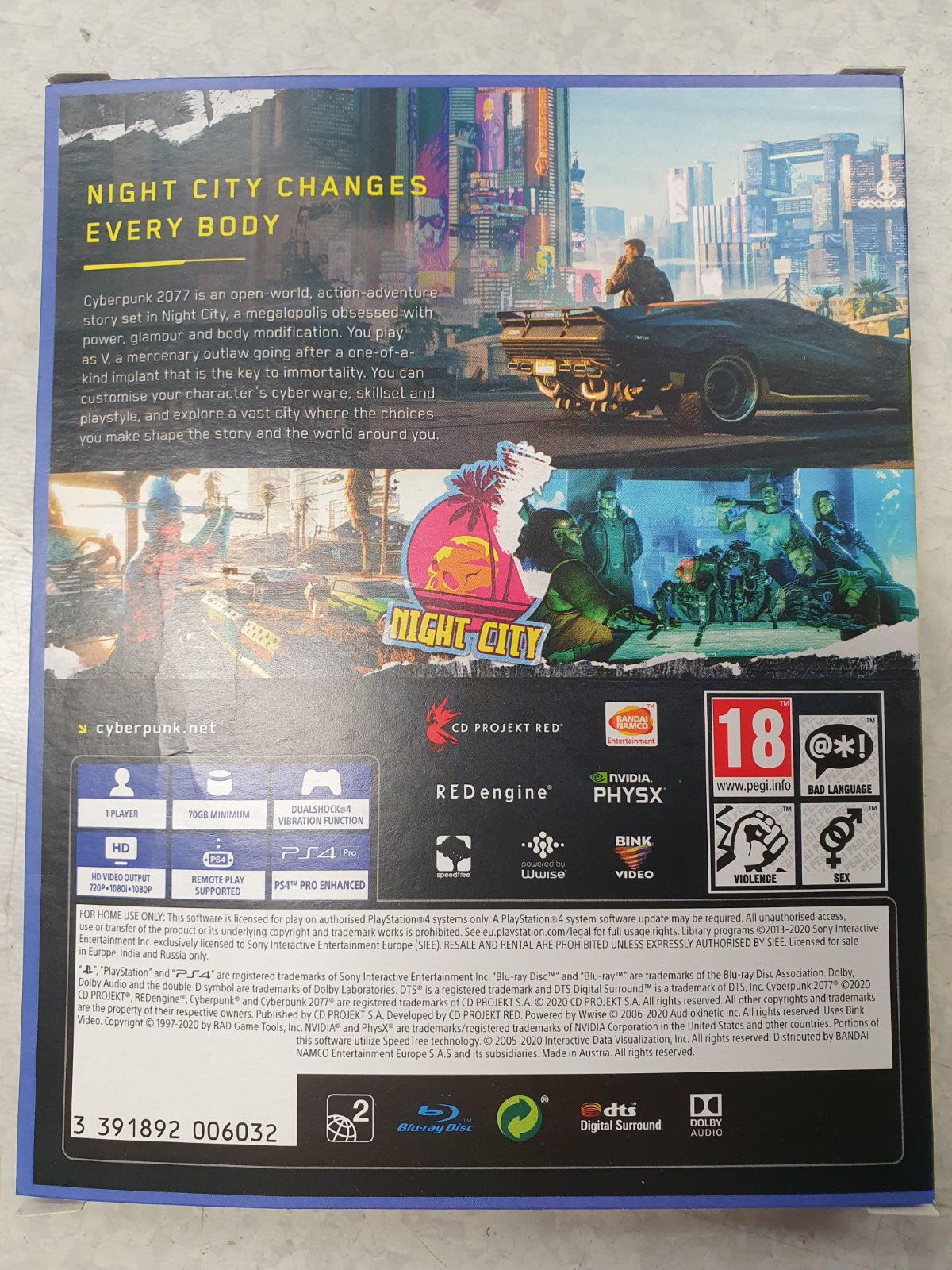 The fact that Cyberpunk 2077 comes on two discs makes it seem likely it’ll follow the same convention set by Red Dead Redemption with one disc being for installation and one disc being for actual play. We’ll have to wait and see if there’s an option to install more on your local disc to avoid loading times or having to use the play disc.

A new ad has started popping up on Twitter confirming Cyberpunk releasing on December 10, and there’s even a new German ad that shows off what is expected to be the game’s character creation screen. It doesn’t look to be all that different from other RPGs, but we didn’t get to the genital customization options that we’ve been promised.

Also, Keanu Reeves is confirmed to be canon in the Cyberpunk universe, and honestly, we think that Reeves should be canon in all game universes.