Danganronpa S: Ultimate Summer Camp does not give you much time to level up your characters. After finishing Development Mode, your student's stats remain stagnant unless you equip them with a weapon or piece of armor in Battle Mode. Therefore, reaching the max level in Danganronpa S is challenging, even after multiple Development Mode playthroughs.

Luckily, Danganronpa S will pay you back in time as you continue to grind. The game even rewards shortcuts and boosts after completing specific tasks. So stay encouraged, and keep reading for tips to reach the max level.

10 Learn The Game Board And Develop A Strategy 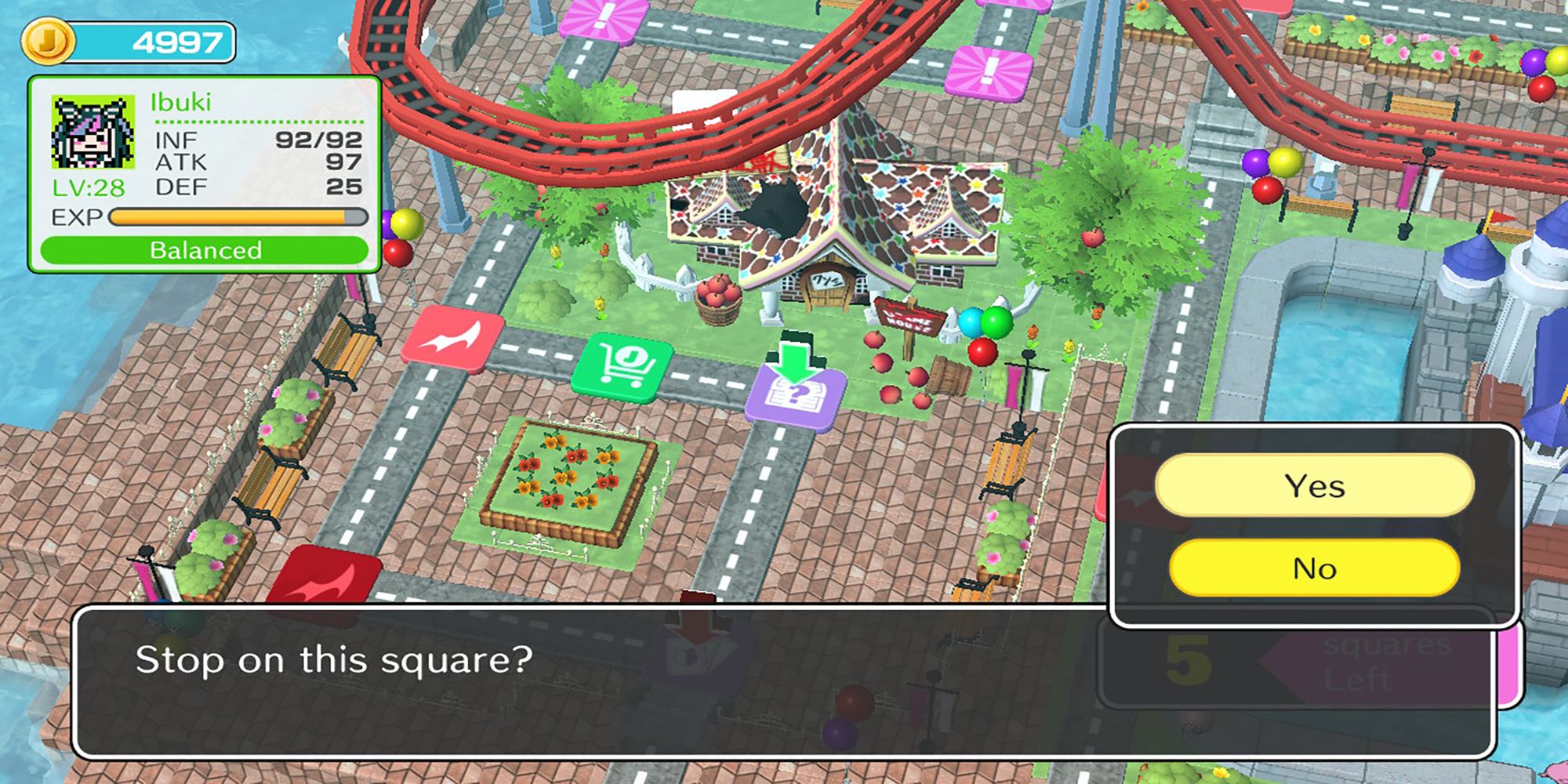 Experience is one of the best teachers, and this rings especially true for Development Mode. While you can read through multiple guides, you will not truly understand the game board until you play through it a few times.

Learning the board will help you understand the purpose each island serves. For instance, you should have a general idea of the most prevalent squares for each island, what items each island shop has, and where each boss dungeon is. Studying these factors will help you develop a gameplay strategy that works for you. Furthermore, while it's encouraged to complete the entire board, you can reach level 99 without doing so. It's all about how you take advantage of what the board has to offer. 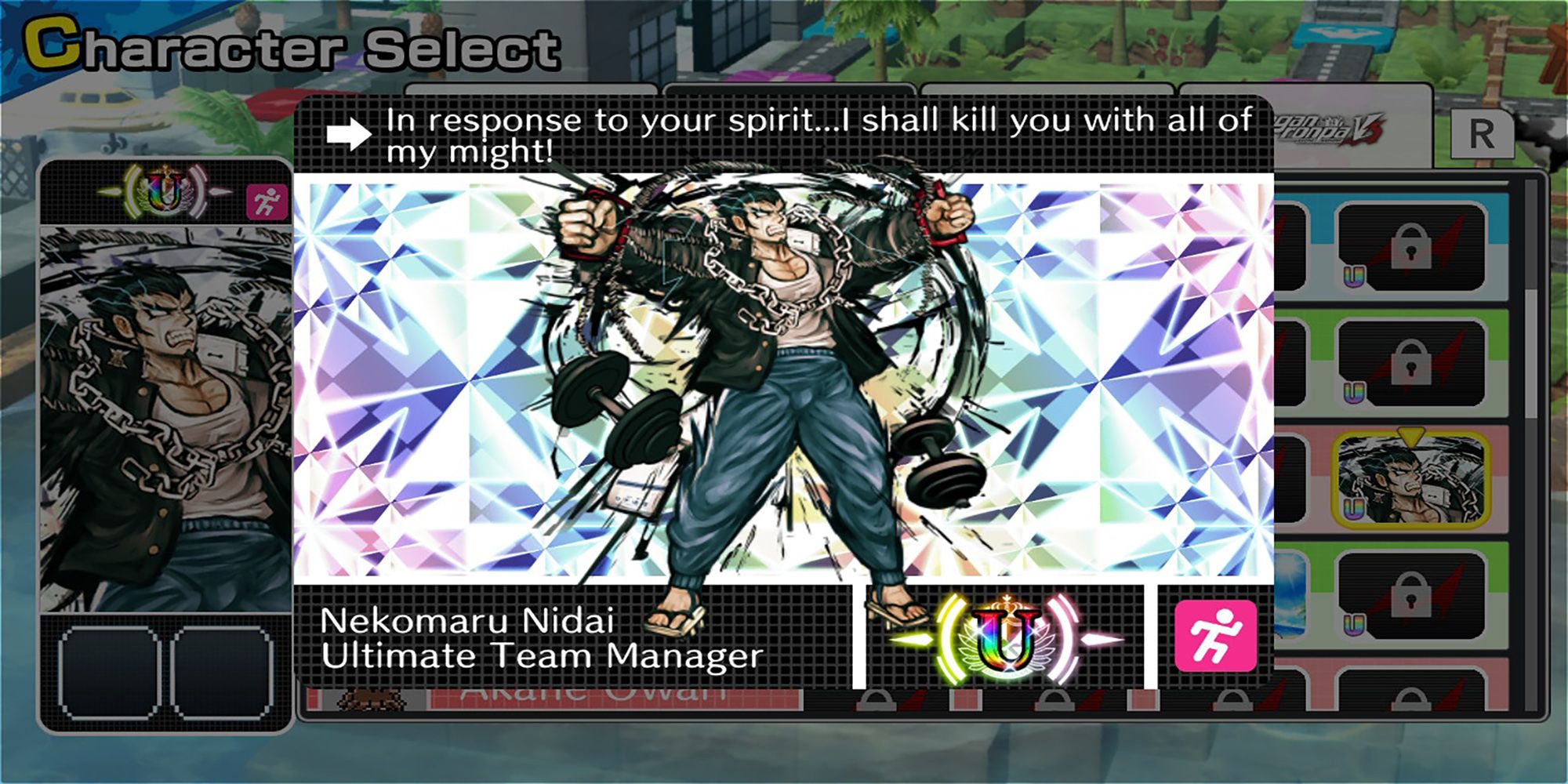 Not all character cards develop the same. As a character card's rarity increases from N to U-rank, so do their boosts on the board. For instance, S-rank characters earn more status buffs from events and twice as many talent fragments from Talent Squares. Therefore, you'll have an easier time strengthening these characters than you would N-rank. However, this begs the question, how do you get high-ranking cards?

Your best chance at earning high-ranking cards is from the MonoMono Yachine, a palm-tree vending machine based on the same machine from Danganronpa 2. MonoMono Yachines guarantee character-rarity cards of S or higher. In addition, this machine takes pink Monomi coins, which you can earn by completing the Usami Flower Mode missions. Completing more challenging Usami Flower Mode missions can also give you Golden Monocoins, transferable for U-rank character cards in the Golden MonoMono Machine. 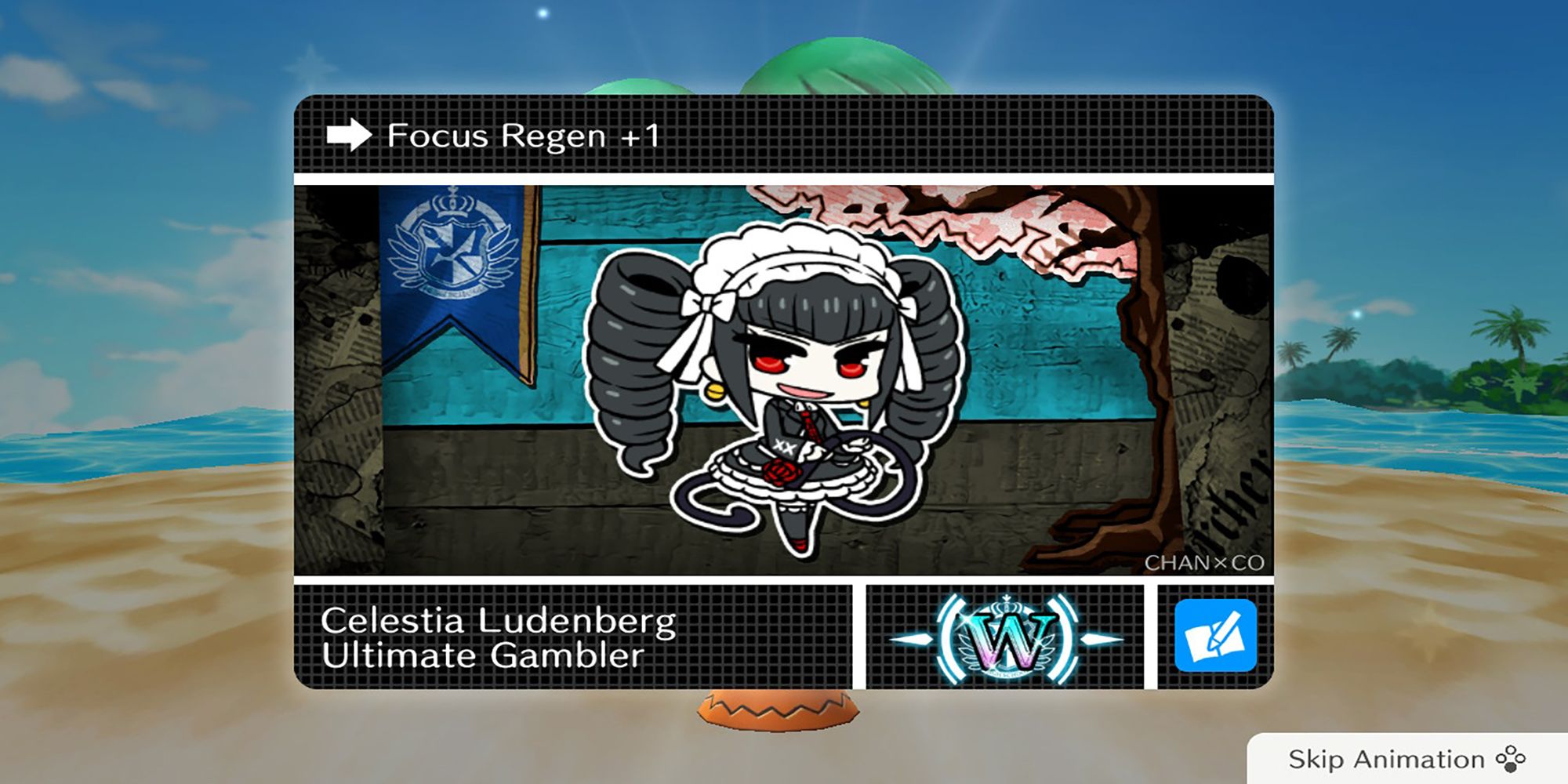 Hype cards support your character cards by giving them plenty of extra boosts. For instance, hype cards offer buffs like Influence recovery after each turn, increases to damage dealt, and more. Each character has nine hype cards to collect.

While hype cards do not directly impact your character's level, they do make your progression through Development Mode much easier. Plus, hype card effects work in Battle Mode as well. Therefore, playing with a character that has unlocked a few hype cards will give you a significant advantage, even if the character card is of a lesser rarity. You can use these battle improvements to defeat more formidable enemies, earn money, and level up quicker. In short, yes, you can believe all the hype.

7 Equip Presents Before Your Playthrough 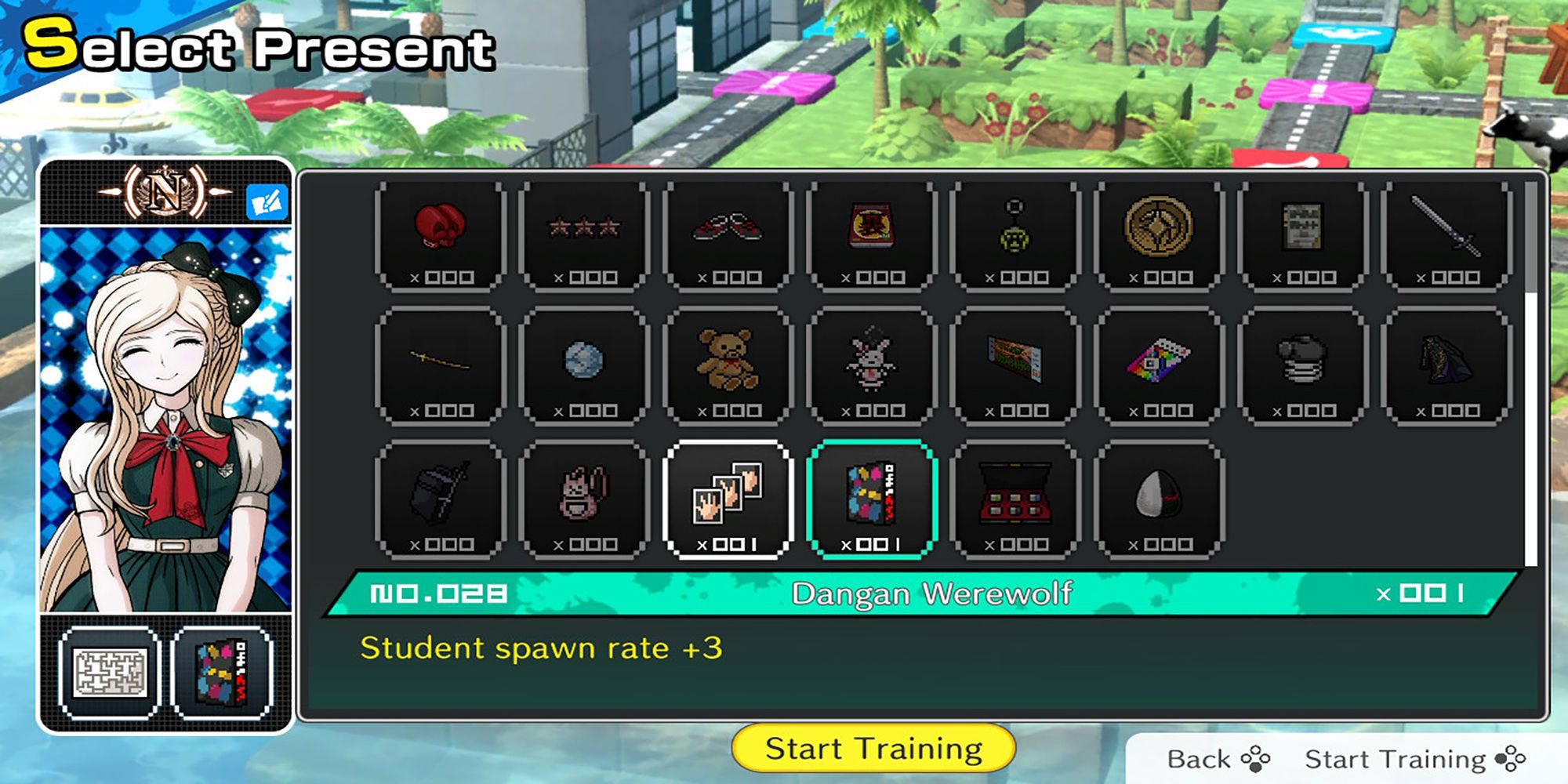 Presents are another booster that still positively impacts your gameplay without directly raising your level. In this case, presents offer Development Mode-specific bonuses that help you build stats quicker, give you shop discounts, increase the likelihood of special events, and more. You can get them from any MonoMono machines in the School Store.

Utilizing presents is a fantastic way to bring out character strengths or buff character weaknesses. For instance, if you start a game with a Cerebral character, like Shuichi, you can boost his Intellect with the Fun Book of Animals (Intellect +1 when leveling up) or make up for his less athletic side with the Hand Grips (Strength +1 when leveling up). Or, if you want to give Shuichi a well-balanced head start, you can equip Fresh Bindings (Base attributes +5).

However, your best bet for success may come from utilizing a present like Pure-White Practice Sword or Replica Sword, which offer island shop discounts. These discounts can buy you vital weapons, armor, and cards while using fewer turns to grind for Jabbercoins.

6 Stock On Weapons, Armor, And Cards At Island Shops 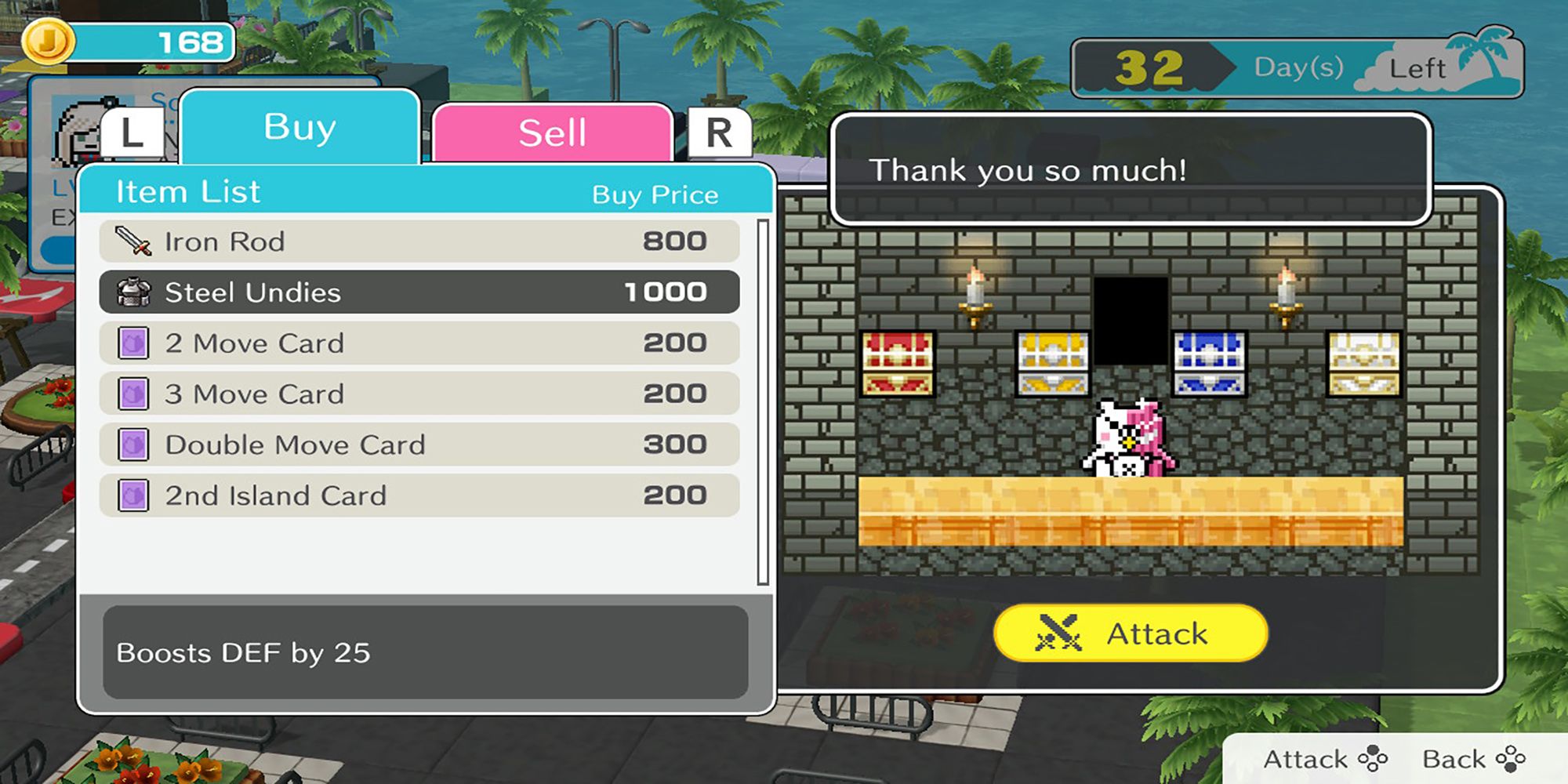 Island shops offer plenty of valuable items to help you level up quickly and efficiently. For example, you can buy weapons and armor, so you can face more formidable enemies sooner, leading to better experience payouts. Or, you can grab movement cards that will take you to better islands faster. What's more, you can even purchase monobeast scrolls at the center island store, but only after completing specific tasks.

You can develop various strategies using shop items. For instance, you can get a lot out of 0 Move Cards. Let's say you land on a Growth Square that boosts your student up to five levels. With one 0 Move Card on hand, you can stay on this square on your next turn and boost another five levels. Doesn't that sound so much better than rolling the die hoping you'll land on another Growth Square? Still, this is only one example. How you take advantage of island shops is up to you. Just make sure you remember to use them.

5 Hold Onto Success Cards, And Accept The Monokub Surgery

Stated plainly: if you ever get a hold of a success card, do not let it go! This card is one of the best to have in the game, especially if you are trying to level up. These cards work by ensuring success in certain Monokub events, such as the Monokub surgery or Monodam's equipment forgery. A successful go at these events will boost your stats up immensely, saving you turns you would have spent grinding.

Granted, you can take a chance and accept these offers without a Success Card, but is it worth it? If you're a more cautious player, then you're better off saying 'No.' After all, failure from these events causes significant stat drops, which will set you back plenty. However, if you're feeling reckless and want to give it a shot, you can certainly try. After all, you can develop this character again if you aren't happy with the final result.

4 Fight Your Classmates In Duel Battles 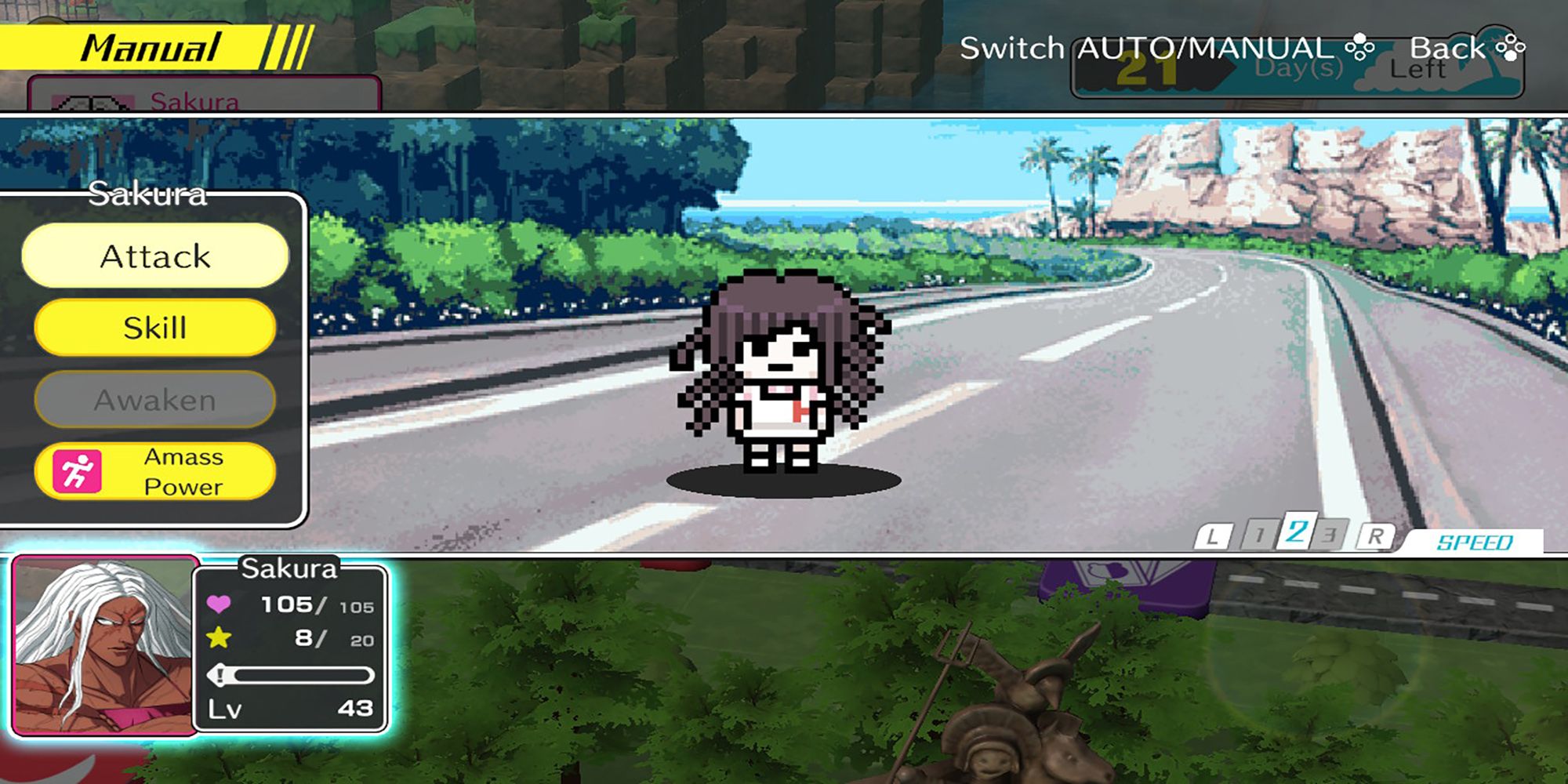 Did you know you can battle other Hope's Peak Academy students in Development Mode? Every so often, when you encounter another character, they'll offer you a Duel Card and wait at the space next to the Human Monobeast. Then, when you're feeling ready, you can use your duel card to teleport to this space and fight the other student.

Winning a duel offers fantastic benefits. After the end of a successful duel, you'll get the option to choose which benefit you wish to receive: levels, talent fragments, or Jabbercoins. Choosing levels will give you a hefty experience boost. Furthermore, if you've somehow reached level 99 already, you can use the other bonuses to better your skills or gain some goodies from a shop.

3 Defeat The Monokubs And Earn Their Hope Fragments 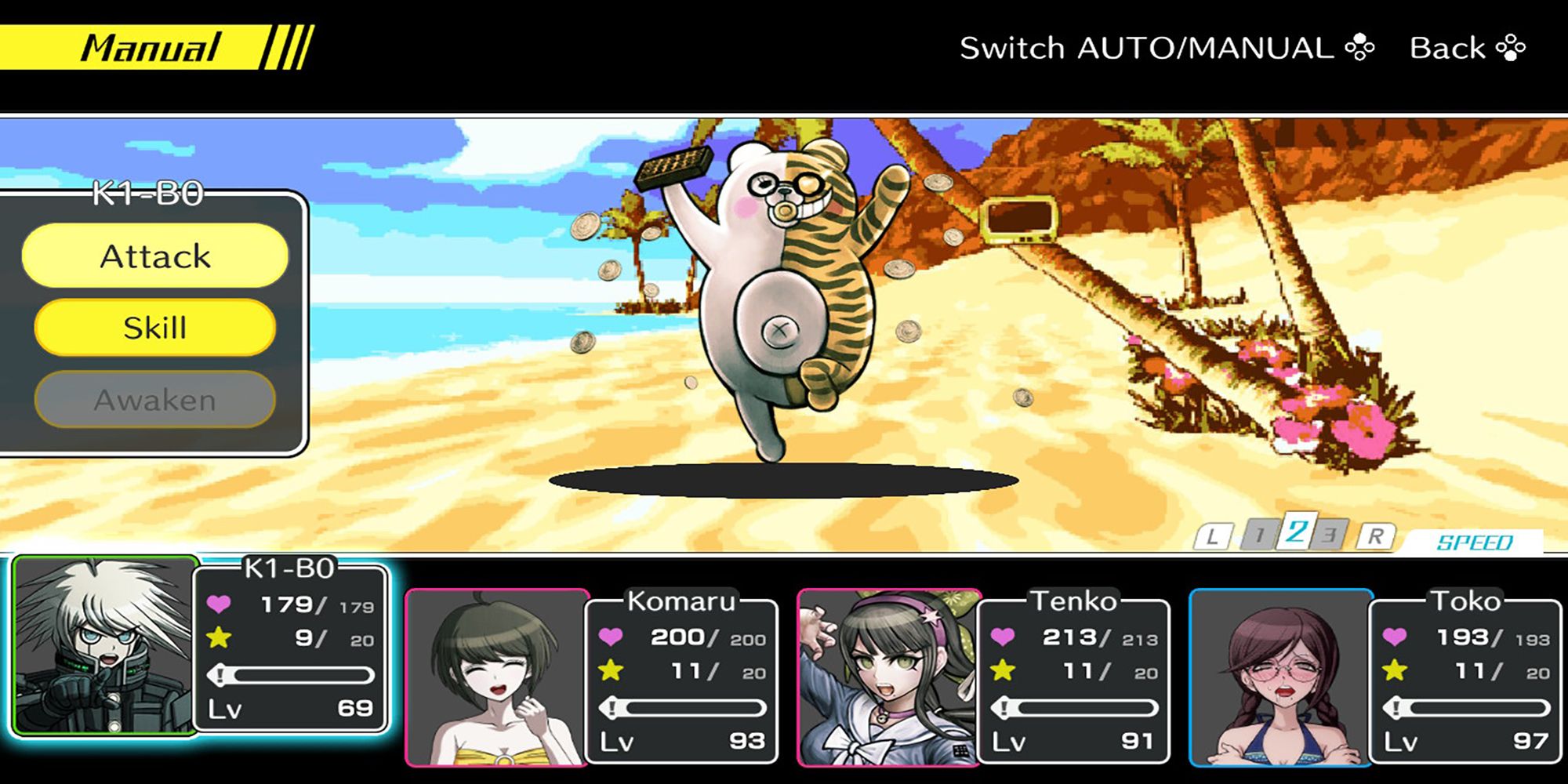 In Danganronpa S, while Monokuma still plays an adversarial role, the Monokubs serve as helpers on your school trip. However, as we've seen in the past, the Monokubs are not always helpful. For example, in the Monokub episodes of Development Mode, one of the five Monokubs will rebel and force you and your classmates into battle. Luckily, you can use one of your developed Battle Mode parties to get you through these trials. Victory in battle will reward you the Monokub's hope fragment and a massive advantage in future Development Mode playthroughs.

Here's what bonus you'll get from each Monokub episode. Each episode unlocks after gaining ten hope fragments, so make sure to develop your characters often. 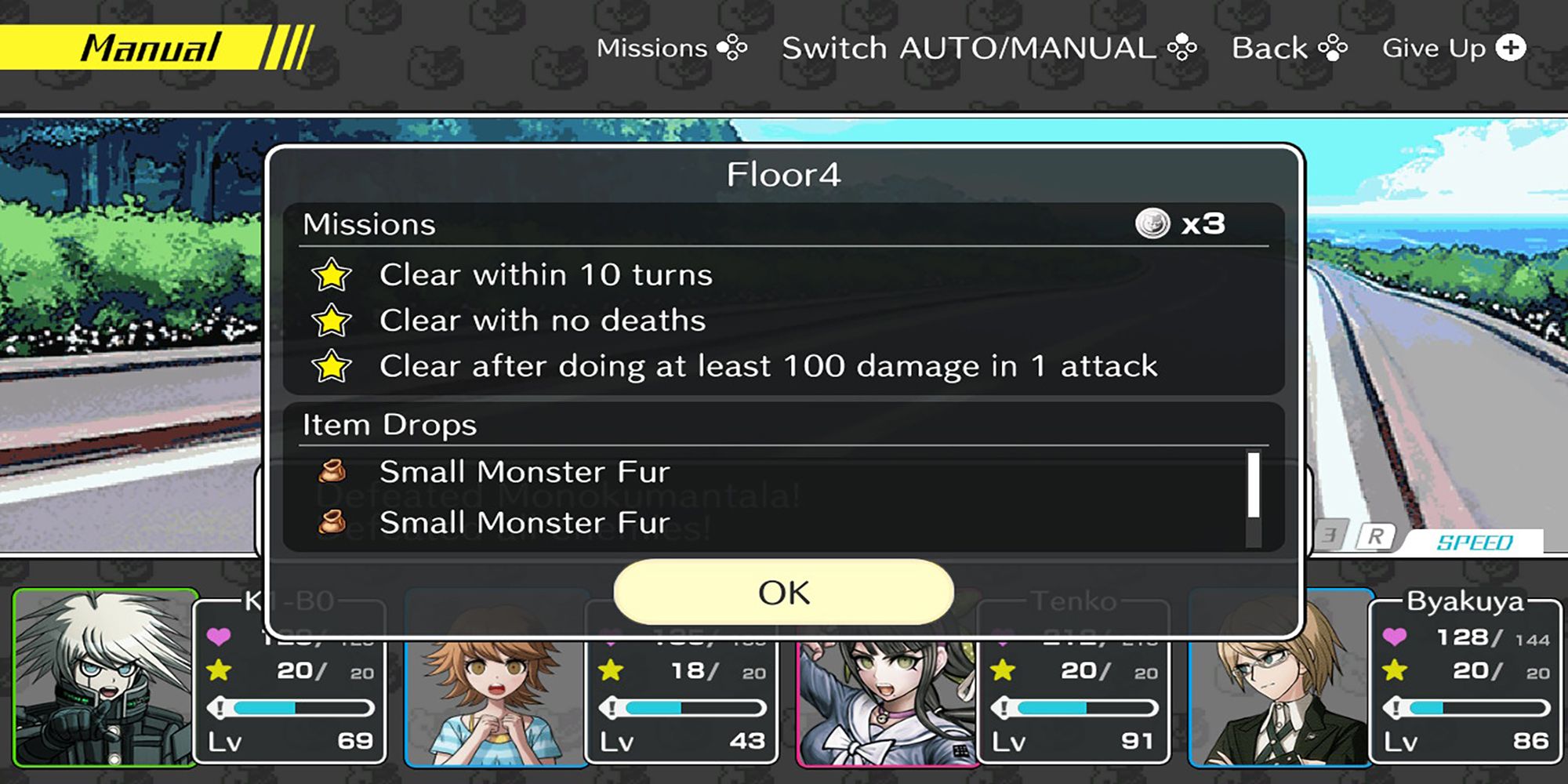 Every twenty floors of the Despair Tower in Battle Mode has a monobeast boss. Defeating the monobeast will grant the ability to buy that beast's scroll at the center island in Development Mode. This bonus can get you to the higher-level islands quicker, allowing you to skip trips to other islands if you don't need to. Here's what to expect from each boss floor. 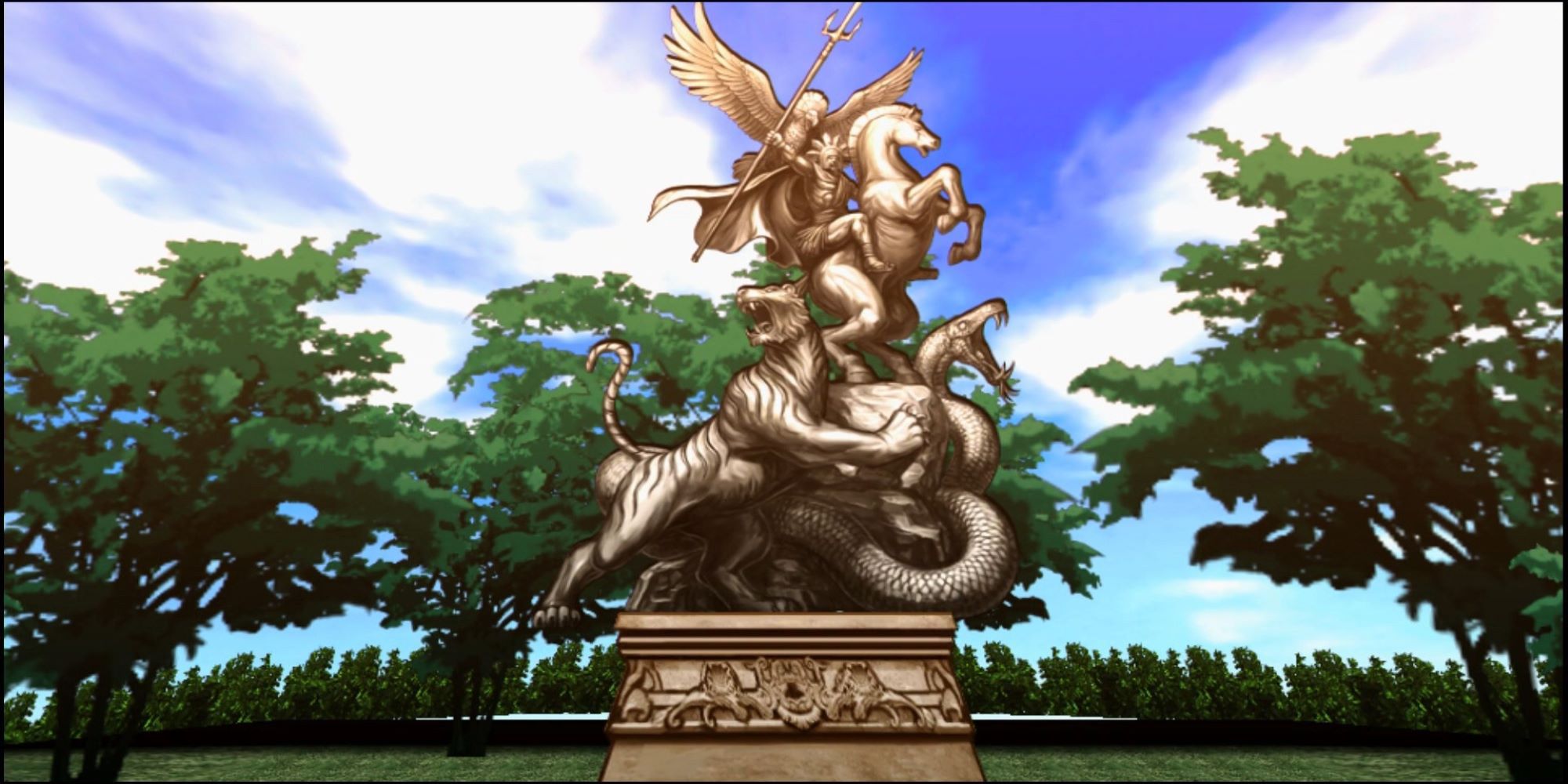 Is level 99 as high as your character can reach in Danganronpa S? Yes, and no. Initially, students' levels cap at level 99. However, there is a way to break this cap and achieve even higher levels. First, you need to defeat all the monobeasts and get a secret password from the mouse castle on the fourth island. It does not matter what order this gets accomplished in, as long as you complete these tasks. Then, travel to the event square in front of the Future Foundation ruins on the second island. Doing so will grant you the opportunity to fight a secret boss, the Jabberwock Island statue!

Defeating the statue is not impossible, but it is pretty darn challenging! Even with a max level, you can still get wiped out. For this reason, it's vital to keep building your attributes and skills even after reaching max level. Furthermore, try to get your hands on some Revive Cards, Bulk & Brawn Cards, and Steel Skin Cards if you can. These will help increase your odds and buy you more turns to win.