Welcome to the second trial of the first Danganronpa game. In this trial, the victim was Chihiro Fujisaki, the Ultimate Programmer.

As usual, this trial has plenty of twists and turns. With every game trial, there are fewer people in the courtroom. At this point though, the room is still pretty full. Enjoy it while it lasts. 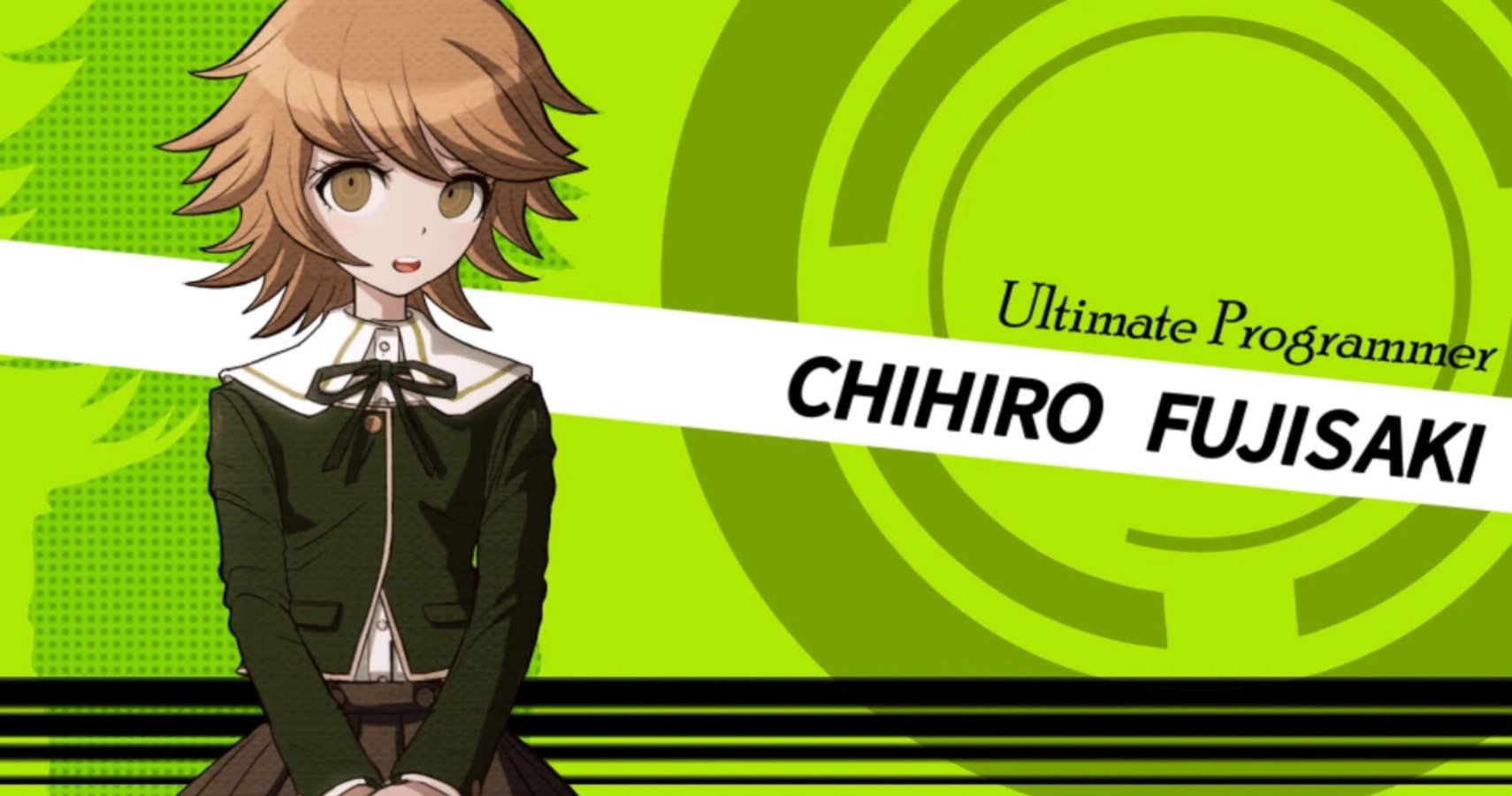 Non-Stop Debate: Remember in non-stop debate to look for statements to counter with collected evidence from the investigation. Also, keep in mind that white noise can block statements and needs to be shot down first. This is also the first trial where you can absorb one person’s statement and shoot it at another.

Multiple Choice: This is like any multiple-choice school test, except it’s about murder. Choose the right answer between the choices.

Hangman’s Gambit: Make a word out of the letters that pass by. The word should be the answer to a question. Try to think of the word before randomly hitting letters. Thinking of how many letters are in the word will help.

Identify the Person: This is not always for identifying the killer. It merely has you pick a character in the room to answer a “who” question.

Pick a Truth Bullet: To answer a question, you will have to pick one piece of evidence from your collection.

Closing Argument: Make a manga about what happened by putting the correct events in the correct place. There will be some false events to ignore. Be sure you know what order the events happened in.

Bullet Time Battle: This rhythm game requires you to shoot statements down with the beat. Turn the volume up and prepare a Truth Bullet to destroy the final statement of the character you are battling. 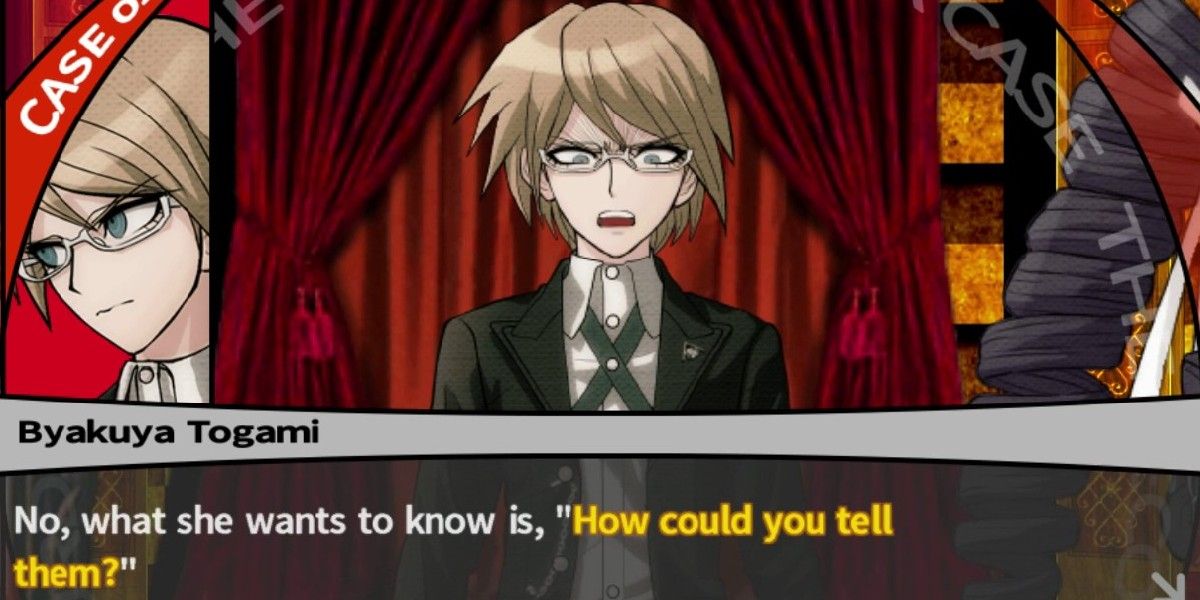 Pick the characteristic of Genocide Jack that the world does not know.

Between the three options, How the victim was positioned is the correct answer.

This is actually a pretty difficult one. The answer is Schizo

What shows that Toko has a split personality? Choose between she fainted, arrived late, and change of behavior.

The correct answer is Her behavior changed.

Byakuya will say “the modus operandi matches completely.” Counter that with Status of the Dead Body.

Now there are several multiple-choice questions. The answers are in this order.

Between all the students, select Byakuya.

There is something concerning about Byakuya’s remark. Choose between the scene of the crime, Genocide Jack’s presence, and the extension cord.

The correct answer is The scene of the crime.

Now you have to choose two Truth Bullets for two questions. In order, the answers are . . .

Hiro will say “Leon’s notebook.” Counter that with Broken e-handbook.

There is one thing to know for sure about the killer. Choose between the killer is a guy, a girl, or Genocide Jack.

The answer is the killer is a guy.

There will be three multiple-choice questions. In order, the answers are:

This time you are going to pick Mondo. 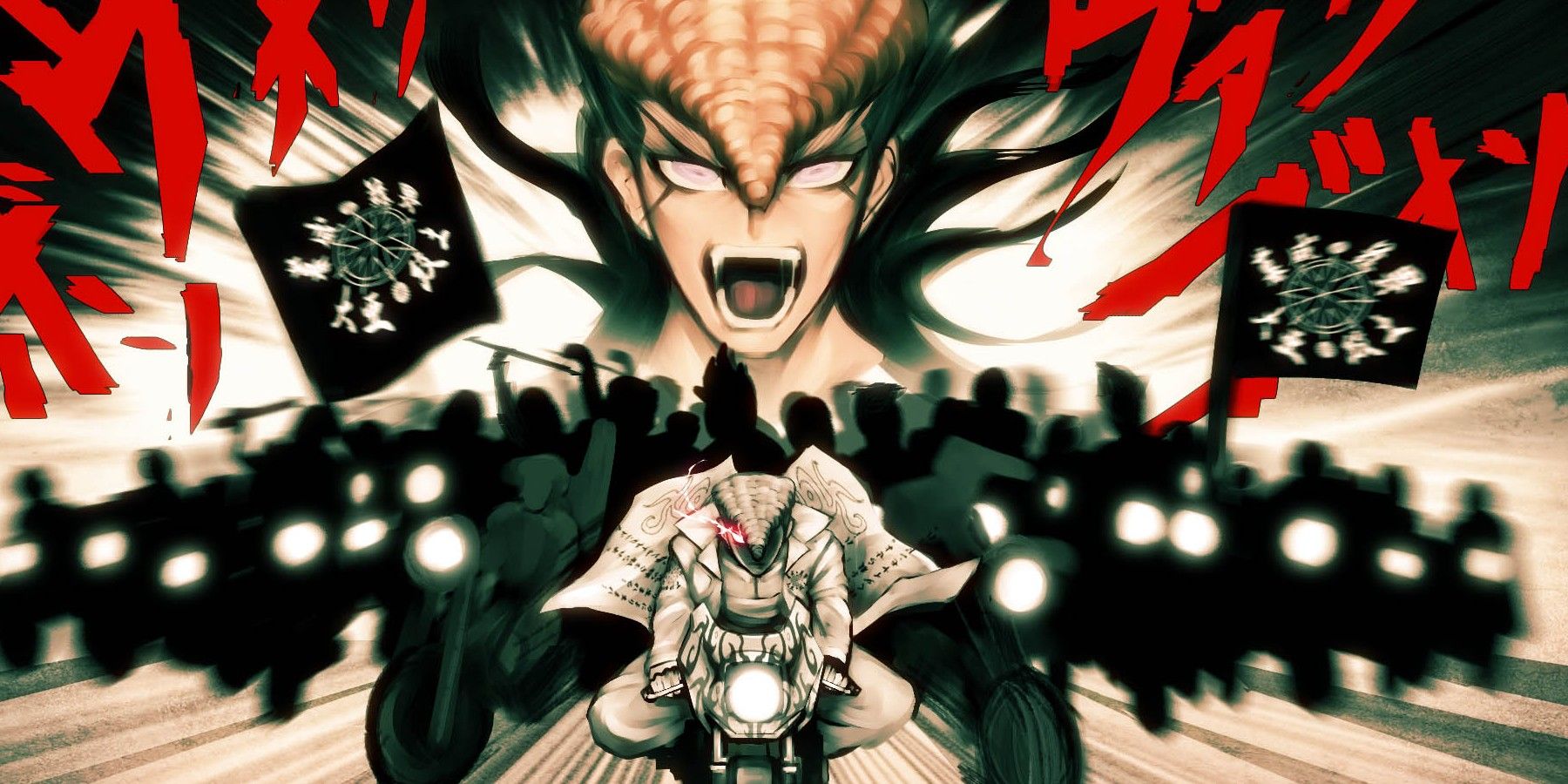 Mondo will say “my handbook works just fine.” Counter that with Broken e-Handbook.

Time to tell the whole story, manga panel style. Remember there will be some false events mixed in with the others to choose from.

The manga panel starts with Celeste’s account of seeing Chihiro packing a blue tracksuit in the warehouse. Chihiro then went to the boy’s locker room by using his e-handbook. In the locker room, he met his killer, and the killer murdered Chihiro with a dumbbell.

Then, of course, Byakuya discovers the body and decides to make everything more complicated. He strung up Chihiro with an extension cord and used her blood to make a message. This was all to make it look like Genocide Jack was involved.

Lastly, the killer destroyed Chihiro’s handbook with the heat of the sauna.

Surprisingly, the battle is not with Mondo. Taka takes the defense. Match the rhythm until he says “Without any proof, you can’t pin this on him.” Counter that with the Broken e-Handbook.

With that done, congratulations! You have completed the second trial of Danganronpa.