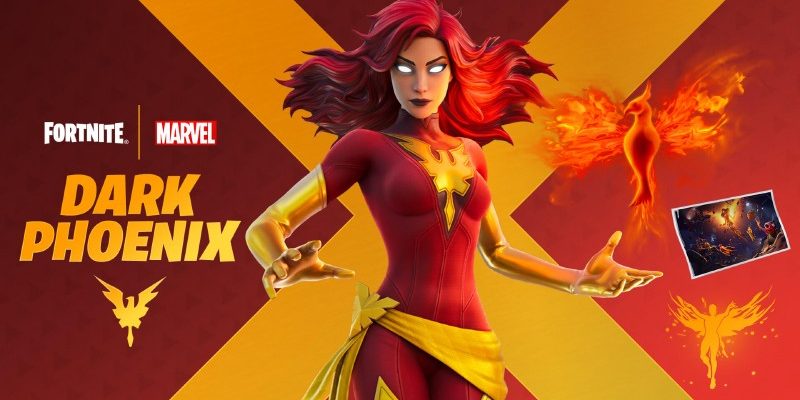 If you’ve ever lost in a round of Fortnite right at the end and feel the need to scream and implode into fire, good news: there’s a skin now available in Fortnite for you.

It’s the Dark Phoenix skin, and X-Men fans will recognize her as the Phoenix seen throughout the Dark Phoenix Saga, a run of comics that ran in 1980. You might also recognize Dark Phoenix from the 2019 X-Men movie of the same name. Regardless, if you’re a fan of the more explosive variant of Jean Grey, this skin is for you.

“I am Fire and Life incarnate! Now and forever – I am Phoenix!”

Dark Phoenix has arrived on the Island. Grab the Phoenix Force set now in the Shop. pic.twitter.com/E4b4hsnTII

As you can see in the tweet above, the skin and accompanying items are now available for purchase in the Fortnite Item Shop. Her set features the outfit, the Phoenix Force back bling, and the Rising Phoenix Emote. You’ll also receive the Wrath of the Phoenix Loading Screen with the set as well, according to Epic Games.

Dark Phoenix joins other skins recently added to Fortnite such as Jinx from League of Legends, which represents the first time a League of Legends character has appeared in a non-Riot franchise, and Naruto, although this was a collaboration tease and we’re still in the dark about what’s actually coming from the Shippuden series. Be sure to check out Game Informer’s list of all the Marvel and Dc superheroes and supervillains in Fornite after that.

Will you be picking up Dark Phoenix in Fortnite? Let us know in the comments below!