Dark Souls is a series that is filled with beautiful locations and memorable environments, all against the remains of a once-flourishing world. Each city, castle, and ruin in Dark Souls evokes visceral reactions in players, whether they are notes of foreboding or serenity, there is no denying the care put into telling a story through Dark Souls’ environment.

There are places across the Dark Souls games that are memorable because of their climatic fights, beautiful scenery, or eerie landscapes. These locations are some of the best the series has to offer, bringing unique experiences that, if possible, we’d love to experience all over again. 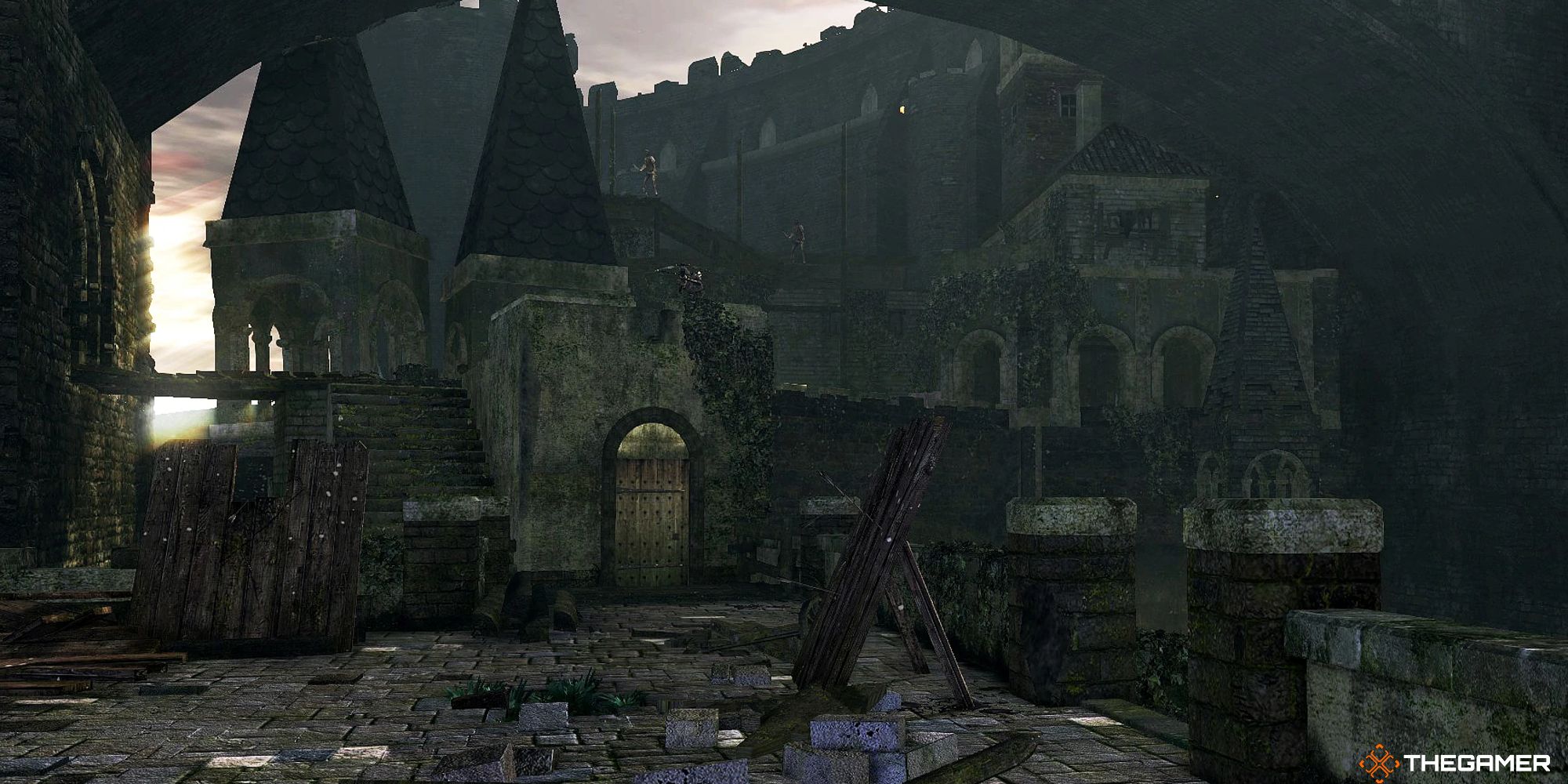 The first real location you find yourself exploring in Dark Souls is the Undead Burg. Once a bustling city at the base of Anor Londo, it has now fallen to the curse, its inhabitants either turned into Hallows or fled for their lives. Those who remain are either mindless monsters or ne'er-do-wells looking to plunder anything that remains.

Exploring the Undead Burg reveals much about how the world has decayed since the onset of the curse and gives you the first real look at the horrors you are prophesied to save the world from. 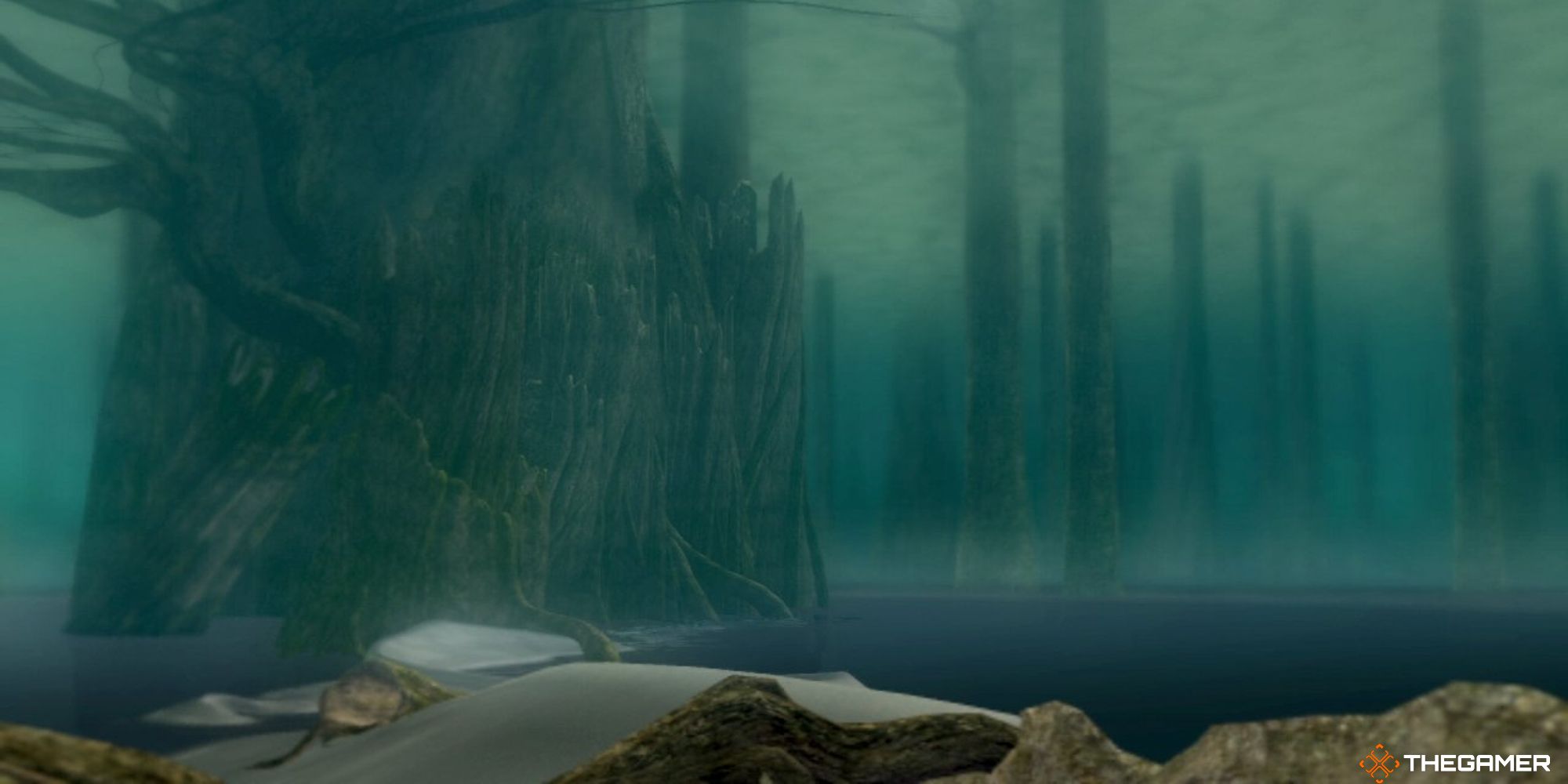 Far below the world that was built during the Age of Fire rests the Ash Lake. At the base of the Great Hollow you’ll find the eerie quiet of an eternal lake, interrupted only by the massive trunks of the Archtrees. The Ash Lake is a strangely quiet world, separated from the influence of fire and the world above.

Entering the lake almost feels sacrilegious, like you’re a stranger in the world. You’ll even find what may be the last of the ancient Stone Dragons, peacefully tending to a clutch of eggs and gently offering a respite near the bonfire, hinting that the Dragons might not have been the oppressive tyrants that the game tells you they are. 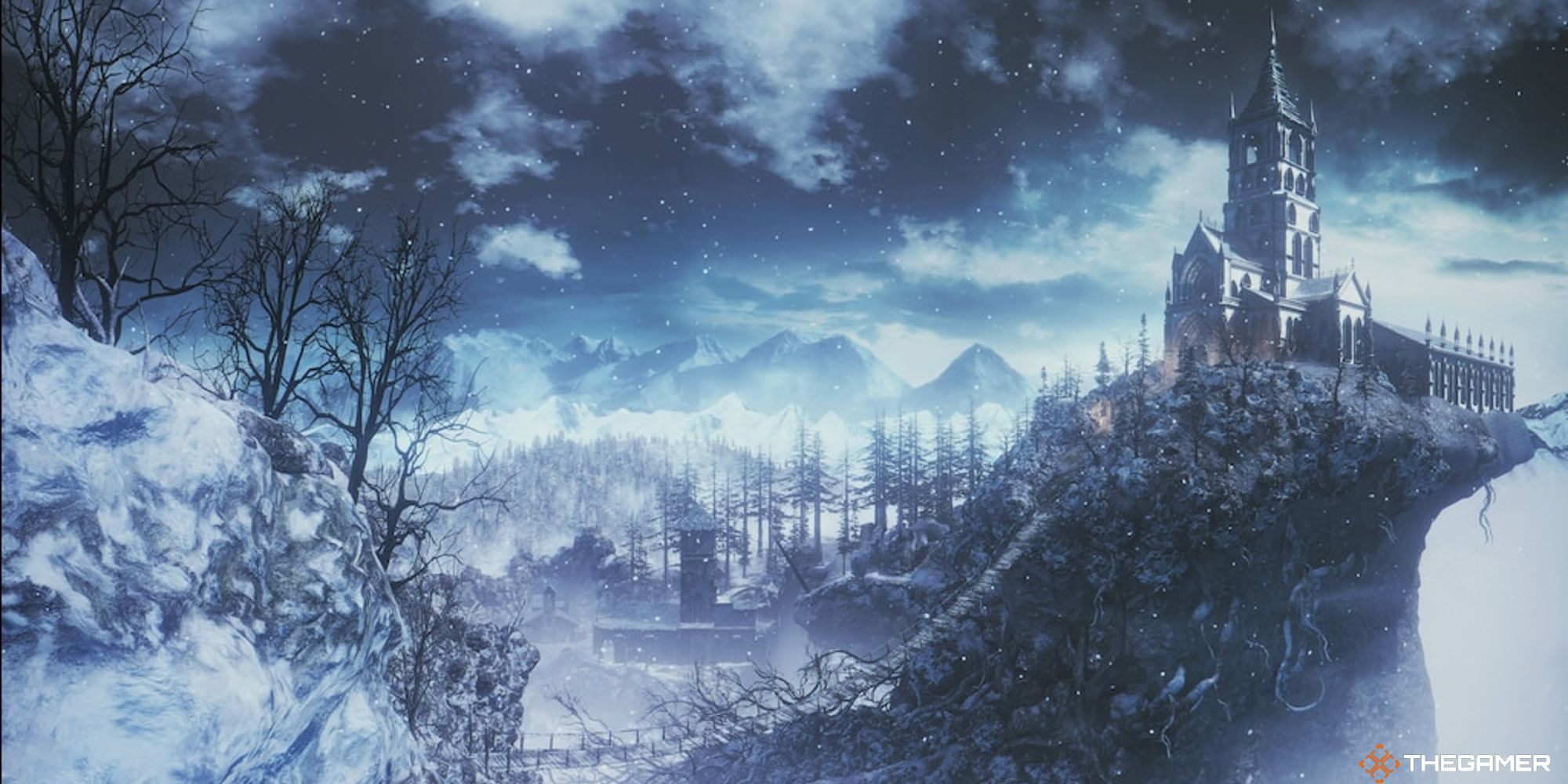 There are many locations in the Painted World of Ariandel but the world beyond the painting is one of the most memorable places in the series. The world has slipped into an icy decay, a reflection of the world of fire that you have been transported from.

Many of the inhabitants, crow-like people called the Corvians, beg you to bring fire back to the world. Traveling through the Painted World is like a dream, one that ends with one of the toughest boss fights in Dark Souls 3. 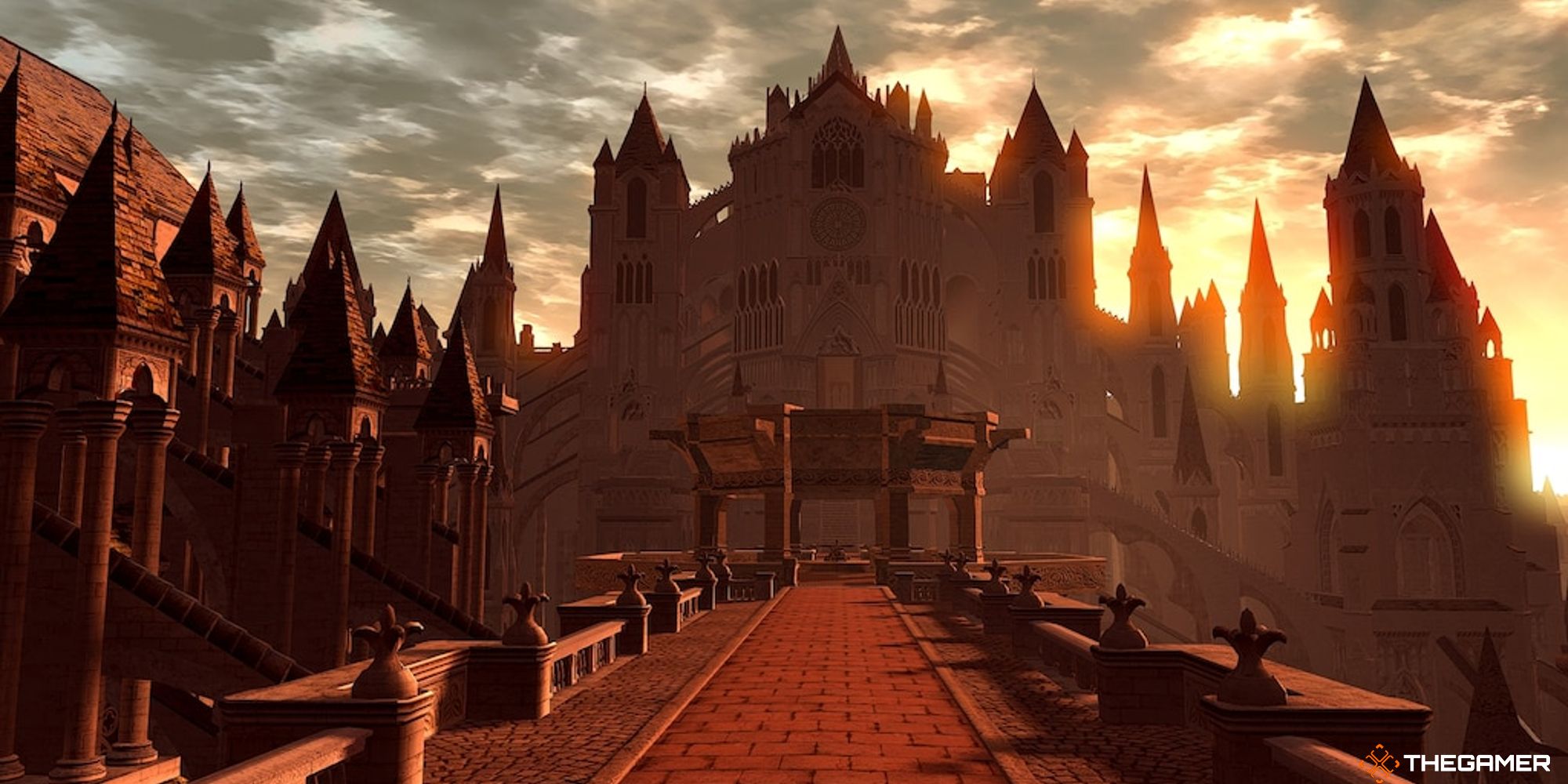 A city bathed in eternal sunlight, Anor Londo feels almost like stepping into the afterlife of Dark Souls. Filled with massive cathedrals and ornate architecture, Anor Londo is a stark contrast against the ruined world that you have left behind.

Once the seat of the Gwyn, the Lord of Sunlight, Anor Londo is heavily guarded by Silver Knights and other denizens of the city, but it is empty. The population is all but gone, even the gods have abandoned the city as you eventually find out. Walking those empty halls, encroaching ever closer to the tomb of Gwyn, is a stark contrast to the harsh, cursed world of Dark Souls. 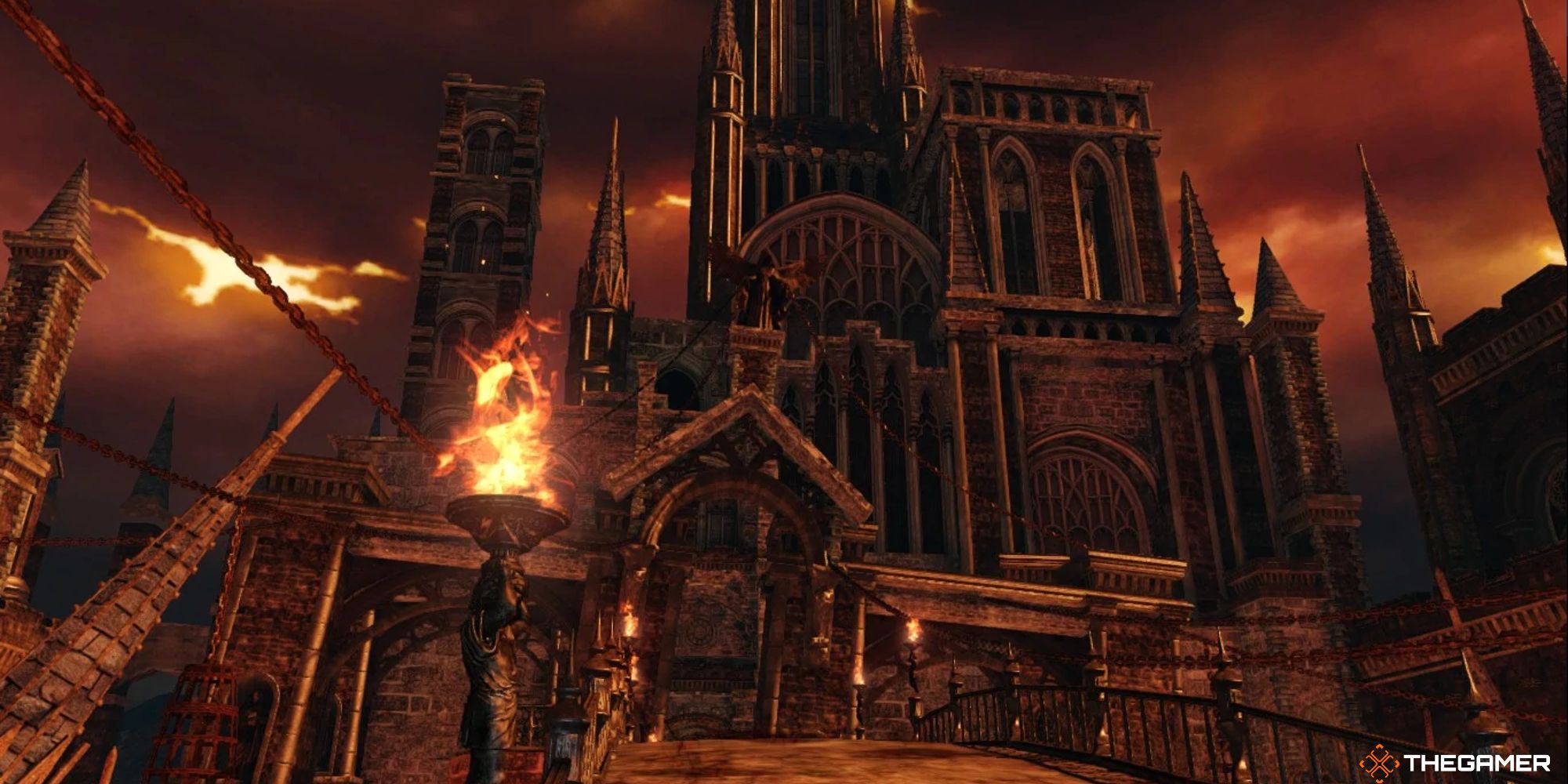 A massive iron fortress slowly sinks into lava, wrought by the ambitions of a king who was unfit to rule. Traversing the lands surrounding the Iron Keep is a tale of desire gone array. The land has been stripped of its resources, spewing out noxious fumes, and the remaining people becoming twisted and ruined.

The Iron Keep is a confusing and treacherous location, filled with traps, difficult enemies, and fire. Tons of fire. Despite the difficulty of the location, the tragedy of the Iron Keep and its king make for a compelling story. 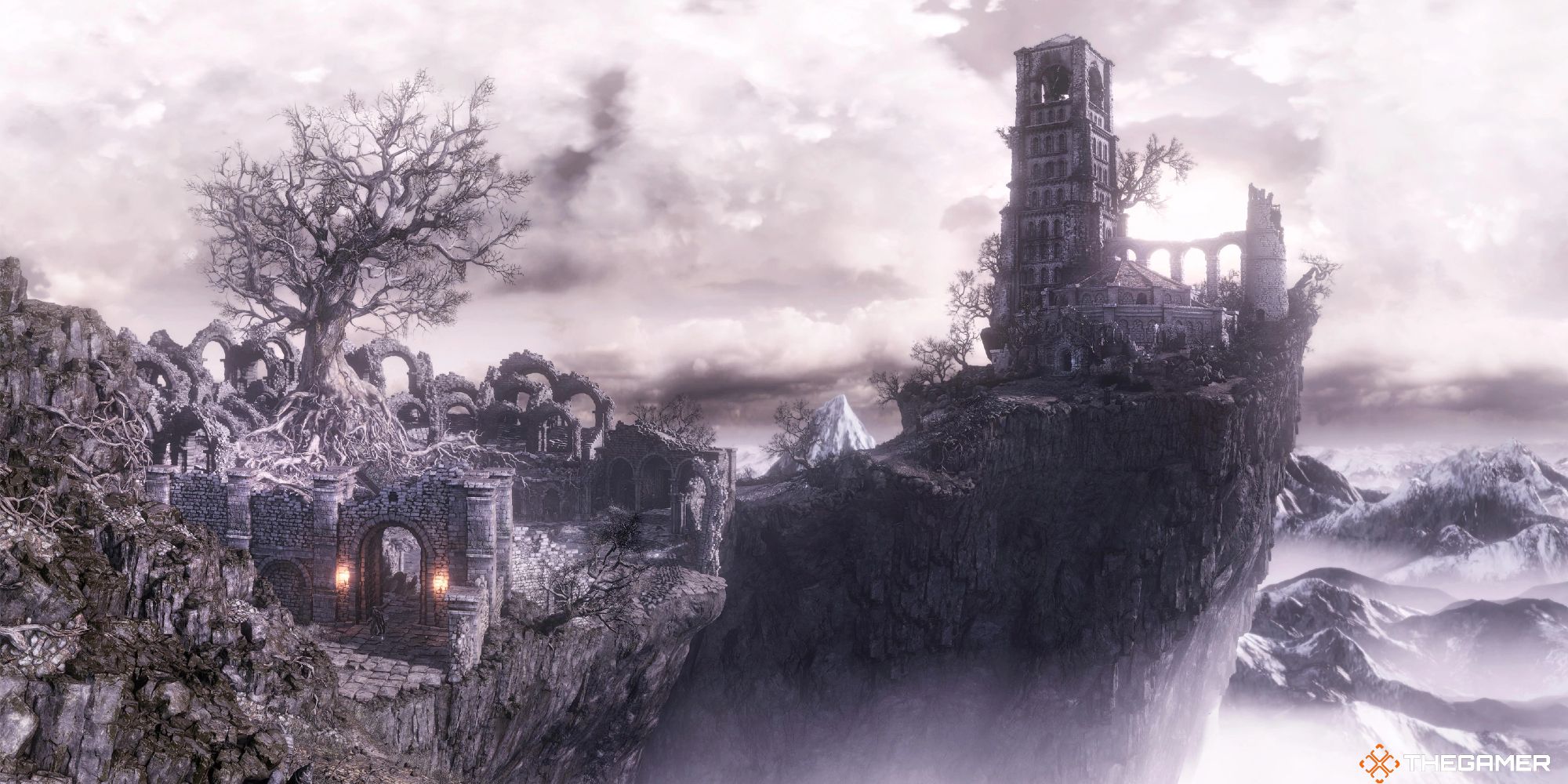 The bell tolls and deep within the fog-covered cemetery rises another unkindled. As the starting location from Dark Souls 3, The Cemetery of Ash is your first look upon the ruined world. You wake up among other undead, cast aside in an uncaring world that lives in eternal decay.

The Cemetery of Ash is a depressing location, a quiet introduction to the world that has aged long past what players knew from the previous Dark Souls games. 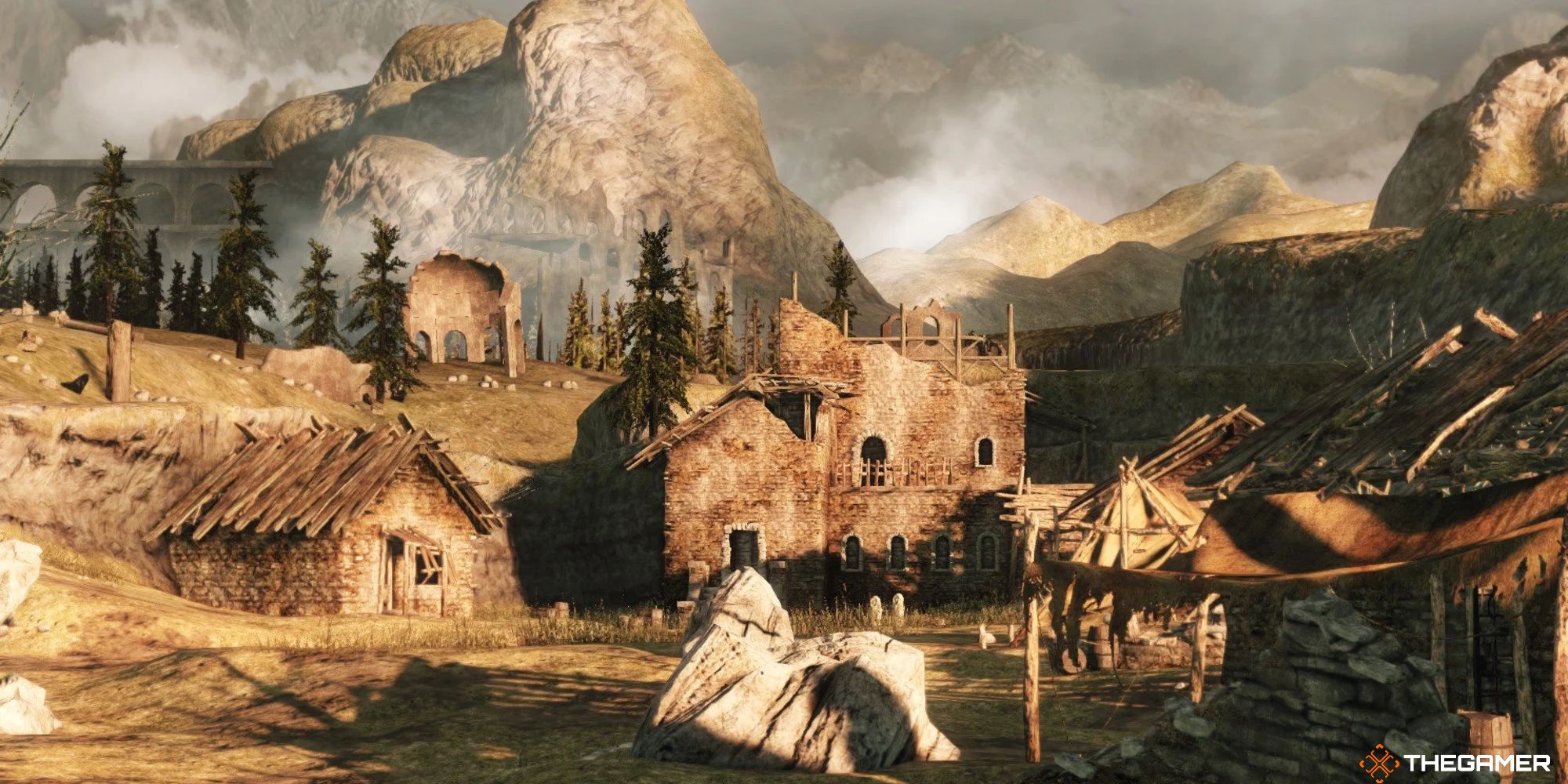 One of the few quiet locations in Dark Souls 2, Majula is the first real town that players encounter. This sparsely populated community grows as you encounter more characters, but is the hub for much of your adventuring through the lands.

There is a serene peace to be found in Majula, along with tons of secrets to discover. This coastal hamlet might not be the most impactful or impressive location across the series, but it's so rare to come across a relatively undisturbed location that returning to it would be a welcome respite. 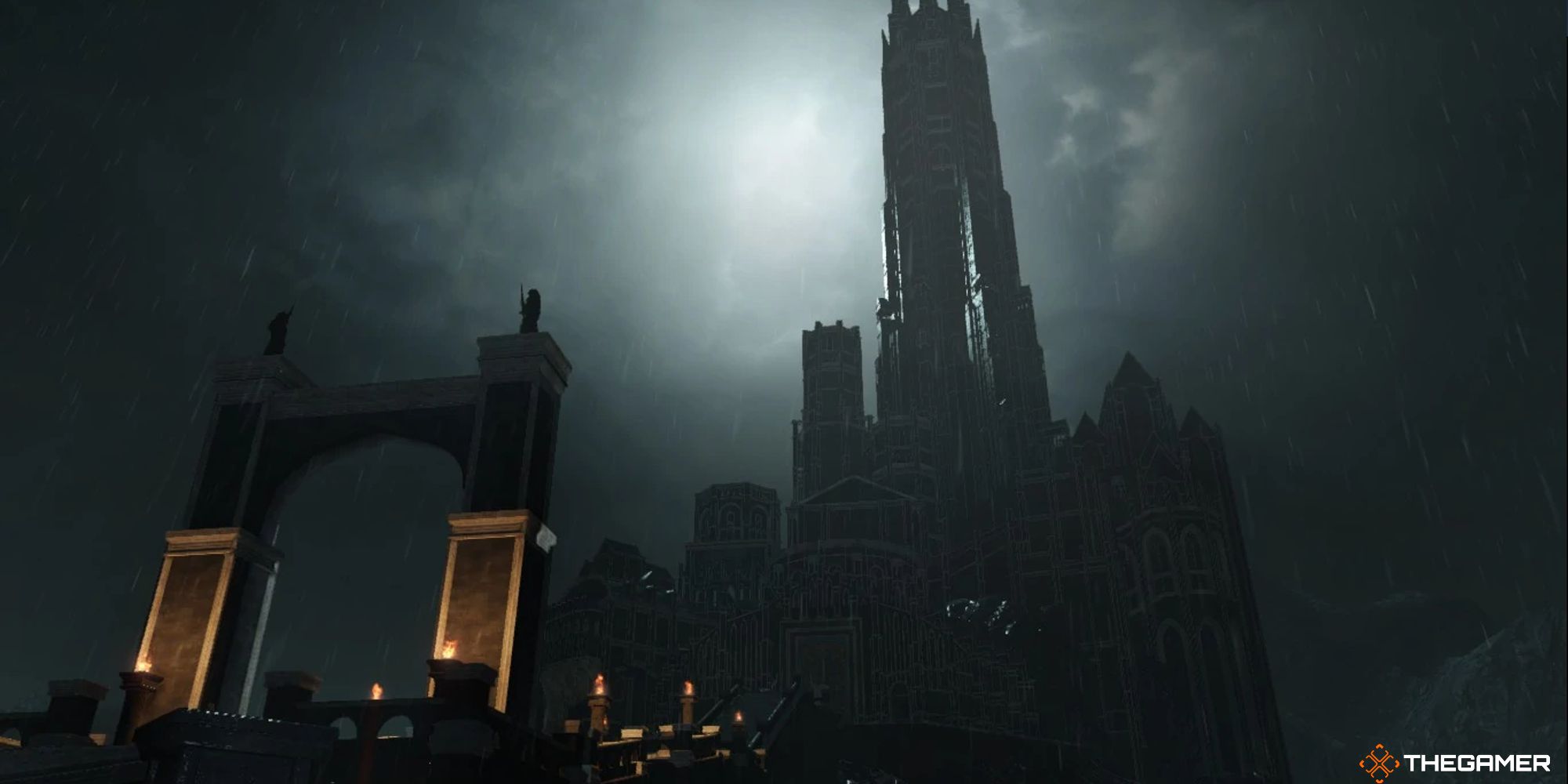 The seat of the kingdom where Dark Souls 2 takes place, Drangleic Castle sits at the heart of the events that occur in the game. Its king, Vendrick, built the massive empire with might stolen from four ancient souls and from knowledge stolen from Giants.

The castle is reminiscent of Anor Londo, but doesn’t try to mask its decline with illusions and magic. 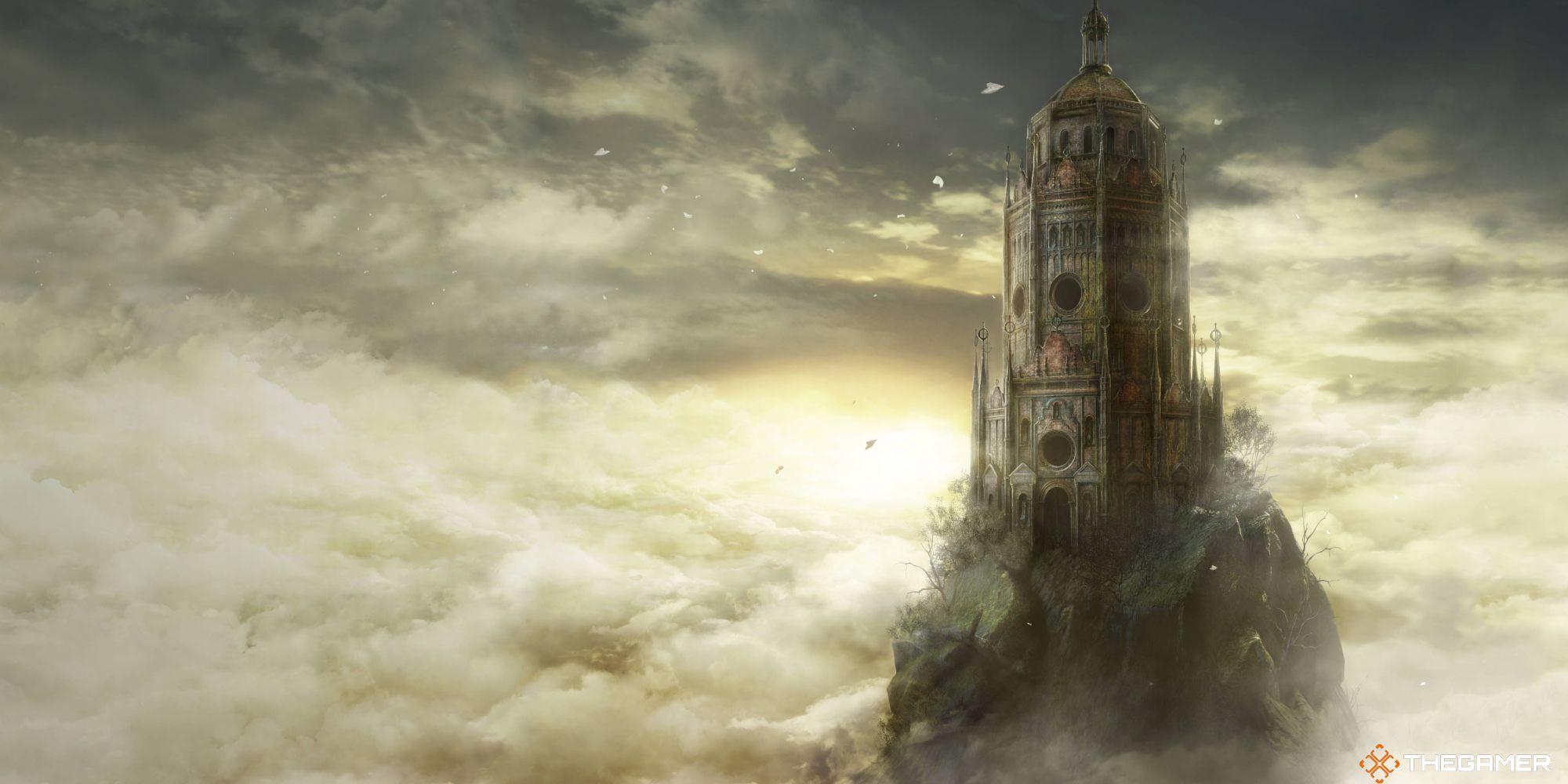 Not simply a single city, but instead the ruins of many cities, from many civilizations that have all risen and inevitably fallen over the endless cycles of the Age of Fire.

The land here evokes memories from the original Dark Souls, with demons arriving to fly you to the city and dropping you off atop a tower on the outskirts. But hidden in the city resides some of the most impressive world-building that Dark Souls has to offer. 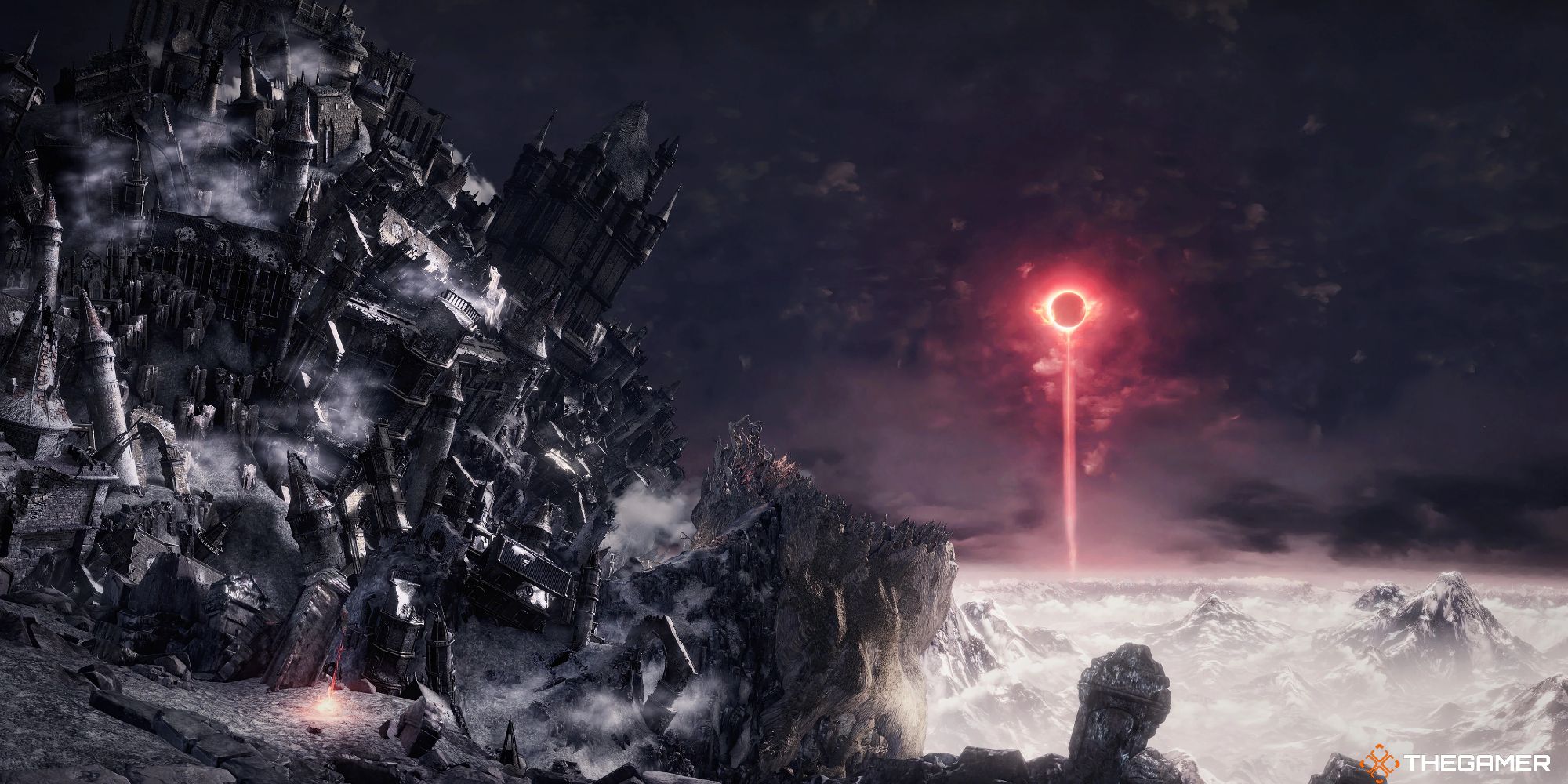 The home of the original flame that Gwyn found ages ago, long before even the events of the first Dark Souls game, this location feels like it is made of the remnants of the world. Covered in Ash and the bodies and weapons of those who have come before you, it exists in a place between time, between worlds.