The mystical kingdom of Boletaria, where a once-mighty king ruled with magnanimity, was now enshrouded in thick fog. Demon's Souls sees you play as The Slayer of Demons, who courageously steps forward with little chance of return, emboldened in their quest for the power of Demons' souls.

But they are met with hurdles at every turn, the decrepit kingdom riddled with hostile bosses beyond imagining. Not only are these bosses conceptually awe-inspiring, but their boss arenas deserve mention as well. From the lair of a dragon god to a ruined palace, Demon's Souls Remake merely accentuates these amazing locations. 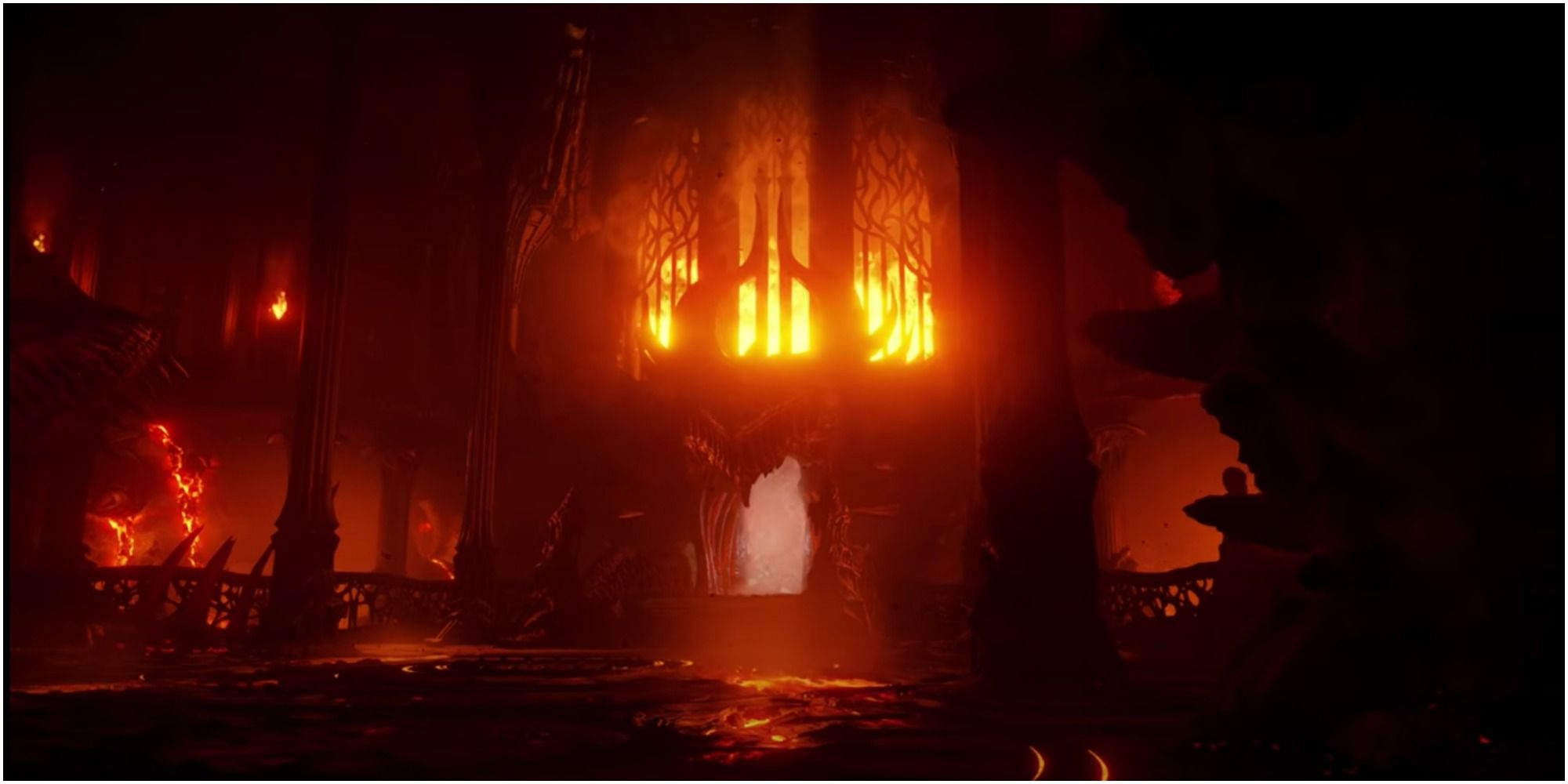 Wrenching apart the gates of the fiery chamber above, the Flamelurker leaps down to a boss arena wreathed in carpets of cinder and pillars of magma. As it hammers down its flaming fists of fury, you can't help but notice this beautiful Gothic Victorian boss arena from hell.

Paired with some ominous organ music, you avoid catching aflame in this birthplace of torment. With the blazing sconces and glowing embers as lava seeps from the cracks on the walls, you are not only reminded of the deadliness of fire, but of its beauty as well. 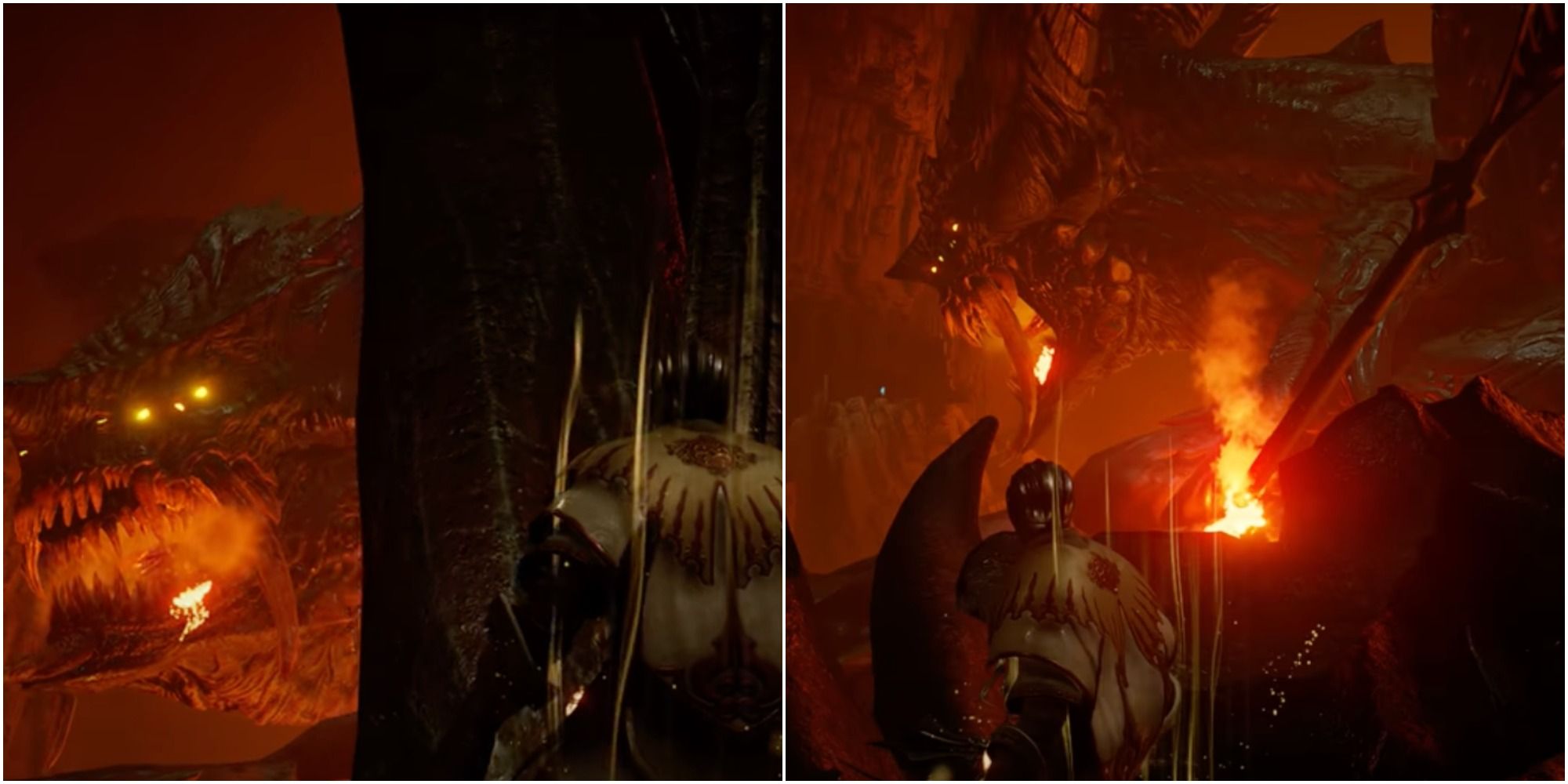 One of the most badass bosses in Soulsborne history, the Dragon God looms large, its many glowing eyes looking for you from between the pillars. A hide-and-seek boss fight, its boss arena encircles this draconic deity, offering many nooks and crannies to hide in.

Nothing sets your heart racing faster than a boss taller than a skyscraper, with its gargantuan maw filled with razor sharp teeth. As the surrounding pillars are smashed to pieces, and you reach for the ballista at the end of the corridor, you can feel it breathing down your neck as it makes it unleashes its fury. Whether it was a sacrificial altar or a prison to contain it, it is a lair fitting for a Dragon God. 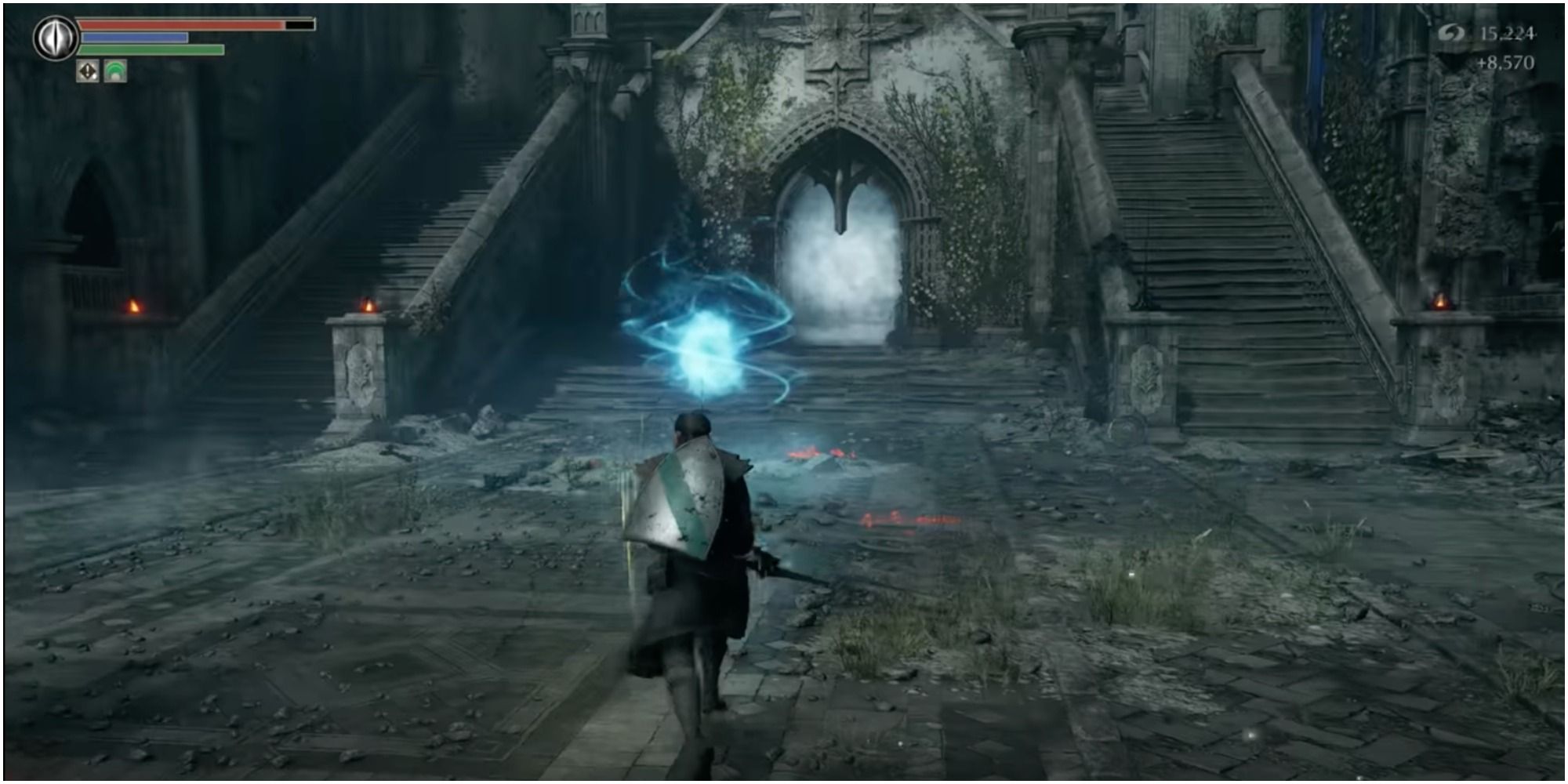 Its armour creaks and groans like the winches of a rusty door, his massive shield slamming against the floor and kicking up dust. In a courtyard of the once-glorious Boletarian Palace, a place that was meant to be used for parties and peaceful gatherings, the Slayer of Demons faces the Tower Knight and a bevvy of soldiers.

From the elegant arches of the balcony above, archers are poised to attack and release their arrows. In a grand palace once fit for a Disney Princess, a towering killing machine unleashes bolts of azure energy. But the Slayer of Demons emerges to beat the odds once more in a courtyard turned ashen grey, where only ghosts and specters dance. 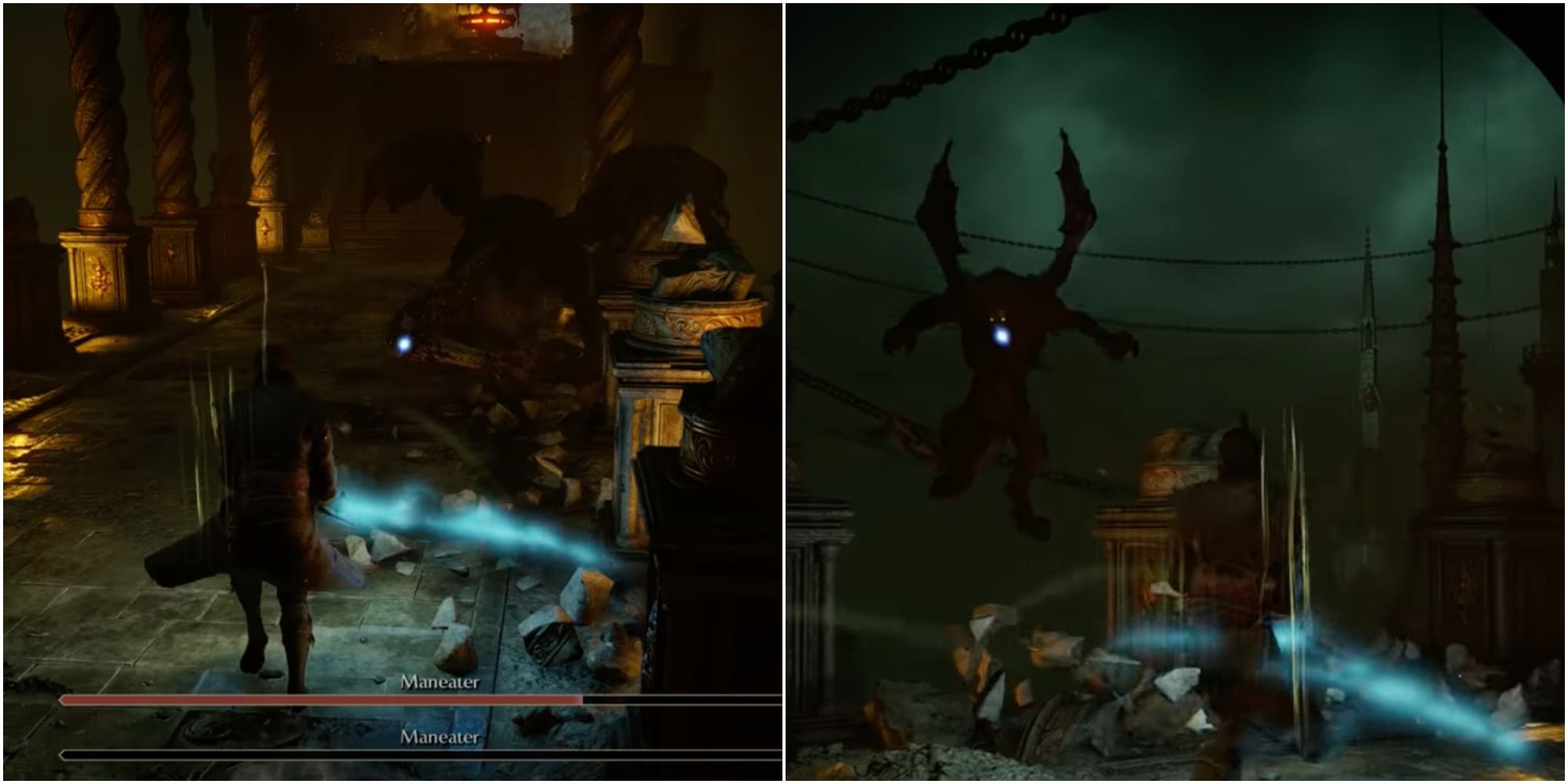 Beneath a murky green sky on a bridge in the upper reaches of the Tower of Latria, a twisted experiment of the Old Monk resides. Two Maneaters tear through the skies, their howls lighting up the boss arena with a green as sickly as the sky.

In this perilous arena where one false step can cause you to slip over the edge, the Maneaters crash and tumble carelessly, destroying pillars left and right. As soaring towers pierce the sky and thunder rumbles in the distance, this boss arena is as treacherous as the two bosses that have made it their nest. 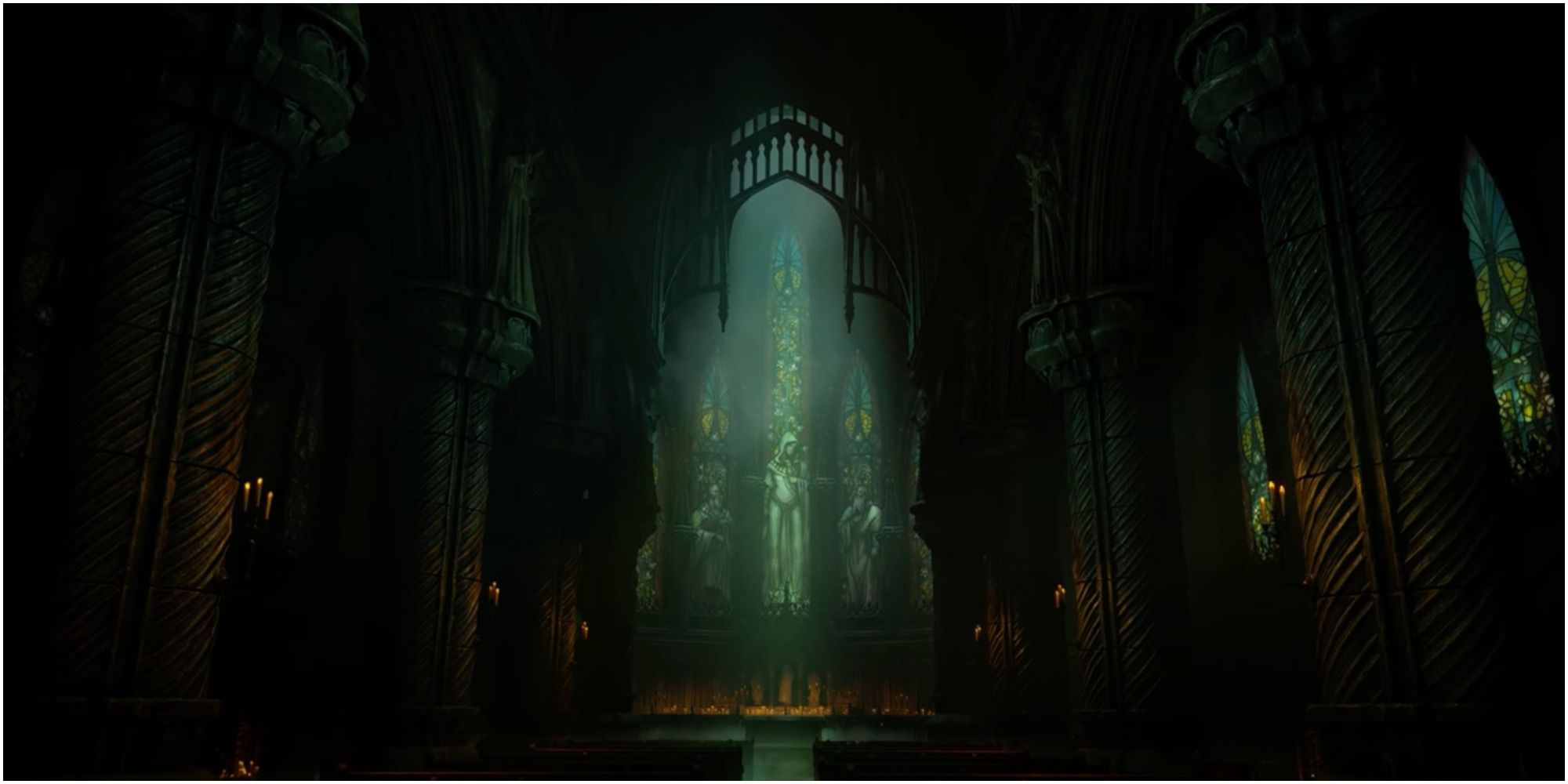 The camera pans to a scene on a stained-glass window, where a beautiful lady is all dressed in white, holding a cross to her chest as two priests look up at her in awe. But what descends from the ceiling is a mockery garbed in black, a deep, sinister chuckle as she clutches a spell book in one of her four hands – this boss arena certainly has a sliver of irony to it.

The Fool's Idol floats above the main altar, the few prisoners seated in the pews of this grand church simulating a parody of a church service. But the Slayer of Demons is not fooled in the slightest, tearing through her illusions and exorcising the church from her demonic presence. 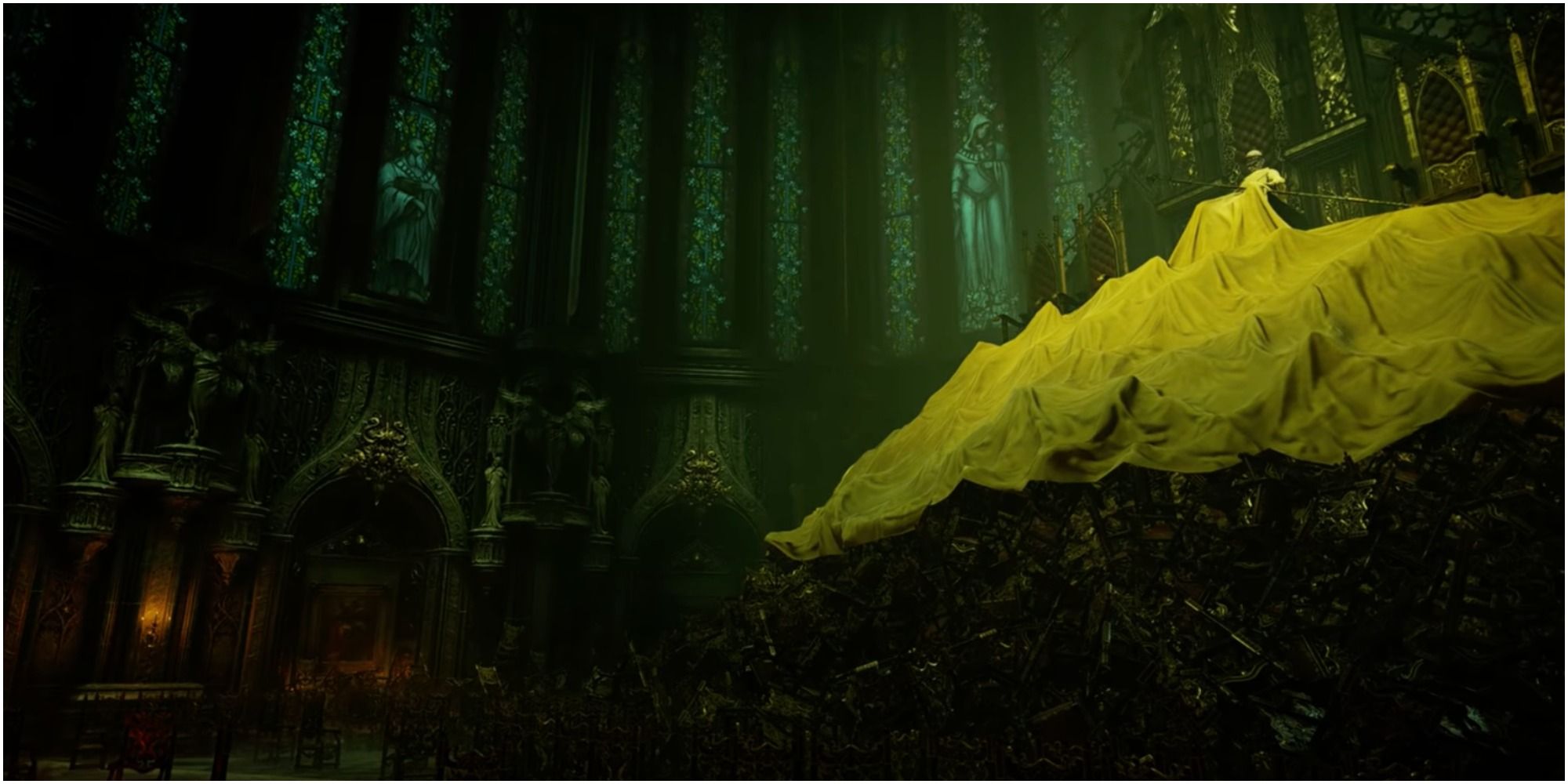 FromSoftware is definitely playing with some religious themes in the Tower of Latria area. Seated upon a black-gold throne upheld by a mountain of chairs, the desiccated body of the Old Monk, who devotes all his power to summoning and controlling a Black Phantom to vanquish the Slayer of Demons.

The Slayer and the Old Monk trade blows as the lifeless husk of the real Old Monk looks on from above. A ghostly audience sits in the scattered chairs, bearing witness to the corrupted Old Monk's final battle. 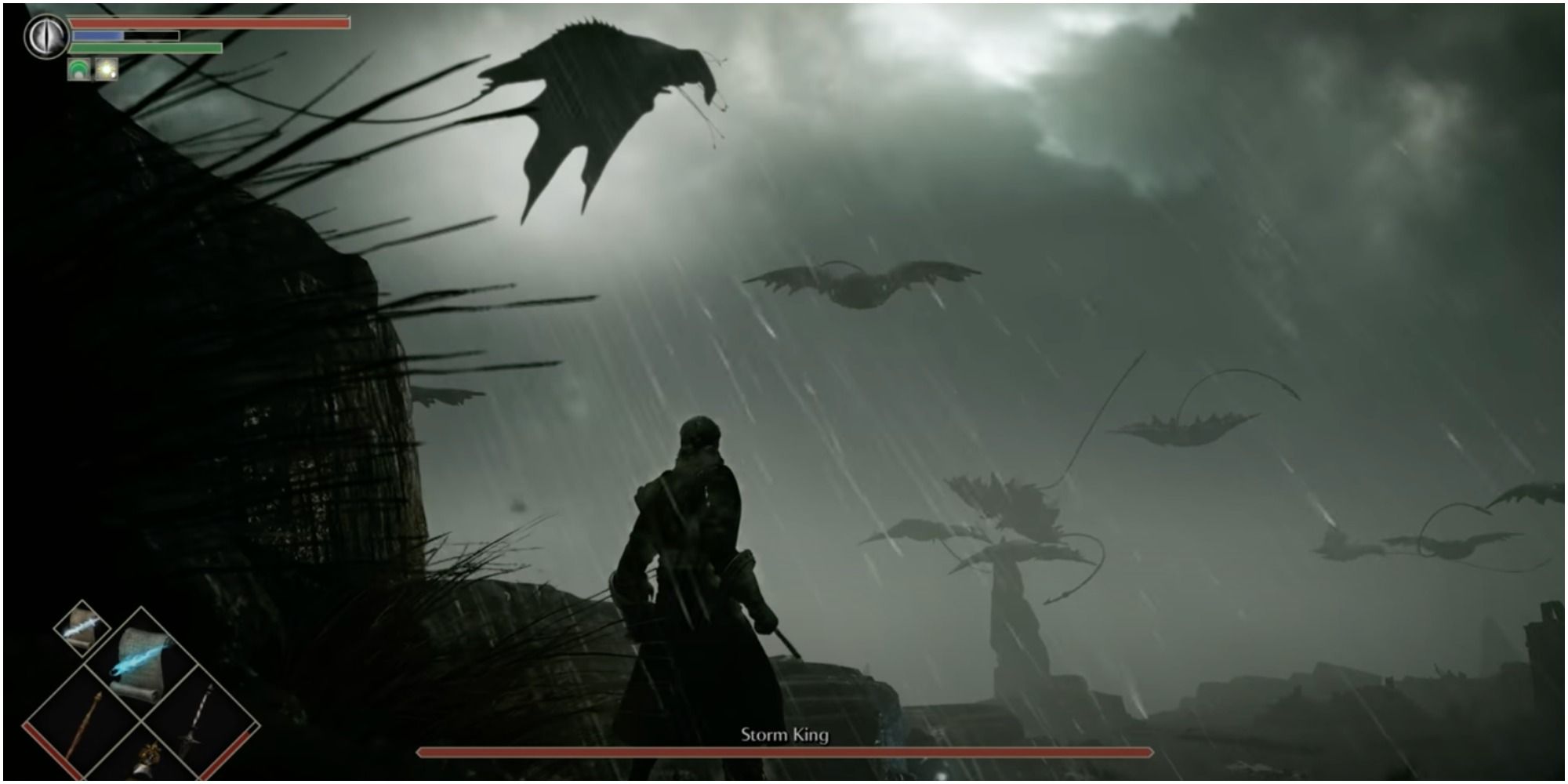 Behind the storm clouds, lightning illuminates the ashen sky as endless rain heralds the coming of the Storm King. The Slayer of Demons arrives at the Altar of Storms, the heavens plagued with the Storm King and his brood; but with a weapon powerful enough to conquer the Storm itself, fear finds no place in their heart.

The boss arena that is this craggy isle is dotted with the remnants of ruined houses, an eternal realm of darkness and desolation. The Slayer of Demons rages against the Storm, dodging a hail of shards to bring down the Archdemon of the Shrine of Storms. 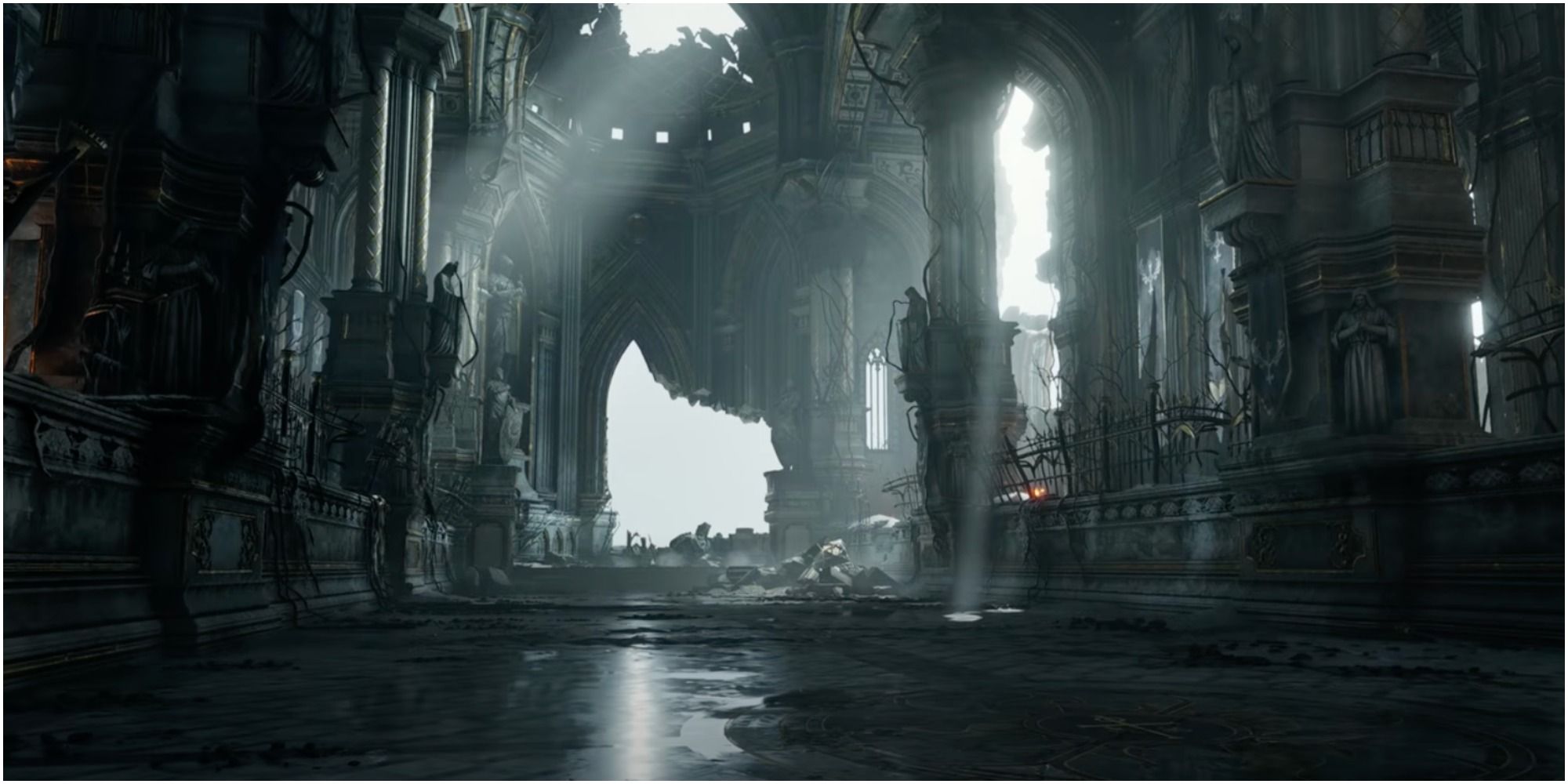 Nestled in the throne room of The King's Tower in the Boletarian Palace, the false shade of Old King Allant resides, waiting for the Slayer of Demons to approach. Light streams in through the cracked dome and shattered archways, the palace's golden interior enshrouded by vines long dead.

Climbing up the steps to seek audience with the false king, the Slayer of Demons approaches undaunted. Allant charges with his sword held aloft, shock waves dealing damage to the already splintered marble floors. In the shattered debris of Allant's throne room, this boss arena shows the consequences of Allant's bid for power.