Ghost Shells have been reworked entirely in Destiny 2: Beyond Light. Here’s how the new mods work.

For the longest time, Guardians in Destiny 2 would basically use Ghost Shells that had either the Guiding Light, Treasure Hunter, or Speed Demon perks. All other Ghosts were essentially useless in comparison. Why would you ever deny yourself a 10% boost to XP for everything you do in an RPG?

But this meant that every Guardian mostly used the same Shells, making them ubiquitous rather than a unique expression of character. It also meant that Bungie wasn’t selling new Ghosts in the Eververse if they didn’t have those three perks. Clearly, the system was flawed for both the players and the developers.

Enter Beyond Light. Now, Ghost perks have all been turned into mods that you can slot on whatever Ghost Shell you prefer. This means you get both the perks you want and the Ghost Shell you want for the best of both worlds.

Here’s how you can mod up your favorite Ghost and how we recommend you take advantage of this new system. 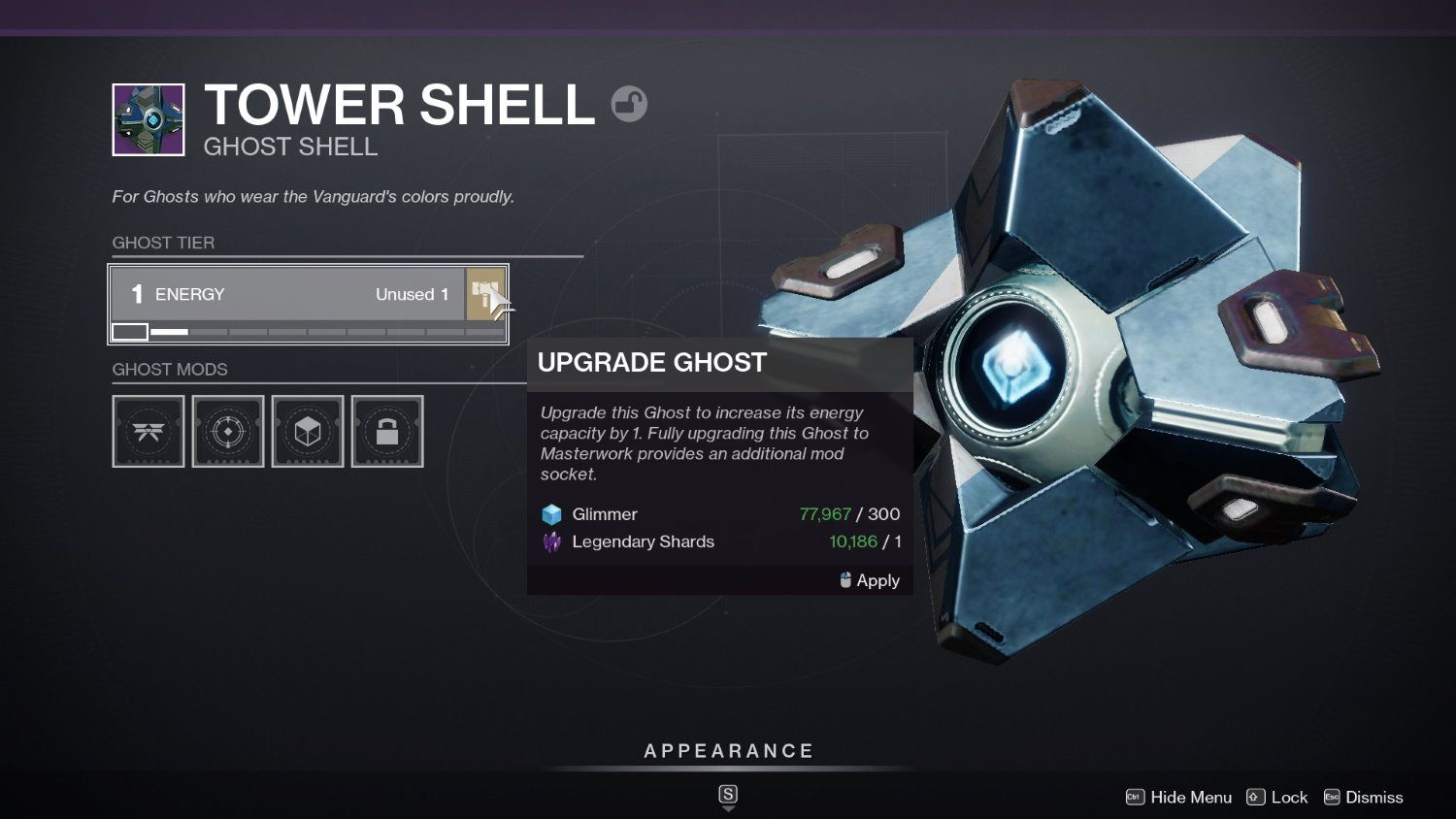 The first thing you’ll want to do is Masterwork your Ghost. Since all Ghost Shells are the same, you can literally just pick the one you think is the prettiest. That’s “your” Ghost now.

Lucky for Guardians, Bungie made Masterworking your Ghost pretty easy. All you need is 30 Legendary Shards, 7 Enhancement Cores, and 10,000 Glimmer. That might sound like a lot to new players, and if you’re tight on resources, just upgrade your Ghost as much as you can. Just like your armor, the more you upgrade your Ghost, the more energy you have to play with in terms of mods.

Here’s how much you need to upgrade your Ghost to each tier: 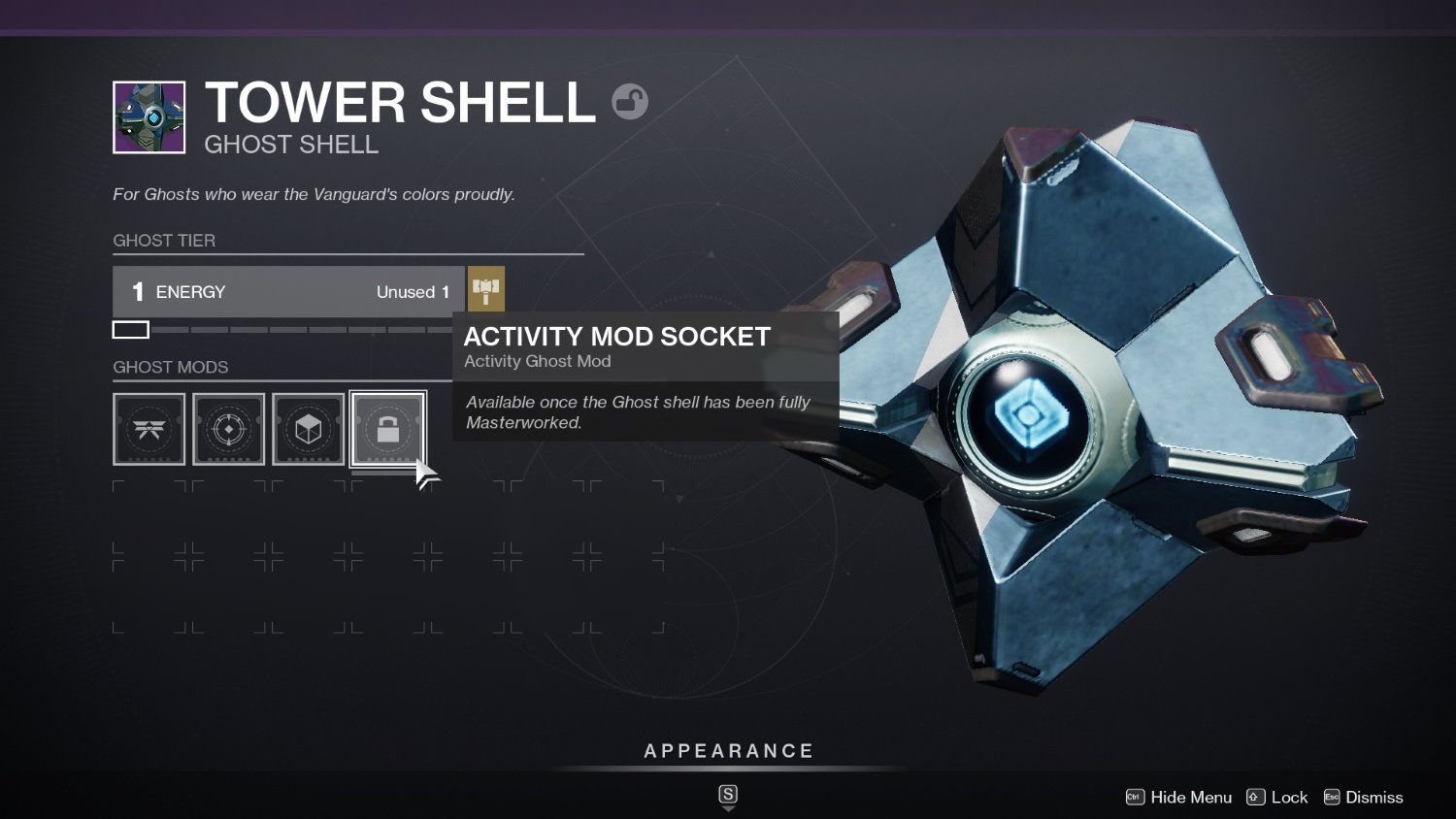 Each Ghost now has four mod slots. The first three are available throughout the Masterworking process, while the final fourth slot is only available after reaching tier 10 and your Ghost is fully Masterworked.

Slot one has mods for XP and XP only. You can give yourself a boost to XP gains from 2 to 12% with an energy cost ranging from 1 to 6. Most are available right away, but Blinding Light’s 12% buff must be found randomly in a world drop before you can slot it. It’s also only available for the current season and will have to be found again in future seasons.

The second slot is the Tracking Mod Slot. You’ll be able to slot mods that detect hidden caches and resources on an energy scale from 1 to 5. The Combo Detector functions similarly to the previous Treasure Hunter in that it lets you detect both resources and caches up to 40m away at the cost of 5 energy. The Wombo Detector costs 6 energy but lets you see both caches and resources out to 50m, although just like Blinding Light, it breaks at the end of the season.

A Ghost’s third slot is the Economic Mod Slot. Here you’ll be able to boost your Glimmer gains, get telemetry data for Banshee, and give yourself a few extra destination resources at the end of strikes. Public Defender can also be found here for 5 energy and it will give you the same boost to Glimmer and resources from Public Events. If you’re tight on Glimmer, this might earn a slotted mod, but of the three slots so far, this one is the least important.

And finally, we arrive at the fourth and final Activity Mod Slot. This only becomes available after fully Masterworking your Ghost, but once you have, you can get Enhancement Cores, Prisms, Upgrade Modules, destination materials, and a chance for Legendary Gear at the end of playlist activities.

Lesser Core Harvest provides a chance at getting Enhancement Cores at the end of a Crucible match, Gambit match, or Vanguard Strike/Nightfall. It costs 4 energy, but for six energy you can slot a Greater Core Harvest mod for a chance at an Enhancement Prism. The Prosperity Mod is also a great way to get more loot from playlist activities by getting extra Legendary drops.

How To Best Use Your Ghosts 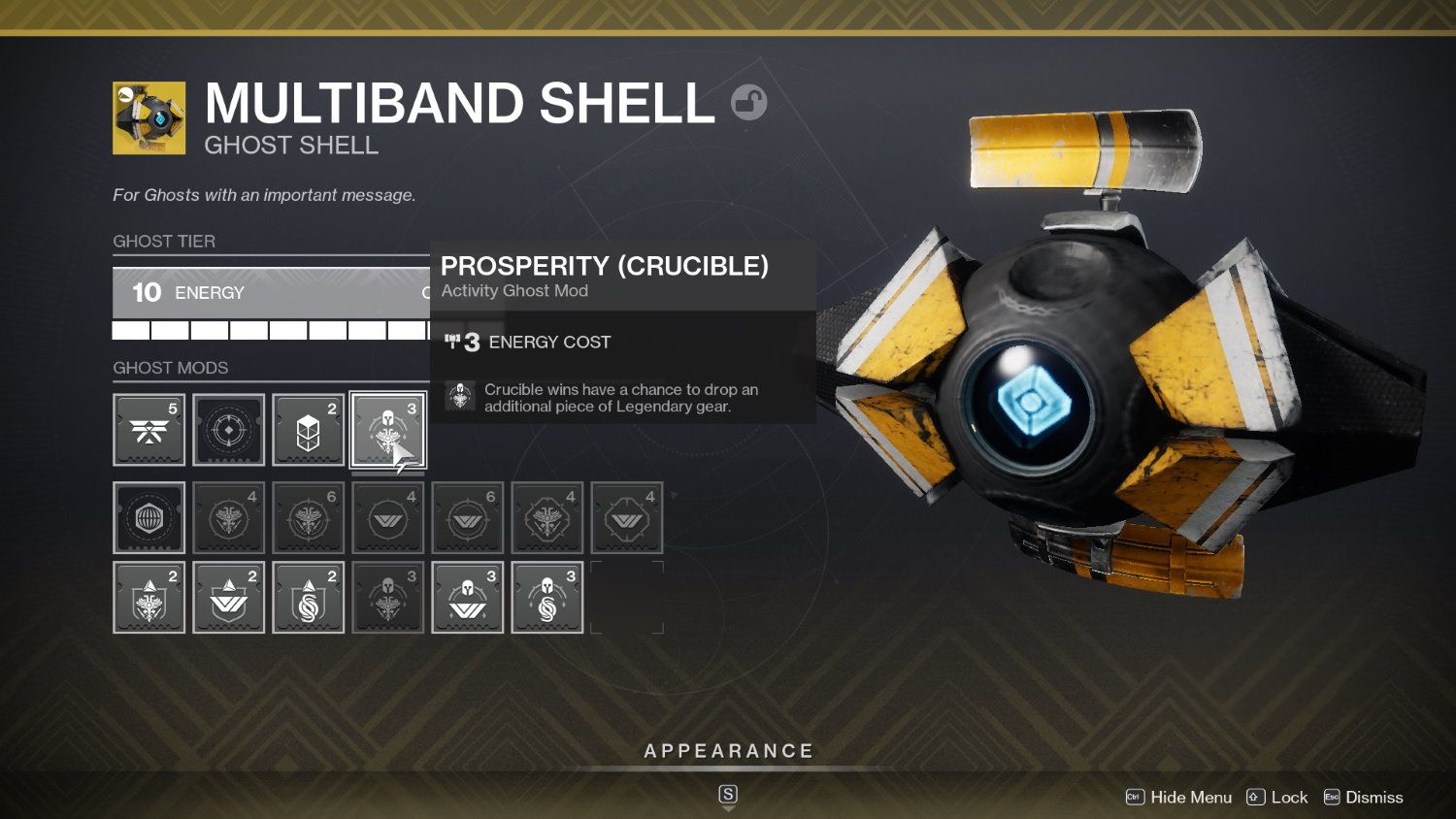 For Destiny veterans with plenty of Masterworking materials, I recommend you Masterwork four Ghosts: one for Strikes, one for Crucible, one for Gambit, and one for general open-world activities. Always have some sort of XP mod slotted in all four Ghosts, while each specific Ghost will have different mods depending on what you want.

I find it best to include the Combo Detector in the open-world activities so that you can easily grab caches and resources and keep a constant stream of Glimmer coming in. For the playlist activities, you can slot the Prosperity mod for extra Legendary Gear (which is especially useful if you’re still grinding your way to the soft Power cap of 1200), while those looking to recoup their Masterworking costs can slot in the Core Harvest mods.

Just remember to swap out your Ghost depending on which activity you’re doing to make sure you maximize your rewards.

NEXT: I’ll Only Play Black Ops Cold War If I Can Shoot Ronald Reagan 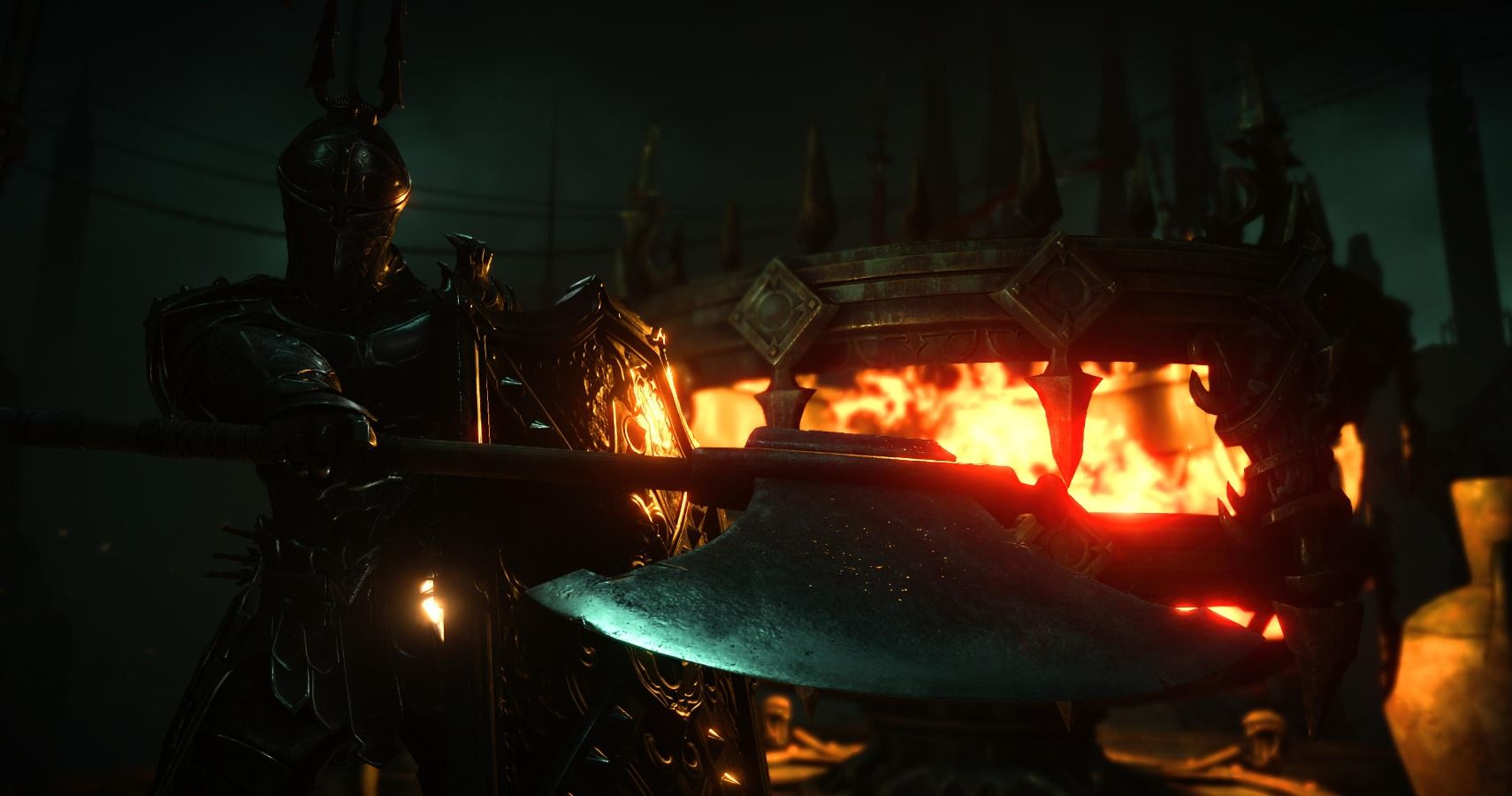