The Diablo 2 Resurrected creators said they never try to fix the original game or make it any easier. While working on the upcoming remaster, the idea was to stick to a 70/30 ratio, where 70 percent of the classic version remains intact.

Diablo 2 Resurrected design lead Rob Gallerani and lead artist Chris Amaral spoke to PCGamesN about making “an authentic remaster of people’s childhood” without any plans to change things dramatically for the new generation. The developers believe the recent technical alpha a few months before release was important as “it’s the only way to see how the game feels in players’ hands and if there’s still more to improve.”

While working on the game’s assets, the authors of Resurrected emphasized a so-called 70/30 visual guide to maintain the iconic shapes and the things that make the original game special. As a result, 70 percent of visuals remained classic, including the silhouette reads, the colors, and the posing. The other 30 percent is where the creative team pushed for a more modern, contemporary look to the art. Bringing in extra details and design elements makes everything feel more immersive and believable.

In terms of the gameplay, Blizzard and Vicarious Visions turned their look at already existing modifications to Diablo 2. The team didn’t want to make the remaster any easier to play but wanted the game to be more accessible. “We just wanted to see if the community liked this quality of life change or not,” Rob Gallerani said.

One of the goals for the team was to make it easy for players to switch between HD and SD at the press of a button. This meant that interface elements from the different versions had to match each other for a seamless effect. 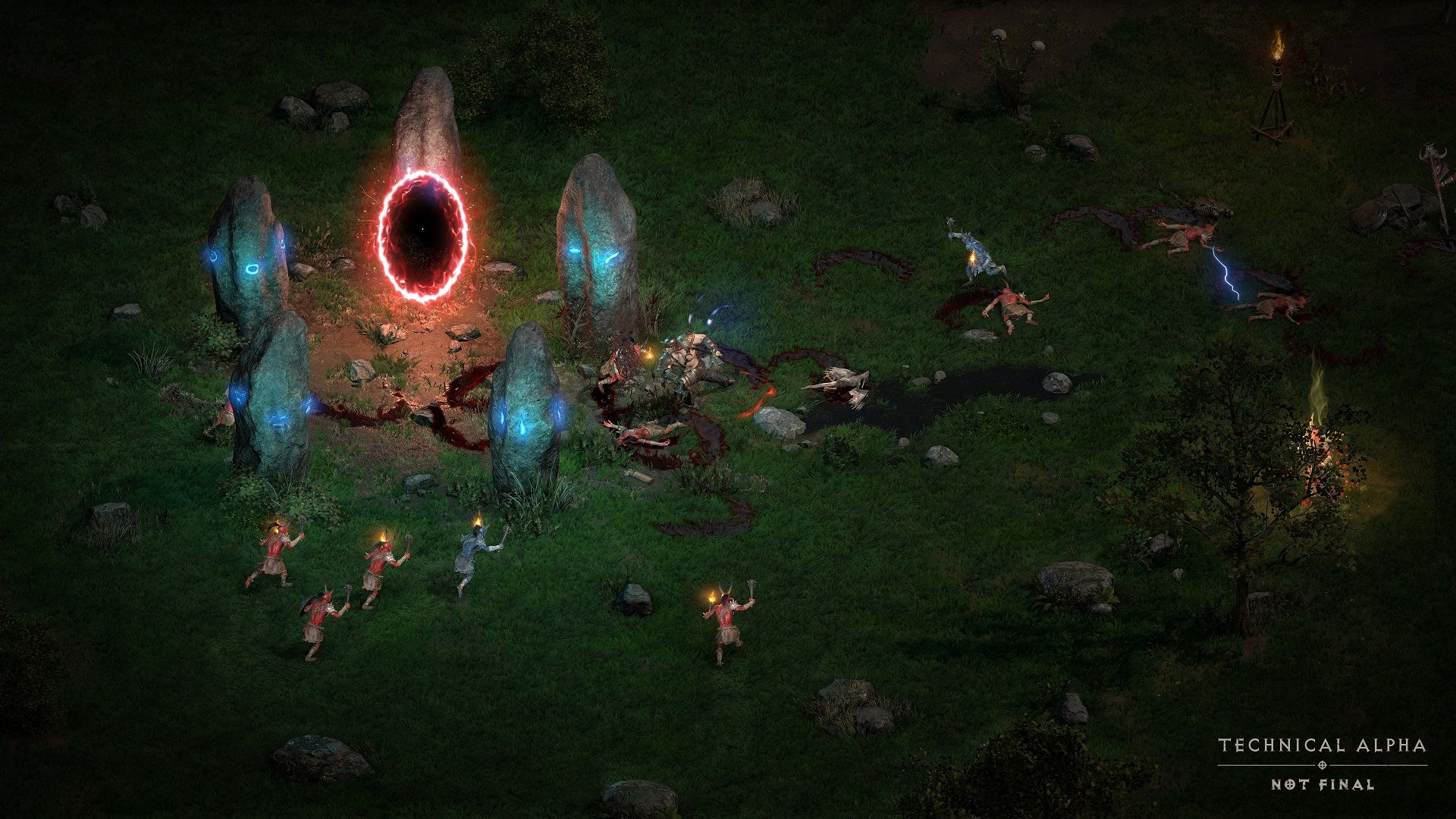 Previously Diablo designer David Brevik talked about “the addictive feeling of just one more piece of loot” for the series, which define the whole genre. Designer Erich Schaefer even compared the looting of the original two Diablo games to slot machines, where players kill enemies with the hopes for something good to come of them. Thankfully, all these exciting feelings will be brought back by Resurrected soon enough.