Call of Duty’s Zombies mode has grown a bit predictable. Every map follows the same basic structure – a bunch of training spots in a loop connected by tunnels and corridors. You see this in newer maps like Die Maschine, but also classics Kino der Toten and Revelations. But Black Ops 2’s Die Rise took Zombies to new heights. You start off in a lobby at the top of a skyscraper with the back wall blown off, exposing the second building just below. You can hop into a sketchy-looking industrial lift that plummets all the way down or parkour your way through the ruins while fighting office workers, still disgruntled even in undeath. Compared to opening doors and fending off little rooms of repetitive hordes, this was an adventurous shift that made Zombies more of an action spectacle, all while keeping its arcade roots intact.

Once you’re at the bottom, getting up the second tower is tricky. You can’t exactly take the parkour route because most of that was leaps of faith onto very unstable platforms suspended in the air. So you have to take different, working lifts. Usually, when there’s a fire, you don’t do that, but hell, half the building has been ripped off and the world is in apocalyptic chaos – who cares about OSHA violations at this point? But taking the lift wasn’t popular, and neither was the more maze-like design of Die Rise’s rooms.

It captured the monotony of office life, only now it was littered with zombies nibbling at your heels. That’s what was so charming about it, though. My favourite zombie flicks are the ones where we see average joes fending off impossible odds – 28 Days Later, Train to Busan, Shaun of the Dead, etc. – and the office building harkens back to the mode’s Romero inspirations that shaped the zombie genre we know and love today. What if an everyday location was riddled with corpses that wanted to eat your brains? 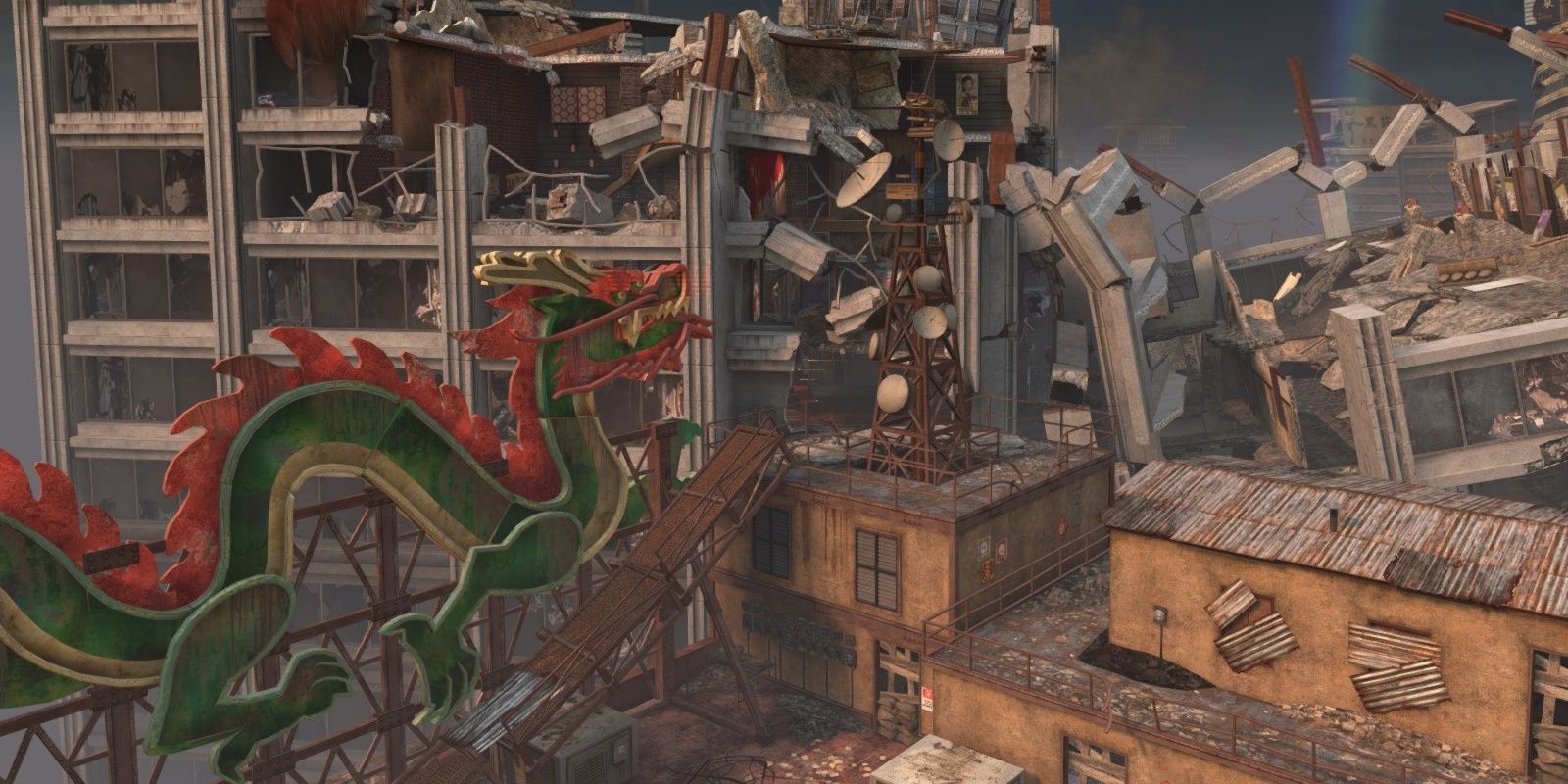 It made Die Rise trickier, but its approach also made it the most unique leap since Nacht der Untoten to Verrückt, creating a whole new sense of discovery. And to see it so quickly abandoned in favour of the typical formula was a shame. Buried, Mob of the Dead, and Origins are all fantastic maps belonging to the mode’s hall of fame, but Die Rise – while an imperfect attempt at shifting the tide – remains its most interesting idea. Hot off the heels of the likewise infamous Transit, it did something completely new, asking us to reevaluate how we play.

I love Die Rise through all its awkward quirks and weird faults. The idea of leaping between skyscrapers while fighting an endless onslaught, running to get ammo from a wall-gun ten floors up while the stairs are out, feels like a natural evolution on the promise of the mode. We started in a little bunker, fought our way through an asylum, fired a rocket into space, and went to the moon. Die Rise’s complete change in structure made it even more out of this world than stepping onto a lunar base, and that’s what Zombies has always been about: taking this same basic hidden spin-off from World at War and reinventing it, keeping it fun year in and year out with nothing but the foundations staying the same.