After Digimon Survive's second part, you're given the chance to obtain even more Digimon through the game's Free Battle Areas that appear in Part 3. In this section of the game, you'll be able to find one of the most iconic and fierce Digimon: Meramon, the perpetually flaming monster with an edgy attitude.

Alongside Fangmon who is also obtainable in Part 3's Free Battle Area, Meramon is one of the more powerful Digimon that can be obtained during the early hours of the game. They can evolve into the more formidable BlueMeramon, and they can even be evolved from the common rookie Digimon, Biyomon. If you're progressing through the story, Meramon is well worth adding to your team.

How To Obtain Meramon From Evolution 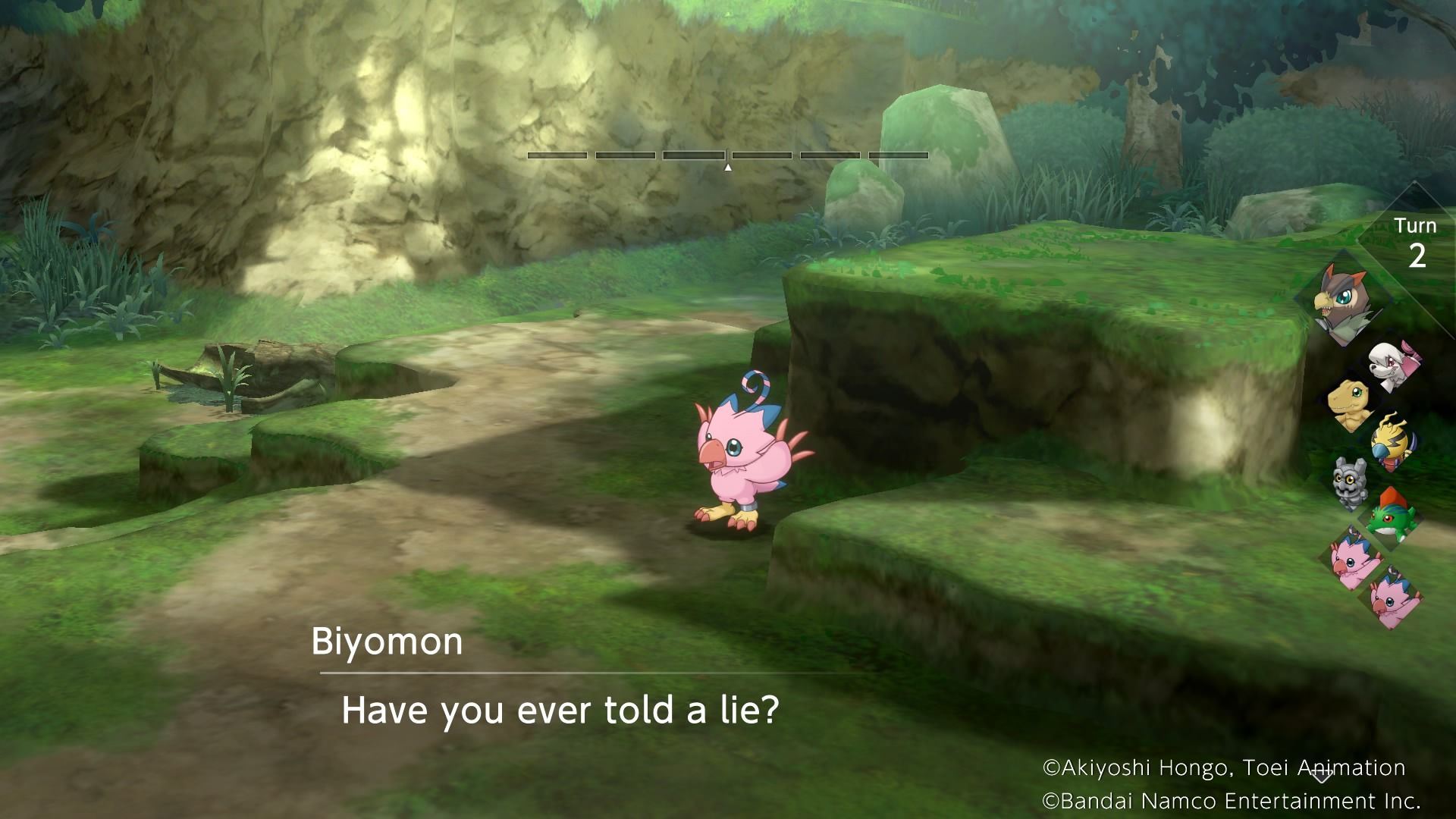 After persuading a Biyomon onto your team using the talk command, you can evolve Biyomon using a Mature Enlightenment Slab. This will allow you to transform your Biyomon into a Meramon.

Where To Find A Meramon 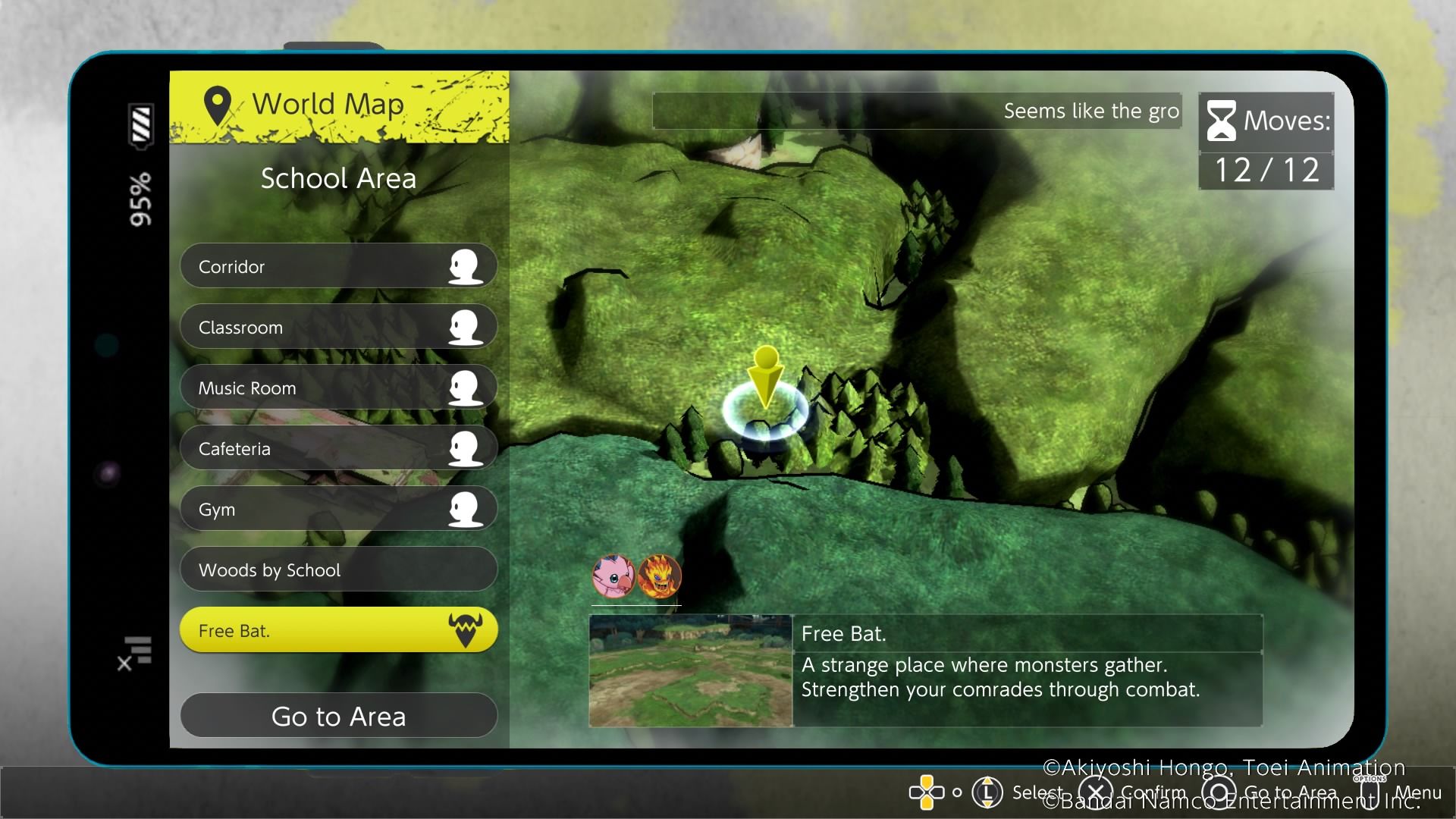 If you want to get a Meramon straight onto your team without evolving a Biyomon, you can head straight to the Free Battle Area in the school area in Part 3 of the game. As well as finding Fangmon and Numemon, you can also battle and recruit Meramon in this area.

How To Get Meramon To Join Your Team 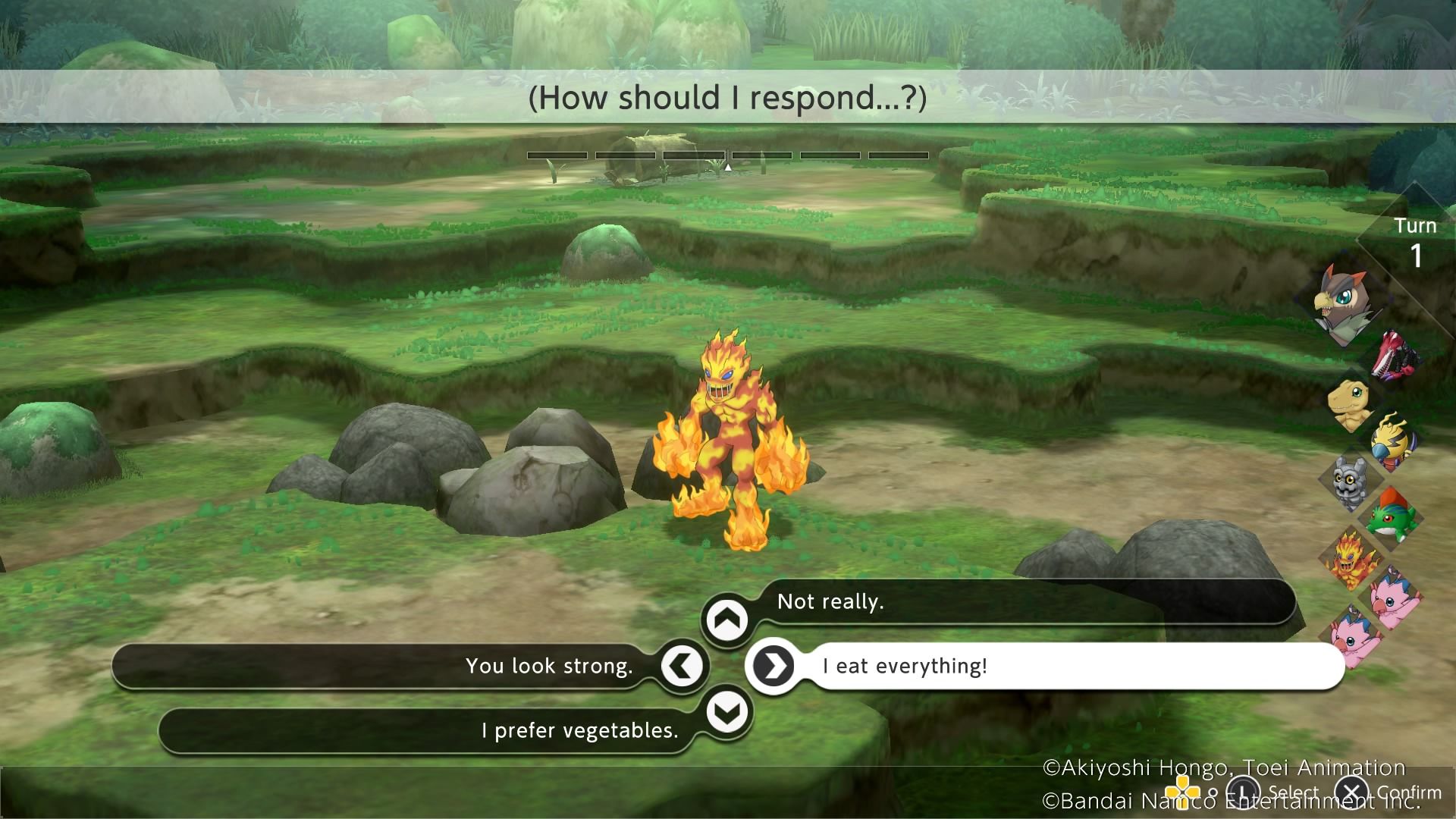 To get Meramon on your team, you'll need to avoid fighting them during your encounter and use the talk command with one of your partnered Digimon and switch to the foe tab to talk to Meramon. They'll ask a few questions, and a gauge will appear above their head, indicating how likely they are to become your friend once the questioning is completed.

Meramon has a somewhat obnoxious and edgy persona, so your responses should be tailored to either agreeing with their opinions or asserting your individuality to them. If you need to

After answering three of the questions successfully, you'll have the opportunity to ask Meramon to be your friend or ask it for an item. It isn't guaranteed that they'll join your team (a percentage chance of success will be displayed in the corner), but if it fails, you can simply restart the battle and answer the questions again. After succeeding in befriending Meramon, finish the battle, and then you'll receive them as part of your team.