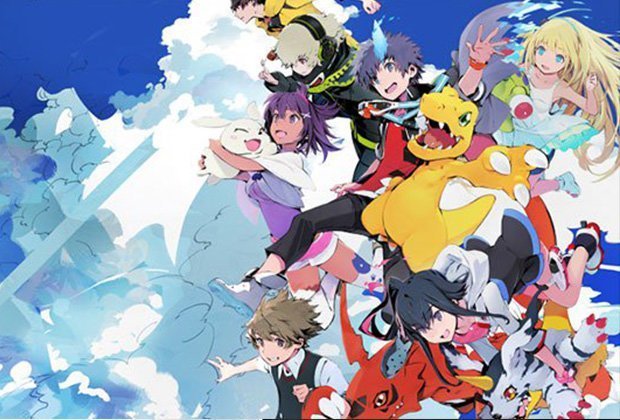 Bandai Namco has released the opening cinematic for Digimon Survive – the upcoming PS4 and Switch RPG that’s due to launch in 2020.

The opening for the game was released during the Anime Expo 2019 ‘Future of Digimon’ panel. The intro animation is the most we’ve seen of the game since it was announced the title would see a delay from 2019 to 2020.

Currently, that’s as much as we know about the release date – we don’t even know where in the year it’ll land! – but we expect to hear more fairly soon.

The new trailer features primary protagonists Takuma and Agumon, as well as a slew of new characters setting the scene for the events of the game.

Digimon Survive is a game split into two distinct parts: a ‘battle section’ and a ‘drama section’ – the intro seems to portray both pretty well.

The former part plays like a Strategy RPG (think Fire Emblem, Advance Wars, Final Fantasy Tactics) and is likely why the game is called ‘Digimon Survive’.

Both those games are pretty impressive, so to see that formula applied to Digimon gets the 90s-kid inside us very excited indeed.

Check out the opening animation below.

The ‘drama’ section of the game will play out like a visual novel, and the choices you make here will decide on the evolution of the monsters in the main portion of gameplay.

Digimon Survive’s story follows the exploits of Takuma Momotsuka, who becomes stranded in a parallel world during a camp picnic.

He and his friends (apparently called Minoru, Aoi, Shuji, and Saki) will need to explore the world and try and find a way back home.

Each protagonist will have their own partner Digimon – the main character seems to be paired with Agumon, and Floramon has also been shown off in the game too.

The game will feature spatial presentation with 2D graphics used for the character and Digimon sprites.

There will be about 100 playable Digimon in the game and each can evolve during battle using EP (Energy Points) which recover between turns.

It seems like the Digimon will be able to suffer permadeath in the game, too – a departure from what we’re used to from the other Digimon games, but something we’re intrigued to see in action.

Digimon Survive will be coming to PlayStation 4, Xbox One, Nintendo Switch, and PC sometime in 2020 – we’ll let you know as soon as we hear more.