Now that Doctor Who’s Whittaker-Chibnall era is finally over, the overwhelming feeling I have is relief. I wasn’t the die-hard Chibbers hater many people were, but it’s hard to deny his run just wasn’t as good as Steven Moffat’s or Russell T. Davies’. It often veered into feeling overly saccharine, was marred by some incredibly poor performances and weak writing, and the less said about Orphan 55, the better.

And yet, as we look forward to the Second RTD Era and the return of David Tennant as the new Fourteenth Doctor, there is one thing I’ll miss about Chris Chibnall’s time as showrunner: he sure knew how to do an incredible twist. Some of the most exciting moments in Doctor Who’s history have come during the four years of the Thirteenth Doctor, and it’s worth celebrating before we get too enamoured with what's to come next.

The first big twist of Chibnall’s Doctor Who came in Jodie Whittaker’s first episode as The Doctor, The Woman Who Fell To Earth. Despite being marketed as a Jackie Tyler-like supporting character before the series debut, it suddenly killed off new companion Graham’s wife Grace by throwing her off a crane. It immediately brought stakes to the series, and gave Graham a much-needed throughline for his character – he wasn’t just seeing the universe with The Doctor, he was running away from his grief, desperate to not feel alone. 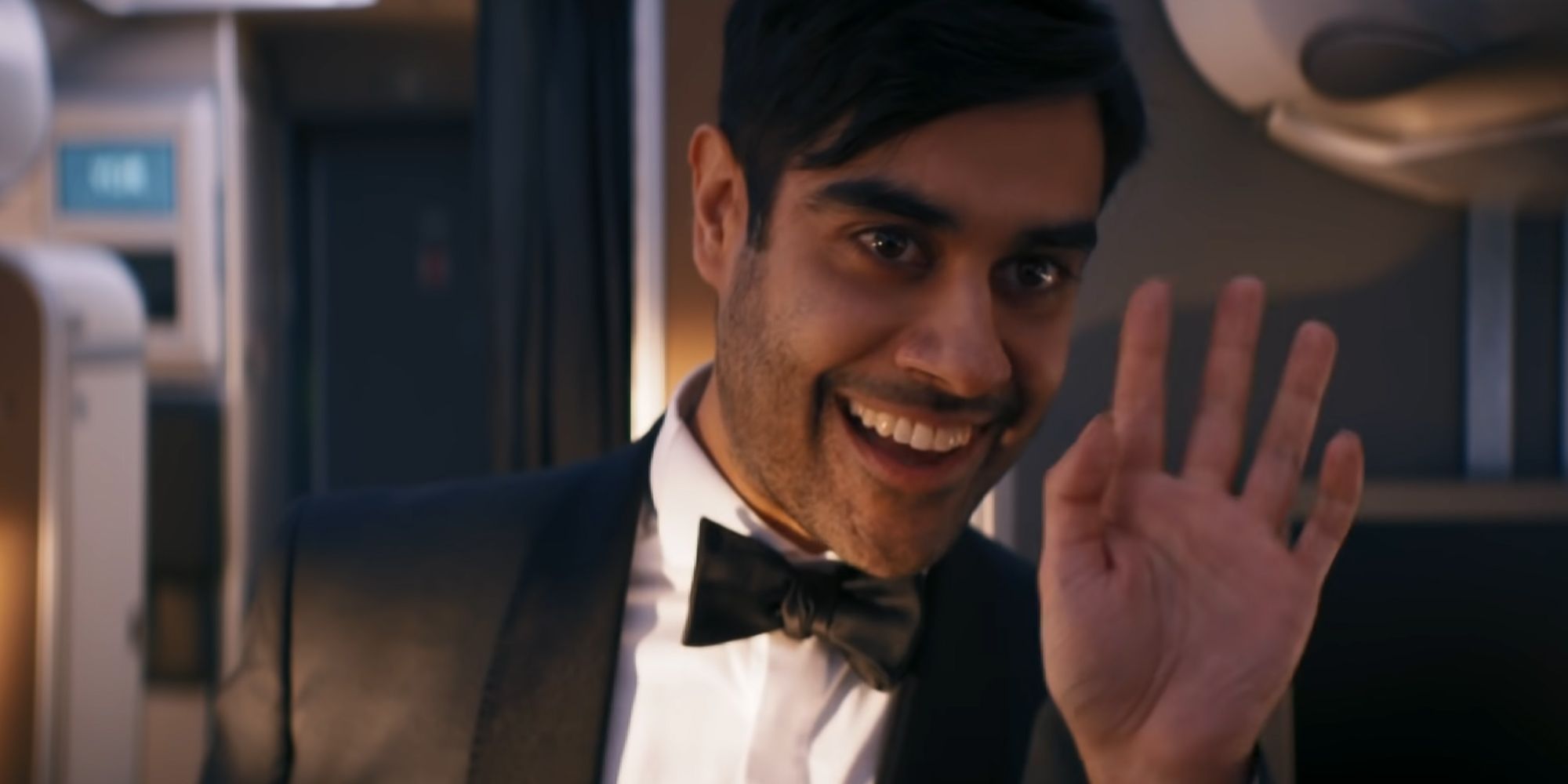 Chibnall’s passion for twists didn’t really hit its stride until his second season, though. Spyfall Part One has possibly the single-best cliff-hanger in Doctor Who history, with the reveal that the spy O is The Master in disguise. It was one hell of a way to introduce Sacha Dhawan’s new, more violently unstable take on The Master. We would see him pop up frequently throughout the rest of Whittaker’s time as The Doctor, but his impact was best felt in this very first encounter.

Of course, the most memorable twist in the Thirteenth Doctor’s era was the reveal of The Fugitive Doctor. Who would have thought that an episode called Fugitive Of The Judoon would be anything more than a vehicle to bring back an older, C-tier RTD-era alien? Instead, the Judoon barely even feature, with the episode suddenly swerving to both the return of Captain Jack Harkness and the reveal of an older, forgotten incarnation of the Doctor. 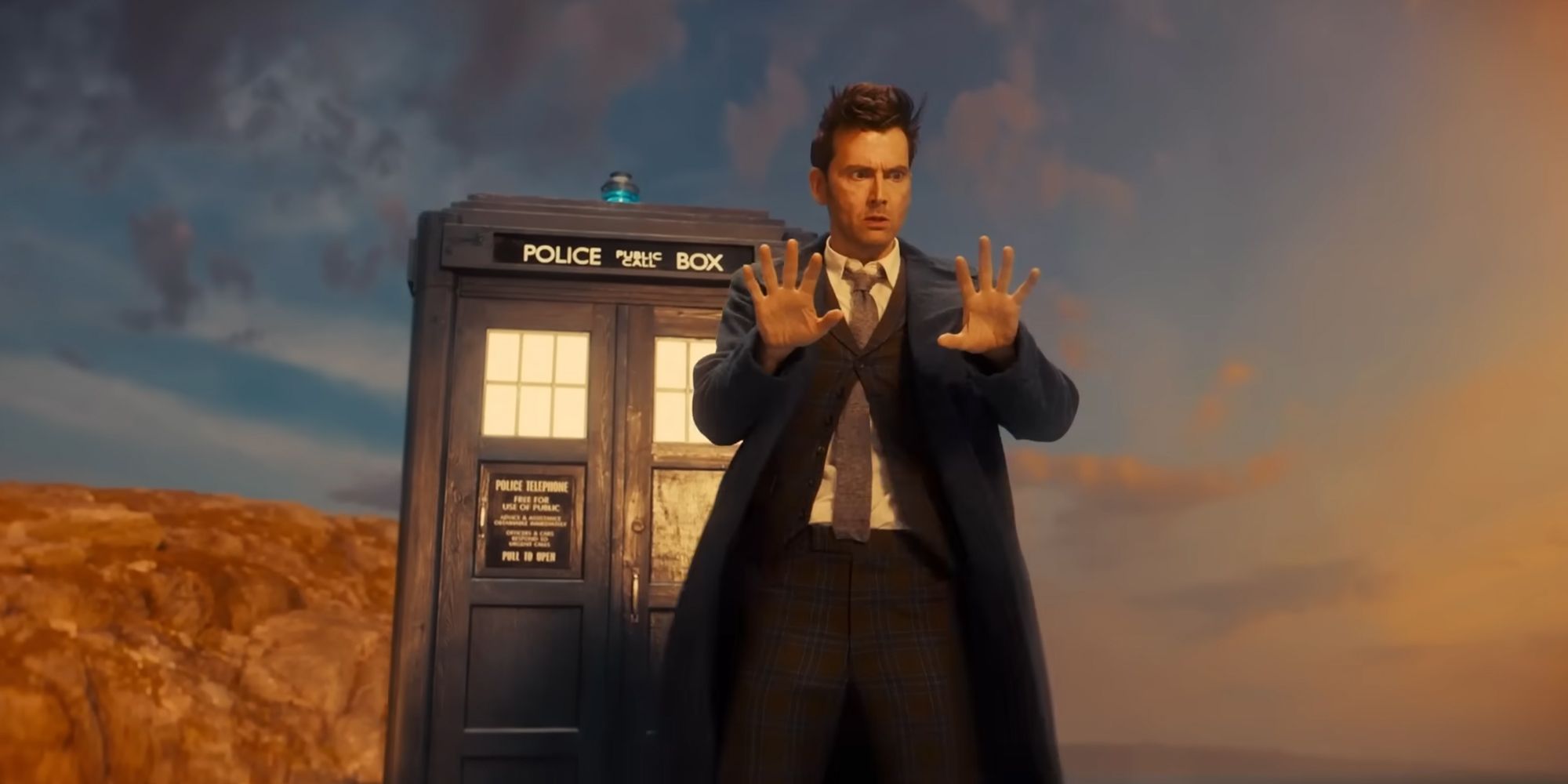 Even Chibnall’s final episode managed to excite with twists. Though the big one is obviously Whittaker’s regeneration not into Ncuti Gatwa, but David Tennant, we also saw the reveal of a subconscious shared space where all previous incarnations of The Doctor can appear, and surprise returns from companions like Liz, Ian, and Mel. Each of these were huge, gasp-in-amazement moments, which has been happening in Chibnall’s era more than some people would care to admit.

Chibnall understood two things about twists in Doctor Who that neither RTD nor Moffat did. The first is that they must actually have an impact. Davies’ run was notorious for the easily resolved cliff-hangers that had no impact more than 30 seconds into the next episode. Whether it was The Doctor fighting off the Cybermen with a conveniently charged piece of the Tardis in Age of Steel, or having a handy-dandy hand to regenerate into in Journey’s End, Davies’ twists were always for the spectacle over the impact. 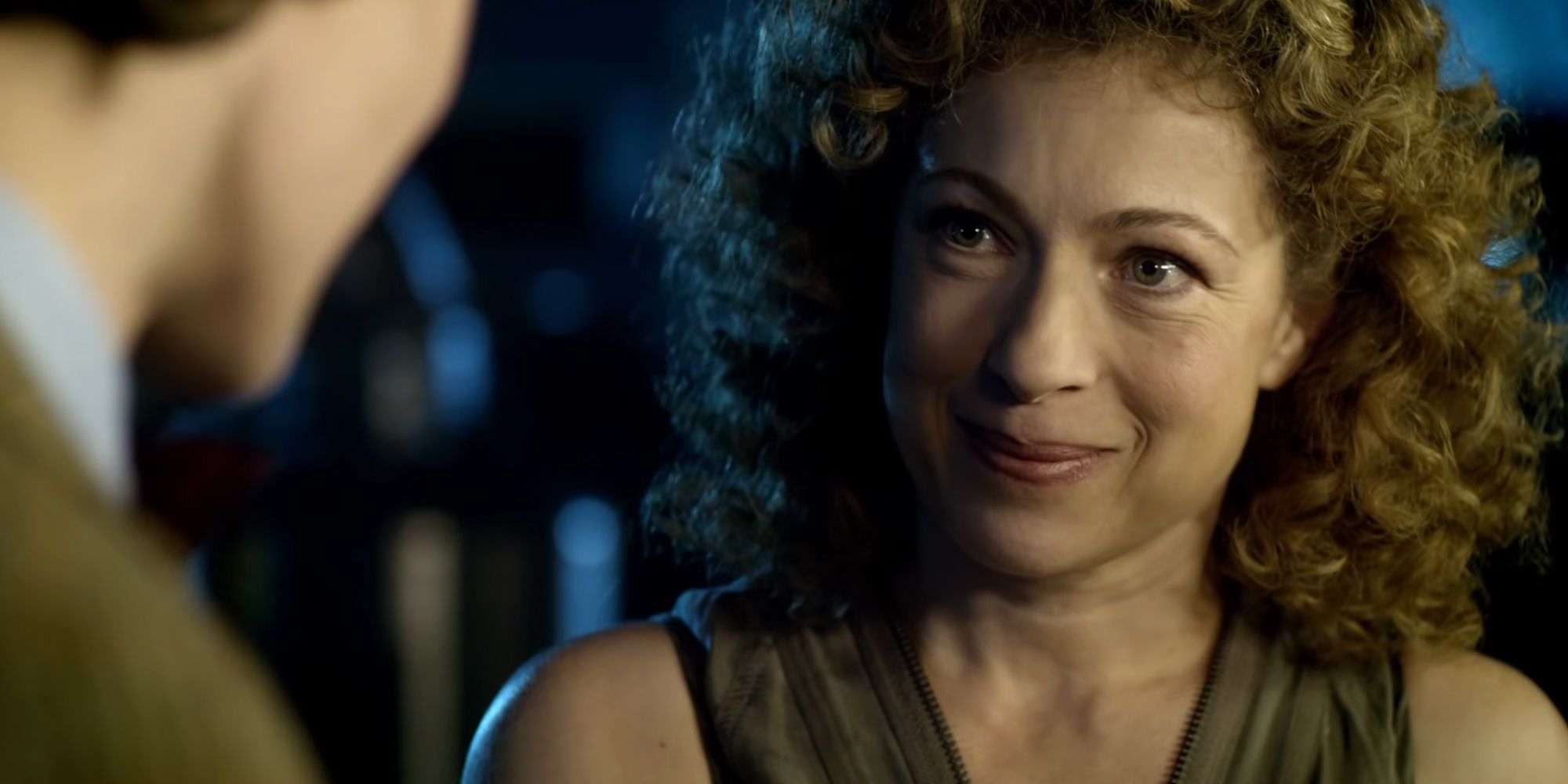 Moffat, meanwhile, greatly overestimated the importance of his twists. The reveal that River Song is Amy Pond’s daughter came way too soon into their time together, and could’ve been a much more built-up affair than it was. The same goes for the reveal of The War Doctor in The Name Of The Doctor – it was clear he was a plot device to replace Christopher Ecclestone and Paul McGann, and was just presented as if we were meant to be really invested in this incarnation of the Doctor we had known for less than five seconds.

Chibnall, on the other hand, had most of his twists develop the long-term story of the Doctor or her companions. Grace’s death changed Graham, Spyfall gave 13 a new Master to fight with, and the return of previous Doctors helped fix her relationship with older, more bitter companions who she parted with less amicably. The Fugitive Doctor and the Timeless Child, for as much uproar as they caused, were a defining part of 13’s time in the Tardis. They changed the status quo, and, for the most part, those changes stuck. It’s telling that the weakest twist of the entire run, where The Doctor was turned into a Weeping Angel for a few minutes, is also the most like RTD’s. 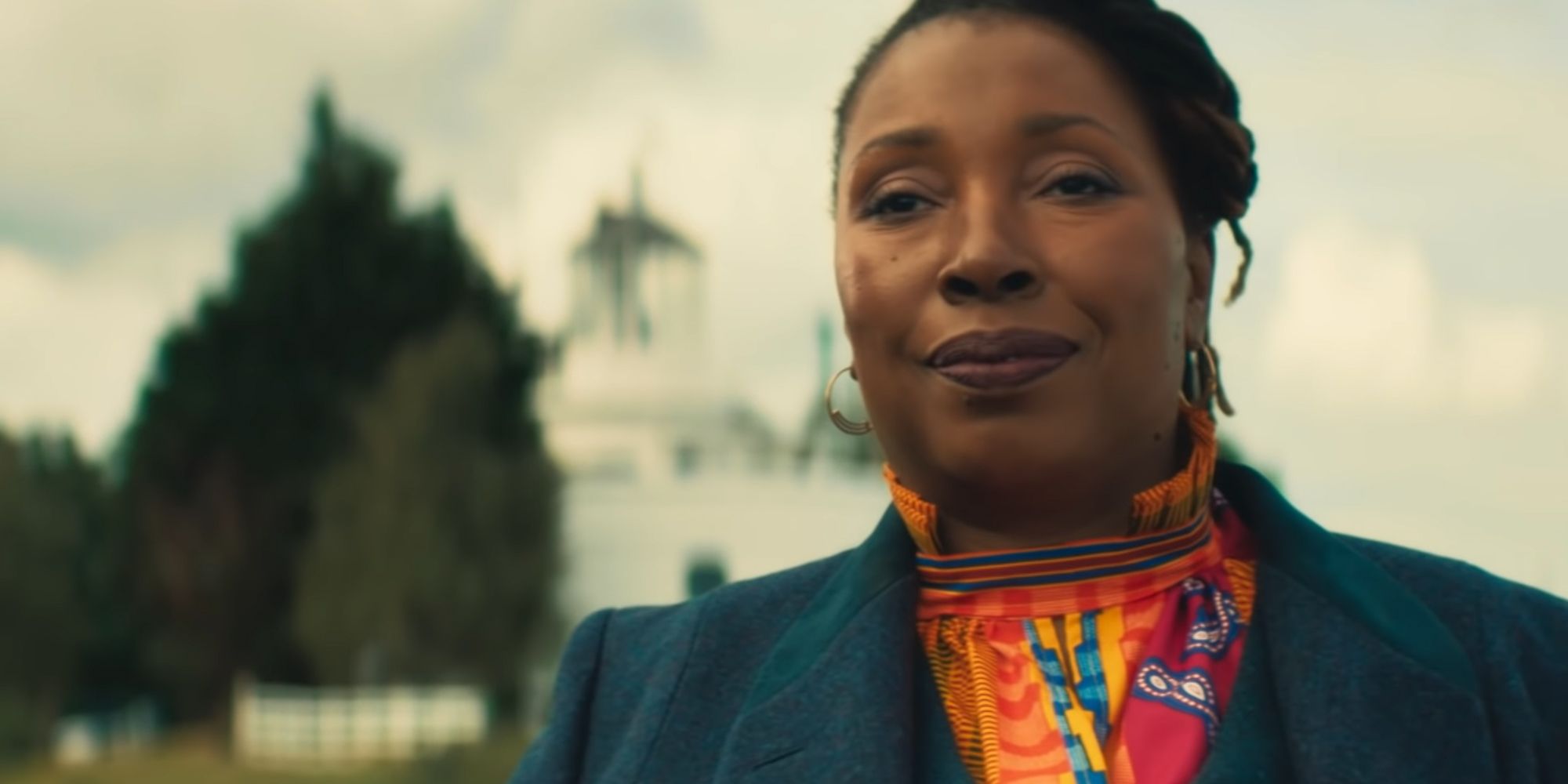 Chibnall’s twists also had spectacular timing. Davies’ run was strictly regimented, with each season consisting of 13 episodes and three two-partners interspersed in them. He often saved those big twists for the mid-points of the two-parters – Donna ‘dying’ in the Library, or the return of Rose in The Stolen Planet. With no flexibility to his pacing, you often knew when the big twists would be coming, and it wouldn’t generally be in those single-episode fillers between two-parters. Moffat played a bit looser with structure, such as revealing Amy was a Ganger in The Almost People, but it was still very much a case of just needing something exciting to end on, and not so much having something that drives the episode itself.

Fugitive Of The Judoon wasn’t a finale, a two-parter, or anything of the sort. It was just a random episode in the middle of the series, and out of nowhere, it changed the course of 13’s run forever. Spyfall was a two-parter, admittedly, but after a goofy episode about spies and glowy-interdimensional-beings, the last thing we were expecting was a new incarnation of The Master. A twist isn’t a twist if you know the twist is coming – like marketing the Master’s ‘surprise’ return in Peter Capaldi’s penultimate episode – so Chibnall expertly put them into places where you’d least expect it. 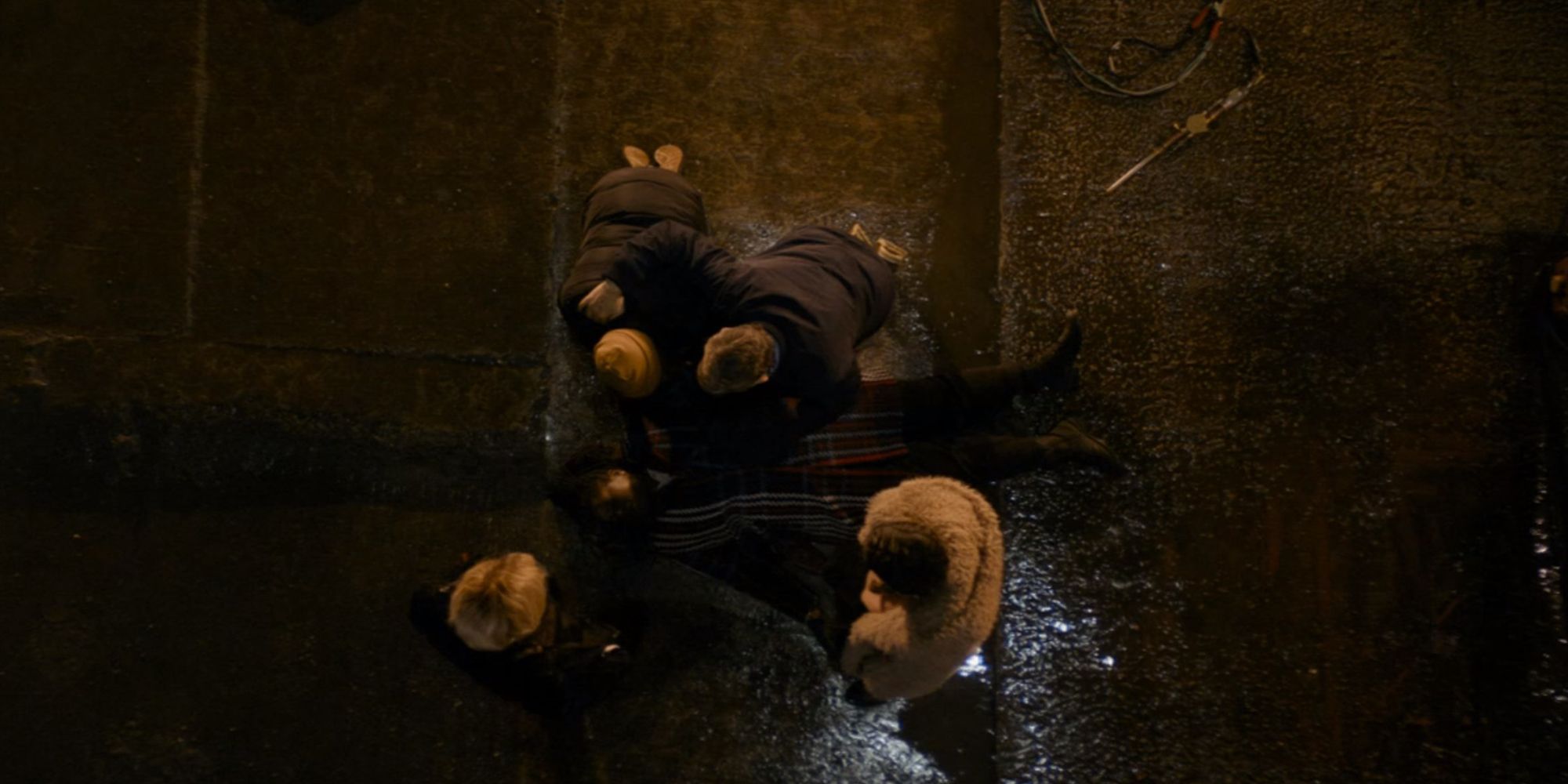 Chibnall’s time as showrunner was rocky, there’s no denying that. But, years from now when we’re firmly into Ncuti Gatwa’s Doctor and Russell T. is back doing the Russell T. things we all loved, it’ll be worth remembering the time when Doctor Who really mastered the art of the surprise.