With its storybook art, cast of anthropomorphised animals, and general air of breezy tweeness, you'd be forgiven for thinking Beacon Pines was a mawkish, cutesy coming-of-age narrative game. I mean, it is that—but it's also dark. When you start the game and find yourself in the idyllic town it takes its name from, in control of a lil sweater-wearing deer named Luka, you don't imagine for a second that anything bad will happen to him. But then, while investigating a mystery involving an abandoned warehouse at the edge of town, he dies. Well, I assume so. You don't see it, but it's heavily implied that he's finito.

Don't worry, though: I haven't spoiled the entire game for you. This early confrontation with the Reaper is Beacon Pines' way of introducing its branching story gimmick. When Luka meets his unfortunate demise, the camera pulls out to reveal the pages of a book. An unseen narrator, who accompanies you through the whole game, seems unsatisfied (understandably) with this ending, and wants you to find another. One where, ideally, Luka makes it to the next chapter alive. So you go back to one of the game's many Turning Points, do things differently, and hope that the outcome is happier this time. Thankfully, it often is. 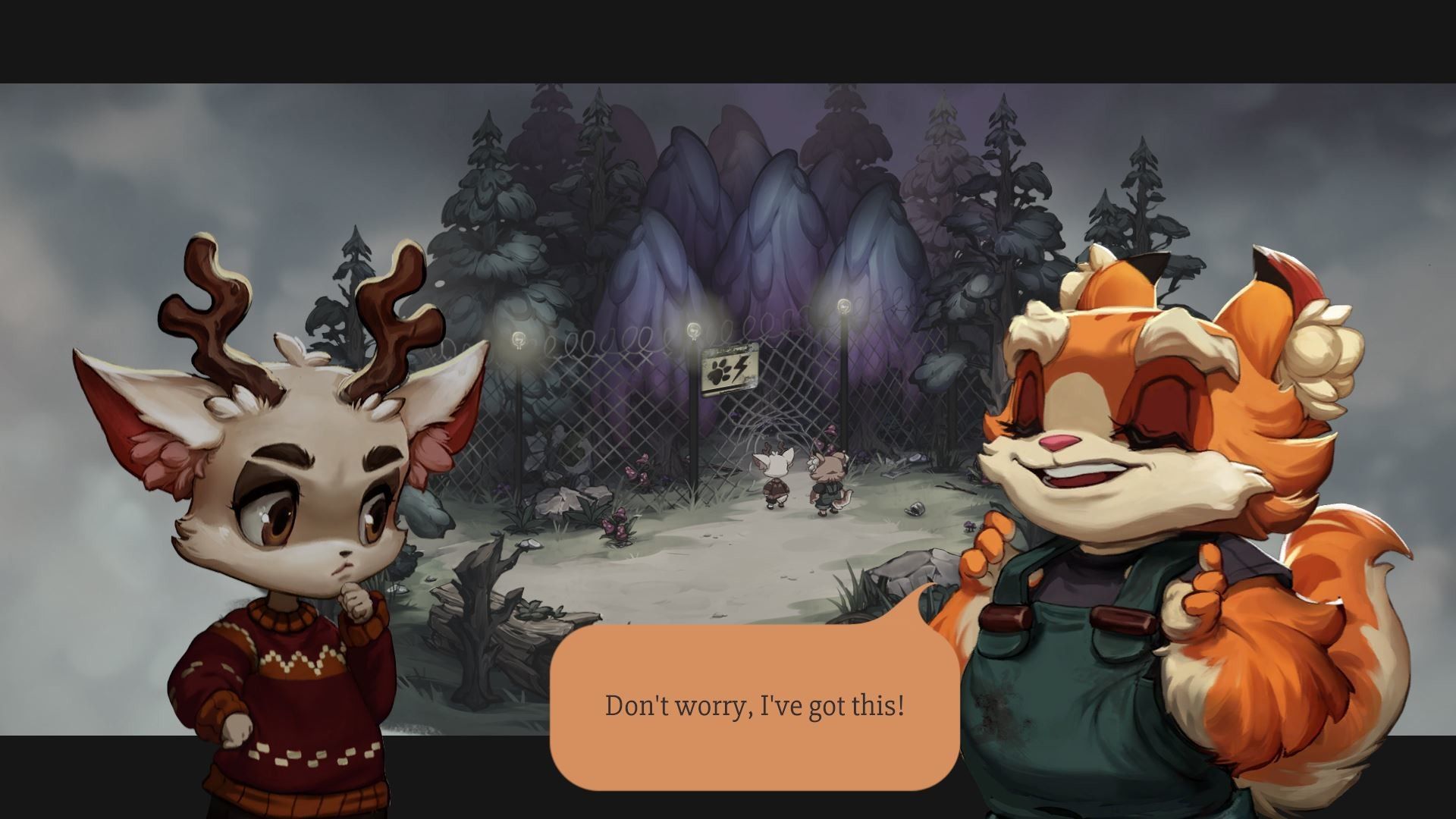 When you hit a Turning Point, it's time to use a Charm. These cards represent a variety of abstract concepts—fight, tickle, refuse, break, pungent, smack, shit, shame, to name just a few—and playing them sends the plot spinning off in a new, sometimes dramatically different direction. Often the Charm you select will lead to a dead end, where the narrative grinds to a halt and you have no hope of solving the mystery at the heart of the game. If this happens you can pull up a menu illustrated as a tree, which represents the game's branching story in a very literal way, return to an earlier 'branch' and instantly give another Charm a go.

And you will want to exhaust every possibility, because the mystery that underpins the story is incredibly compelling. As is usually the case with these small, isolated towns, something weird is going on in Beacon Pines. Tonally, there are two distinct sides to the game. There's the human (well, animal) drama, where Luka and his friends try to navigate the stormy waters of adolescence. Then there's the aforementioned mystery, which involves shady conspiracies and buried secrets, and feels more than a little Stranger Things in places—especially the final act. It's a neat blend of sci-fi and horror, and I was completely hooked.

I did enjoy the teen melodrama, even if the dialogue does get a bit syrupy at times. Luka and the citizens of Beacon Pines are all colourfully written and vividly drawn, and I enjoyed spending time with them. The entirety of the game is set in the town, meaning you're given plenty of time to get to know the residents—their quirks, their hang-ups, their hopes, their dreams, and their fears. As you progress through the story you get tangled up in an intriguing web of close-knit interpersonal relationships, like Dale Cooper in Twin Peaks, which leads to shocking revelations about what's really going on in the town. It's very well done. 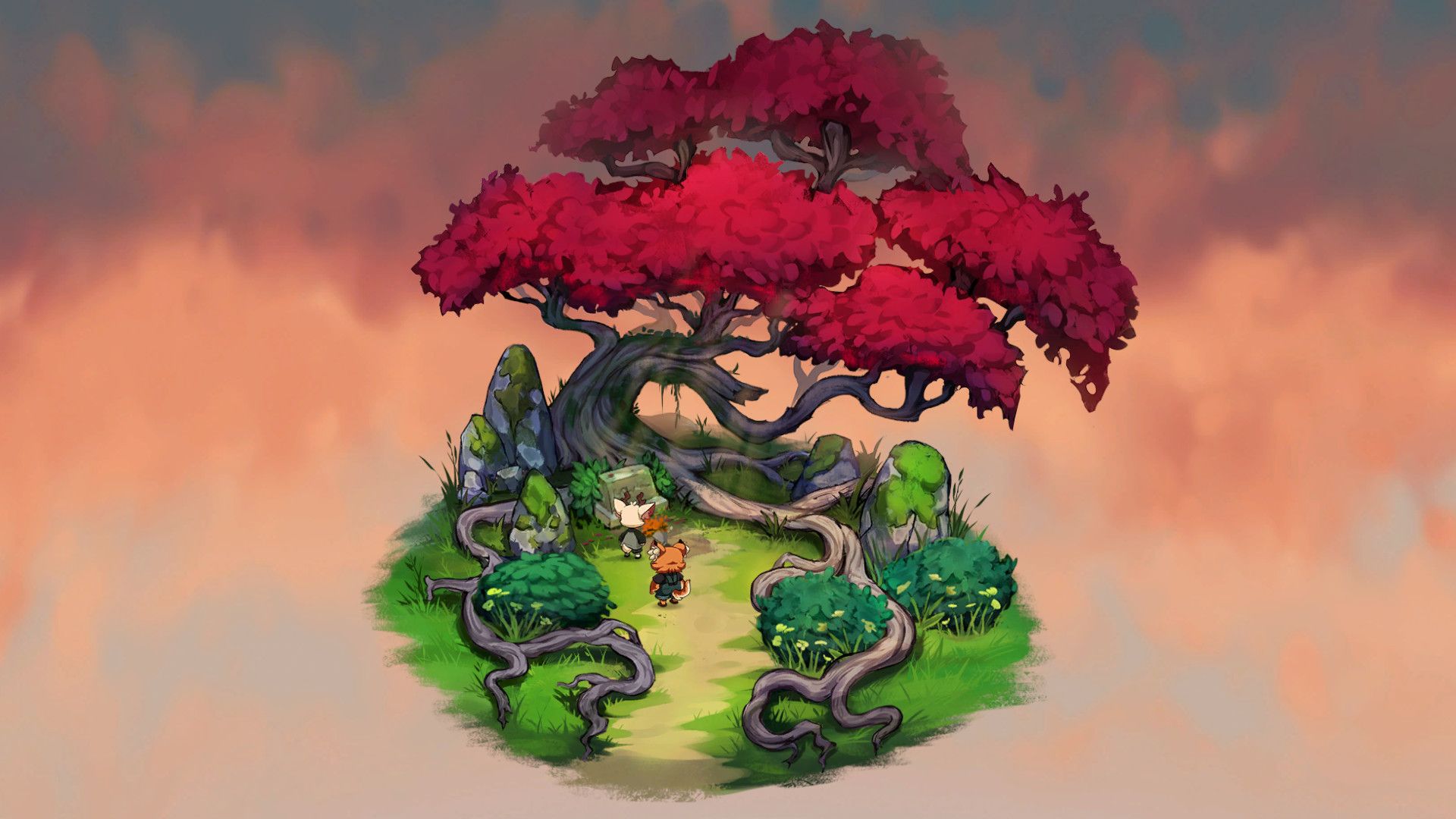 Beacon Pines is tonally all over the place, veering wildly between saccharine, heartwarming drama, eerie sci-fi horror, and disarmingly cold-blooded (but always off camera) violence. This is occasionally whiplash-inducing, but I ended up loving how many different kinds of stories it manages to squeeze into its 5-6 hours. I can't remember the last time a game pulled me through its narrative with such force, but the desire to uncover the truth about this town became all-consuming. It's not really a detective game, but it has the feel of one—and the more dirt Luka unearths, the more disturbing the mystery of his sleepy hometown becomes.