DOOM Eternal arrives soon, but we already know exactly where to get the biggest and baddest gun of them all, the BFG 9000.

It’s probably no surprise that the BFG 9000 returns in DOOM Eternal. Perhaps the most iconic weapon in the entire DOOM franchise, the BFG 9000 is a massive energy cannon that shoots an energy ball that basically nukes the entire screen. It’s the perfect thing to get rid of that pesky demon infestation that seems to be going around lately.

Come to think of it, it’s sort of like a bomb in a bullet hell game. Which makes a lot of sense.

Getting the BFG 9000 is about as easy as it was in 2016’s DOOM. You literally can’t miss it as it’s part of DOOM Eternal‘s story. Spoilers are ahead, so be warned!

About halfway through the campaign, the DOOM Slayer travels back to Mars in search of the final Hell Priest, who just so happens to be living in the core of Mars. In order to get to him, you’ll need to blast a giant hole to the center of Mars and to do that, you’ll need a very big gun indeed. 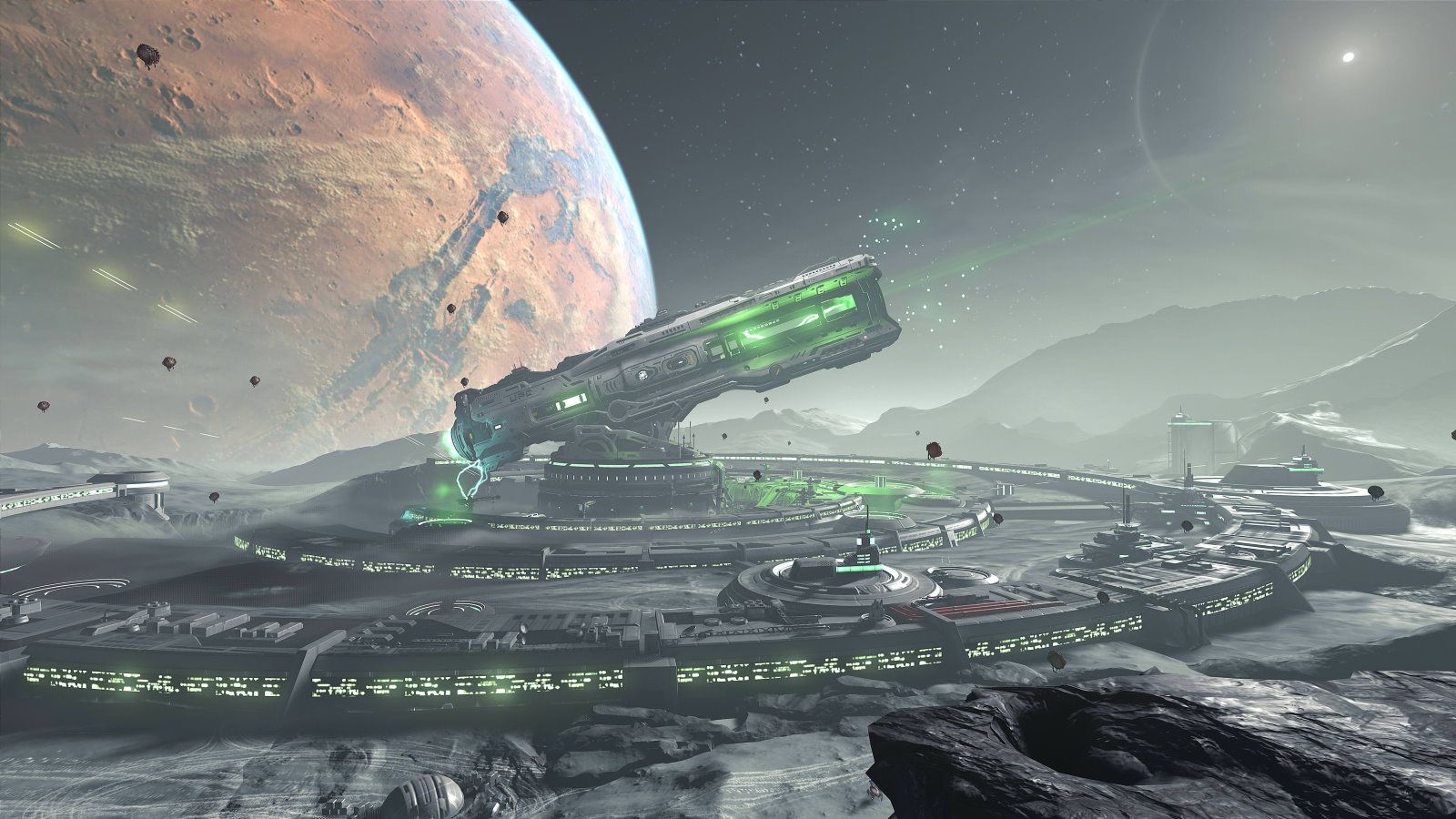 Enter the BFG 10000. After the events of the original DOOM, Samuel Hayden sent the BFG 9000 to Phobos base to serve as the core of an even bigger plasma cannon, which they called the BFG 10000. To blast your way to the center of Mars, the DOOM Slayer takes the BFG 10000, aims it at Mars, and pulls the trigger.

One giant crater later, he hops out of the command seat and takes the cannon’s core, the BFG 9000, as his very own.

Unlike in 2016, DOOM Eternal’s BFG 9000 is part of the weapon wheel now so you’ll have to select it in order to fire. It’s also slightly nerfed in that it won’t necessarily kill the toughest of demons, but it will still eliminate weaker demons en masse.