During your playthrough of Dragon Age: Inquisition, you’ll be solving political issues, making friends, and, of course, saving the world. However, you can still take the time to add a little romance to your life. There are plenty of romance options to choose from in the game, and one of those is the Tevinter mage Dorian Pavus.

Though he will happily flirt with any Inquisitor, Dorian can only be romanced by male characters. Successfully committing to a romantic relationship with any character will earn you the “Beloved and Precious” achievement/trophy. Here’s everything you need to know about starting up a relationship with Dorian. 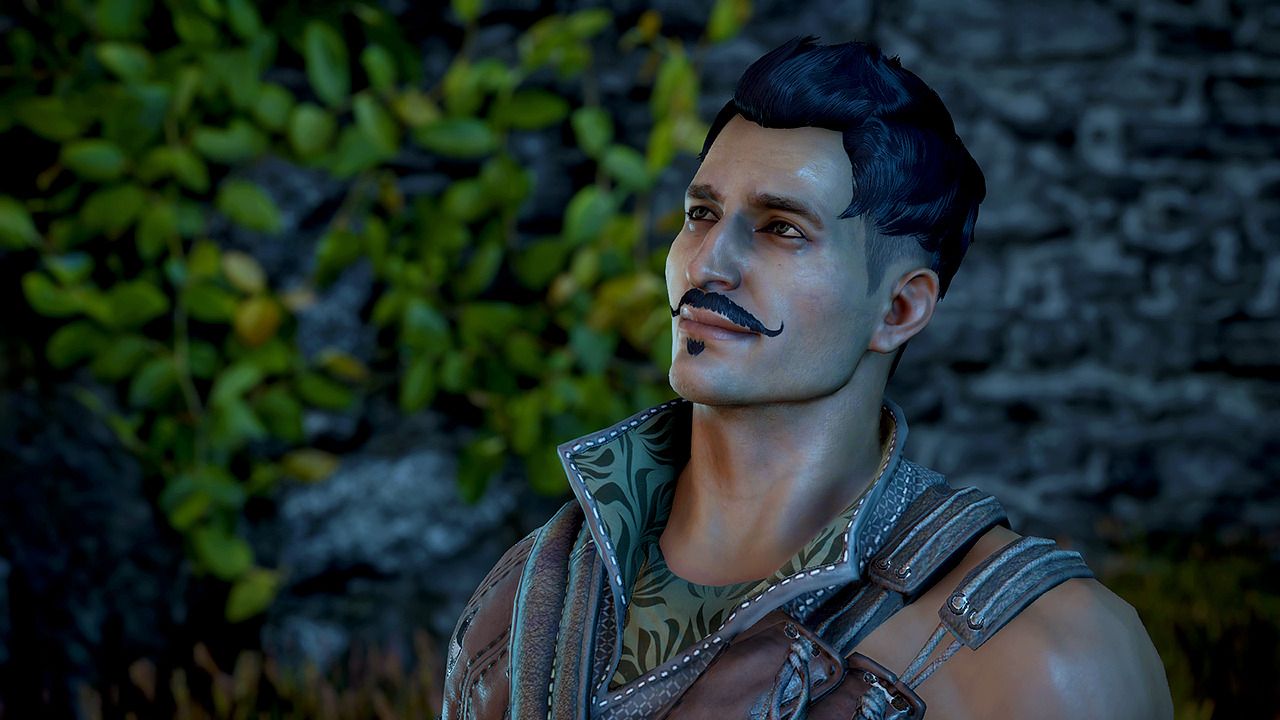 Before you can romance Dorian, you’ll first have to recruit him to the Inquisition. Depending on whether you side with the Mages or the Templars will affect when Dorian first appears.

Regardless of when he joins up with the Inquisition, it does not affect the romance. Declining Dorian’s help and refusing to allow him to join the Inquisition will remove him permanently from the party and you will not be able to romance him.

Progressing Your Relationship with Dorian 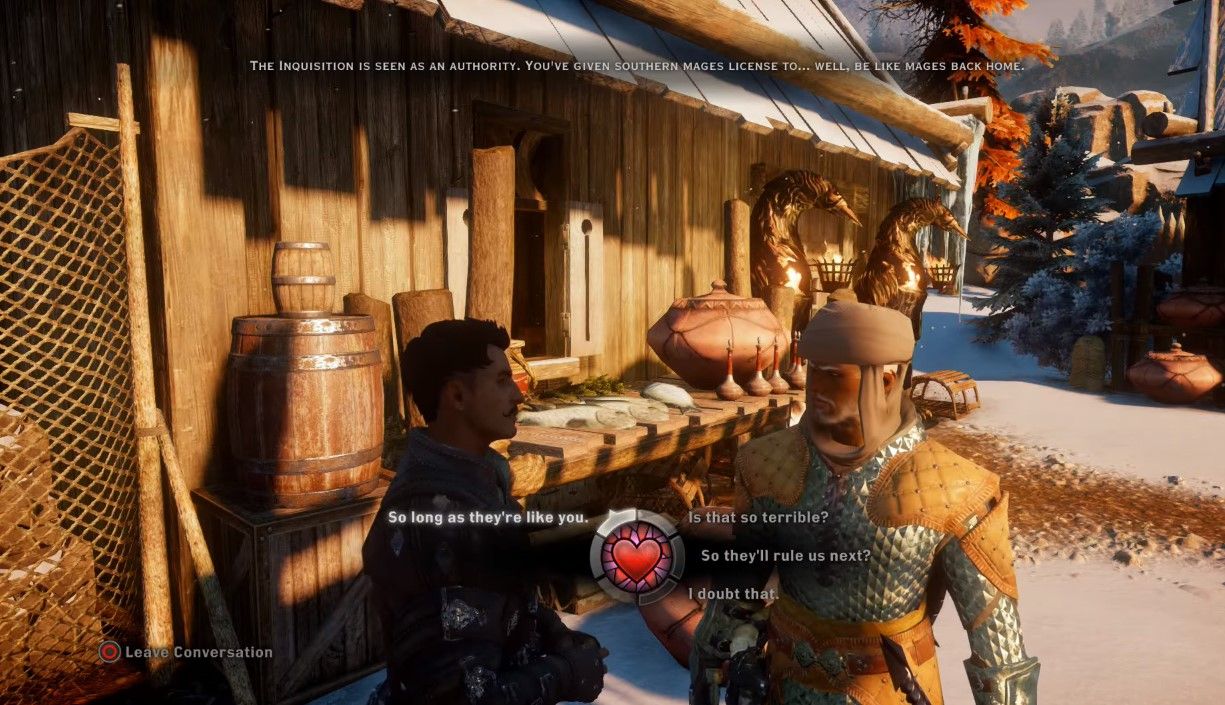 To progress your relationship with Dorian, you must raise your approval rating with him and complete his personal sidequests.

You can raise your approval rating when speaking with Dorian and choosing dialog options that he will respond well to. Dorian loves flirting, witty responses, and anything that supports mages. He will not respond well to insults about mages or the Tevinter Imperium. Your decisions in various quests and the storyline will also change Dorian’s approval rating of you, so be sure to always support mages and be honest with those around you.

Speak with Dorian after every major story event or any sidequest that involves or affects him, as this is when new options are likely to appear. Most importantly, always choose the romance options in conversations (marked with a heart). 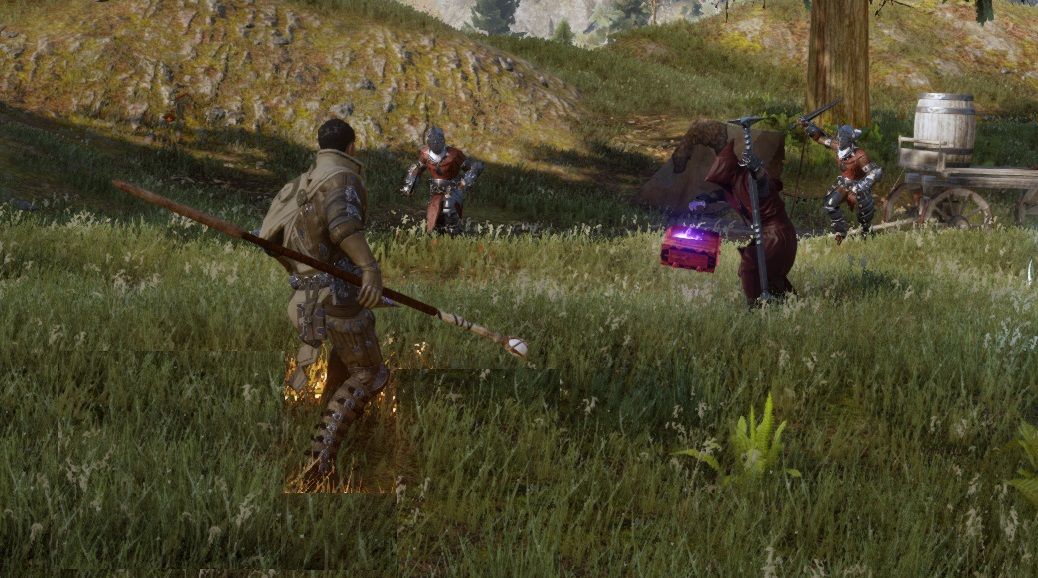 Dorian’s first sidequest “One Less Venatori” will only become available once you have first completed the “Dorian’s Request” war table operation, which unlocks after you first arrive at Skyhold.

This quest involves killing three groups of Venatori, two of which can be found in the Hinterlands, and the final group can be found in the Exalted Plains. The areas will be roughly marked on your map, so just need to find the enemies and defeat them.

Regardless of whether Dorian is in your party or not, killing the Venatori will raise his approval of you. 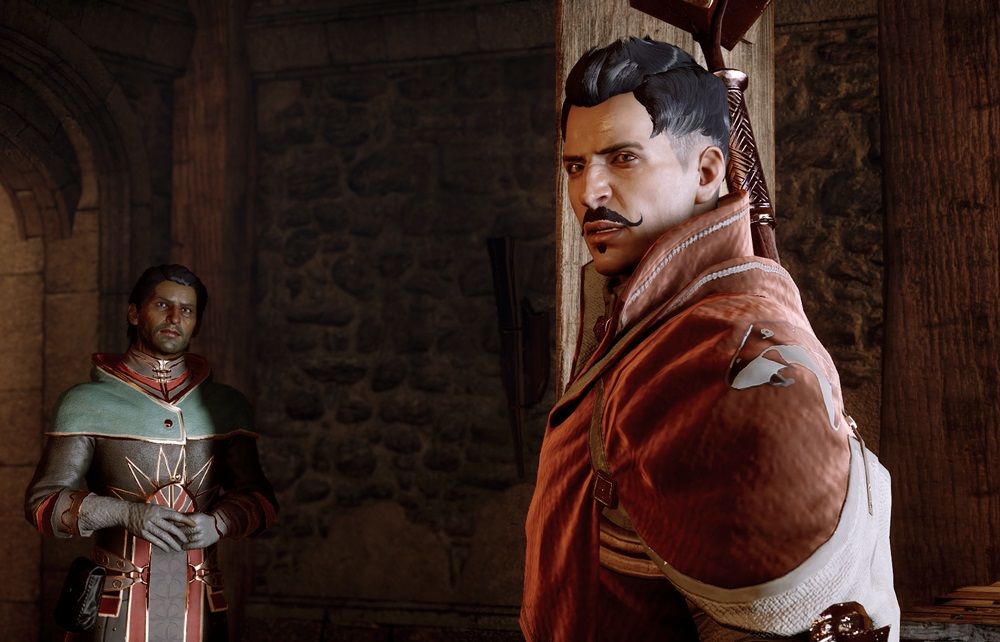 Dorian’s next sidequest will become available if you have raised Dorian’s approval rating with him enough for him to have discussed the letter about Felix with you. After which, if you speak to Mother Giselle in Skyhold’s garden, she will begin the “Last Resort of Good Men” sidequest.

Mother Giselle has been contacted by Dorian’s father, who wishes to arrange a meeting. You have the option of telling Dorian if you want to, but this doesn’t really change his approval later on so do whatever feels right for you. Head to the Gull & Lantern tavern in Redcliffe with Dorian to continue the quest.

During the meeting, encourage Dorian to listen to his father and hear him out so that they can reconcile. This should result in the Inquisitor leaving Dorian and his father to talk. When Dorian returns to Skyhold, choose the “Are you all right?” option and then later, choose the romantic “Good things” option to end the cutscene with a kiss. 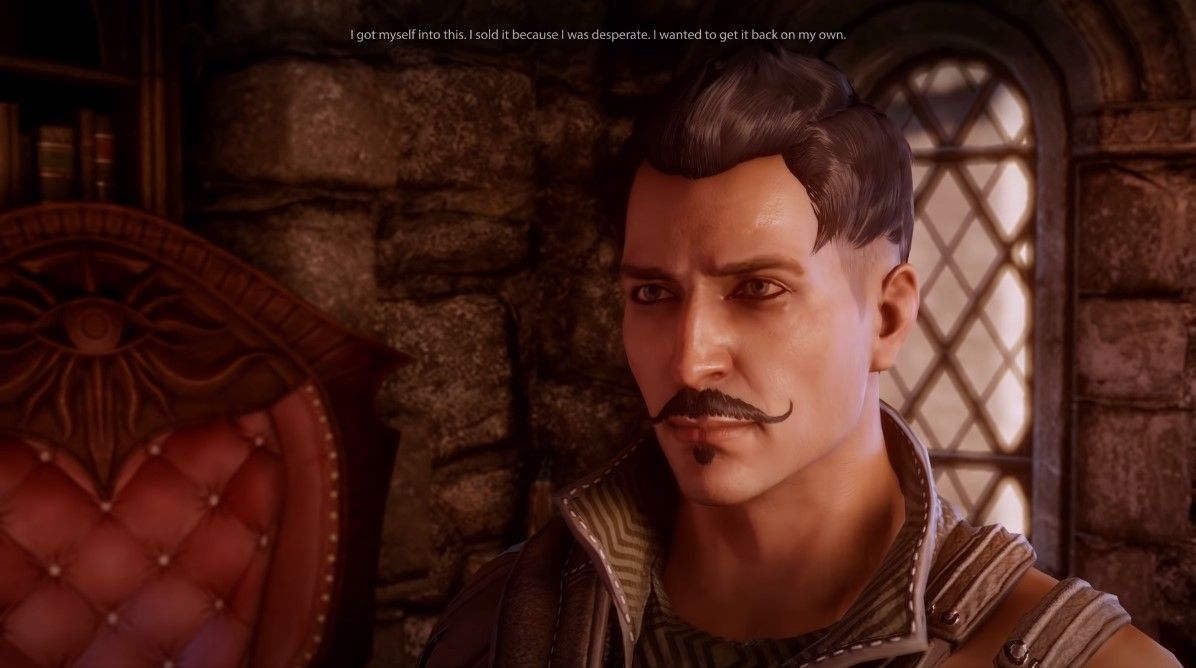 Dorian’s final sidequest “The Magister’s Birthright” will only unlock after you have successfully completed “Last Resort of Good Men”. Once this is done and you have enough approval, speaking with Dorian will result in him telling the Inquisitor that he intends to visit Val Royeaux to retrieve an amulet that belongs to his family.

Go to Solas’s quarters next, where you can speak with one of Leliana’s messengers about the amulet and begin the quest in earnest. You can choose to speak with Dorian about it further, but he will shut the conversation down and it has no impact on his approval. Go to Val Royeaux to meet with Ponchard, the merchant who has the amulet. He can be found near the northwestern fast travel point on the ground floor map.

On speaking with Ponchard, he wants you to do something for him before he will return the amulet. You will have three options to choose from:

If you can intimidate Ponchard, do so, don’t worry about the slight disapproval. If not, you’ll have to complete the “Help Ponchard de Lieux” war table operation to obtain the amulet, as it’s needed to progress the relationship.

If you obtain the amulet through intimidation and Dorian is with you at the time, it will end with you returning to Skyhold and entering into a cutscene with him where your romance will reach its next stage. If Dorian is not with you, or you have to obtain the amulet via the war table operation, speaking with Dorian at Skyhold once you have the amulet will prompt the cutscene to complete the romance.

Next: Dragon Age Inquisition: How To Romance Cullen

Meg appreciates gaming on all formats but primarily spends her time achievement hunting to the extreme. Her passion for gaming began as a child when first introduced to the Amstrad.