Of all Dragon Ball: The Breakers' villainous raiders, Cell is seemingly the most balanced. Between his quick growth rate, to his ability to sense ki early, Cell is among the best characters for hunting down Survivors quickly. He also has some pretty interesting passive abilities that make him an ideal fit for a new The Breakers player.

This guide will take you through his play strategy, give you an overview of his moves, and help you choose the best path for leveling this monstrosity up. Despite his appearance, if you play Cell well, you are going to do a lot more than just bug your opponents! 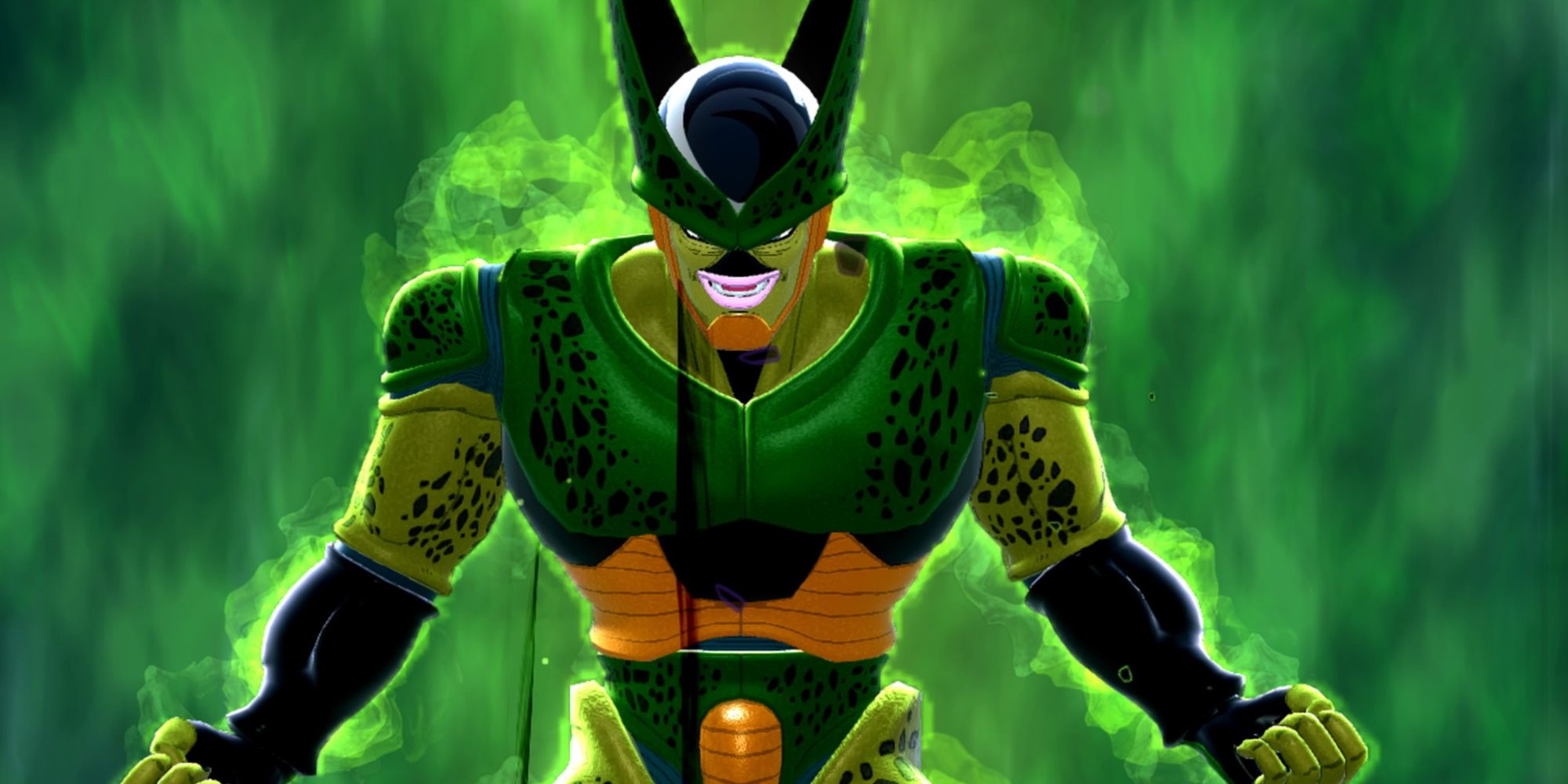 While all of these abilities play a role in making Cell more of a force to reckon with, some are certainly more important than others. For instance, while Auto-Evolve is a nice perk, Cell already transitions from his Larval Form very quickly. And once he does, this ability no longer has a place in his kit. Life Absorber, on the other hand, is useful all the way until you reach Cell's Prefect form.

When leveling up his passive abilities, you are going to want to focus on Life Absorber and Ki Tracker. These two abilities help Cell accumulate power quicker, and track Survivors more efficiently. Which are easily the two biggest priorities for a Raider. 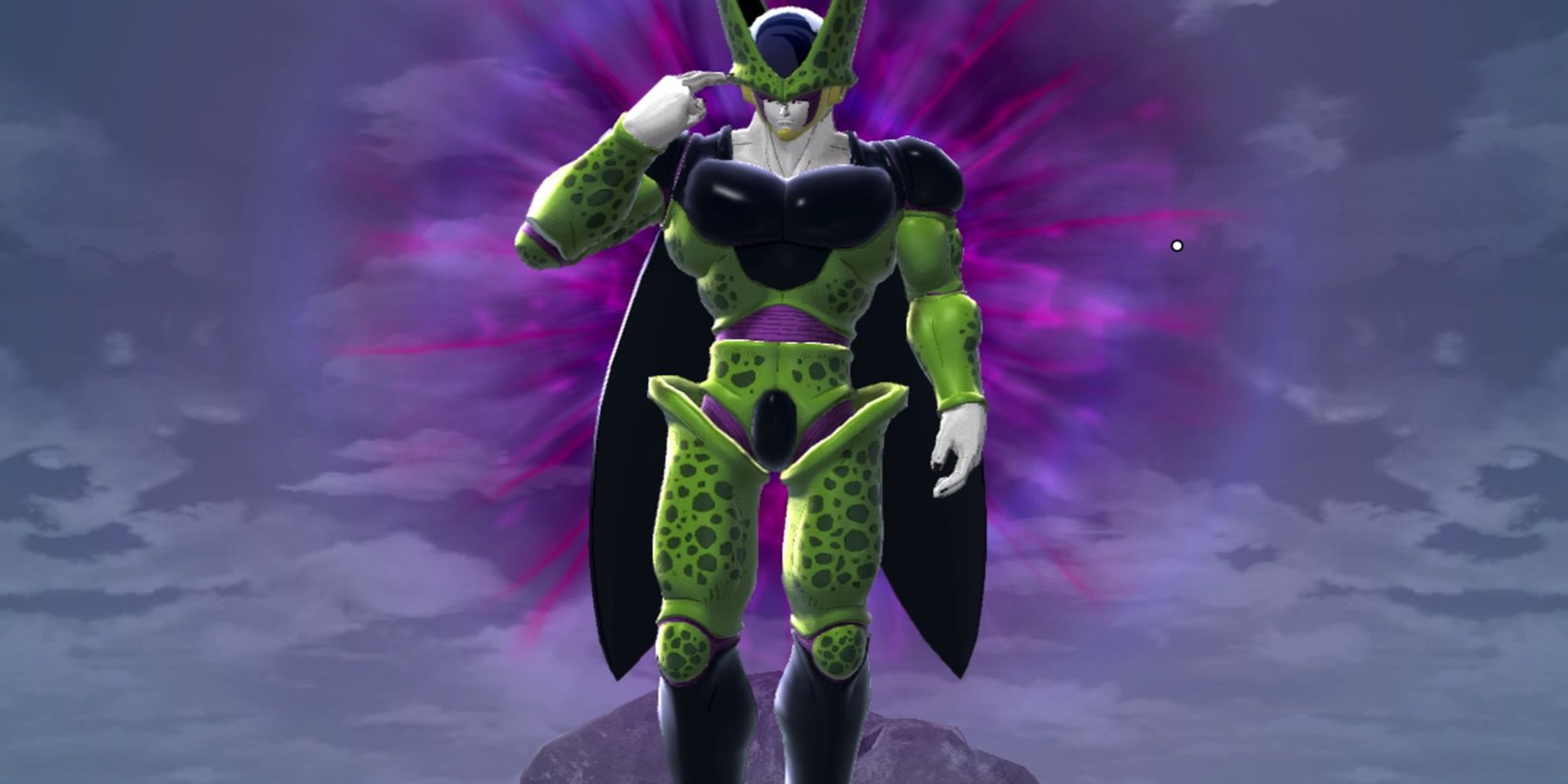 All of these skills are extremely important to Cell's game plan. First and foremost, Ki Detection is going to play a pivotal role in tracking Survivors. Whenever you fly into a new area, this is the first skill you are going to use. The rest of the abilities are related to combat. Cell's Solar Flare will allow you to land your slower attacks, as it stuns your opponents. This is an excellent way of dispatching Survivors.

The After Image is your primary defensive tool. You can use it to evade damage when you are being comboed by a Survivor. Of course, the Energy Blast is a better option, but you don't get access to it until you are in your Perfect Form. So, After Image is going to often be the tool you rely on. 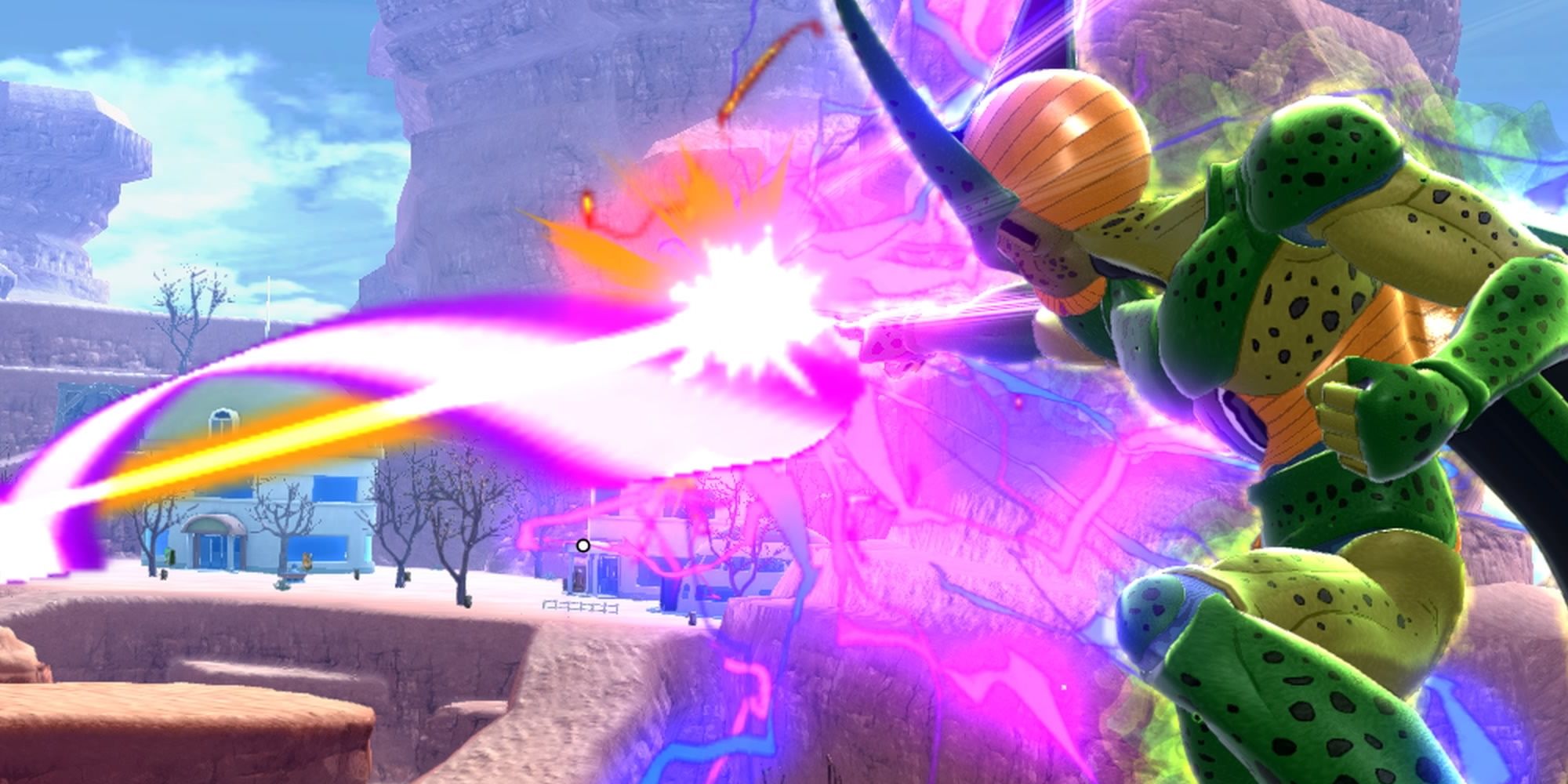 Cell has an impressive arsenal of attacks that changes and grows with each form. This section will take you through every attack Cell has access to from his Larval Form all the way to his Perfect Form.

In his Larval form, Cell can attack using a headbutt. This isn't a special ability, it is just a standard attack. That's it. He doesn't have any special attacks. No ki blasts or anything along those lines. However, this headbutt is quite quick and will finish off Survivors in a flash. So don't be afraid to headbutt and unlucky Survivor who stumbles upon you early.

In his First Form (which is his second form: confusing), Cell gets a pretty complete set of tools. This includes the excellent Special Beam Cannon, which is a nice, fast, attack. He also gets his Power Wave skill. This is more powerful, but has considerably longer charge time, which can be interrupted.

Second Form Cell throws you a bit of a curve ball with his Full Power Energy Blast. This attack replaces the fast Special Beat Cannon. While the move is fantastic at controlling a large space, it locks you into a lengthy animation. Which means that you are a sitting duck for special attacks while you are performing it.

However, that isn't to say that the attack doesn't have its uses. You can pin down multiple Survivors with it. Just be careful when you use it, especially if multiple Survivors have their Dragon Forms charged up and ready. On the plus side, your standard Ki blast has now been replaced with a Kamehameha! So, that is what you are going to use to win quick skirmishes at medium range.

You may think this attack is a great option when you see a bunch of Survivors bunched around the Transporter. But many of them are likely to have their transformations ready to go. So we would strongly suggest that you not lock yourself into an attack that leaves you a sitting duck. Unless, of course, you know that the majority of them have expended their Dragon meter, and you have life to spare.

As is the case with all raiders, Cell's final form—Perfect Cell—makes him an incredibly powerful foe to deal with. Not only does he gain access to his Energy Barrier skill, which will interrupt Survivors who are targeting you and blow them backward, but he also gets to hold onto his After Image, giving him multiple defensive tools.

His All Clear attack is fast, and covers a lot of space. Don't be surprised if you hit multiple opponents with this attack completely accidentally. Then, on top of all that, he has his Perfect Kamehameha, which is extraordinarily powerful and can be used to attack opponents from a great distance. So, if you spot some Survivors in the distance, let this bad boy rip. 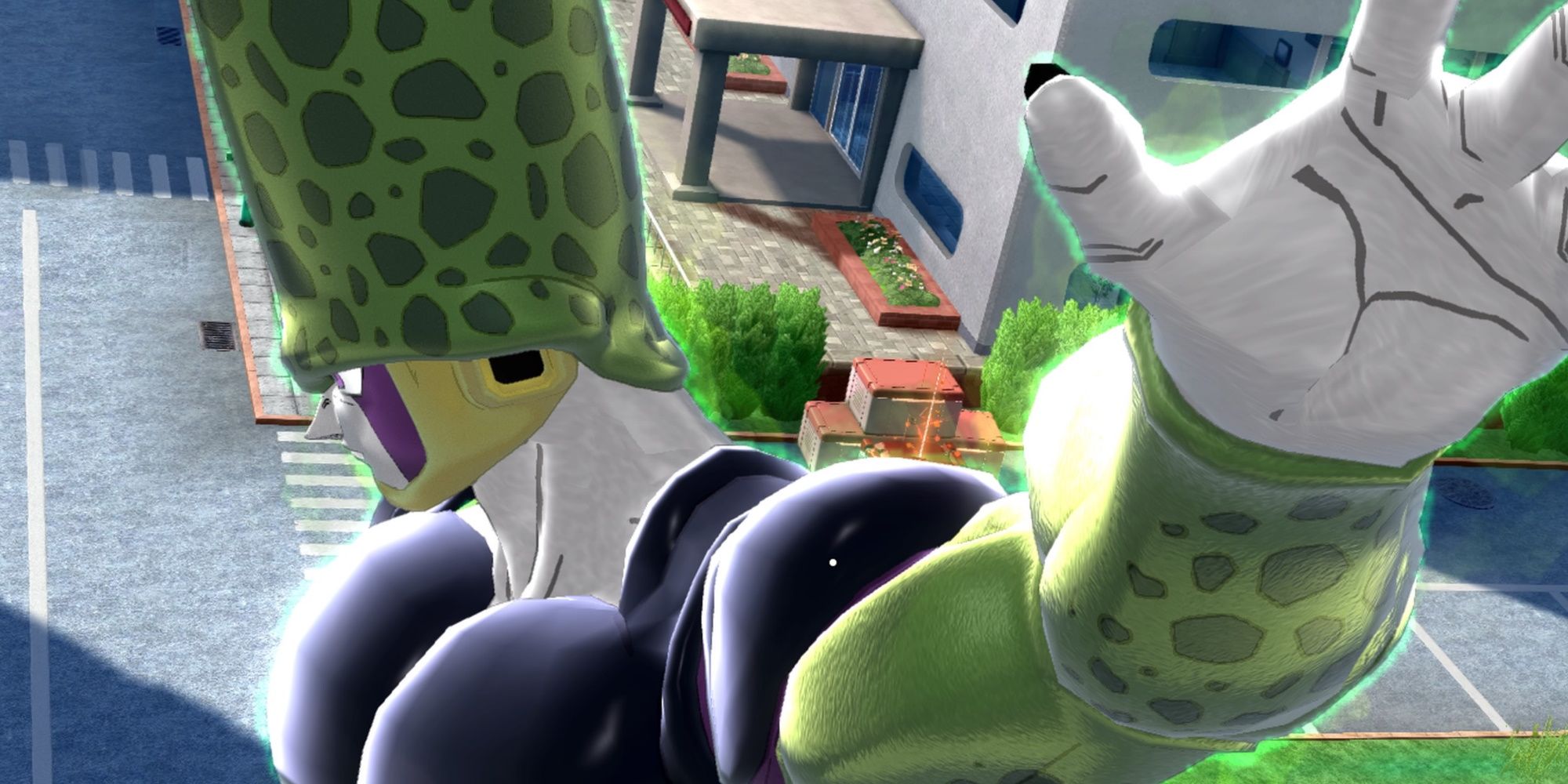 Cell starts in his most bug-like Larval form. This is by far the weakest first form among all the Raiders. In this form, Cell cannot fly. Nor does he have a projectile attack. That being said, he is alarmingly fast on his feet, and is still more than capable of beating multiple Survivors who only have a level one Dragon Form. 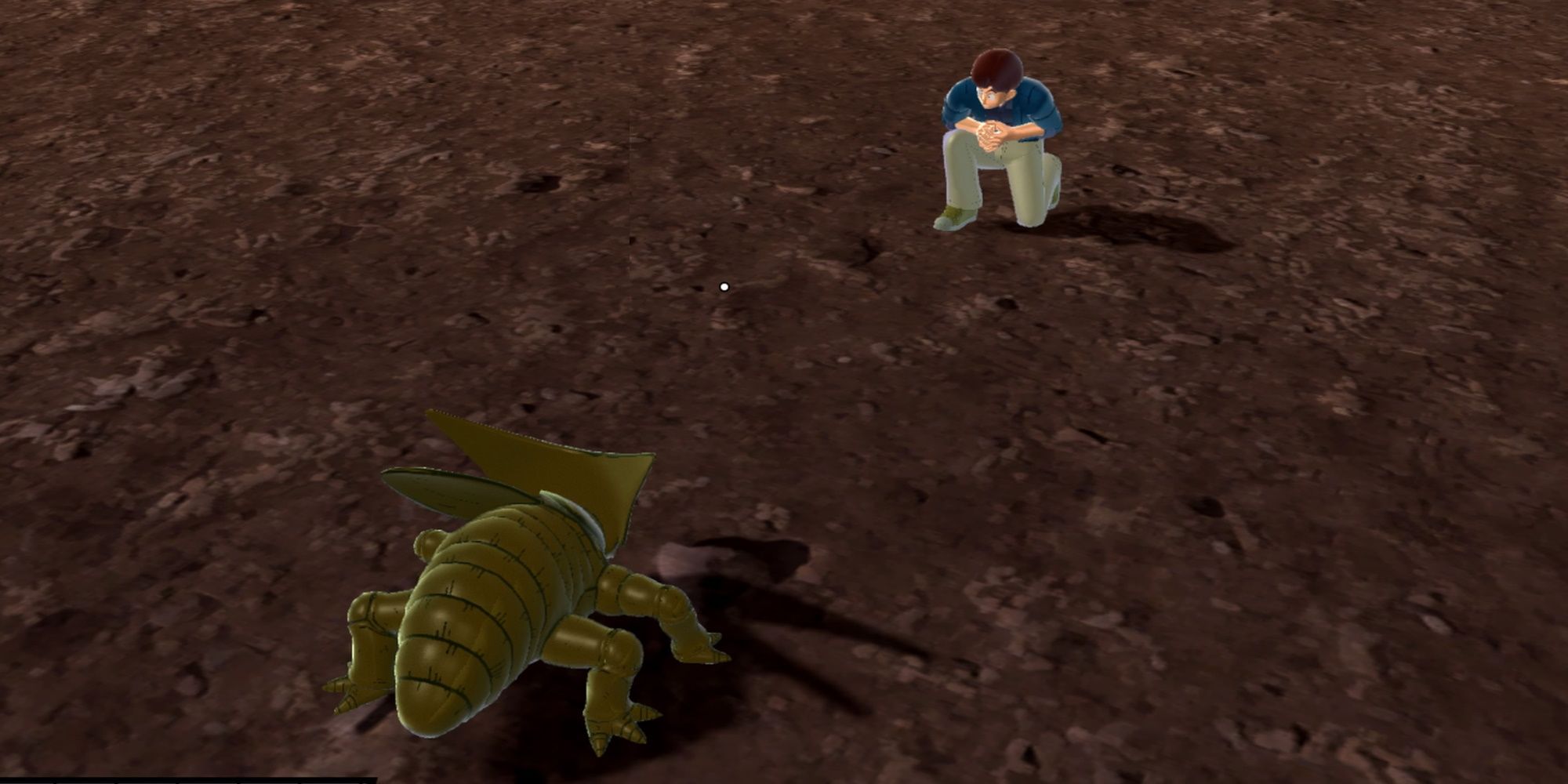 To further minimize the issue, Cell only needs to find two civilians in order to transform into his second form. On top of that, he does passively gather energy, which means that he will slowly evolve, even if he doesn't manage to find and civilians or Survivors. So, while this is the most vulnerable you can be in this game while acting as a raider, you should be able to easily transform into your second form long before the Survivors become a genuine threat.

Once again, while you are comparatively weak in the Larva form, that is in comparison to other Raiders. If you see a Survivor, don't feel the need to scurry away. Pounce on them! 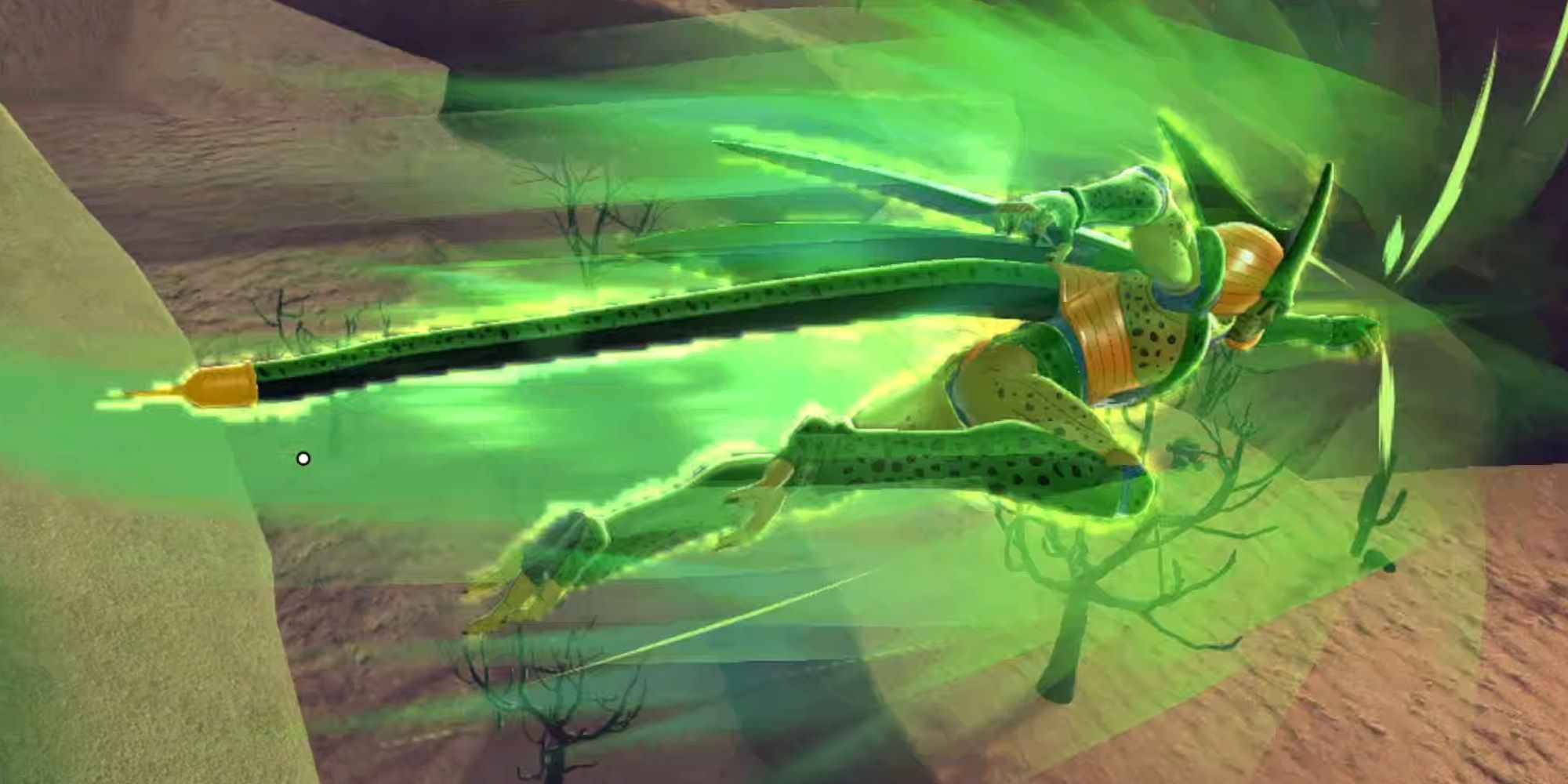 Once you are in your second form, you will have ready access to his ki sense ability. This is how you will find the Survivors. As you fly around the map, make sure to still feast on civilians if you hear them whimpering nearby. However, the Survivors make give you far greater gains to your form level, so they should be your primary focus. Once you hit your second level, you should be hunting Survivors! 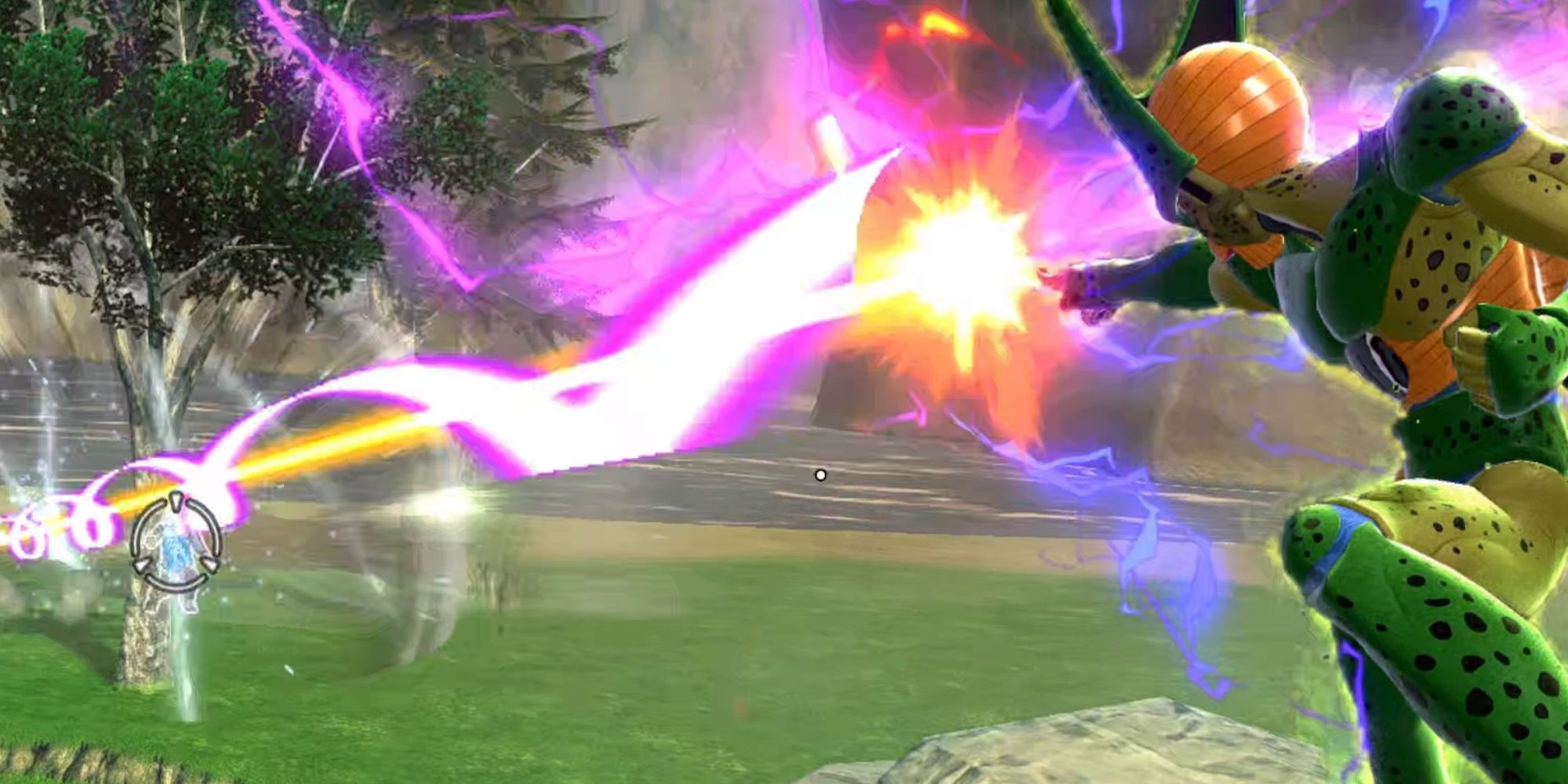 During combat, you are going to want to use quick energy beams to damage your foes at range, then focus on hitting your opponents with a Solar Flare, so that you can follow up with one of your more powerful attacks. As mentioned in the attacks section, you need to be careful about using your slower attacks.

In the bottom right corner of the screen, your available attacks are displayed. The one on the left is almost always your quick special move, while the one on the right tends to be your slower, but more powerful, special attack.

However, Second Form Cell's "fast" attack locks you into a lengthy animation, so keep that in mind while fighting groups. 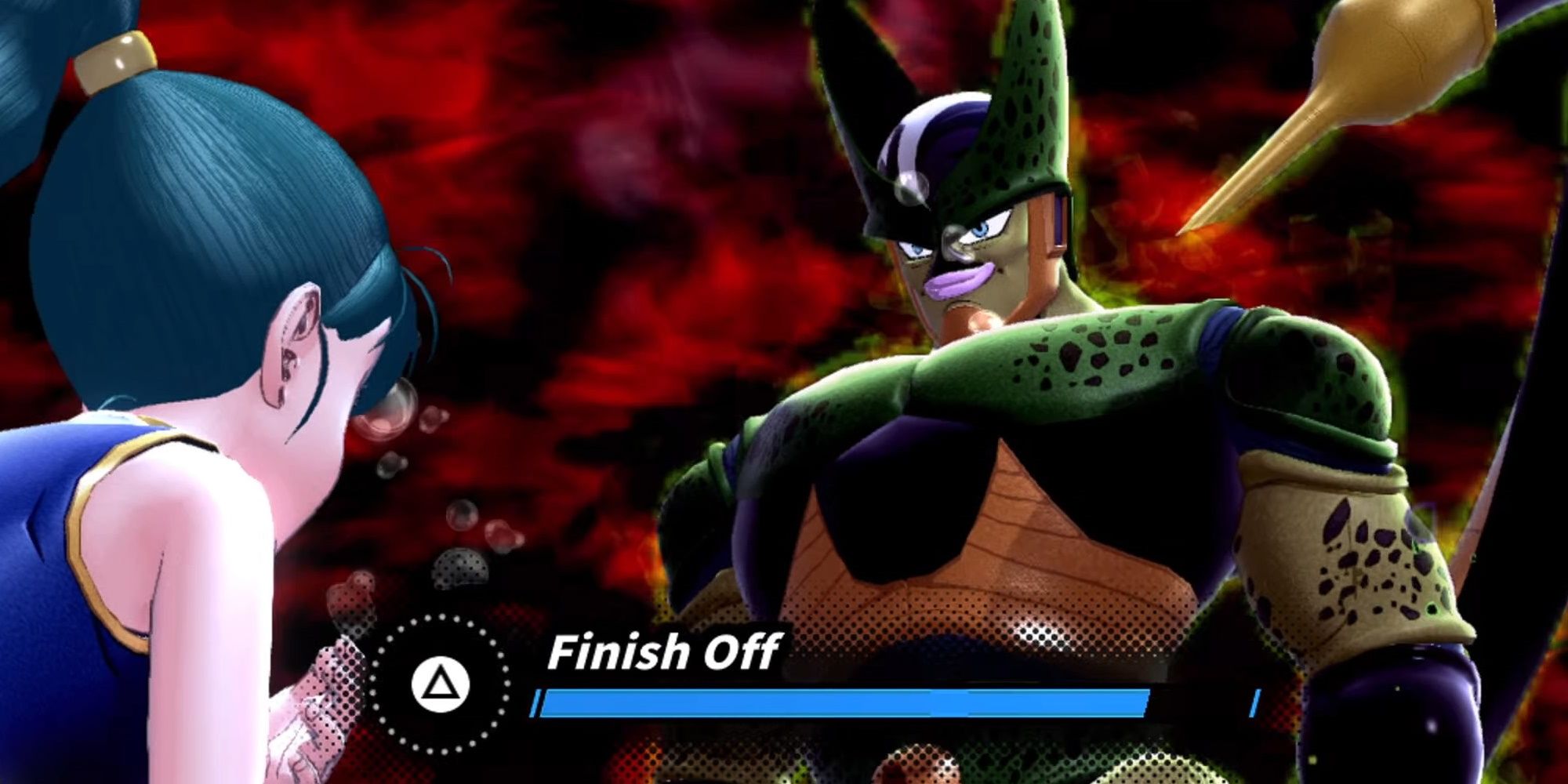 Once you unlock your final form—Perfect Cell—you can start harassing your opponents from a great distance using your Perfect Kamehameha. This attack's range is incredible, but its cooldown is lengthy, so make sure to pick your shots with this one. Don't try to use it mid-battle. You will get knocked out of it. 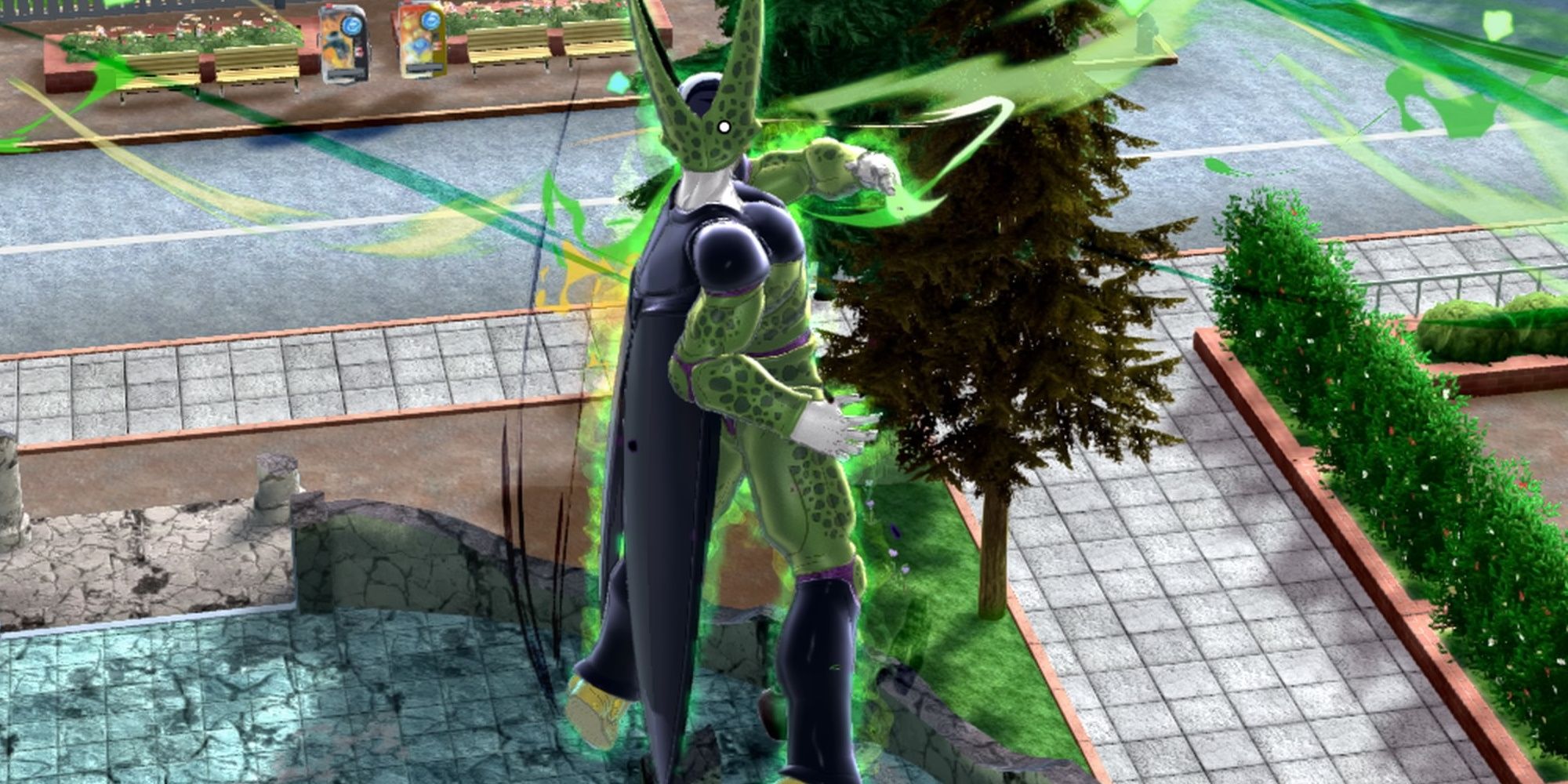 Just remember, once Cell evolves out of his Larval form, and enters into his, First Form, he should be hunting Survivors aggressively! Don't worry about Dragon Balls; that is Frieza's thing (though if they fall in your lap, take advantage of them). You are going to be flying around, using Ki Detection, and consuming Survivors. Happy hunting!