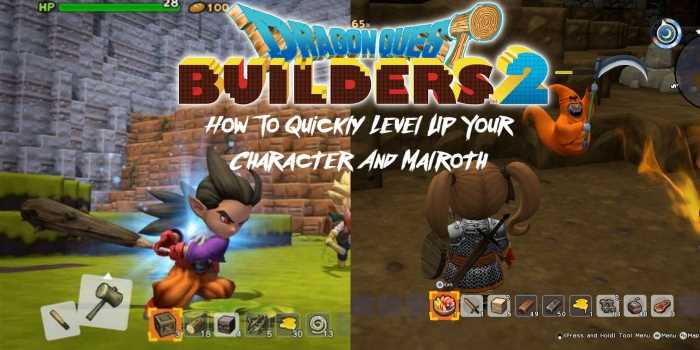 Malroth and your character fight side by side in Dragon Quest Builders 2, and you can raise your levels by obtaining XP. This usually unlocks new weapons for both of you to use, as well as comes with other perks such as increased health and breath. It is also helpful when progressing through the story as it makes defeating tough waves of enemies even easier.

Luckily, there are a few surefire ways to increase your XP so you can rise the ranks and prove your worth as a builder. Malroth needs to grow stronger to help you win fights, and you can help him do that in Dragon Quest Builders 2 by raising your level with XP. 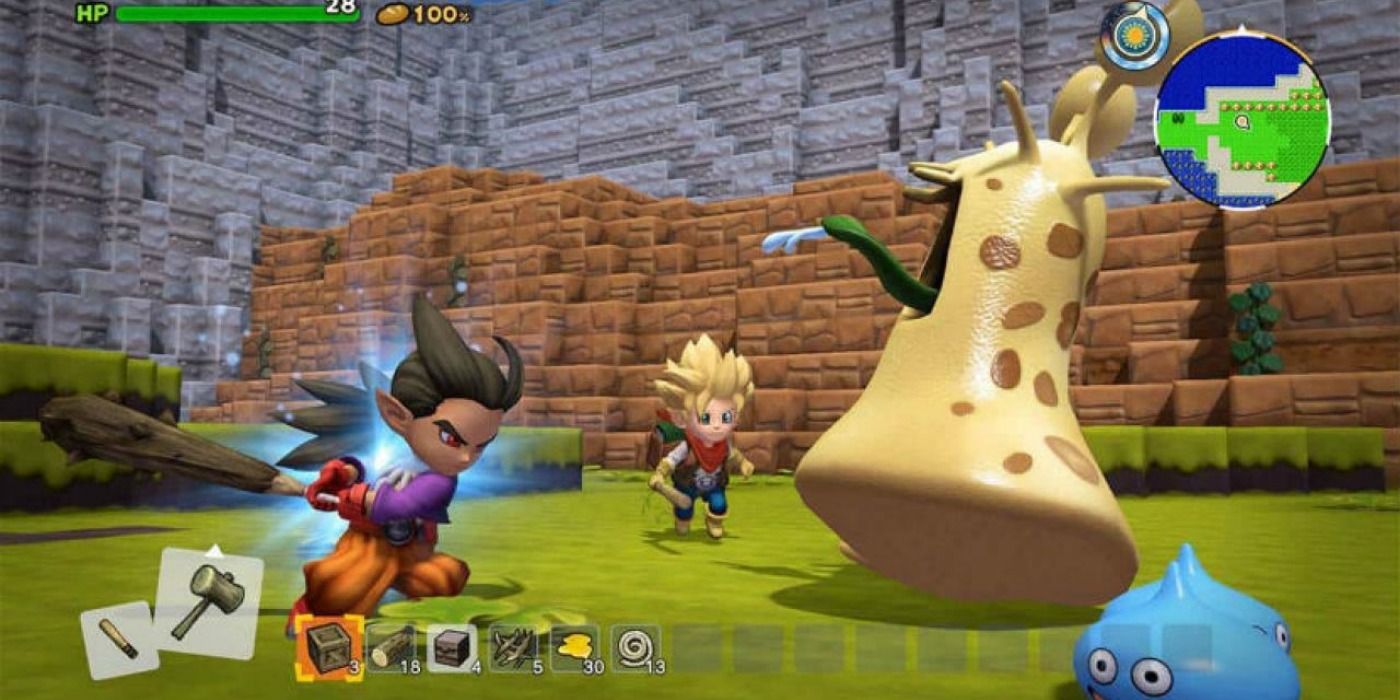 The best way to earn XP is by fighting enemies with Malroth, so you should take on any of them that happen to cross your path. Once you initiate a fight then Malroth will jump in to assist, and his weapons usually deal more damage than yours.

Some enemies are more difficult to defeat than others, so consider testing your limits and taking on opponents who might beat you. There are Super Strong Monsters on every island, and beating them might grant you a ton of XP, unlike simply destroying Spoilspores.

Seek Them Out At Night 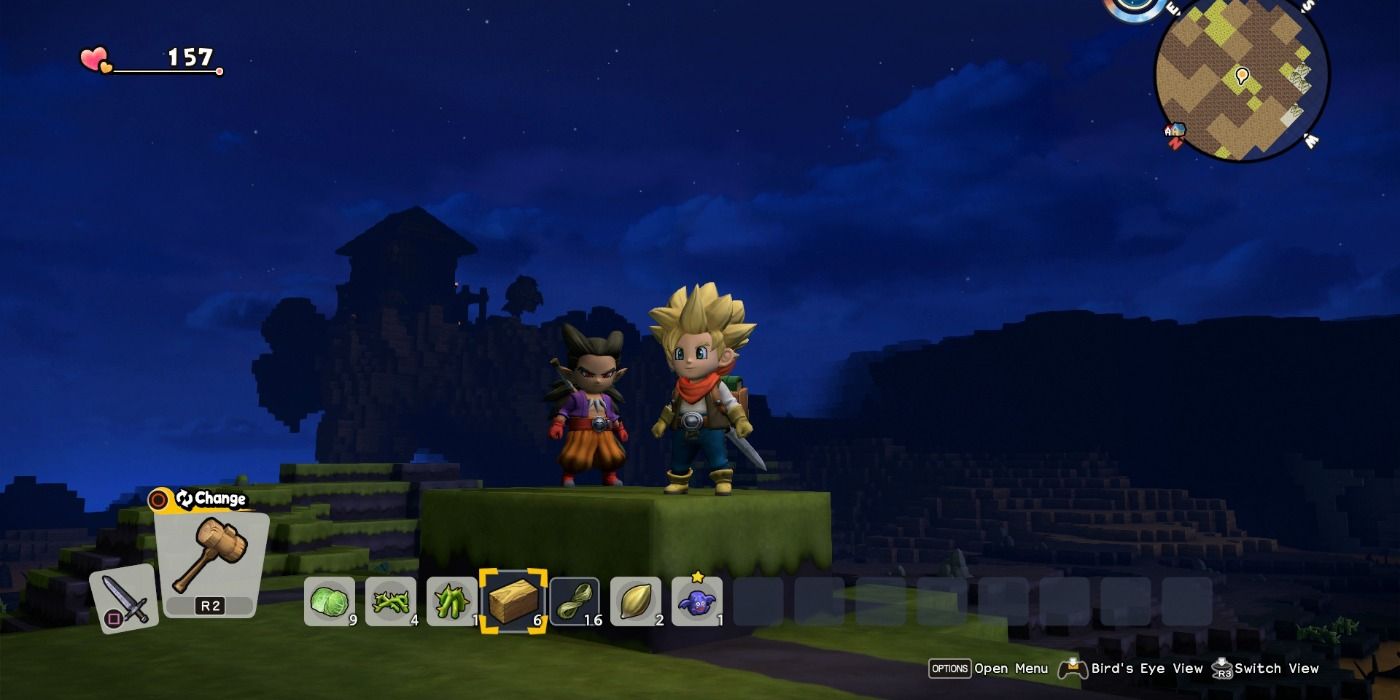 If you have already beat all of the Super Strong Monsters,  or you are still not yet able to take them on, then you need to spend time scouring the night. This is when the tougher monsters come out to play, as those who are awake during the day are usually pretty weak.

When all of the other villagers are asleep in the bedroom you built them, you should spend your time in the most dangerous places hunting down these scary monsters. 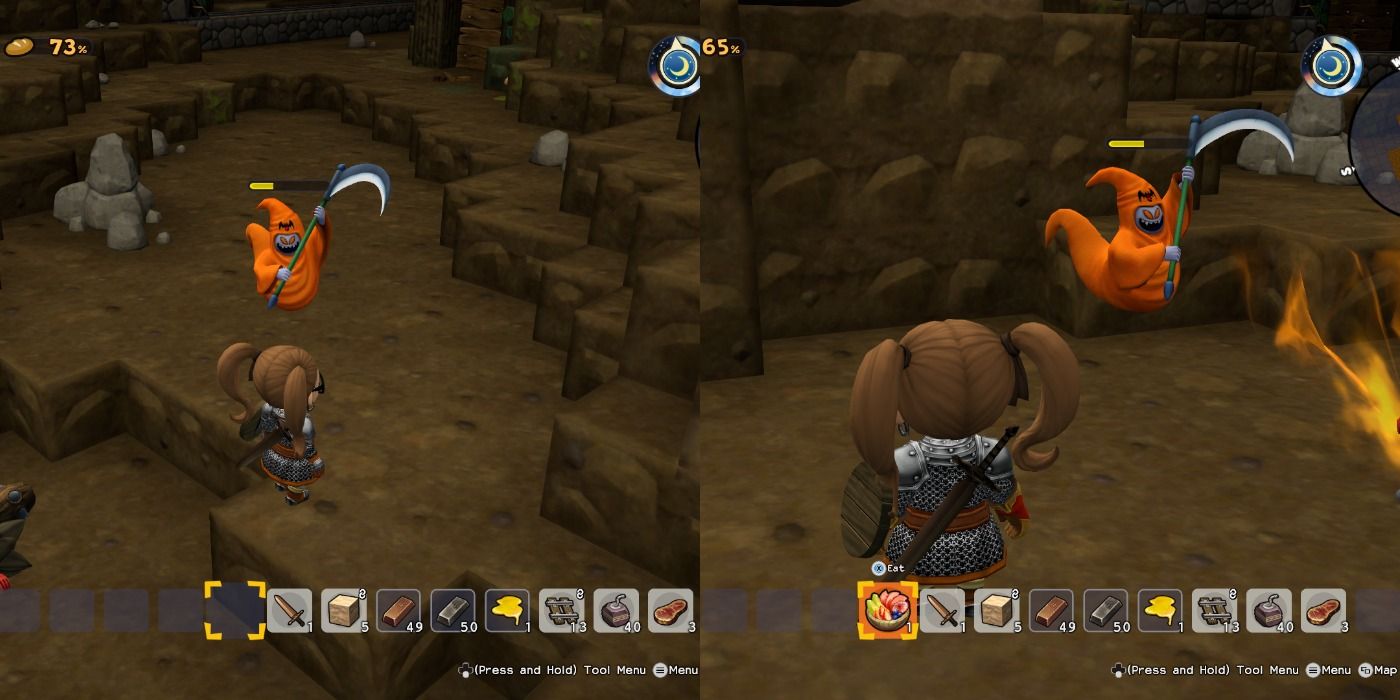 Mean Spirits are the Grim Reaper-looking ghosts who wear a hooded robe and carry a scythe. They will often hunt you at night and their fighting style involves disappearing into thin air and reappearing behind you to land a nasty hit.

Many players often find that taking out a few of these each night propels them to the next level as it is an easy way to farm XP. They do become progressively harder, depending upon which area you are in, but as your levels increase they will become easier to take down.

If you want to defeat this monster easily, the best way is to whack it a few times then go on the run once it starts to disappear. You don’t want to stop moving as it will reappear behind you and attack, which is something you need to avoid at all costs. If you are in a bind, these creatures hate the light, and sometimes using a torch can leave them running for the hills.

Raise Your Base Level 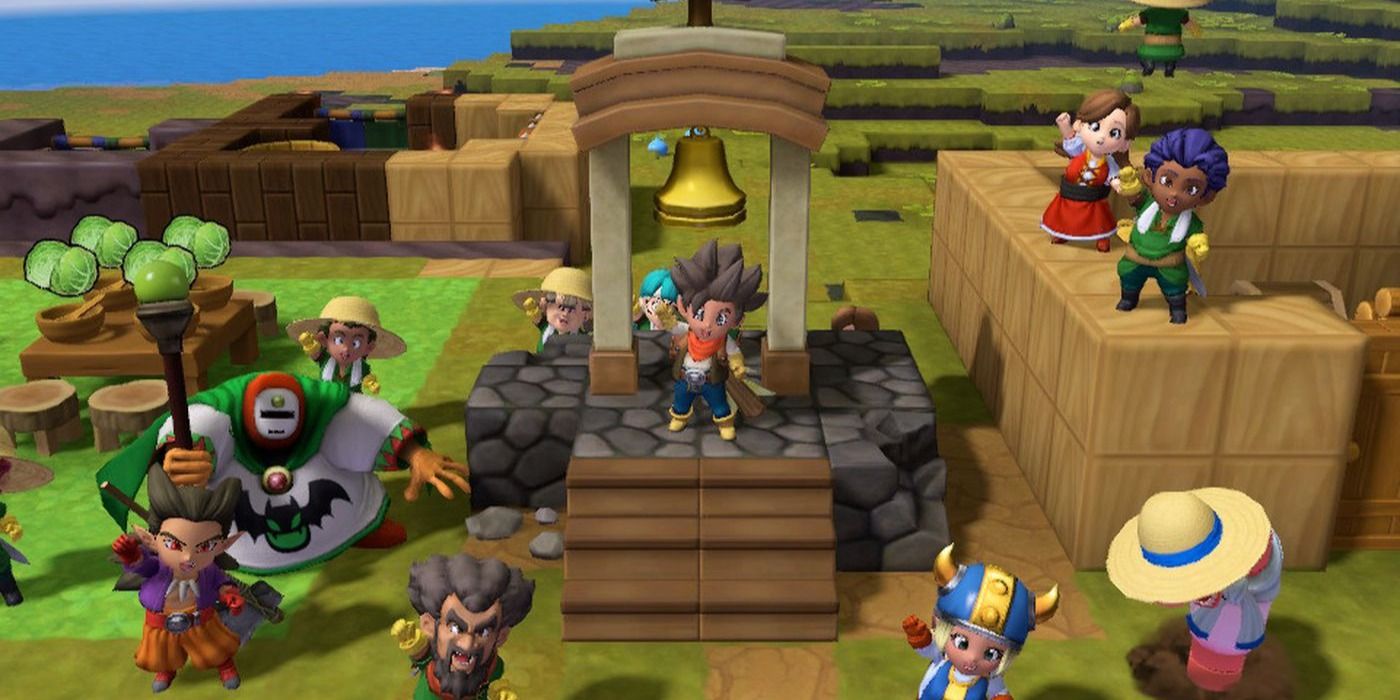 The second way to level up fast is to increase the level of your base, and there are a number of ways to do this. The best way is by finishing the quests given to you by the villagers, but there are plenty of things you can do to gather their hearts as well.

While this does increase your XP, it is still easier and more beneficial to fight monsters if you want to make yourself and Malroth stronger.