The native Fremen have seen their world conquered by the Imperium in Dune: Spice Wars. With the arrival of House Atreides shaking up the established order, it's time for the people of Arrakis to take the planet back. The Fremen get almost no say in the Landsraad, so they need to rely on military means to make their voices heard.

Not only are the Fremen the best faction in the game for rapid expansion, but their ability to strike from almost anywhere makes them dangerous to have as an enemy. If you're looking for a combat-heavy campaign, the Fremen are the way to go.

Updated on June 5. 2022 by Matt Arnold: The first Community Update for Dune: Spice Wars introduced an exciting new feature for the Fremen, allowing them to construct unique buildings in allied Sietches. Details on these new buildings have been added to the guide. 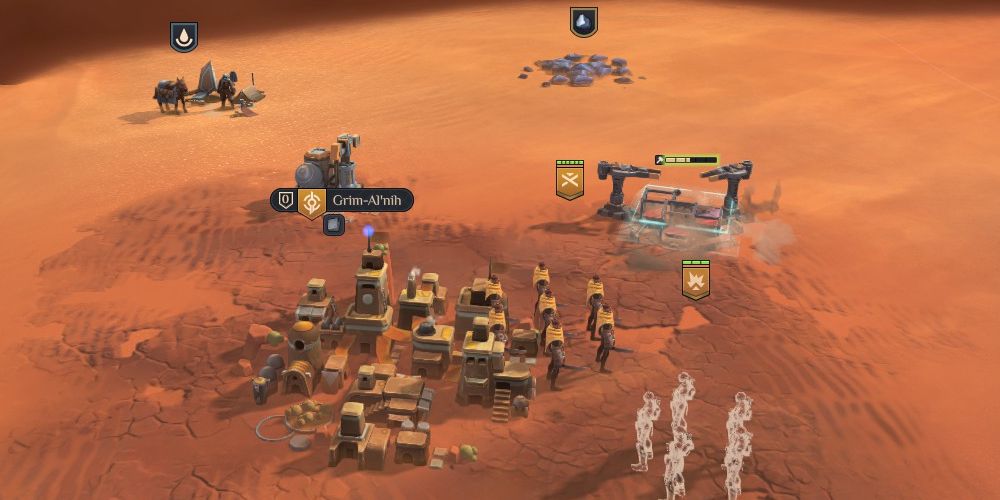 Fremen units lose Supply thirty percent slower than those of other factions when outside friendly territory. Combined with further Supply bonuses unlocked over the course of the game, this allows the Fremen to safely cross Deep Desert and attack from an unexpected direction.

Fremen maneuverability is increased further by their Worm Riding ability. Instead of building Airfields to shuttle units across the map, the Fremen can deploy Thumpers to summon a Sandworm and ride it through subterranean tunnels. The Worm Riding units must begin and end their journey on sand, but otherwise can travel anywhere within the Sandworm's radius from their starting point.

The Fremen can have up to three Thumpers in reserve at a time but are unable to replace those they use until they reach five thousand Hegemony score.

The Fremen can ally with a Sietch even if it isn't in their territory, provided they have built up a high enough relationship score with the target. Additionally, maintaining a Sietch alliance costs one Authority per day rather than the presence of an Agent to serve as emissary.

In addition to the ability to replenish Thumpers at five thousand Hegemony, the Fremen can also travel further via Worm Riding once they reach this threshold.

At ten thousand Hegemony, the Fremen always know which player a Sietch is allied with, if any. Additionally, each the Fremen can construct one of the following buildings in a Sietch to whom they are allied: 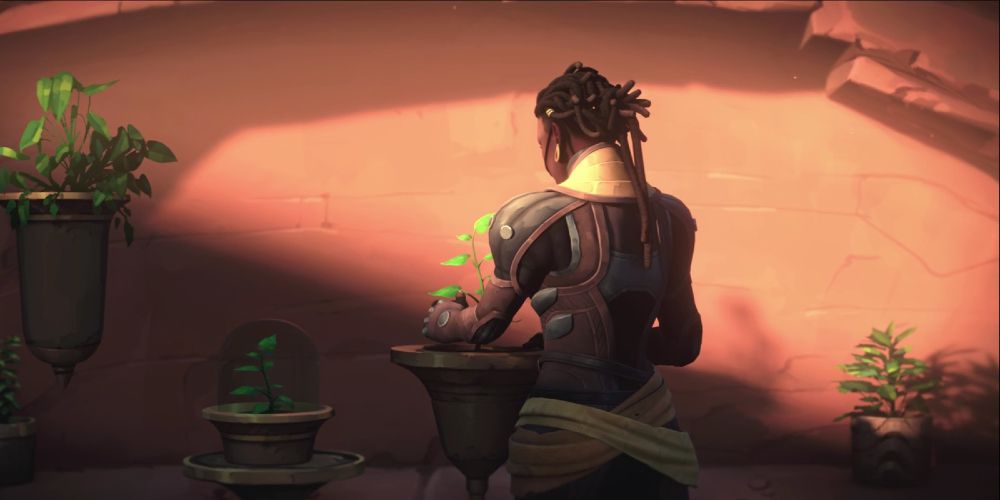 Like their rivals, the Fremen choose two Councilors from four available at the start of each campaign, tailoring their strengths to the player's individual play style.

This young rabble-rouser lets the Fremen cause havoc among the offworlders by inciting riots. At the beginning of every Landsraad session, Chani allows you to spend Authority to denounce a Resolution. If the denounced Resolution passes, one Village belonging to each enemy faction will rebel.

Chani also produces half a point of Intel every day for each neutral Region bordering Fremen territory.

As the ruler of Sietch Tabr, Stilgar's support lends Liet's rebellion an air of legitimacy among the Fremen people. He grants the Fremen player an additional Authority point daily for each Spice Field they control.

Stilgar also makes it much easier to find Sietch allies. Each time the Fremen capture a Village, if Stilgar is on the council extra progress will be made toward detecting the nearest Sietch.

A renowned religious leader, Ramallo allows the Fremen to begin with the Shai-Hulud Temple unlocked (see Fremen Buildings, below). Additionally, the Fremen player begins the game knowing the location of all Spice Fields on Arrakis.

Mother Ramallo makes the early game much easier for beginning and advanced players alike, as her Temples increase production from the get-go and Spice Field detection is useful for planning your expansion.

Last stands are never where you want to find your soldiers, but Otheyn can make the difference between a narrow defeat and a narrow victory, or make the offworlders pay dearly in losing battles. 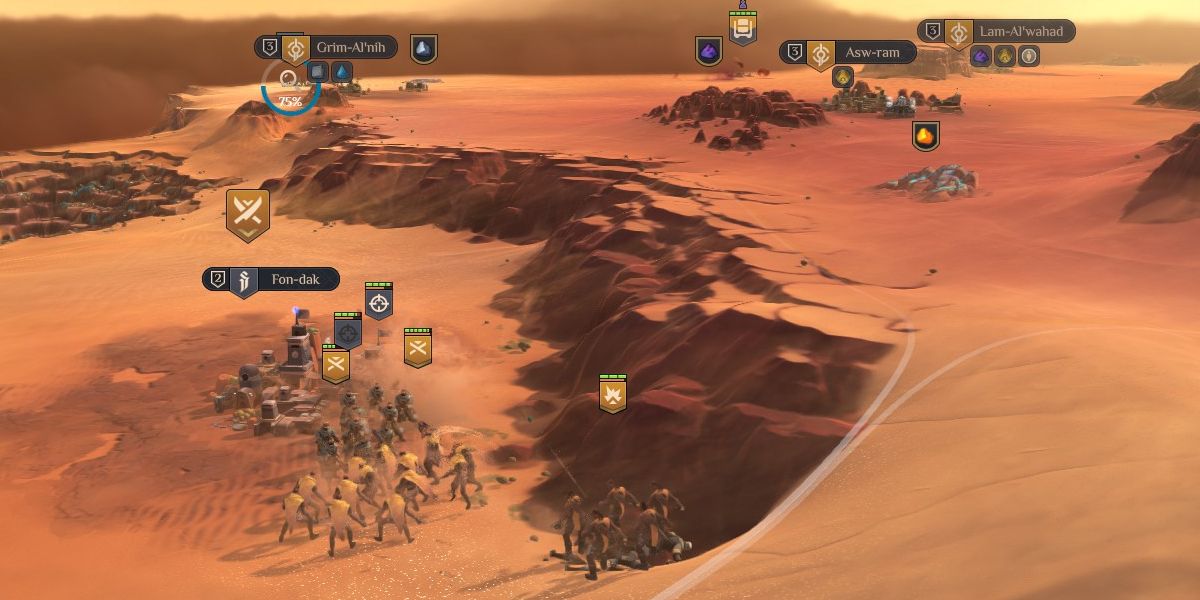 Fremen culture holds Arrakis with reverence and respect, and as such, they do not industrialize the planet as the offworlders do. Some Fremen buildings operate differently than those of their enemies, usually giving up one benefit for another. 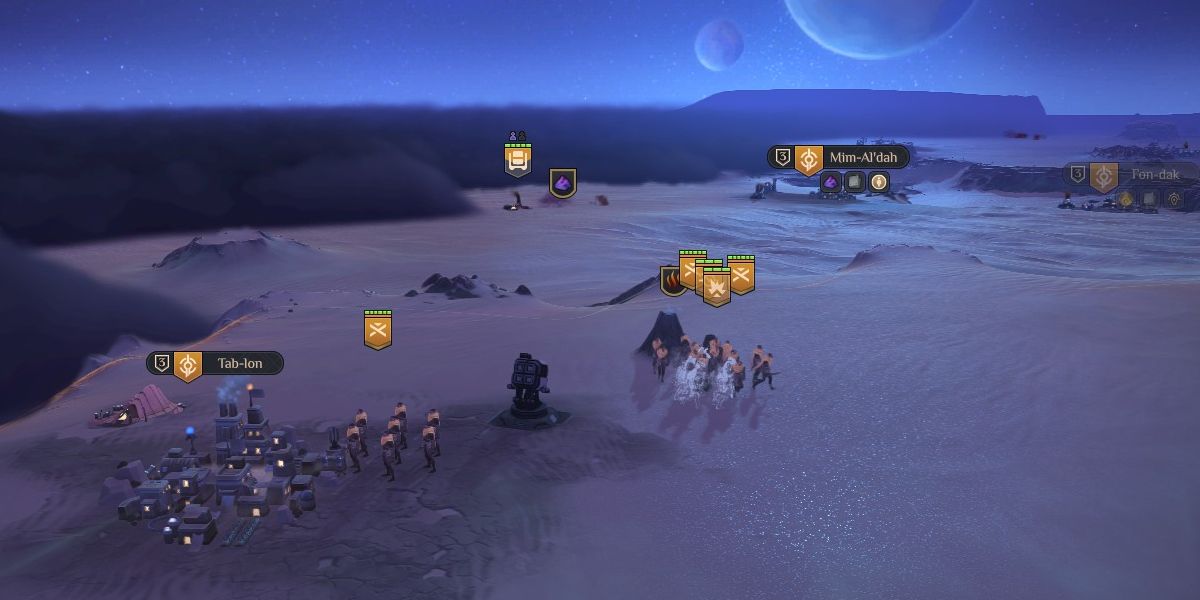 The Fremen have more unique Developments in their tech tree than any other faction, allowing them to further exploit their singular play style. 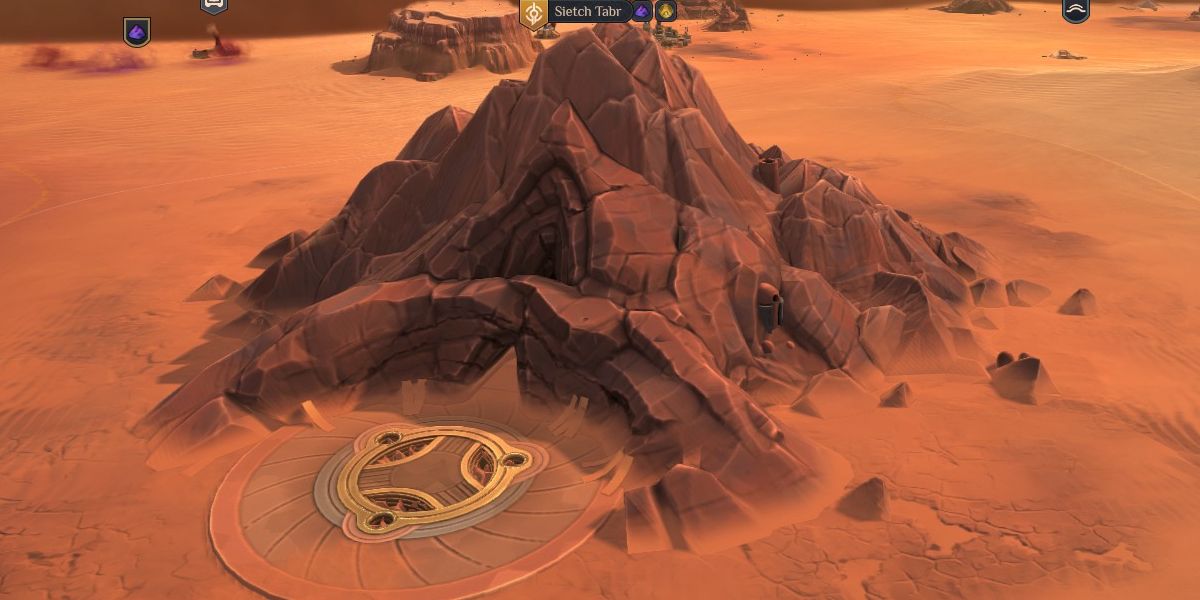 The Fremen have an ace up their sleeve when it comes to the early game – as long as they pay their Spice Bribe on time, they get a boost to their Authority income. This allows them to easily conquer choice Villages and expand further from home than other players. Since the Fremen don't harvest Spice as efficiently as the offworlders, you may need to take an early hit to your Solari income to get your first payment in on time.

Unlike their enemies, for whom the best early strategy usually involves consolidating power around their base, the Fremen should strike out in a single direction. using your extra Authority income to take Special Regions. This will provide powerful bonuses and extra Hegemony.

If you prefer to aim for a Domination strategy, the Fremen are more capable than any other faction of getting an early capital kill. By skirting along the edge of the map you can prepare your assault by establishing a presence near the capital of your nearest rival. When the time comes to strike, you can easily move an entire army into position via Worm Riding.

The Fremen don't have any way of generating Influence at a level comparable to the other factions, so you're better off selling what little you do produce to the highest bidder. This means a Political victory is out of the question for them. 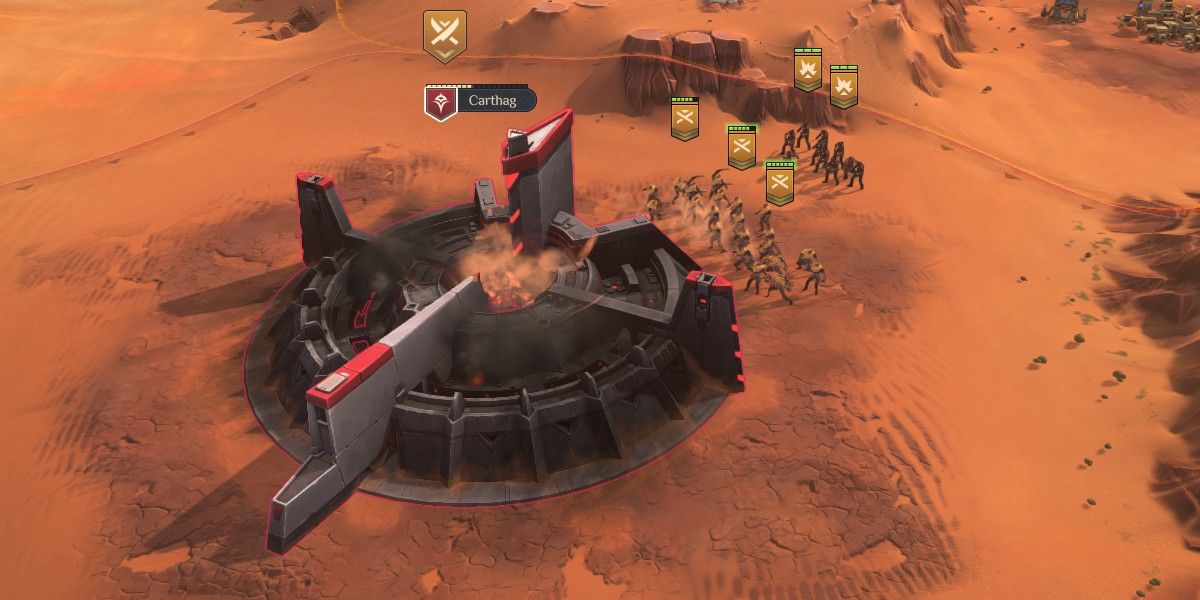 Continue to claim Villages when you're able, especially if they have high winds and can produce even more Water (and, by extension, Hegemony). Use the excess Water to trade with every Sietch you can and forge alliances with them. Between Water, territory, Sietch alliances, and combat kills you should be able to rack up the necessary Hegemony score for a win in short order.

While building up Hegemony, it's important to check the expansion of your rivals. Intercede whenever possible to prevent them from taking neutral Villages, and liberate border regions whenever you have the opportunity. If a rival gets enough land to qualify for Dune Governorship you'll have a hard time stopping them. At that point, you may need to go for the throat and assault their capital if you want to stay in the game.

If you went the Domination route, be sure to research the Spreading The Faith Development by the time you eliminate your first enemy faction. The sudden increase in the number of neutral Regions will give you a big boost to your Solari income. If you can swing it, negotiate a Trade Treaty with one of your remaining rivals to further increase this windfall.

The other rival is your next target – keep expanding your army and rush the Military tech tree as you push closer to their base. Expect a tougher fight than the previous enemy since they will have had more time to solidify their position. If you have a particularly high Solari income you can probably afford some Mercenaries to help with this phase of the campaign,

Once your second opponent is dispensed with, repeat the process to overwhelm and defeat the final faction so that you can bask in victory.