An unannounced change to Dungeons & Dragons rules appears to have nerfed a favorite spell tactic. A player shared their recent purchase of Xanathar’s Guide to Everything to Reddit, noting that the Healing Spirit spell has been edited to limit repeated use. Other players took this claim to the Lead Rules Designer of D&D 5th Edition, who confirmed that the nerf is real. This means no more Healing Spirit conga lines.

Reddit user Shadowtrail1988 began the discussion with a post on April 1 of all days, claiming that the Healing Spirit spell read differently in their recently purchased book. For those not in the know, the spell conjures exactly what the name says – a friendly spirit that heals allies. The healing happens whenever a party member moves through the spirit’s space. This lead to a common tactic D&D players called the “conga line,” where players would line up and repeatedly pass through the spirit until they were fully healed. 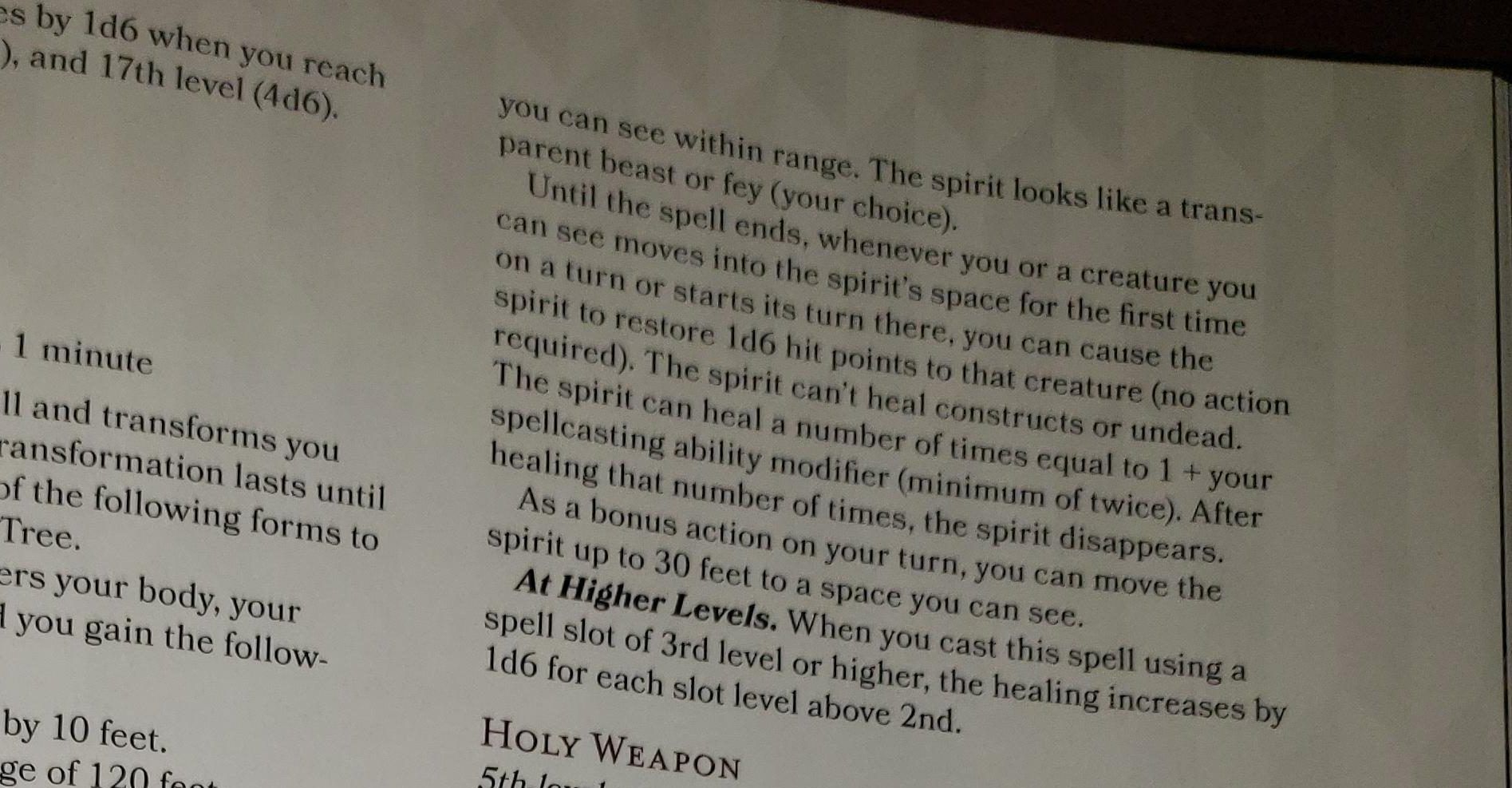 Healing Spirit has been used and abused by many D&D parties, so the change isn’t exactly a shocker. Even so, many Reddit users questioned the post due to its April 1 date. Shadowtrail1988 provided several pictures that showed other changes made to the book, and even a video. Most of these changes were simple typo fixes – not the kind of outrageous content April Fools are made of – lending the post some credence. That still didn’t stop some users from reaching out to Jeremy Crawford, Lead Rules Designer of D&D 5th Edition.

Crawford confirmed on Twitter that the Healing Spirit change is real and intentional. He also said that a new PDF document outlining the recent errata is on the way.

Some of the other changes include corrections to die assigned at certain levels, such as the Mind Spike spell and the Ancestral Guardian’s Spirit Shield. The fighter’s Arcane Archer subclass also clarifies that it doesn’t need magical ammunition. TheGamer will be sure to update when the actual errata doc releases. Until then, DMs rejoice! The days of the conga line are over.