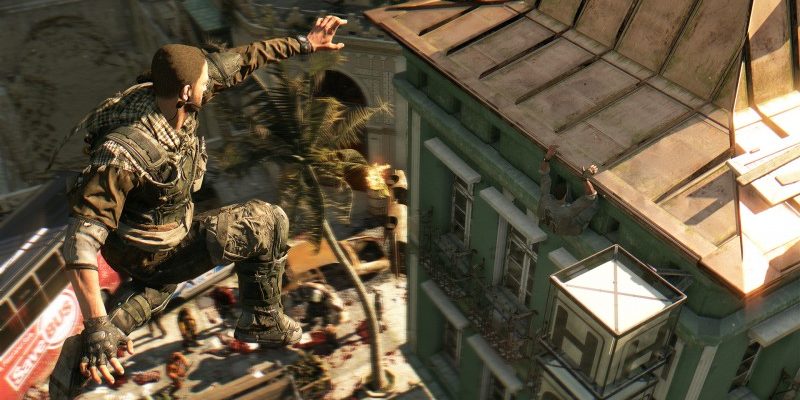 Despite launching in 2015, Dying Light has received a ton of support from Techland in the form of content rollouts, an all-encompassing Platinum Edition, and an unexpected Nintendo Switch port. Senior editor Brian Shea enjoyed his time playing through the original game, concluding his review by saying, “Despite technical and parkour missteps, the rewarding combat mechanics, well-executed narrative, and excellent cooperative multiplayer bring players a delightful time in the shadow of the impending apocalypse. Dying Light is a strong open-world zombie game that delivers a good experience on nearly every front.”

Now, Techland is bringing the first chapter in its parkour-zombie-slaying series to PlayStation 5 and Xbox Series X/S with a next-gen patch.

While announcing more features for the Hellraid DLC, the official Dying Light Twitter account replied to fans yearning for 60fps capabilities. The tweet (seen above) states, “We’re currently working on a next-gen patch for Dying Light 1 – more details coming in the future :)” Additionally, the game’s ESRB page was recently updated with PlayStation 5, Xbox Series X/S, and Nintendo Switch listed as the current platforms. Perhaps, the patch will release much sooner than anyone had anticipated.

Dying Light 2 Stay Human enhances and jumbo-sizes the world and mechanics of the first game. Sadly, we won’t see any familiar faces because Stay Human takes place 15 years after Kyle Crane’s story, but fluid parkour, as well as complex player choices, continue to be the root of the gameplay experience. After years of radio silence and a delay, the second chapter in the franchise will launch early next year. Techland CEO Pawel Marchewka, however, voiced that this shouldn’t worry fans as “[the] game is complete, and we are currently playtesting it. It is by far the biggest and most ambitious project we’ve ever done.”

Dying Light 2 Stay Human launches for PlayStation 5, Xbox Series X/S, PlayStation 4, Xbox One, and PC on February 4. The release date for the first game’s next-gen patch hasn’t been announced yet, but we’ll keep you updated on any new information.

Have you been waiting for a next-gen patch? What optimizations do you think we’ll see?