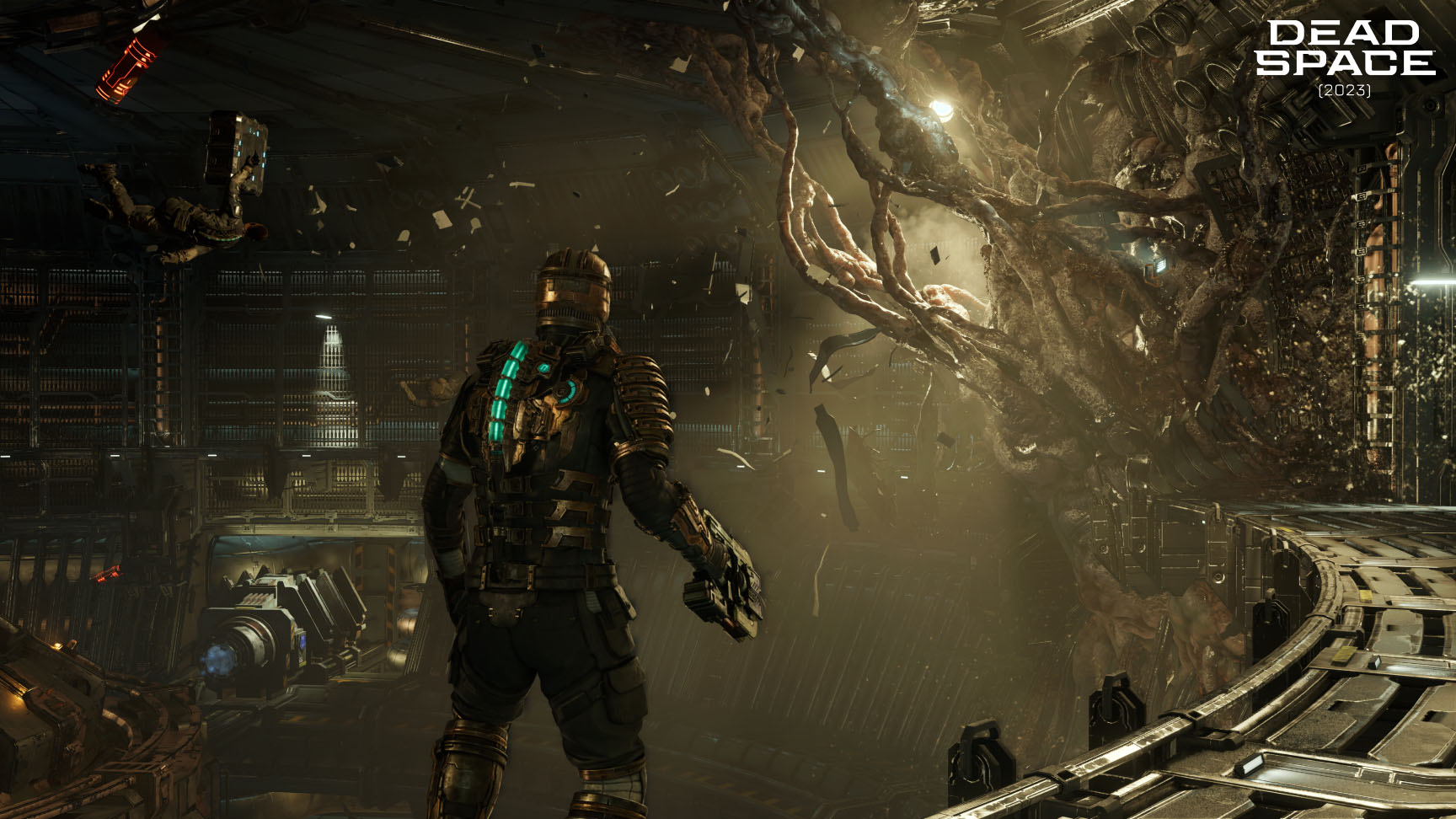 The official trailer for the Dead Space remake has finally dropped, giving us a glimpse of all the horrors aboard the USG Ishimura.

Electronic Arts has decided to revive its popular sci-fi horror franchise by releasing the Dead Space remake early next year, for next gen consoles and PC.

It’s the first game in the series to be announced, after an eight year hiatus, since the release date of Dead Space 3 and its DLC – not counting the scrapped Dead Space 4 project.

The Dead Space remake promises to keep the same basic plot as the original but will utilise redesigned assets, character models, and environments, as you can see in the gameplay trailer.

The trailer shows space engineer Isaac Clarke responding to a distress call from the mining ship USG Ishimura, only to find something has gone horribly wrong. He finds that the ship’s crew has been slaughtered and his partner, Nicole Brennan, is lost somewhere on board.

Isaac is only armed with his engineering tools when he comes across the nightmarish creatures called Necromorphs, in one of the Xbox 360 era’s best survival horrors.

You can also see – or rather hear – Gunner Wright, reprise his role as Isaac Clarke, as he did in Dead Space 2 and 3. So if you’re a returning fan of the game, it won’t feel too unfamiliar compared to its predecessors, even if Isaac didn’t originally talk in the first one.

The game is fully rebuilt from the ground up and stays as close to the original as possible, only with elevated visuals and boosted audio – as well as the zero G flight mechanics from the sequels.

With the power of next gen hardware, the developers have managed to expand the scenery in Dead Space remake, in a way that was technically impossible when the game first launched.

The remake will also feature an overhauled dismemberment system with even more gore effects. This means damage is completely unique depending on the site of the impact and the models are made up of layers of flesh and skin – just like real creatures.

Besides revealing the official gameplay trailer, EA also opened pre-orders for the game, priced at £64.99 for consoles and £49.99 for PC.

The Dead Space remake is scheduled to launch on January 27, 2023 across PlayStation 5, Xbox Series X/S, and PC.