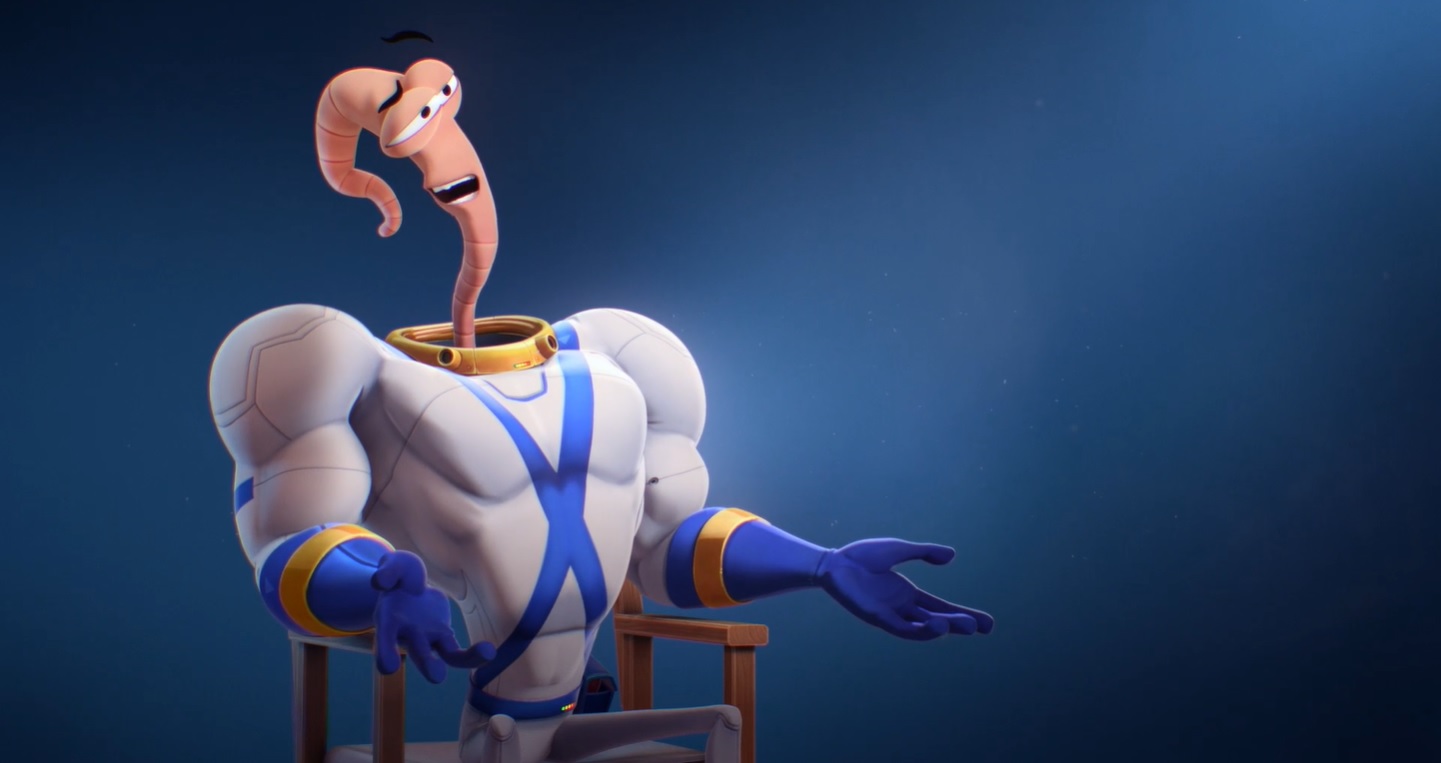 Interplay Entertainment has set up a new TV and film division, with its first project being a brand new Earthworm Jim cartoon.

Out of all the 90s video games mascots, was anyone expecting Earthworm Jim to make a return in the 2020s? While there hasn’t been a new game since the HD remake of the first one in 2010, Earthworm Jim is apparently set to return to television screens.

Publisher Interplay Entertainment has recently set up a new television and film division, with its first project to be a new Earthworm Jim animated series.

There was an Earthworm Jim cartoon back in 1995, which ran for only two seasons and saw Dan Castellaneta (Homer Simpson himself) voicing the title character. From the sound of things, however, no one from the original show is involved; it’s an entirely new creative team.

Writer and producer Michel K. Parandi is helming the project and he will be collaborating with producer Aaron Billet and animation studio Passion Pictures, which has previously worked on the 101 Dalmatian Street cartoon for Disney+ and cinematics for League Of Legends.

As for the plot, all that’s been shared is that Jim is on a quest for ‘his true home among the stars: a near-mythical planet called Earth’. The official website offers no other information besides a trailer, confirming that it will be 3D animated, and Jim will have a new voice actor, as well as provides an example of the type of humour you can expect.

Interplay hasn’t given an expected release date, nor does it say how involved series creator Doug TenNapel is involved with the project. In recent years TenNapel has become a controversial figure for his political views and anti-LGBTQ+ comments.

He purposely misgendered a journalist after they wrote a piece criticising the Earthworm Jim series, and has supported both the Comicsgate movement (which opposes diversity and progressivism within the comics industry) and Donald Trump.

A new video game, Earthworm Jim 4, is meant to be in development as an exclusive for the Intellivision Amico console. However, the console has been delayed multiple times and currently lacks a release date – there have been no updates on the game since the 2020 trailer.