I spent my entire weekend playing Cyberpunk 2077. No, I’m not seriously ill, nor am I being held hostage in a basement by CD Projekt Red, it’s because I wanted to. My return is due to a perfect storm of myriad factors that have come to present the maligned RPG in a new light.

The next-gen update makes the game not only playable on current-gen consoles, but rather gorgeous, and a selection of patches have added a bunch of new content while eliminating the most irksome bugs. It’s still pretty ropey, but this is an experience that can now stand alongside other stellar entries in the genre as one worth playing.

Such renewed interest is also thanks to Edgerunners. Studio Trigger’s anime adaptation arrived on Netflix last week to critical acclaim. Its stunning final act aside, I wasn’t especially glowing in my review, but it brought Night City and its atmosphere to life in ways that not even the game quite managed. It felt warm, familiar, and ripe with potential that I was keen to delve back into. So here I am, 14 hours into a new playthrough with no signs of stopping. 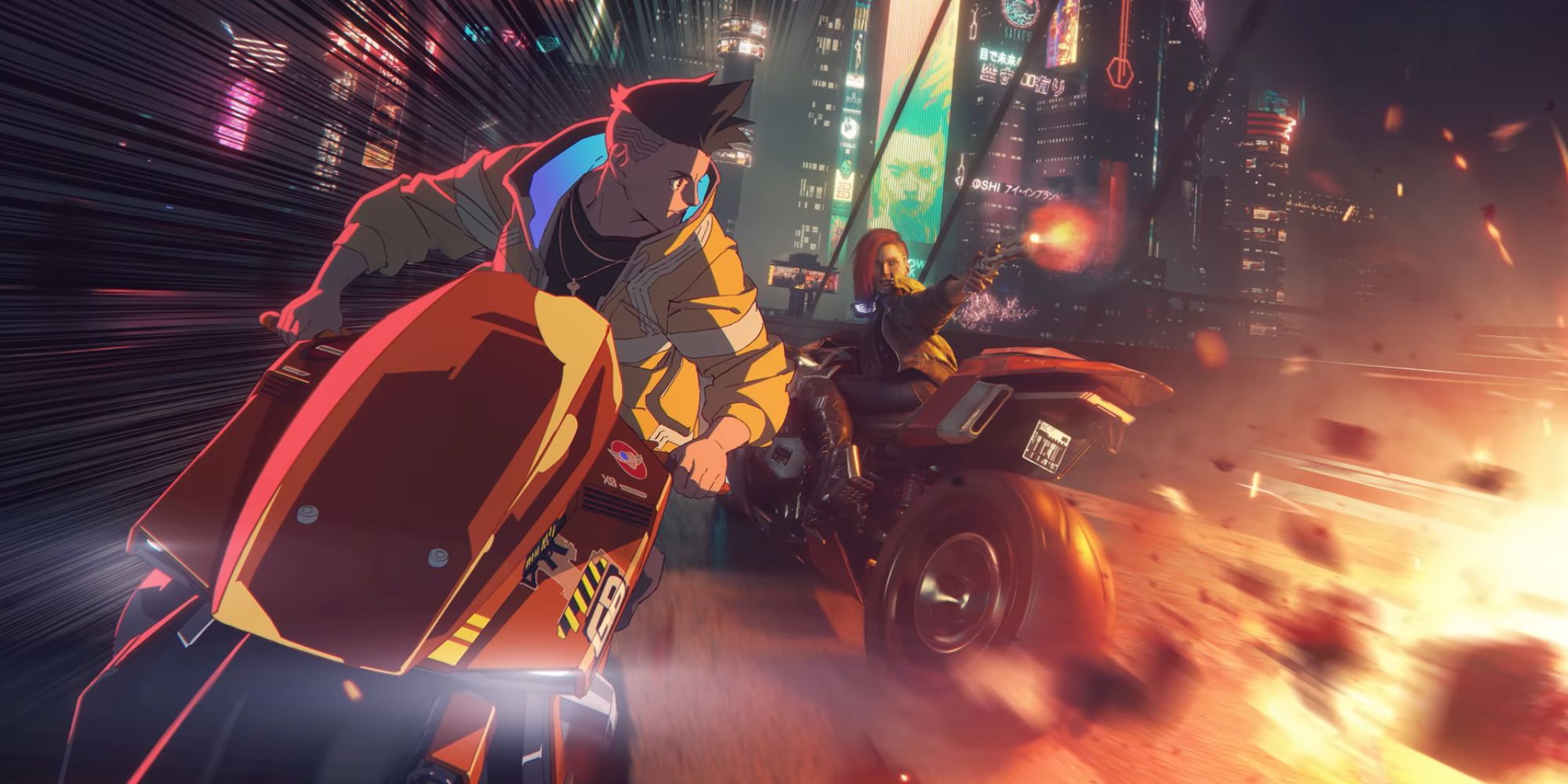 I’m not alone either. This cross-media synergy has seen Steam hit 85,000 concurrent players at the time of writing, surpassing the record established at launch in the midst of all the unparalleled hype and controversy. New players, returning ones, and those who likely fell in love with Edgerunners and want to see more from this world have signed up hoping to lose themselves, and CD Projekt Red could have desperately used such a draw two years ago. Imagine if 2077 launched with more than just broken console versions, but an animated side story, additional literature, and reasons to care about its fictional universe.

Coming from Mike Pondsmith’s tabletop vision, Cyberpunk 2077 has always had the potential to tell stories outside the blockbuster game, if anything that sort of outlook has been actively encouraged. V is one person in the wider landscape, and the fact their own narrative involves the likes of Arasaka, Militech, and Silverhand makes them one of the bigger fish in the pond. Yet she isn’t even mentioned in Edgerunners, and only certain events from the game are glimpsed on screen or play a role in the unfolding plot. 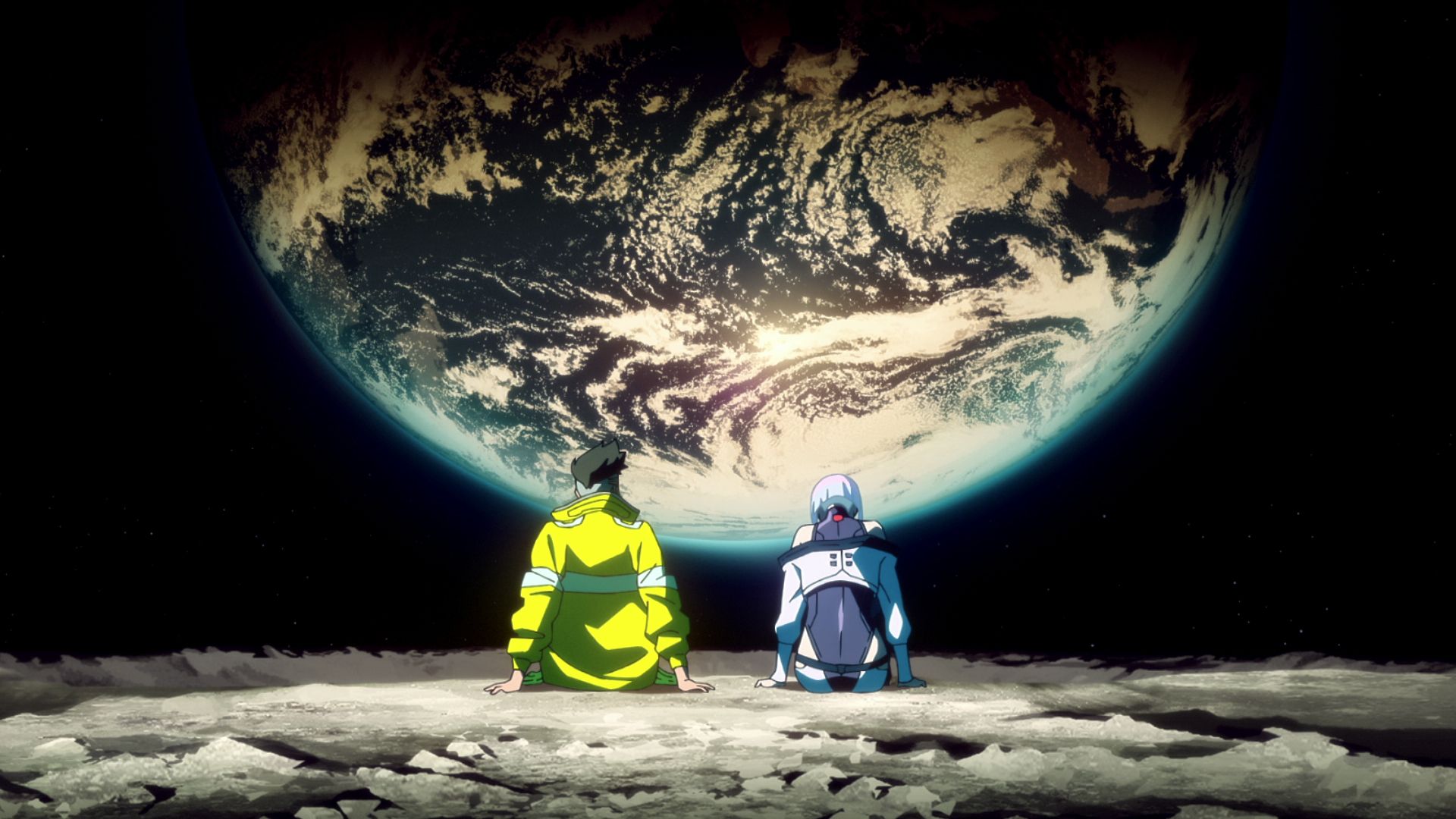 That’s amazing, and speaks to the potential depth of Night City and how it doesn’t need to depend on what came before to shine on its own terms. Star Wars can’t even achieve that, and it’s been around for almost half a century. Edgerunners doesn’t need the presence of Cyberpunk 2077 to exist, and I wager loads of people watched the show and became aware of its inspiration for the very first time. They picked up the game, and like me, have found a lot to love amidst its glitch-ridden streets. It isn’t perfect, but Night City remains one of the most well realised and atmospheric open worlds gaming has dished out in recent years.

If that weren’t true we wouldn’t be so enamoured with Edgerunners. Even as the credits rolled I couldn’t help but think of more stories this universe is capable of telling. Phantom Liberty will bring a new tale with existing personalities, but otherwise I think the rocky launch might have neutered any cross-media potential before it has even begun. CD Projekt Red is already moving onto The Witcher 4, and Studio Trigger has its own projects, and part of me would have loved to have seen a different reality where so much didn’t go so wrong. 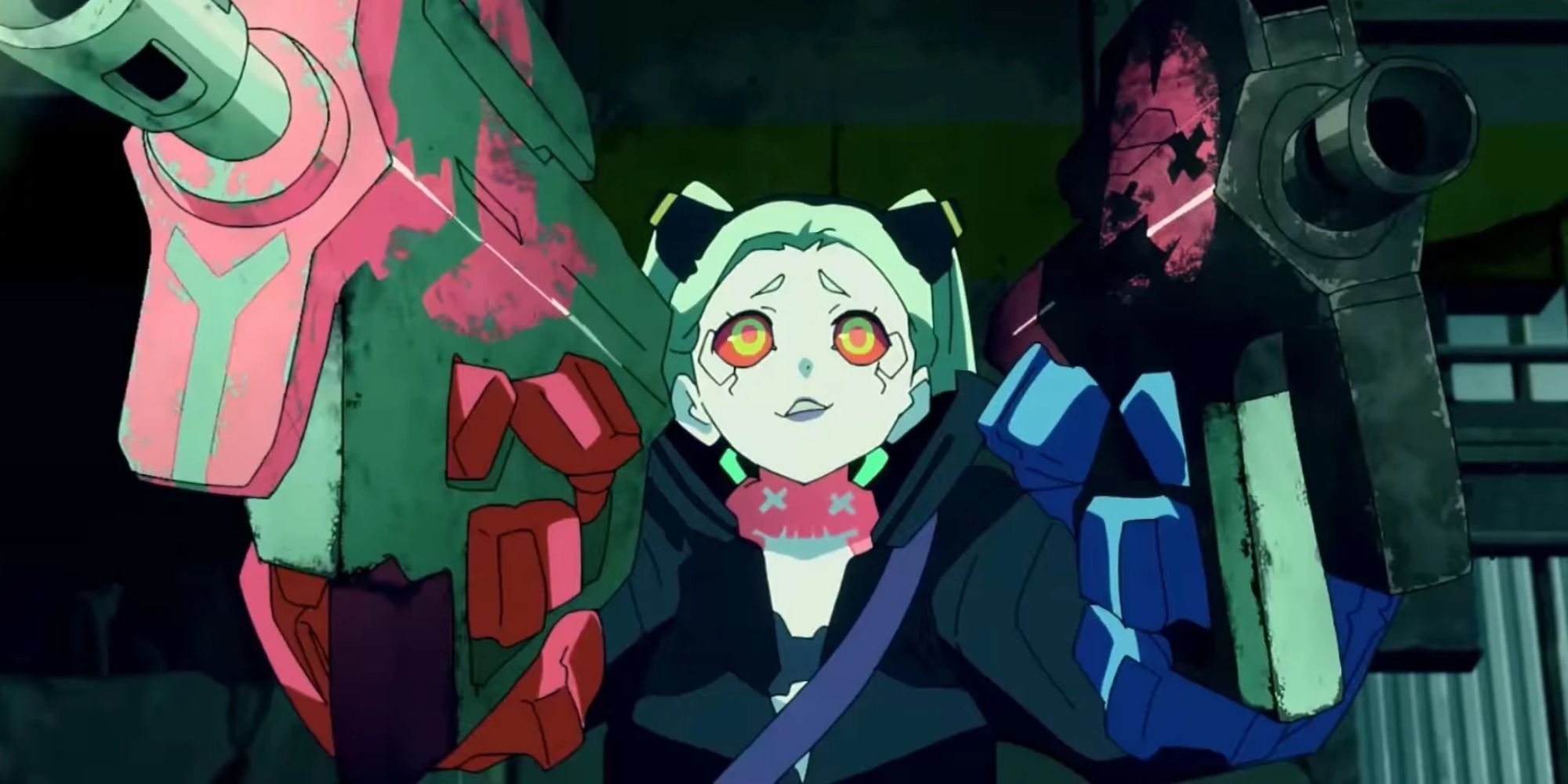 2077 could have ruled the world, and Edgerunners alongside it, but instead we are seeing this full potential realised long after the curtain has fallen. Yet part of me doesn’t think it’s too late for thousands to fall in love with it all. The launch was an unbridled mess, there is no denying that. The marketing machine spent months lying to us all with overblown gameplay demos and extravagant trailers, all while the actual development team was struggling to cobble a game together that wasn’t even close to ready even after several high-profile delays. Now, almost two years later, it hasn’t reached those initial expectations, and it never will, but that doesn’t weaken my admiration for Night City and those who call it home.

Now I’m replaying the game for the first time since I reviewed it (and not on an ultra-powerful PC), I can view it all from a new light, and gain a more nuanced understanding of how the public is consuming this game on such contentious terms. It will always be a letdown, but there remains ample worth to be mined from a game that was faced with an impossible task in the first place. The fact we are now able to reclaim some of that lingering enjoyment, even if its through the residual love of a Netflix show deliberately removed from everything else, is arguably the best we could have hoped for. CD Projekt Red is well aware of this connection too, with a huge update being released days before Edgerunners' debut that featured new weapons, quests, music, and additions to the world that reflect the anime’s narrative. 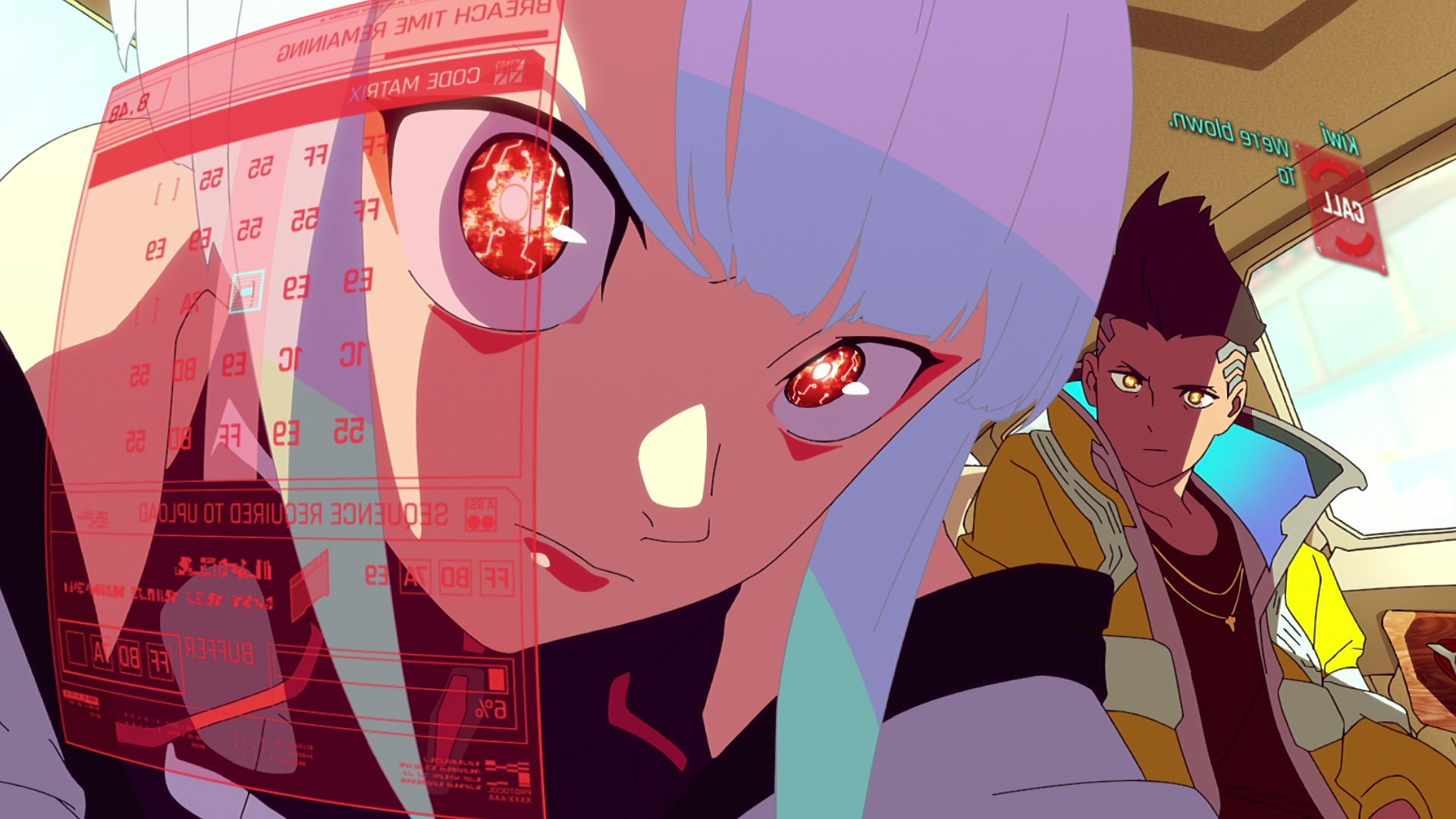 I know I enjoyed Cyberpunk 2077 more than most, and have come to appreciate the lighter and more honest tone its creators have taken in response to their downfall. It’s better than ever, yet will never be the game I always wanted it to be. But to know that the potential of telling stories across this world without compromise is being embraced regardless of the medium gives me hope for the future, and that fans are being given the freedom to fall in love with it for the right reasons. If you need me, I’ll be living it up in Night City.