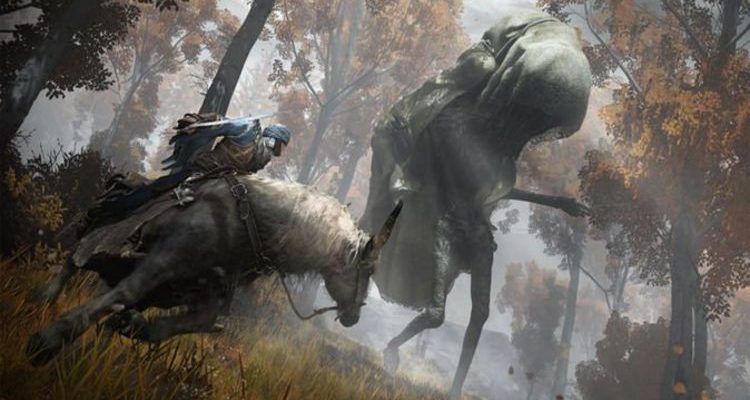 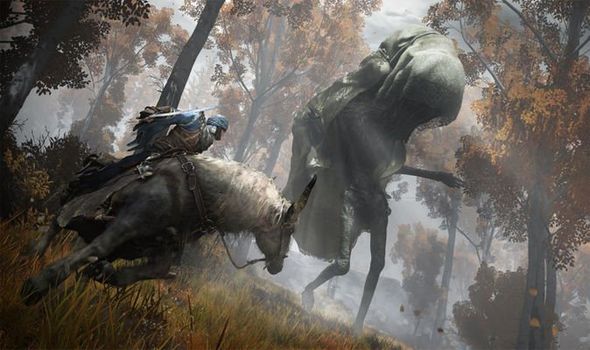 The Summer Game Fest opening ceremony finished with a bang, as fans were given their first look at FromSoftware’s open-world role-playing game Elden Ring.

After months without any new information, FromSoftware finally gave fans a glimpse of the Elden Ring game world, as well as some of the game’s unique monsters and gameplay systems.

Following on from the recent gameplay reveal, game director Hidetaka Miyazaki discussed the world of Elden Ring with IGN.

According to Miyazaki, the game takes place in an area called The Lands Between, where players control a individuals known as the Tarnished.

“So first of all, in the world of Elden Ring, The Lands Between are blessed by the presence of the Elden Ring and by the Erdtree, which symbolizes its presence, and this has given grace or blessing to the people throughout the land, great and small,” Miyazaki explains.

“What this represented in them is this sort of golden light, or this golden aura, that’s specifically shown in their eyes.

“And this symbolizes the blessing or the grace of the Erdtree. However, after a time, there were some individuals who lost this grace, and the light faded from their eyes. And these are what are known as the Tarnished.”

Miyazaka continues by explaining that the Tarnished were called back to the world following the breaking of the Elden Ring.

“The ancestors of the characters that are present in the world were banished and exiled from The Lands Between, these Tarnished.

“Then a long time after that, the Elden Ring was shattered in a historical event. This triggers the return of this lost grace and it calls out to the Tarnished, who were once exiled from The Lands Between, and it guides them back.

“So this is the starting point, or the impetus for the game itself, the Tarnished being called by the lost grace and returning to The Lands Between.”

According to Miyazaki, one of the main themes of Elden Ring is how players approach the new-found grace. Needless to say, a big part of the adventure will involve seeing what motivates other characters in the game.

Elden Ring is a fantasy adventure collaboration between From Software’s Hidetaka Miyazaki and Game of Thrones author George R.R. Martin.

“Elden Ring is From Software’s largest game to-date and is set in a sprawling realm steeped in a rich and bloody history crafted by Hidetaka Miyazaki – creator of the influential and critically acclaimed DARK SOULS video game series; and George R.R. Martin – author of The New York Times best-selling fantasy series, A Song of Ice and Fire.”