Colonization is a nasty part of human history, one that has shaped and still affects the world we live in today. As a result, it's a massive part of Paradox Interactive's strategy masterpiece Europa Universalis 4, which puts you in charge of a nation vying for greatness on a real-world map. Sometimes, that greatness comes by taking what others have.

To colonize in EU4, you'll need to settle new lands with colonists, which you can get from the Exploration or Expansion idea groups, the former of which lets you reveal more of the map with Quest for the New World. Some nations are better equipped than others to become colonial powers, however, and it's important to make your choice carefully. 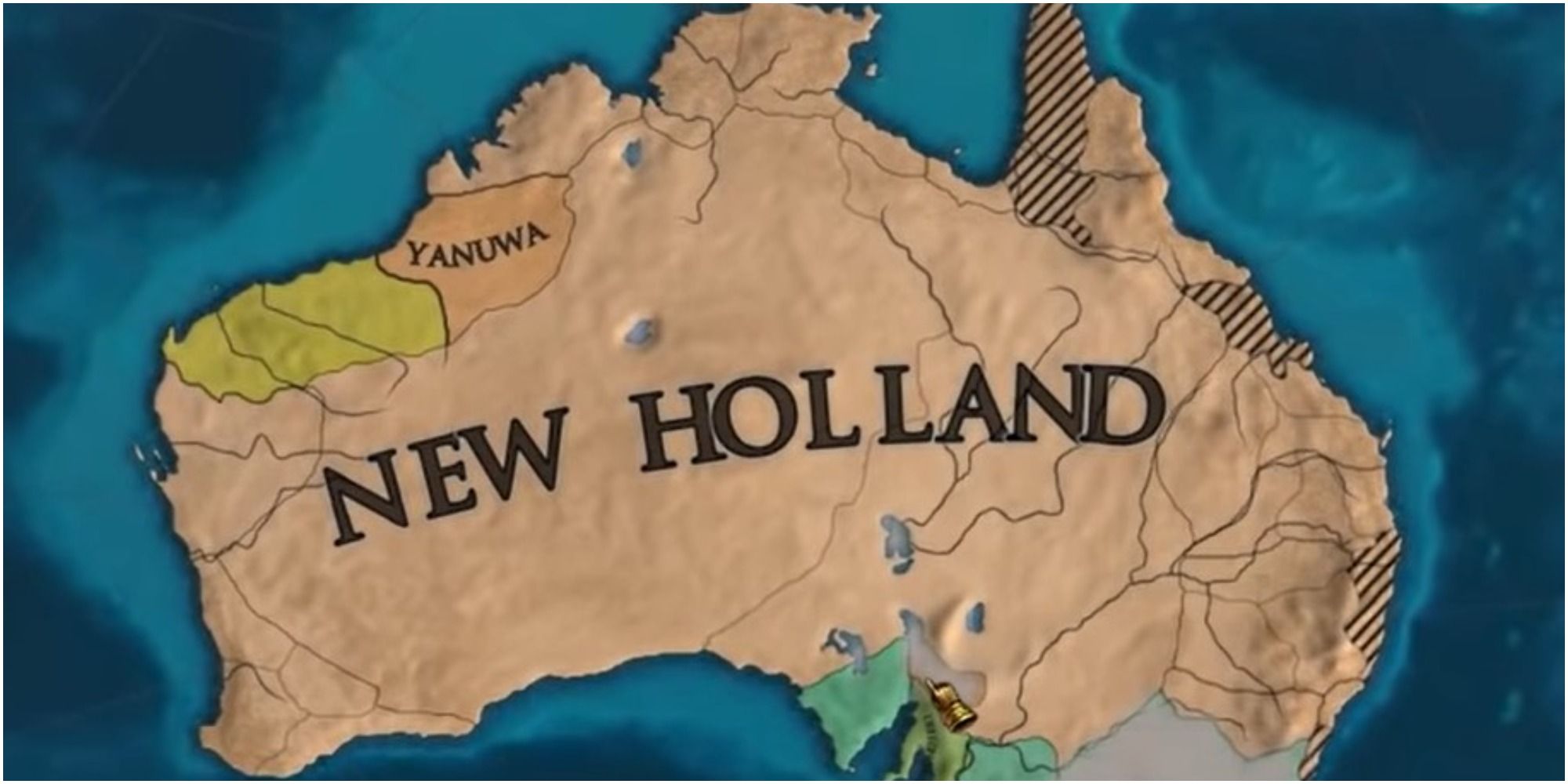 The Netherlands takes the bottom spot on this list since it's not really DIY colonization, you need the Conquest of Paradise DLC to do it properly, and there are a lot of steps involved. That's not to say it's not fun though, particularly if you enjoy warfare in the game.

Essentially, colonizing as the Netherlands involves first forming the Netherlands from a one-province minor like Holland, building a grand navy to rule the waves, and taking another colonial power's colonies by force. Why go through the trouble of building the Thirteen Colonies if you can just steal them later? 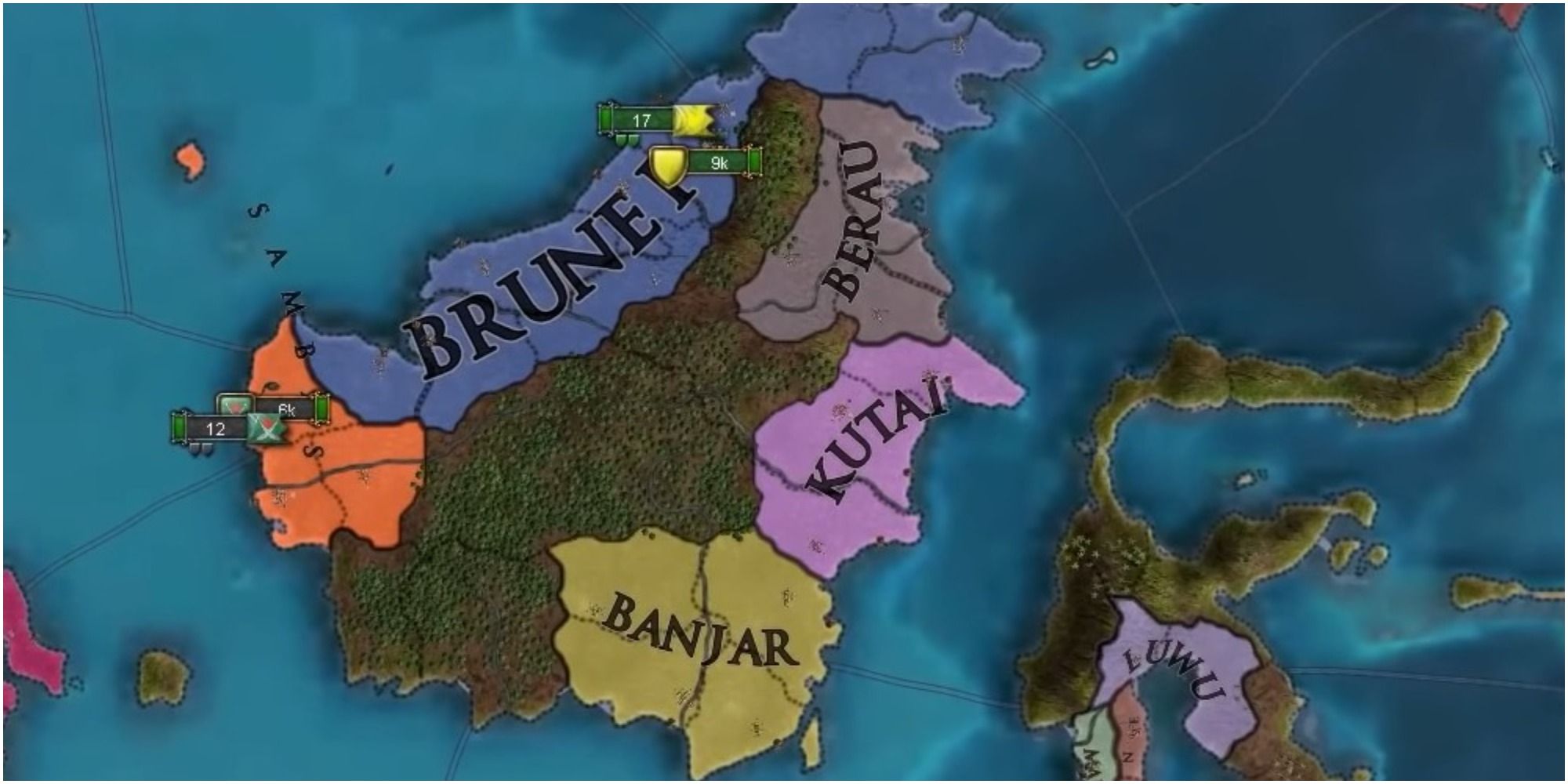 The Malay nations can be an excellent way to colonize Southeast Asia, which is ripe for the taking. Brunei's ships are well-equipped for exploring the world too, since they're built with 10 percent extra durability.

Straddling the Indian and Pacific, Brunei is also in a good position to attain a foothold in Africa. In addition to wealth, colonizing South Africa has the added benefit of severely slowing down the Europeans' arrival into Asia, which means more power, more ducats, and more glory for you. 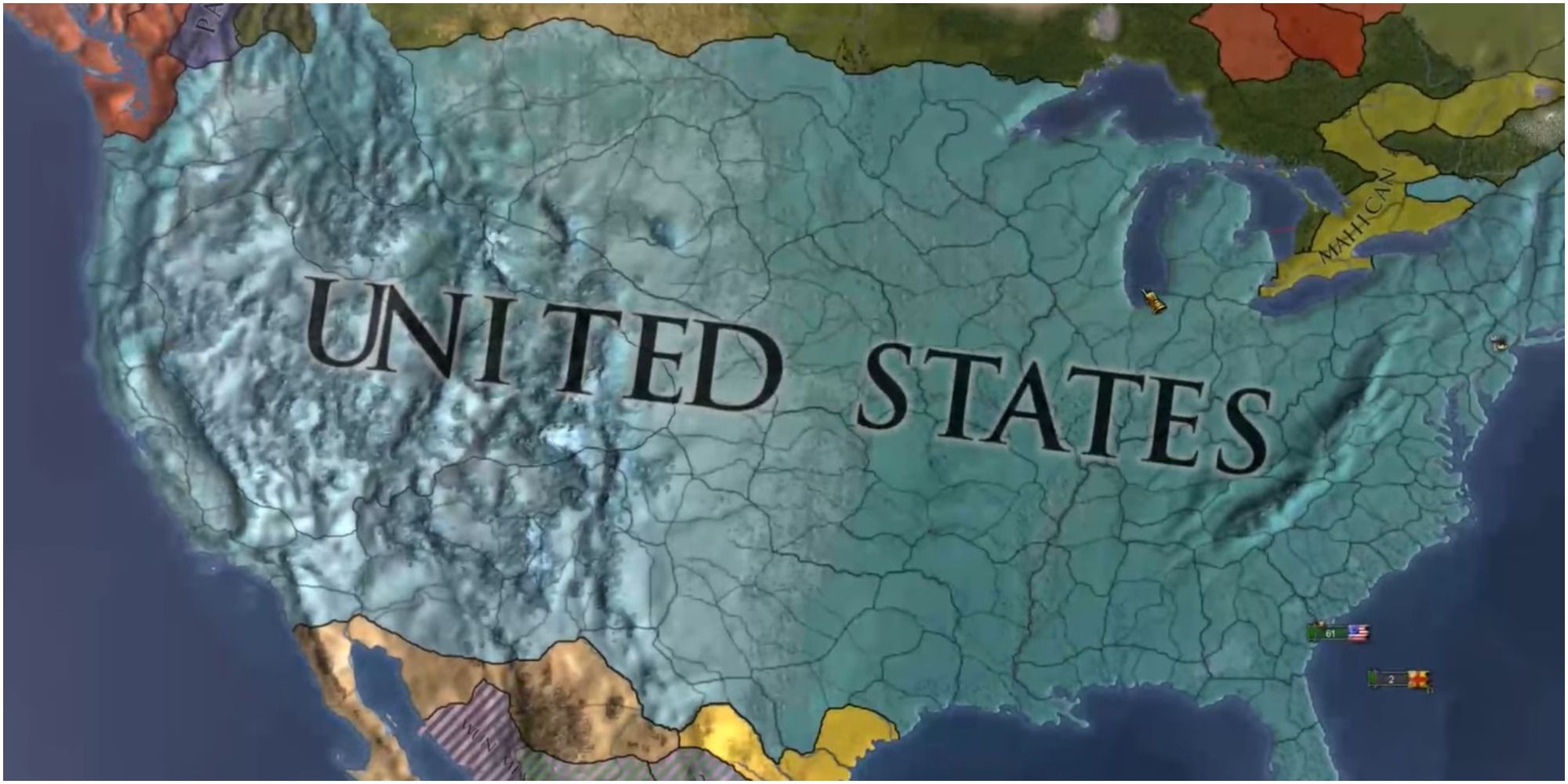 The United States begins with an additional colonist through its Manifest Destiny idea. Used in a real historical context, the United States would be best suited for expanding westward, where you'll have to tangle with Natives and mid-to-late game European powers like Spain, Great Britain, and France.

While potentially starting in a precarious position surrounded by world juggernauts, the United States is a viable and possibly powerful colonial power. It's most easily formed with the Conquest of Paradise DLC by forming the Thirteen Colonies, releasing them, and playing as them. Otherwise, you can give this a go in the 1776 start. 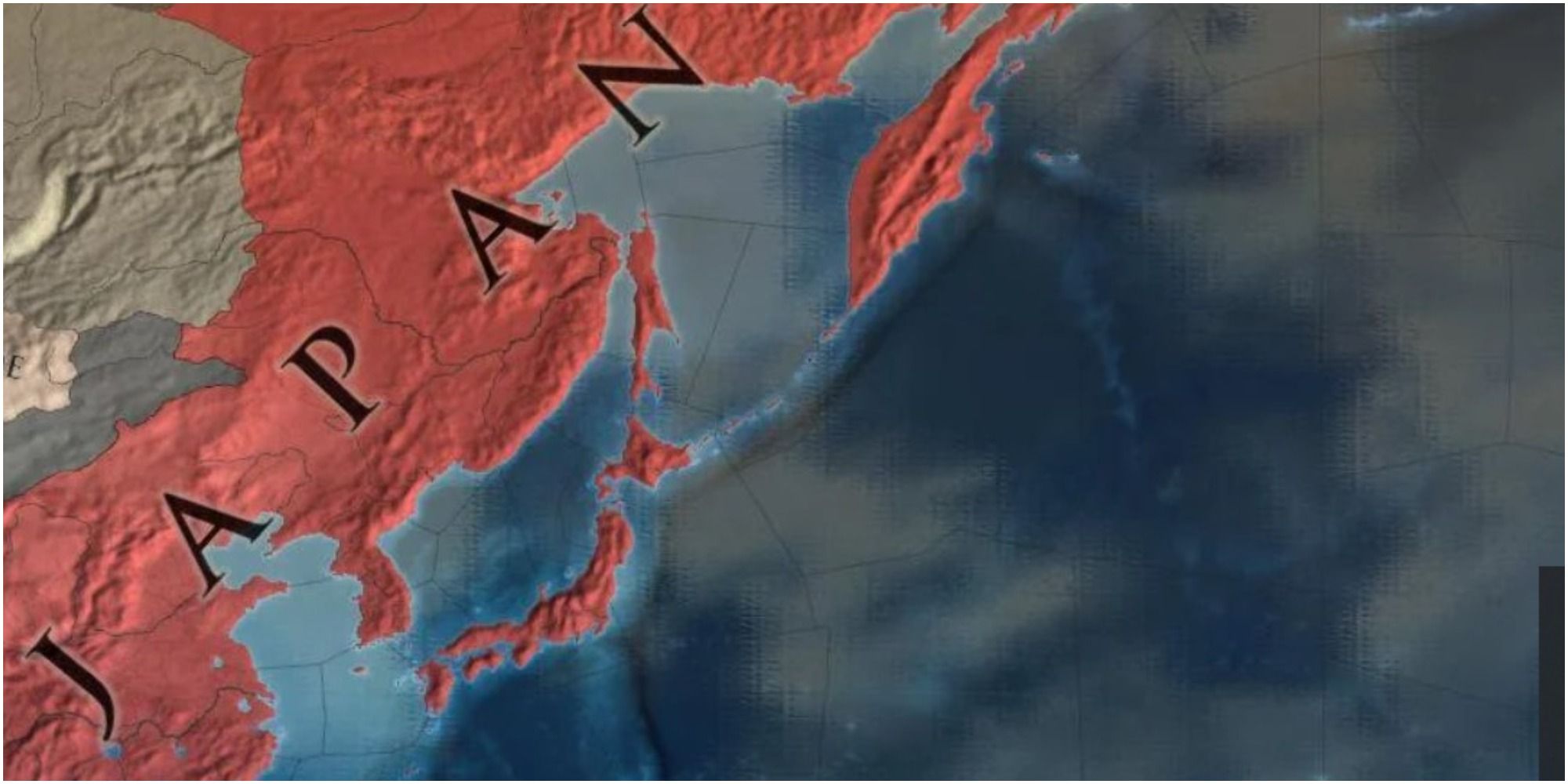 If you have the stomach for constant war in the early game, a unified Japan can be a formidable force when colonizing the Pacific. Much of Southeast Asia, Australia, New Zealand, and virtually all of eastern Russia are for the taking if you can establish yourself as a naval and military power.

But to get to that point, you have to come out on top in a very crowded pool of warring factions. Uesugi is a common choice for first-time players trying to unify Japan, due to their coastal lands, geographic position, and trade opportunities. 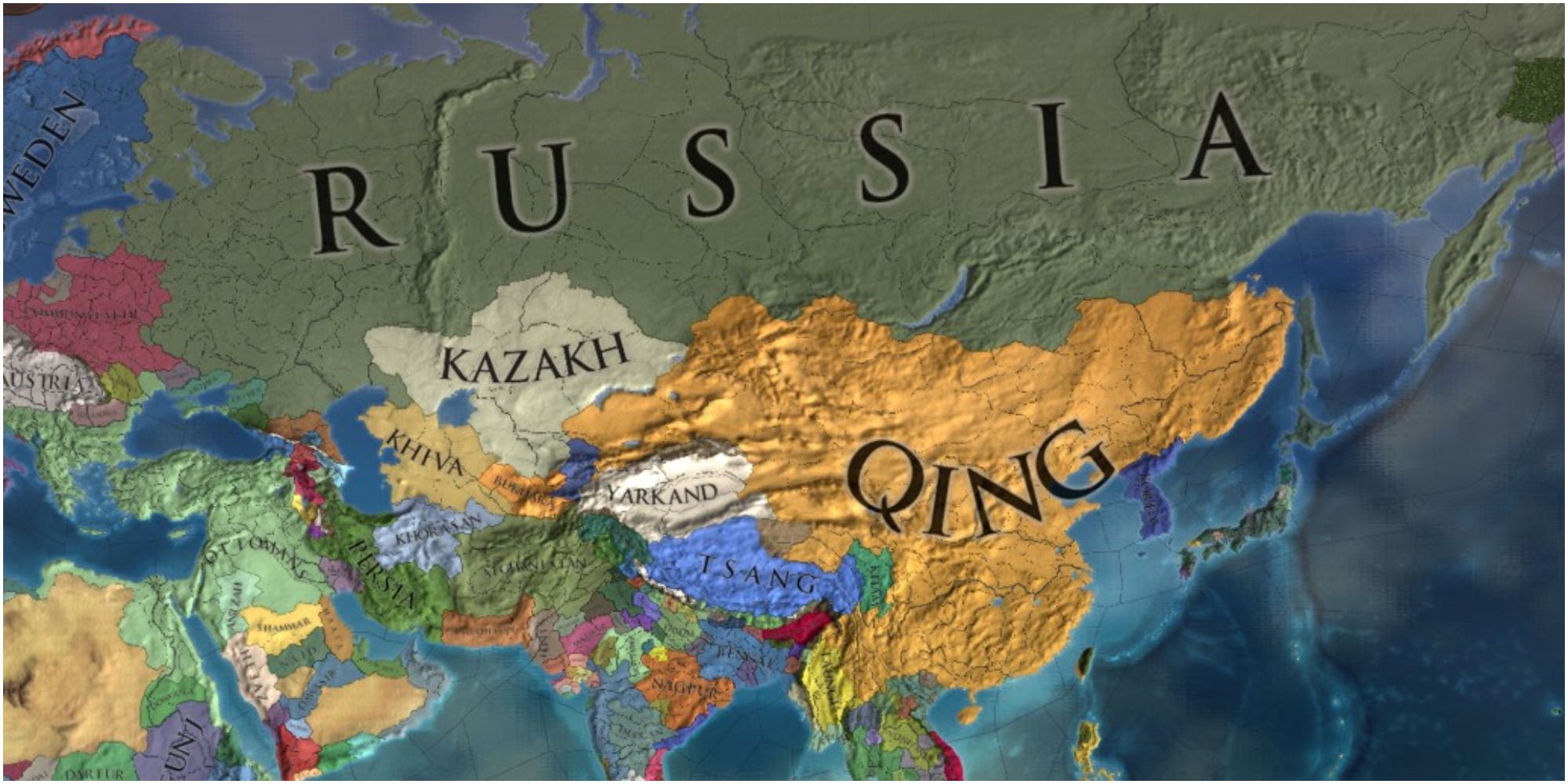 Ever wonder how Russia ended up so vast? Well, if EU4 is anything to go by, the Russians started heading east and didn't stop until there was no more land to tread. This is how you'll colonize as Russia, and you'll likely end up quite large if you do, even if you take up less than Russia's real-life borders.

What makes Russia so good at expanding throughout Eastern Europe into Siberia is the Siberian Frontier idea, which automatically discovers provinces adjacent to new colonies you put down. Note that Russia isn't a starting nation, and it is most easily formed through either Muscovy or Novgorod. Good luck, and mind the hordes you'll encounter along the way! 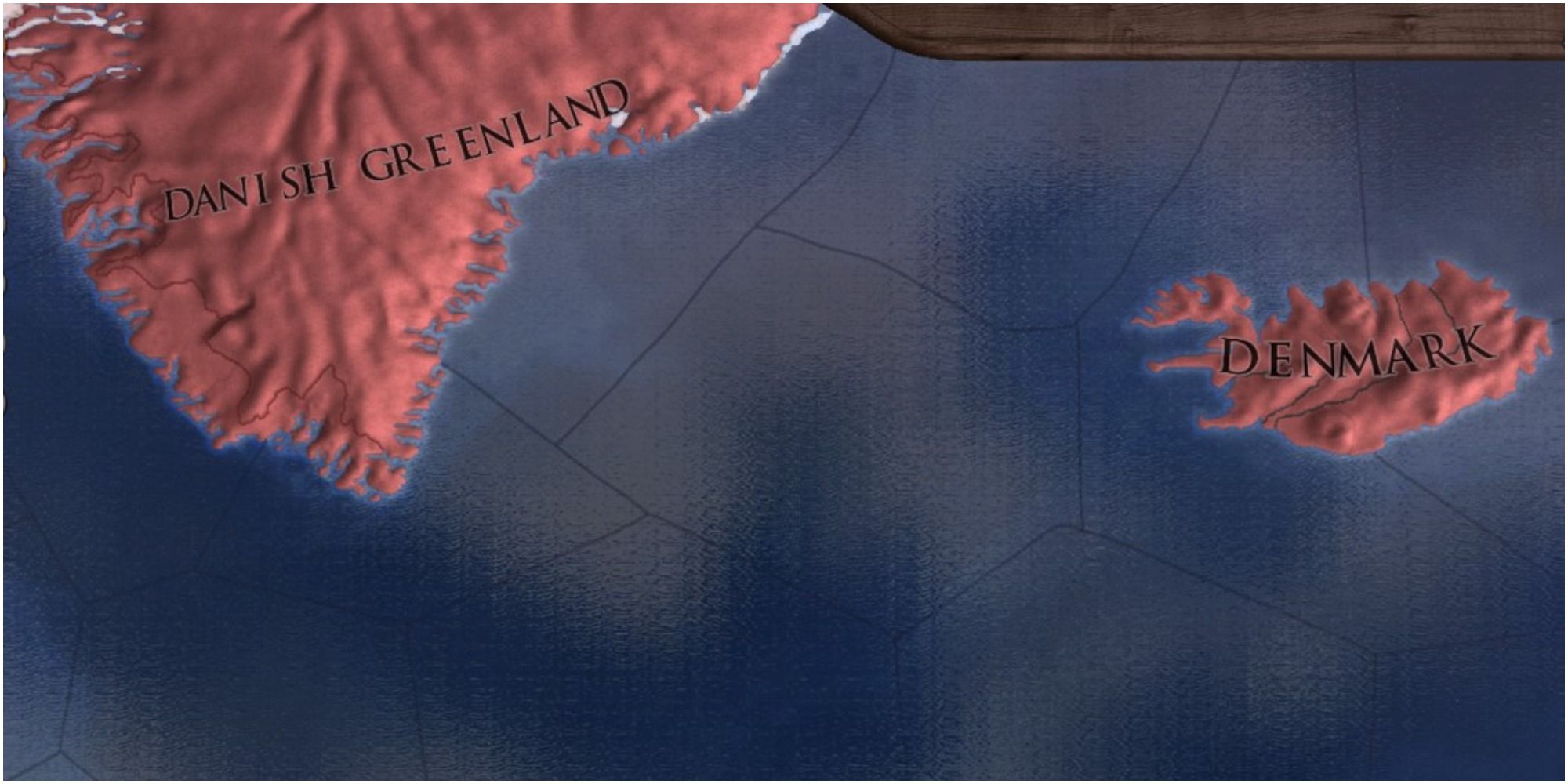 Some online will also recommend Norway, but that requires the arduous task of breaking free of Denmark's chains, so Denmark it is. The rich Caribbean may be a long shot for the Danish player, especially due to their distance from the New World and priorities with Norway early on, but the Americas are still within reach via Iceland or Greenland and going into Canada.

In fact, it could be argued that Denmark is a very balanced nation as far as gameplay goes. Sit out the first round of colonizing for intriguing European struggles, integrate Norway, and then enjoy a mid-to-late game romp through North America. 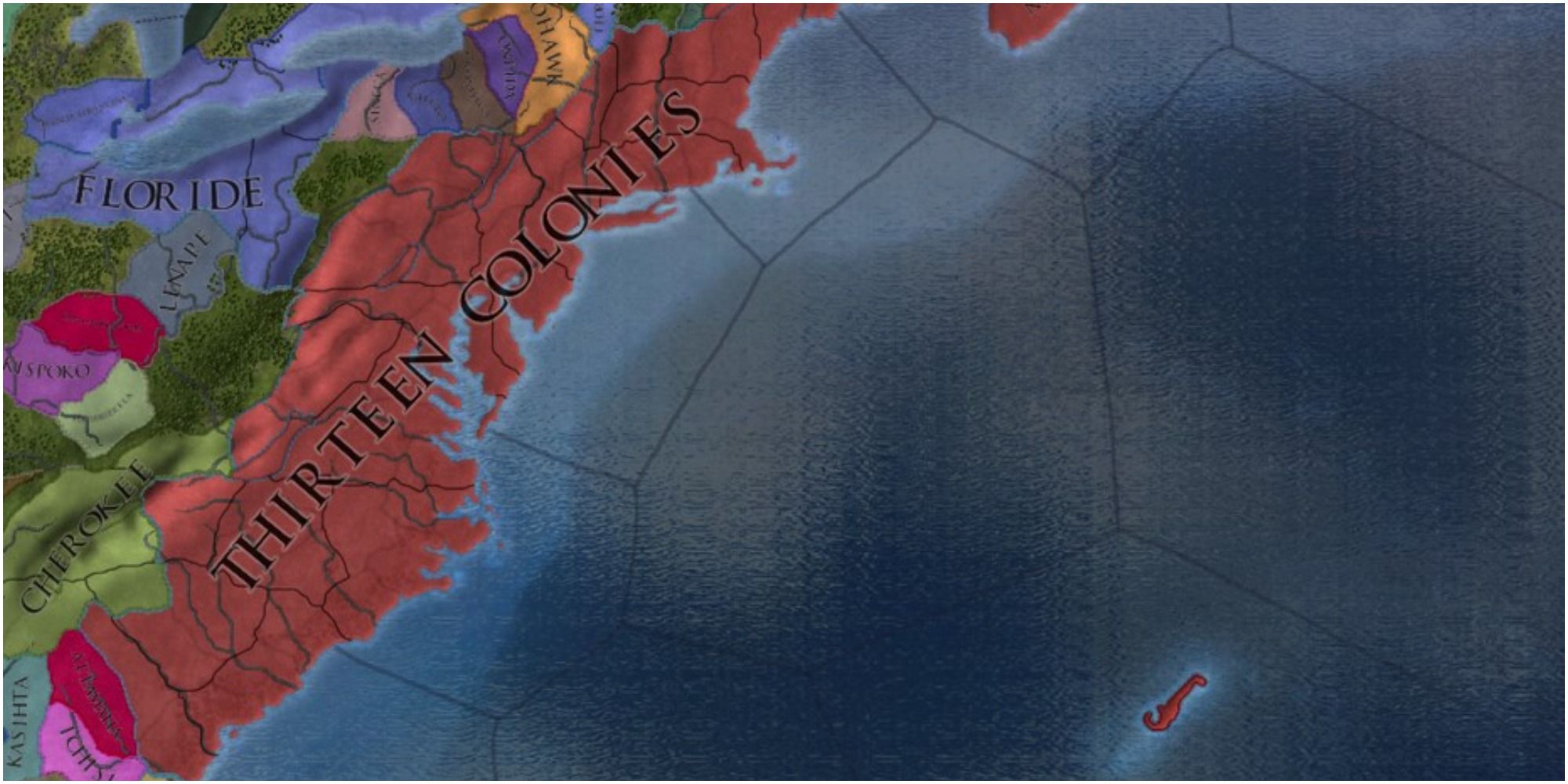 On paper, England isn't great for colonizing due to its low colonial range at the start of the game and the fact that it doesn't have any colonial ideas. That being said, there are arguments for England being a good choice if you want to go the colonial route. First, since England is by its nature a naval power, you'll have no problems protecting trade on either side of the pond or using your ships to support your forces in any New World conflicts.

Second, you can use England's low colonial range to your advantage by getting Quantity as your first idea while you increase your Diplomatic tech points and increase your colonial range. While you may not reach the Americas as quickly as France, Portugal, or Castile, a large army will help you keep your home and colonies secure and could allow you to take more colonies by force.

Finally, you'll more likely than not end up forming Great Britain at some point, which does have some colonization ideas. Namely, City On a Hill and Establish British Merchant Navy, which grant you +20 in Global Settler Increase and an extra 15 percent in global tariffs respectively. 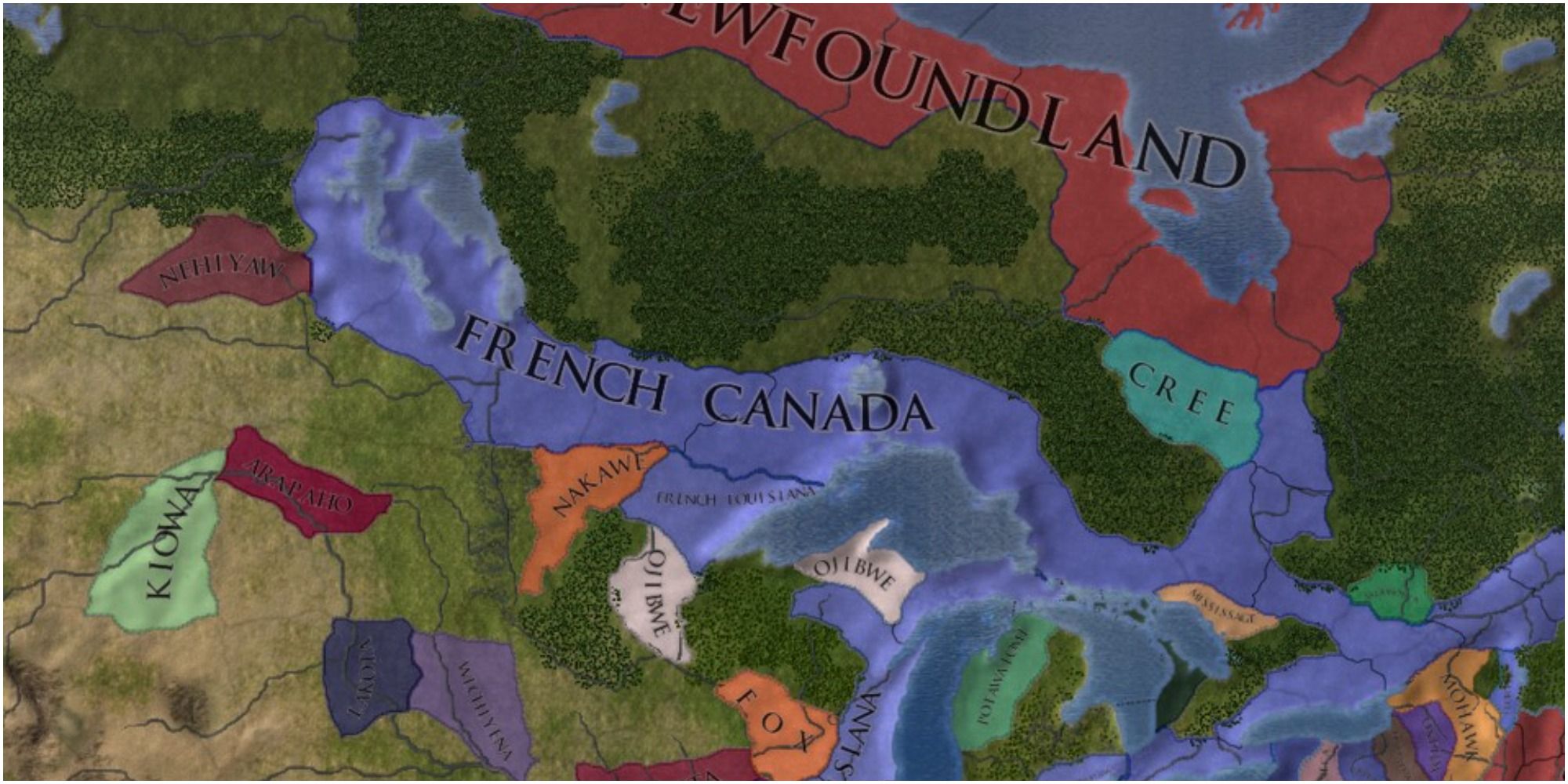 Perhaps out of necessity, the Big Blue Blob is a top choice for colonizing. Portugal, Castile, and England are inevitably going to colonize the New World, and if you as the French player don't, you may get left in the cold against nations that have grown much stronger and wealthier than you. 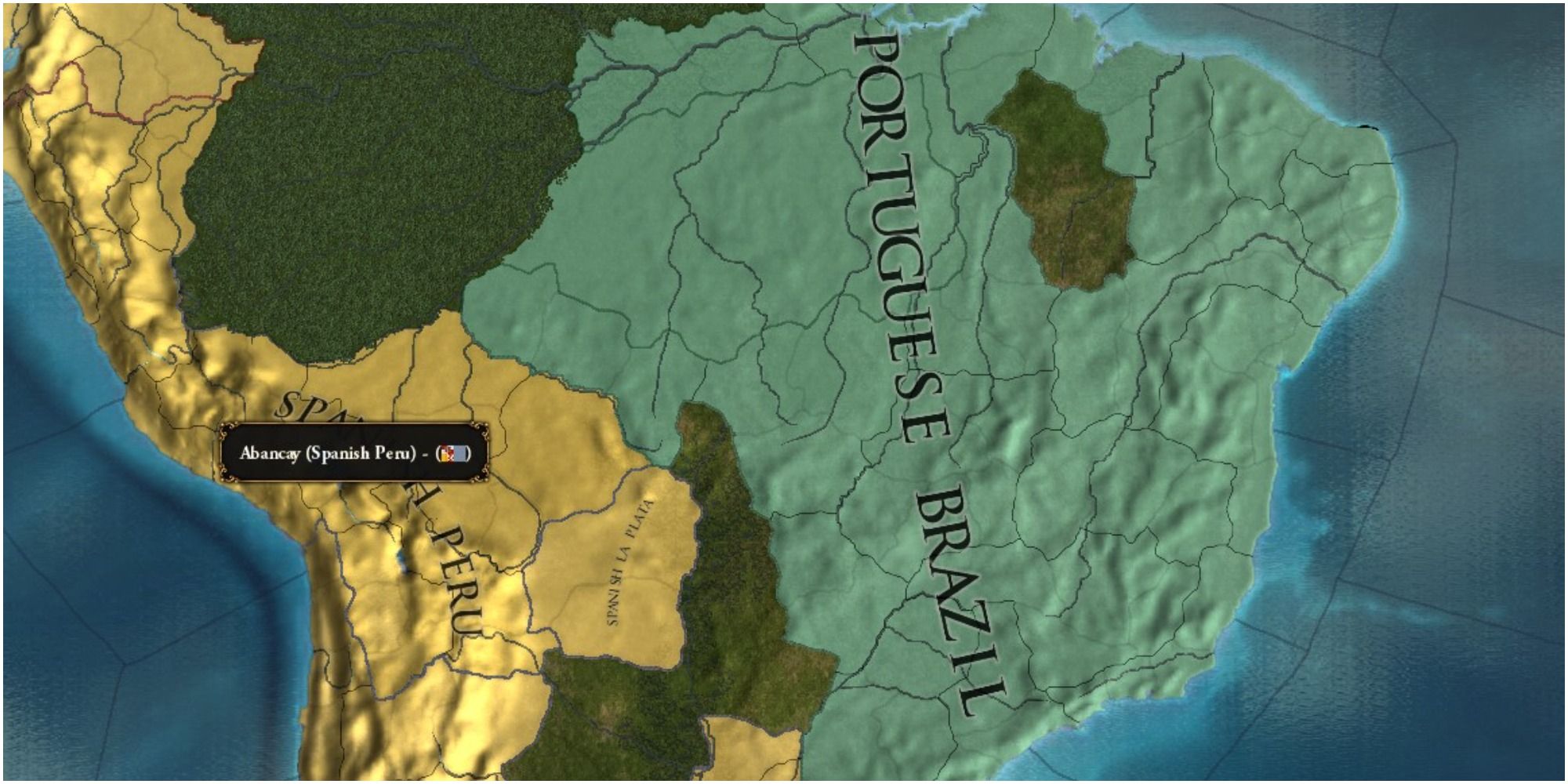 Portugal is many a player's top choice for colonization and for good reason. Portugal starts with a 25 percent bonus to their colonial range, but they're the European nation closest to the New World anyway via the Azores. Your best friend is Castile, which means you have no immediate enemies approaching you on foot. With this shield against most major wars, you as Portugal can focus on building tall and racing toward the New World, which you're almost guaranteed to reach first.

To remain on Castile's good side, you may get mixed up in the Reconquista and in their various squabbles with Aragon and France, but these struggles should largely be inconsequential for you. Focus on your diplomatic Monarch Points to get the Exploration idea group and Quest For the New World idea as fast as possible. 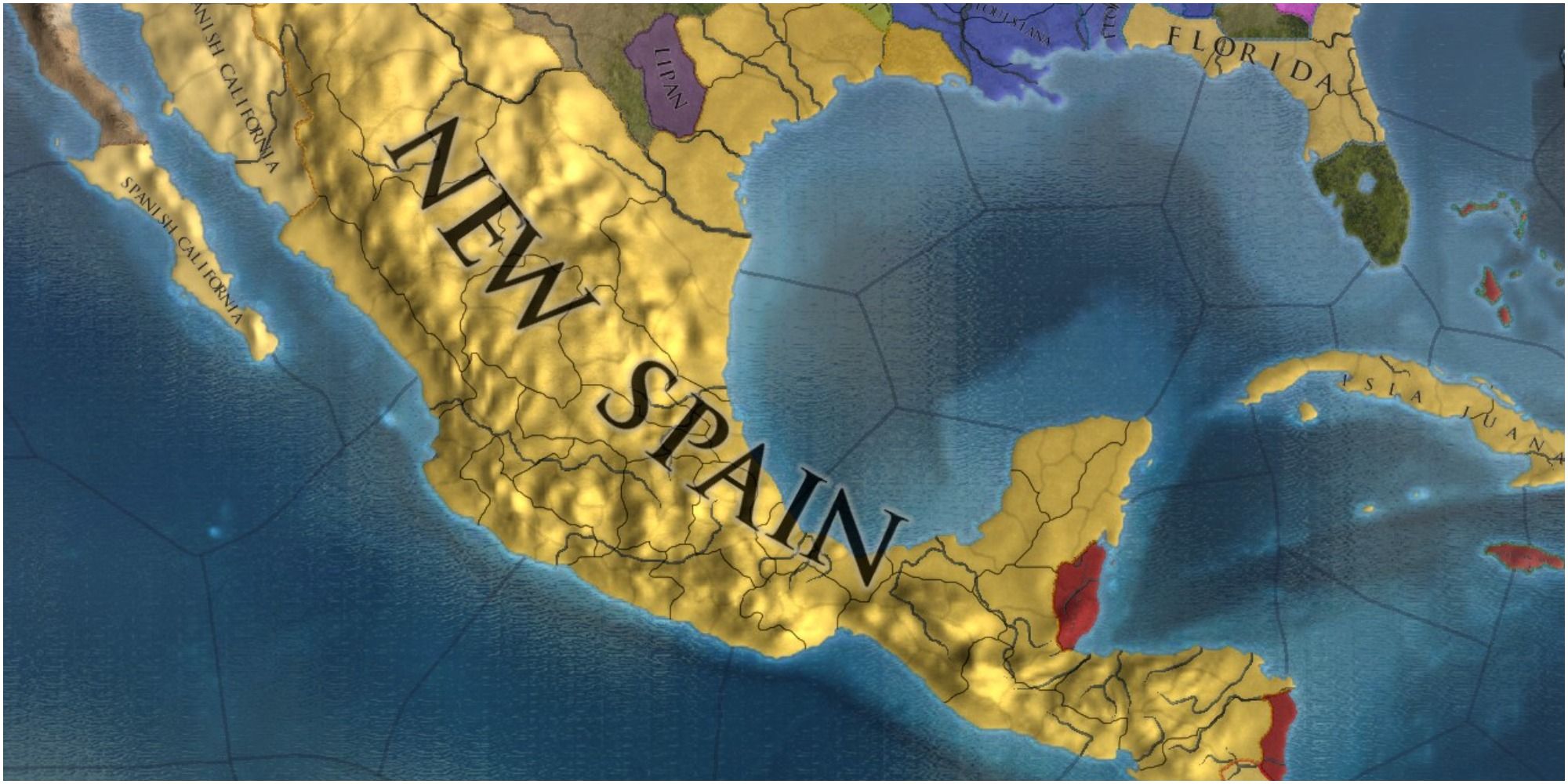 Many may argue that Portugal should be first on this list, but getting ducats early can be difficult for Portugal compared to their Castilian big brother, and that's just enough to put Castile on top.

Castile is a nation destined to colonize, even before it becomes Spain. As Castile, your Global Settler Increase will be improved by +25 (five more than Great Britain, which has to be formed by England later in the game). Castile begins with an extra colonist, too. Additionally, by possessing the Canary Islands at the start of the game, Castile has an early advantage in the race for Africa.

Castile's national ideas are also powerful, particularly Inter Caetera, which allows you to fabricate a claim on any overseas province if it's also overseas for its owner. This is an idea that sticks around even after you form Spain, at which point you'll also get Casa de Contratacion, which gives you a 15 percent bonus to global tariffs and cuts your envoys' travel times by 33 percent. That means your colonists will get to and from colonies much faster than other nations'.