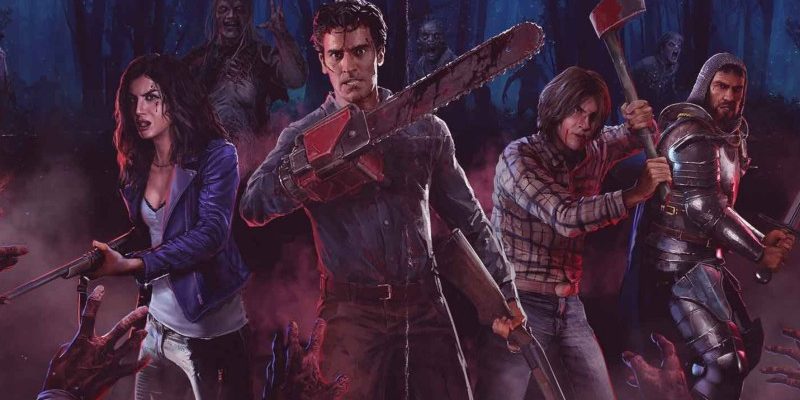 In a year rife with delays, Evil Dead: The Game has hopped atop the growing pile. Although the adaptation of the popular film and TV franchise never had a concrete release date, it was projected to launch sometime later this year. That’s no longer the case, as developer Saber Interactive announced on Twitter that it will now launch the game in February 2022.

As reported by GameSpot, the announcement states that the team needs extra time to give Evil Dead the polish it deserves. Saber also states that they’ll use the time to work on a newly revealed single-player mode. Up to this point, Evil Dead has been presented as an asynchronous multiplayer horror game in the vein of Dead by Daylight. Players take control of iconic characters such as Ash to work together to take on player-possessed monsters. Single-player will allow players to enjoy the game without buddies in tow, but Saber didn’t divulge further details. However, the studio did tell fans to expect new character updates, a new gameplay video featuring Cambell, and pre-order information in the near future.

Evil Dead: The Game will be releasing in February 2022
Hey groovy gamers, we’re targeting a new release date to give the team some extra time for polish and to ensure this is the ultimate Evil Dead experience you’re all waiting for! pic.twitter.com/c5I4OSQshA

Evil Dead: The Game was first announced during the 2020 Game Awards and resurfaced as a part of this year’s E3 festivities. The game draws inspiration from the Evil Dead movie series (minus the 2013 sort-of-reboot) and the Ash vs Evil Dead TV show. It’s worth noting that a new film, Evil Dead Rise, is slated to premiere on HBO Max in 2022. With the game now launching the same year, the change in release date may prove even more beneficial if the new movie generates a renewed excitement in the franchise.

If comments are still showing as disabled, a site update is happening on our side that has caused a temporary takedown. We hope to have them back up and running soon so our community can go back to sharing their thoughts with us about everything gaming-related!