As I've mentioned before, I fell off of Magic: The Gathering Arena last year. After completely devouring both Zendikar Rising and Kaldheim, around the launch of Strixhaven: School of Mages I found myself playing less and less. Tabletop became more appealing, and my newfound love for the Commander format (which isn’t available in Arena) made me log in less often. Though I still checked out each new set and drafted a few times, it felt like me and Arena kept drifting further apart.

The final death knell then came in December with the introduction of Alchemy, the digital format full of ‘digitally-exclusive’ mechanics that drew a line between Arena and the rest of Magic, with the added 'treat' of having cards you own be 'rebalanced' at the drop of a hat. I thought that was it for my Arena career but, fortunately, with the launch of the game's newest format, Explorer, it really feels like life is returning to the game.

Despite how heavily people pushed Alchemy when it launched, the players hated it. They hate how it diverges Arena from tabletop play, how Wizards gives no compensation to people who have their cards errata'd, and how they use it to justify a second full set release to buy between major expansions. Most of all, they hate the impact it has had on one of Arena's most-loved formats, Historic. 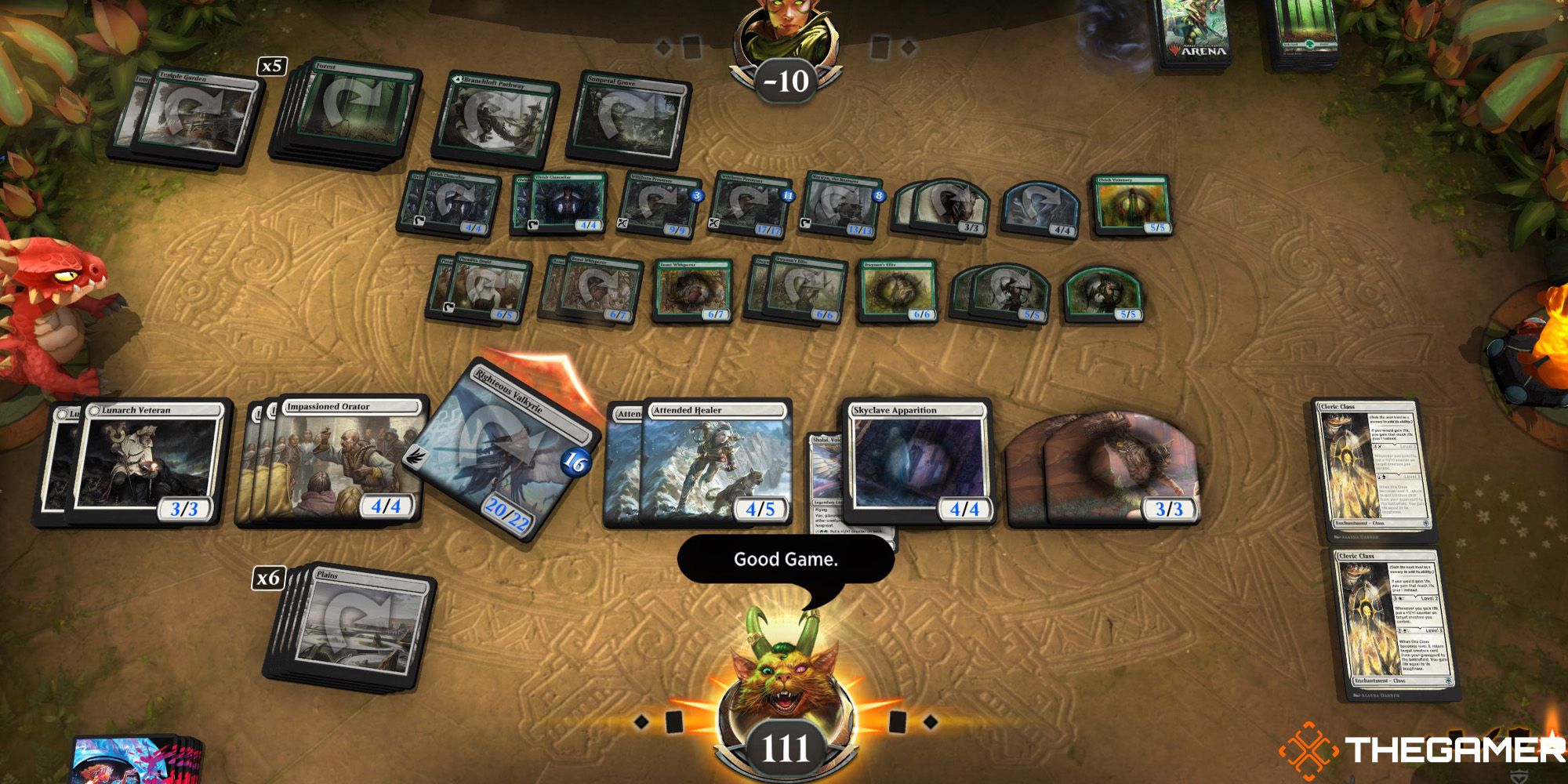 Historic was originally the nonrotating format that allowed you to play with any cards printed in Arena. Once a set left Standard, you were safe in the knowledge that Historic was still there accepting your decks with open arms. It had its own, vibrant metagame distinct from anything else Magic offered, and then it received Historic Horizons, a huge shakeup full of new, digital-only cards that put players off. The final nail in the coffin came when Alchemy popped up and Historic switched allegiance from being the place for old Standard decks to the place for old Alchemy decks instead, digital warts and all.

Fast forward just two months of anger and disgust at everything Alchemy was doing, and we received news that Wizards saw the complaints about Alchemy and the digitally augmented corpse of Historic, and it would be working on a new format to fill the void. A new, 'true-to-tabletop', nonrotating format that would let you play all your cards as they were printed, free from digital errata and Standard rotations. This new Historic came at the end of last month with Explorer, and it is everything I hoped for and more. 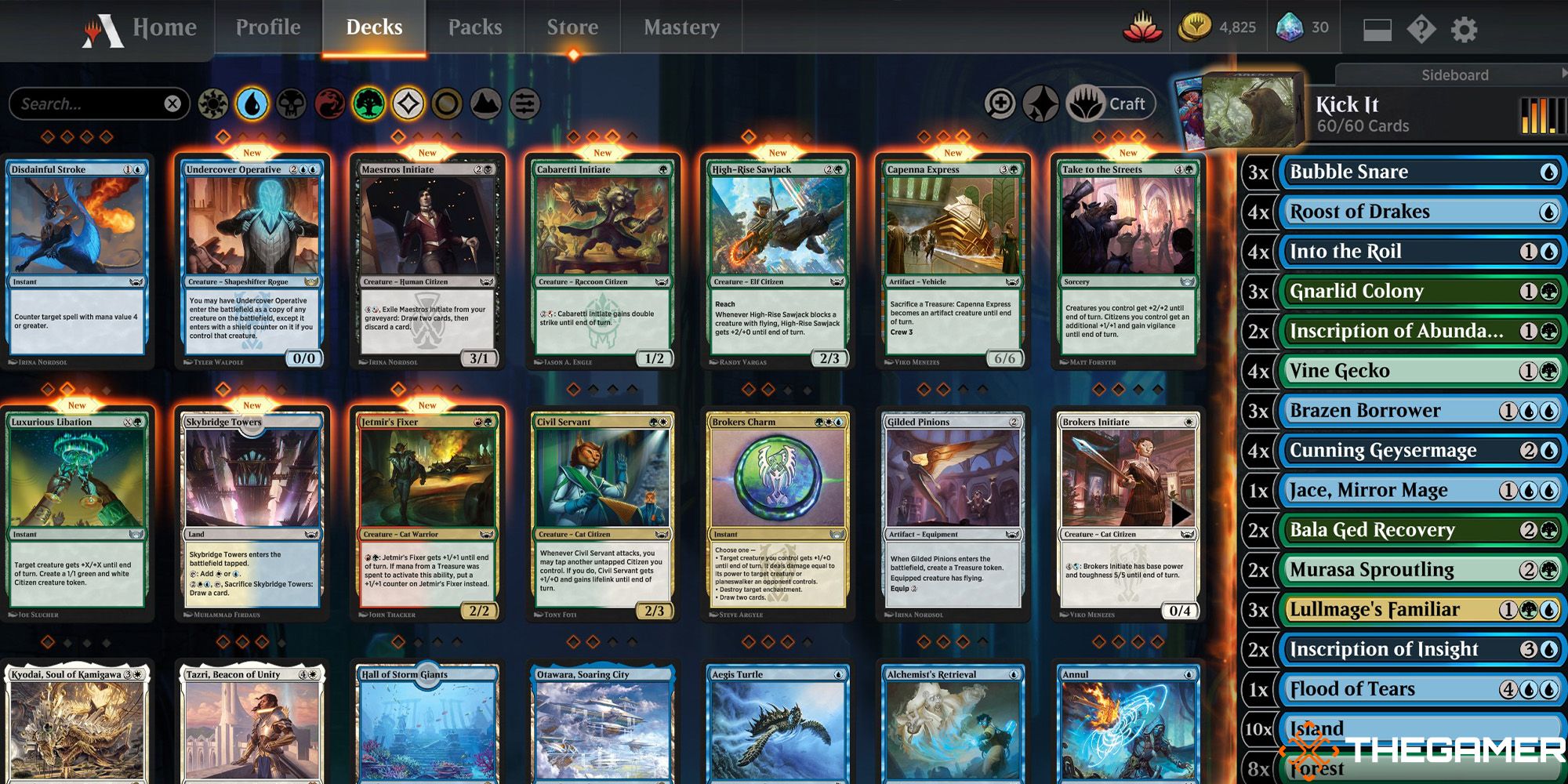 Based on the tabletop Pioneer format, which only uses cards once legal in Standard printed since 2012's Return to Ravnica, Explorer is the true-to-tabletop experience we've been missing for almost 10 months. It isn't hyperbole to say that I've played more Explorer in the last week than I had any kind of Magic: Arena in the year before it.

Once Historic went digital-only, the only way you could play tabletop Magic through Arena was in Standard. And, as Standard rotates cards out and relies heavily on keeping up with each set, falling behind can effectively shut you out of the game entirely. Now that Explorer is here, all those cards I effectively lost access to after they left Standard are suddenly available again. I've been jamming with my old Simic Kicker and mono-white Lifegain decks and having an absolute blast, while also dreaming up new decks I can try knowing I already have the cards for them.

More than just the cards I already own, Explorer is reframing the newer sets for me. Streets of New Capenna wasn't just another set I let slip me by as I struggle to catch back up with Standard, it was an injection of fun new tools into this new format I already love. The same can be said for all the events, drafts, and sales; I don't feel an anxiety or FOMO about new sets, because Explorer gives me the reassurance that I can collect them at my own pace without the pressure of an errata or rotation looming over me.

The best thing about Explorer is that we already know where it's going in the long term. Wizards has already confirmed that Explorer is only a stopgap as it introduces the cards to make it into a true Pioneer format in Arena. Pioneer is in a fantastic place right now (it's one of three formats to have preconstructed decks made for it, alongside Standard and Commander), and is picking up more fans than ever before. Having a format like Explorer come pre-baked with the promise that it's going to turn into an even better format over time is fantastic.

Knowing the plan is to make Explorer into it without the risk of it going the same way as Historic makes me feel refreshingly secure in investing in Arena for the first time in months. If you've been meaning to come back to Arena, or want to get into it for the first time, now is by far the best time to give it a go. And it's almost entirely thanks to Explorer.