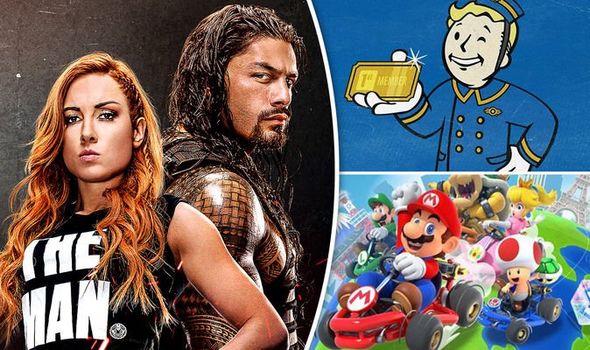 From remakes of beloved games like Resident Evil 2 and Link’s Awakening, to new releases like Sekiro Shadows Die Twice, Outer Worlds and Apex Legends, 2019 was another banner year for gaming. Sony and Microsoft revealed more about their next-gen consoles, the Switch continued to shine, and EA finally released a decent Star Wars game! But it wasn’t all rosy in 2019. Here are the biggest gaming disasters of the year.

The first ‘proper’ Pokemon game on Switch, Sword and Shield should have been a tap in for Nintendo. Unfortunately, however, things began to unravel when it was revealed that past generations of Pokemon wouldn’t be returning for the new release.

It was claimed that support for every Pokemon would have been difficult due to the higher quality animations required for the Switch, although this didn’t appear to be the case when fans scrutinised pre-release footage. Things got so bad for Nintendo and developer Game Freak that launch events were cancelled and review codes held back ahead of release.

Despite the pre-release controversy, Sword and Shield sold by the bucketload, becoming one of the biggest-selling Switch games to date – so perhaps the Pokedex scandal wasn’t that big of a deal, after all.

JUST IN: PS5 fans get a taste of the future with incredible next-gen footage

After a truly disastrous launch, Bethesda kept its head down and quietly went to work improving its live-service money-spinner Fallout 76. The game added lots of new missions, modes and features, including Fallout’s own take on the Battle Royale experience.

The game isn’t perfect and still needs a lot of work, but it was definitely heading in the right direction. Then in one of the most audacious and insulting moves ever, Bethesda announced its Fallout 1st subscription service.

For £11.99 a month or £99.99 for the entire year, Fallout 76 players could pay for the privilege of private servers, unlimited item storage and fast travel – aka things that should have been included to begin with.

Google Stadia is a technological triumph, providing smooth game streaming across multiple devices with the press of a button. A glimpse of the future, Stadia needs a lot of work before it becomes a viable threat to the likes of Sony, Microsoft and Nintendo.

A confusing pre-release message, a lack of compatible devices and a lacklustre launch line-up didn’t exactly endear it to the masses, although it’s the pricing model that’s really turned people off.

You can pay £8.99 a month to subscribe to Stadia Pro – which is a bit like PS Plus in that you get free game(s) each month – or pay over the odds to buy a game that you’ll only own for as long as Stadia exists. Fortunately there’s a free tier coming soon, plus more compatible devices.

Nintendo’s mobile offerings have been really hit and miss over the past few years. Colourful, charming and addictive Nintendo games have been let down by high price tags (in the case of Mario Run), cynical monetisation and a lack of offline play.

Nintendo sunk to a new low with the launch of Mario Kart Tour, which features the full gambit of monetisation. It has its own overpriced premium currency, loot boxes and a laughable £4.99 monthly subscription tier that costs the same as the excellent Apple Arcade.

Granted, there are worse games and greedier companies in the mobile space, but we expect more from Nintendo.

The Epic Store aggressively took the battle to Steam in 2019, shelling out big bucks for exclusivity deals left, right and centre. While this is good news for developers – who make more money upfront  and enjoy a greater cut of the profits – it hasn’t gone down well with fans.

Fans have bemoaned the lack of features on the Epic Store compared to Steam, while others are annoyed at the splintering of their PC gaming libraries.

Worst of all is when games have previously been advertised for pre-order on Steam, only to become Epic Store exclusives closer to launch. The same is true for crowdfunded games, some of which have alienated backers by ditching Steam for Epic.

Fortnite didn’t become one of the most popular games of all time by accident. From weekly content updates and challenges, to new skins, rewards and huge map changes, Fortnite developer Epic knows how to shake it up and keep things fresh.

Never was this more evident when season 10 came to an end in the most spectacular fashion imaginable, as the entire map was sucked into a black hole. For the next 36 hours fans were greeted by nothingness, as Fortnite remained offline and in the void.

It was a bold move by Epic Games, and one that ultimately paid off, as Fortnite’s Blackout became one of the most-watched and talked about pop culture events of the decade. Indeed, this is a disaster only because fans were unable to play Fortnite for almost two days. Thankfully the game returned with Chapter 2 and a brand new map, and all is right in the world once again.

Much like WWE’s weekly programming, the WWE 2K series has been in decline for quite some time. The latest release is as bad as it gets, scoring just 42% on Metacritic for PS4, Xbox One and PC.

The kinder reviews praised the wealth of content available to players, but that’s about it. The negative reviews criticise the game’s visuals, gameplay and wealth of technical bugs and glitches.

And this gaming disaster shows no sign of abating in 2020. Indeed, the game suffered some kind of Y2K-esque bug when the clock struck midnight on January 1, 2020. Game modes stopped working and the game crashed, leaving fans unable to login and play.