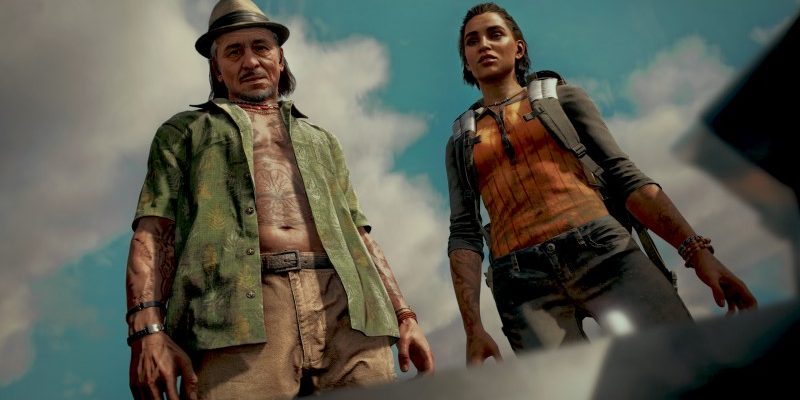 Far Cry 6 places you on the front lines of a revolution. Yaran president Antón Castillo (played by Giancarlo Esposito of Better Call Saul and Breaking Bad fame) is manufacturing an impressively potent cure for cancer, Viviro. However, he’s utilizing labor camps and tyranny to assist with the production of the substance. Your job as Dani Rojas is to bring his totalitarian regime to its knees. Of course, the hustle and bustle of real life might halt this action-packed process. But if you take too long to topple Castillo, he’ll send personalized emails that taunt you for not beating the game, as reported by IGN.

A lot of games are already ruthlessly designed to maximize engagement, but now they email and hassle you if you dare to stop playing them. pic.twitter.com/TRIsV4jnZP

‘El Presidente’ filled Brandon Sinclair’s (managing editor for GamesIndustry.biz) inbox with call-outs. Pictured above, Castillo says “It was amusing watching you fail” and “Hola, Rojas. I wanted to thank you for giving me free rein in Yara. Take it easy and know that Yara is in capable hands.” In the second email, “Surely you can do better than this,” and the time played take up a majority of the message, reminding Sinclair, and others, that there’s still a lot of work to be done.

Sinclair was less enthusiastic about the mockery. He emphasized that players shouldn’t be demonized for not completing games, “A lot of games are already ruthlessly designed to maximize engagement, but now they email and hassle you if you dare to stop playing them.” However, commenter Illigalsesi Gaming revealed that Castillo will also notify you of your progress if he starts to feel threatened by the revolution. The images below show just that:

They also do it if you play pic.twitter.com/7D1mEg6KDS

As you can see, Ubisoft also informs you of the checkpoints you’ve captured and the total number of kills you’ve amassed. Of course, the Yaran president will try to get in a jab or two even if he feels that you’re weakening his influence.

Have you received any Far Cry 6 emails from Castillo? If so, attach your screenshots in the comments section!