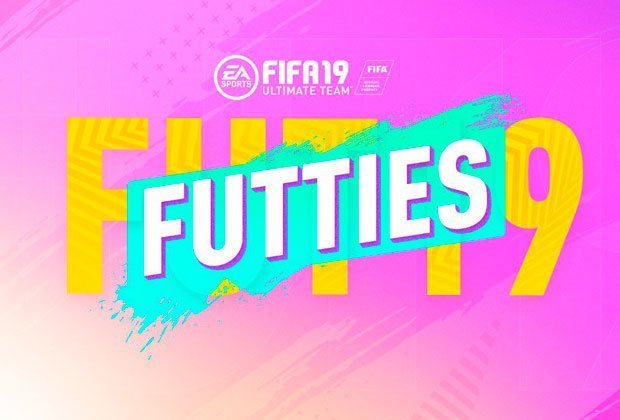 EA Sports has announced the details for their latest FIFA 19 Futties Event, along with the first three player nominees which PS4, Xbox and PC players can vote on.

We’ve got full details along with which three players are up for the first round of FUT upgrades, on the link above.

Unlike virtually every other FIFA 19 Evente, this time there’s no FUTHEAD or FUTBIN Predictions to look towards ahead of EA Sports latest event going live.

So for the time being, we’re going to turn our attention to one of the games prominent content creators (via Dexerto).

Here’s who @KieronSFF‘ believe’s could be selected in the FIFA 19 FUTTIES Ultimate Team Event:

Should Have Got a TOTS (Team of the Season)

Original Story – FIFA 19 just announced another event for the continually popular football game, and best of all the event isn’t eon’s away, but coming later today at 6pm!

The final hurrah for the game is the tried and tested FUTTIES event, which has been around (in some form or another) since FIFA 15.

Essentially players will receive pink in-form cards based on a series of votes by you, yes you, the FIFA 19 community.

“This limited-time FUT event celebrates the best of everything in FUT 18 by bringing back some of your favorite player items and Squad Building Challenges (SBCs) from throughout the year, as well as brand-new content to help upgrade your squad.”

Earlier today, EA Sports confirmed Futties will return, along with a list of whats going down.

“FUTTIES start today at 6 pm UK” EA told their fans before sharing a list of what features would return. This included: “Re-releases of special items from select campaigns, Re-releases of popular SBCs, FUTTIES voting and upgrades, Engagement reward pack”

More details for the event are coming at 6pm, so you can bet we’ll be sharing those with you in the minutes that follow.

For now, read on, we’ll give you some more info into how futties worked last year. It’s not guaretneed to be the same, but you can imagine most of it will be similar this year.

There have been some incredible player items released in FUT events this year, including a few that probably got away from you when they were live. But don’t worry, because you’ll have another opportunity to get some of those items again! During the FUTTIES, selected Best Of Campaign Content player items may be found in FUT packs and through special SBCs as those player items will be available in the FIFA 18 Ultimate Team mode database.

The different Best Of Campaign Content items will be released at various times throughout the FUTTIES, and the best of all campaigns released through the year, excluding Team Of The Year, will be in packs.

Miss out on some of the many excellent player items that were only available for completing SBCs during a FUT campaign? Now you have another opportunity to complete those SBCs and snag those players for your FUT squad.

During the FUTTIES, players who log in to FUT will be rewarded with an untradeable pack based on their number of session days in FUT 18. You must log in to claim your pack at any time during the FUTTIES event.

Throughout the FUTTIES, players will also receive a weekly reward (untradeable) based on their activity during the event.

Your votes will decide who wins the FUTTIES! When you log in on specific days during the event, you will receive the three FUTTIES Nominee items. Submit one Nominee item (out of the three) to that day’s special SBC to cast your vote for the player you’d like to see win a FUTTIES item. The most-submitted player from that day will get a FUTTIES Winner item with a ratings upgrade on the following day, only available by completing the Winner SBC.

Completing the Winner SBC is the only way to get the Winner item, Nominee items DO NOT get an automatic upgrade.

There are nine total categories for the FUTTIES: GK, LB, CB, RB, CM, RM, LM, ST, and Fantasy Positions. The Winner item for one category will only be available through completion of a Weekly Objective*.

Note that the Nominee items only have base ratings and will not receive any upgrades if the player also gets a Winner item.

One of the most popular FUT events is back for this year’s FUTTIES — with a twist. End of an Era SBCs are returning, but they aren’t just for recognizing great players that are retiring. Instead, this year’s End of an Era players are simply being honored for their legacies at the clubs that made their careers. Some players are retiring, but others are simply moving on — it’s literally the end of an era for these club legends.

Join us in celebrating these players as they receive End of an Era items with upgraded ratings, and add them to your FUT squad by completing their limited-time SBC. Every player will also get a loan item that can be obtained by completing an SBC with lower requirements, in case you’d like to try out one of players first.