Another player included in the FIFA 19 TOTW 27 starting 11 is PSG star Angel Di Maria while Wayne Rooney is a substitute.

FIFA 19 TOTW 27 – UPDATE ONE: FIFA 19 fans will soon find out the latest Team of the Week line-up for Ultimate Team and the new inbound FUT cards.

An announcement on the FIFA 19 TOTW 27 squad is due at 3pm UK time today – stay tuned to Express.co.uk to find out the full line-up.

You can also check out predictions below on which Premier League players could get included in FIFA 19 TOTW 27.

ORIGINAL: FIFA 19 TOTW 27 Ultimate Team squad is set to be revealed by EA, with fans soon finding out about the latest inbound FUT cards.

FIFA 19 TOTW 27 will see the 23 most in-form players at the moment rounded up into one fearsome squad.

These players will get a FIFA 19 stat boost for their FUT card from EA based on how well they have performed in real-life fixtures.

The latest FIFA 19 Team of the Week squad is set to get revealed by the official FIFA Twitter at 3pm UK time. 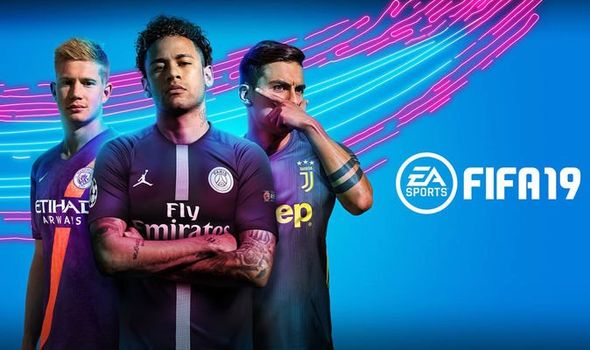 The FIFA 19 FUT cards will then go live at 6pm UK time today, and Ultimate Team fans will able to get them in Gold, Silver or Bronze packs as per usual.

Until then the FIFA 19 TOTW 26 line-up will be available – which featured three Premier League players in the starting 11.

Futhead have given their predictions for the FIFA 19 TOTW 27 line-up, and they’re expecting two Premier League players in the starting 11. 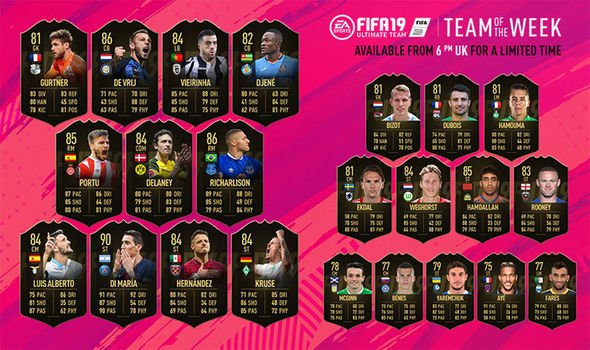 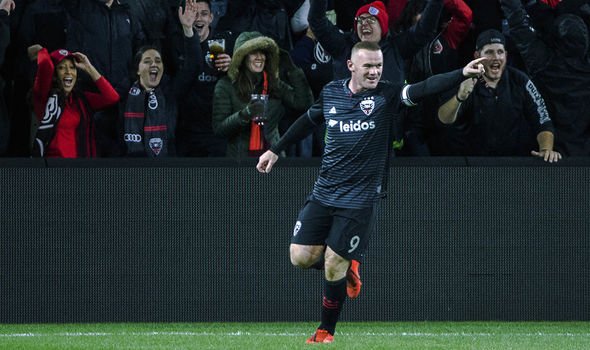 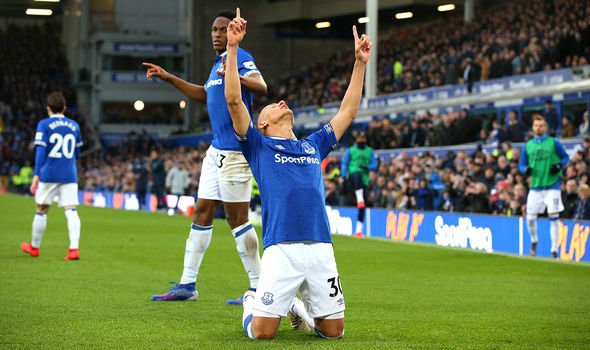