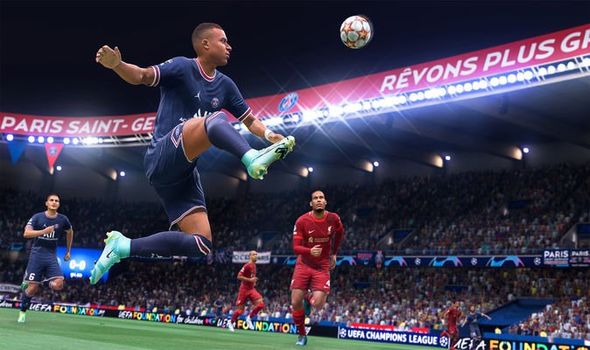 There are different ways to play FIFA 22 early this year, and one of the easiest is pre-ordering the Ultimate Edition.

The big drawback with the FIFA 22 Ultimate Edition is that it’s only available for £89.99 on PlayStation devices, Xbox consoles and PC.

That’s a lot more than the standard version of the game, and there are other ways to play some of FIFA 22 early.

Early Access offers can also be found if you own EA Play or subscribe to Xbox Game Pass Ultimate.

These are time-limited, meaning you will only get to play FIFA 22 for up to ten hours on your chosen platform.

The good news is that if you want to skip all of these convoluted release dates, there is also a final launch schedule to follow.

WHAT IS THE FINAL FIFA 22 RELEASE DATE IN THE UK?

Developers EA Sports has confirmed that the final FIFA 22 UK release date has been set for Friday, October 1, 2021.

This means that if you have skipped all other versions of the game and are waiting to buy the standard edition, you will get access on October 1.

No set release time has been shared but there’s a good chance you will get to start playing at around Midnight BST.

An earlier message from EA Sports reads: “Start your FIFA 22 season early with EA Play! Get on the pitch first with a 10 hour trial of FIFA 22 from September 22 – eight days before launch on October 1 – and start building your FIFA Ultimate Team squad, creating your new club in Career Mode, or hitting the streets in VOLTA FOOTBALL, with all progress you make carrying over to the full game.

“As an EA Play member, you’ll get the first shot at early access challenges in FIFA 22 Ultimate Team and VOLTA FOOTBALL between September 23 and September 30.

“You’ll even unlock a library of top titles you can play as much as you want, whenever you want, along with 10% off EA digital purchases including FIFA Points and FIFA 22 pre-orders.”

Anyone who starts playing now can also enjoy the new Ultimate Team mode, including the first TOTW Squad to challenge.

As with previous games, FIFA 22 is expected to receive new FIFA TOTW squads every seven days, with the next expected to launch before October 1.