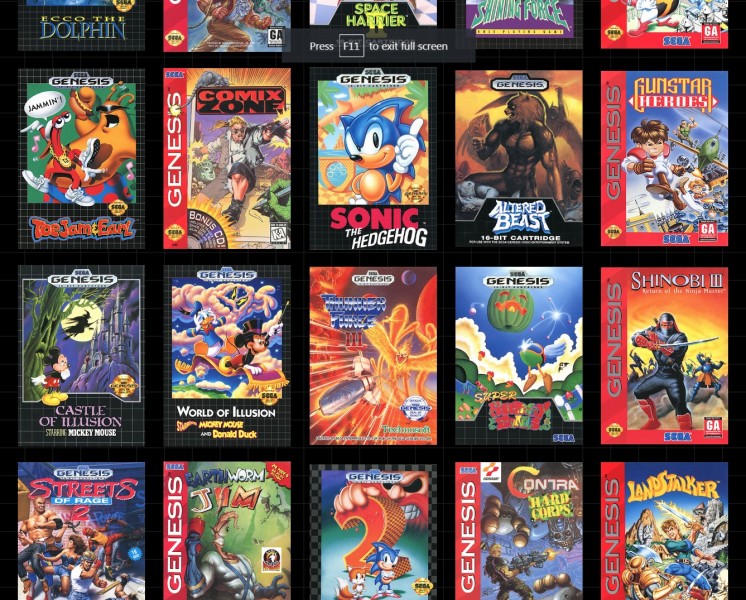 It’s only been a few months since Sega unveiled the revamped Genesis Mini, their own take on the minconsole that they spent the last two years making sure they got completely right. One of the important factors in nailing the concept is the game library, which Sega has slowly drip-fed out since announcement. Now we finally have the last 12 games, rounding out the full library of 42, with a surprising addition.

The newly-announced games are in bold.

Tetris is a shocking addition, much like Star Fox 2 on the SNES Classic. For those who don’t know, Tetris was fully developed by Sega and an actual production run for the game started when some licensing issues halted the intended release. Supposedly, only 5-10 copies of the game exist, with Sega having likely ordered the entire first production run destroyed but some employees having managed to sneak some out. One copy signed by Tetris creator Alexey Pajitnov had an asking price of $1,000,000 at auction; it did not sell anywhere near that amount, for the record.

The last 12 list also includes the Genesis version of Strider, which is commonly considered the best of the games based off the original arcade release. I’m also surprised anyone besides me remembers Alisia Dragoon, that game where you equip dragons and they follow you around and fight enemies for you.