Machinist is one of the many DPS jobs available in Final Fantasy 14, allowing players to wield experimental ranged weapons in their fight against the forces that threaten Eorzea. As one of two ranged physical DPS classes in the game, Machinist plays a unique role in group content and has access to a wide range of abilities that can quickly turn the tide of any encounter.

Machinist is one of the most exciting jobs to play in current content, using guns, turrets, and mechanical buddies to take down enemies, relying on a long rotation of weapon skills and powerful off-global cooldown abilities. With a bit of practice, Machinist is an intuitive class for players who favour engaging the enemy at a distance.

How To Unlock Machinist 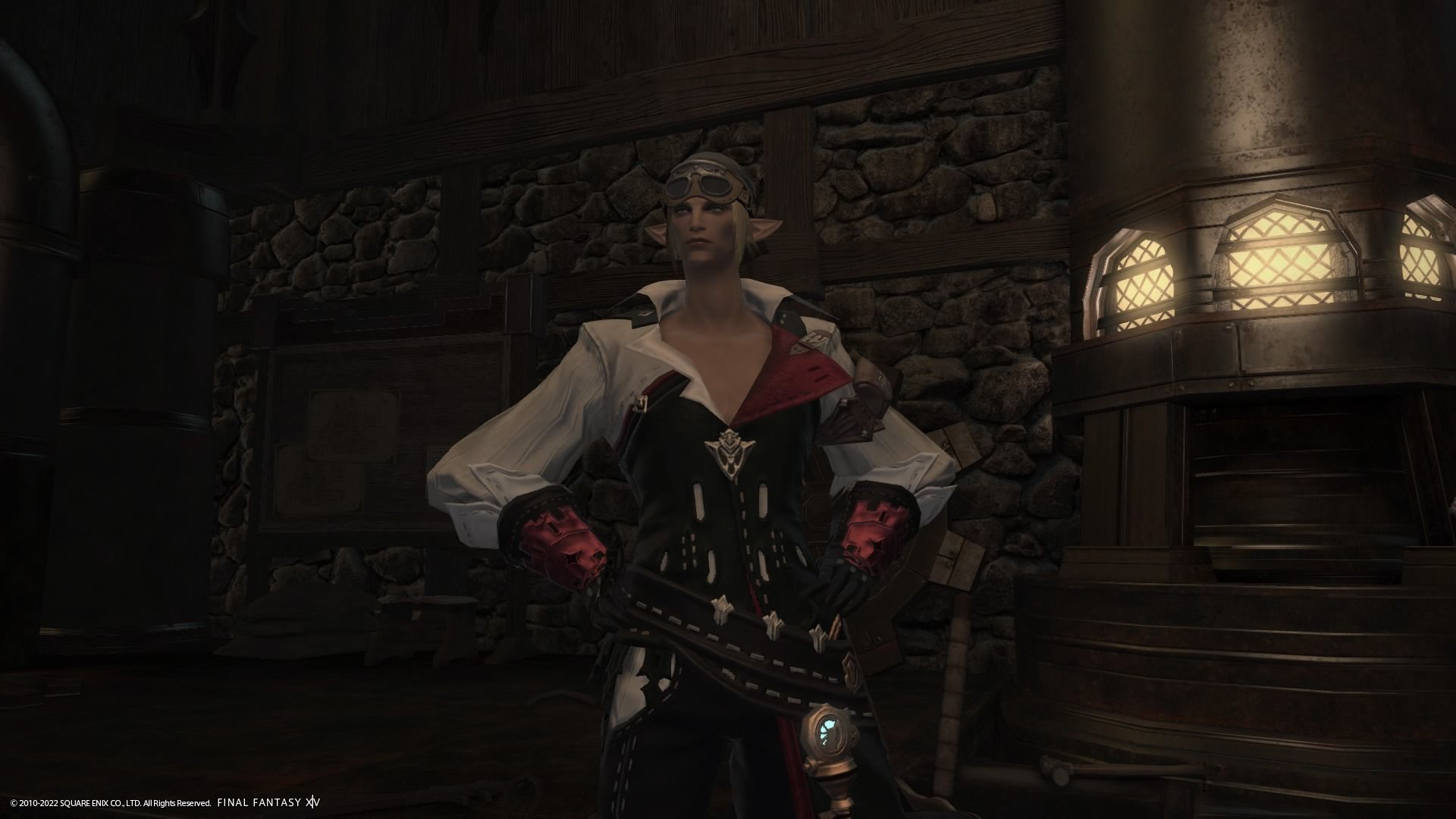 As one of the classes introduced with the Heavensward expansion, Machinist cannot be played from the beginning of the game. Instead, players will need to reach level 30 in any Disciple of War class and be playing on an account that has paid for the Heavensward expansion. You must also complete all the Main Scenario Quests in A Realm Reborn before this job can be unlocked.

After these criteria have been met, players can unlock Machinist by talking to the NPC Stephanivien in Foundation (X:8, Y:10). This will begin the first Machinist Job Quest. Completing this quest will unlock the Machinist job and give you a basic set of gear to equip. From this point onwards, Machinist Job Quests will be available from various NPCs every few levels between levels 30 and 80.

How To Play Machinist 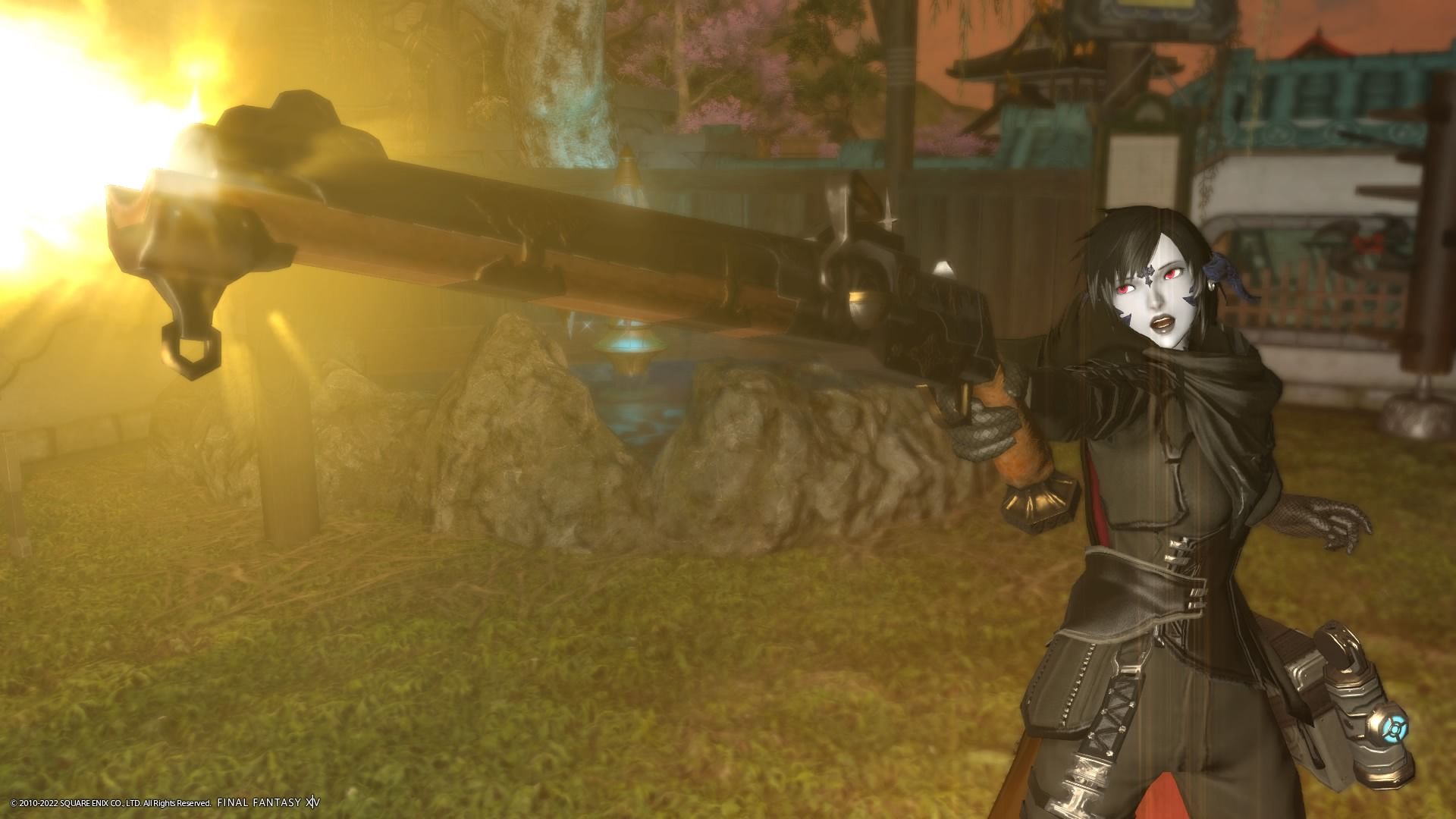 As with other DPS classes in Final Fantasy 14, playing the Machinist class effectively involves uninterrupted execution of a long combo of weapon skills and selecting the right off-global cooldown skills to weave into the rotation between each weapon skill.

In addition to managing this rotation of skills, Machinists must also be mindful of other factors such as their distance from the enemy and their unique Job Gauges, which monitor Heat and Battery – two meters that the Machinist builds throughout their rotation and subsequently uses to execute high-potency attacks.

A good Machinist is always pressing buttons to keep a consistent damage output and must be willing to make quick decisions to react to the enemy using their array of instant-cast abilities.

The Machinist has two bars in their job gauge that they should be aware of at all times. The first of these is the Heat Gauge, an orange meter that measures how close the Machinist is to being able to use specific abilities such as Hypercharge, a useful potency increasing buff, and Heat Blast, a useful 180 potency attack instant attack that can only be used under the ‘Overheated’ status granted by Hypercharge.

Many of the weapon skills that Machinists use in their basic rotation will add Heat to the Heat Gauge. You should aim to use Hypercharge whenever it’s available and get as many uses of Heat Blast within the eight-second Hypercharge window (the maximum is five uses) whilst weaving off-global cooldown skills such as Gauss Round between them.

The second gauge that Machinist must pay attention to is the Battery Gauge, which shows how close the Machinist is to being able to use abilities that summon mechanical companions that assist in combat, such as the Rook Autoturret and the Automaton Queen. These skills are powerful, and Automaton Queen can be used to execute further powerful attacks like Pile Bunker, which does a massive 680 potency worth of damage.

Keeping an eye on these gauges and keeping track of the timing of all possible abilities is one of the essential elements of Machinist. High-end Machinist rotations are built around when you can use Hypercharge and Automaton Queen to maximise damage at the right moments! 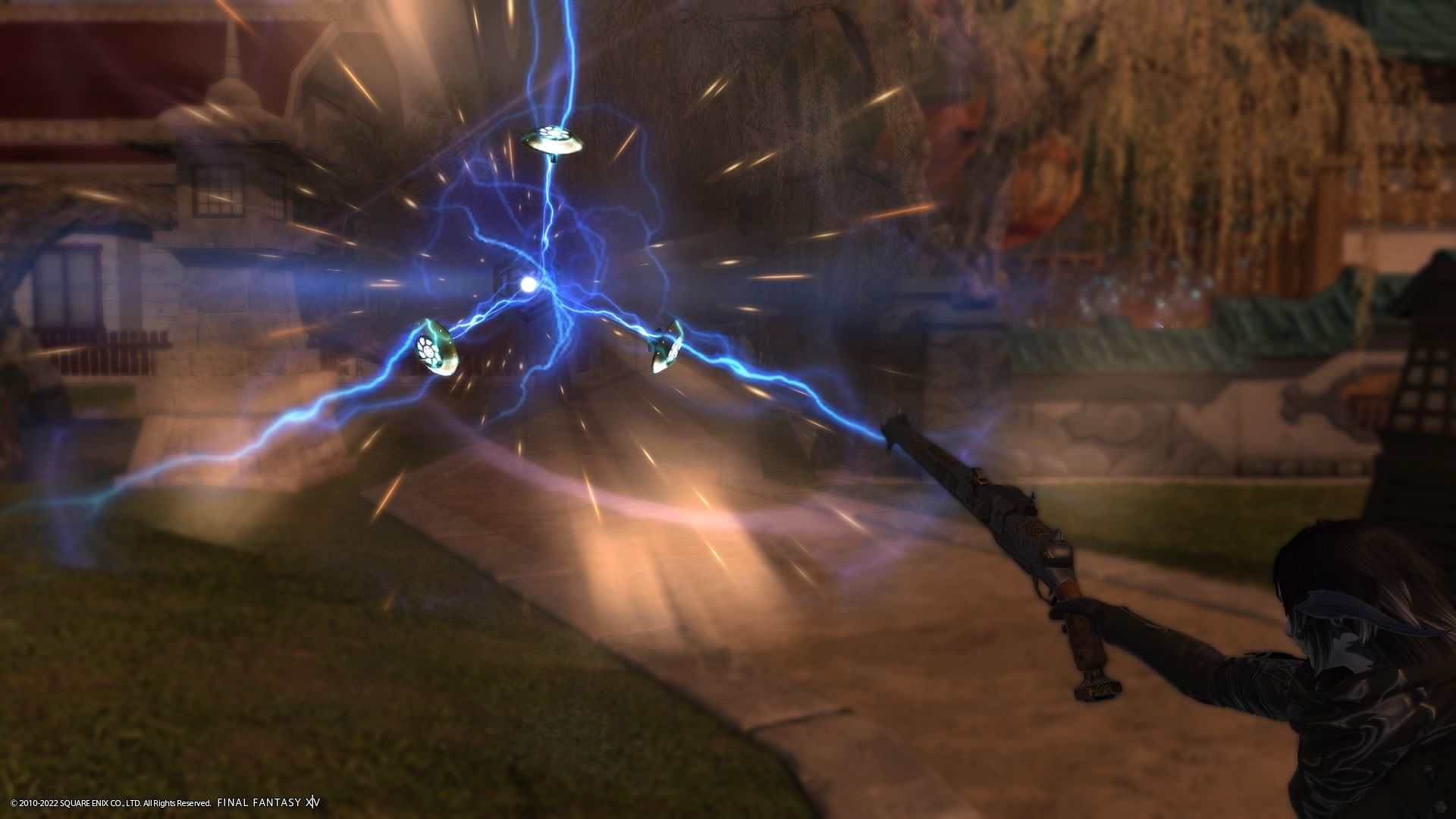 During the early levels of Machinist, your basic rotation should be focused on building up your Heat Gauge using weapon skill attacks and then doing as much damage as possible during the brief Hypercharge window using Heat Blast. To start with, you should use one of your charges of the instant cast ability Reassemble, as this guarantees an immediate critical hit.

The basic combo that lies at the heart of all Machinist rotation starts with the skill Split Shot, continues with Slug Shot and ends the combo with Clean Shot. At level 54 and above, these actions eventually become upgraded in the form of Heated Split Shot, Heated Slug Shot and Heated Clean Shot.

This three-button combo can be used to build up the Heat Gauge at early levels gradually. In the cooldown period between these weapon skills, you can integrate off-global cooldown abilities to add extra damage. These abilities are explained in the table below.

At higher levels, you can start to build your basic rotation around higher-potency skills with longer recast timers. Namely, the weapon skills Drill, Chain Saw and Air Anchor, which can be used in rapid succession to ensure their recast timers are close together. During the time when these skills are unavailable, you can continue with the basic three-button combo described above, weaving in off-global cooldown abilities throughout.

For dealing with multiple enemies, Machinist also has access to a set of versatile AoE attacks. Chainsaw, Bioblaster, Flamethrower and Auto-crossbow are all useful for dealing with more than one target.

Once you’ve got your head around the basics of the machinist rotations, it’s ideal to understand all the various tools in the off-global cooldown portion of their kit:

A complete rotation considering all the above skills will incorporate regular uses of Gauss Round and Richochet in between each step of the three-button combo, in addition to uses of Barrel Stabilizer to increase Heat as needed. You can also use Wildfire just before beginning a burst window by activating Hypercharge so that the actions taken during the Hypercharge burst window contribute to increasing Wildfire’s potency.

It won’t take long until you have enough battery to deploy Automaton Queen, and it’s useful to summon them roughly once a minute once your battery gauge hits 100. If you keep up your regular combos, you will be gaining enough battery to achieve this going indefinitely. 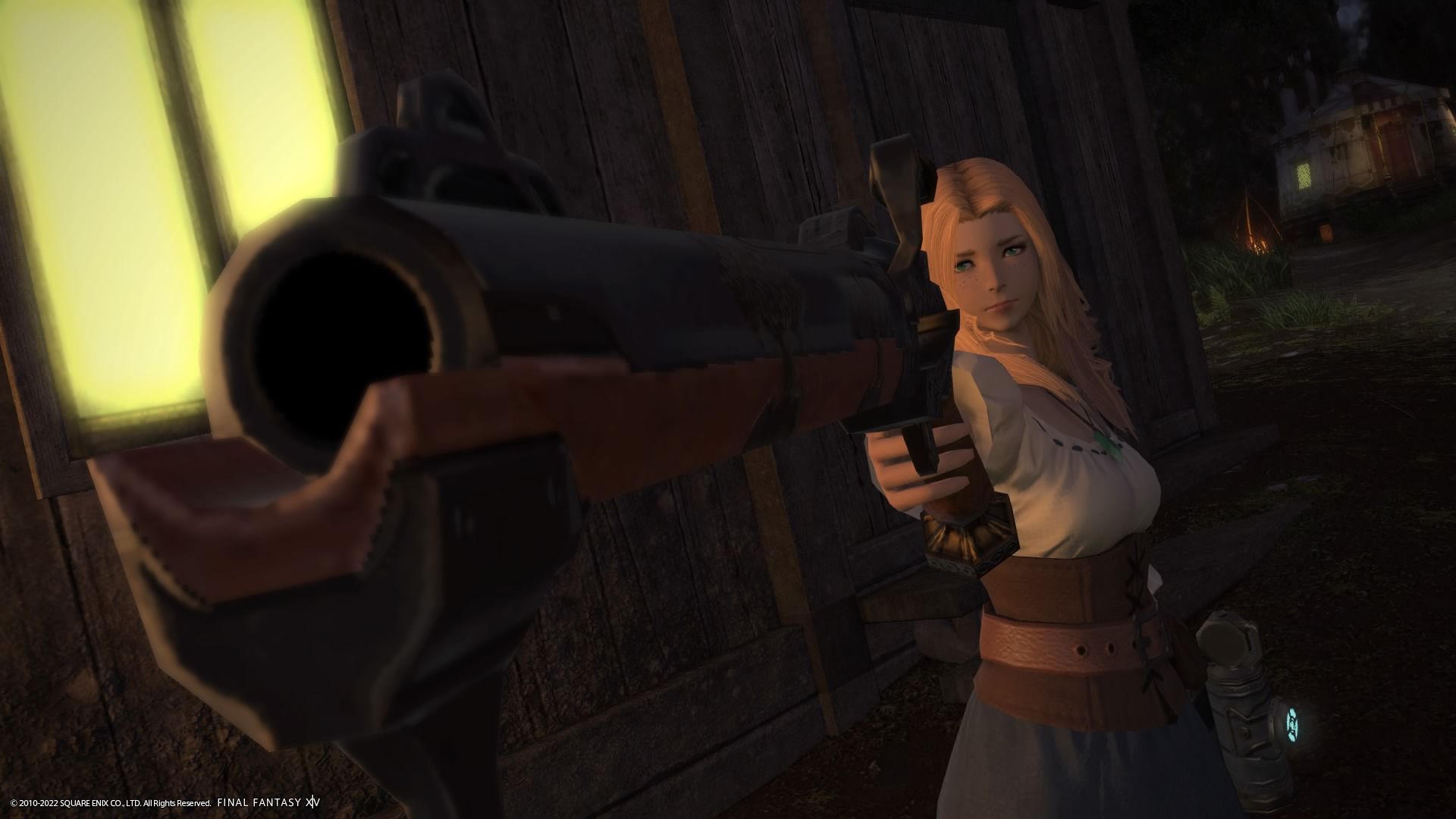 As with other Job classes, the Machinist must complete Job Quests to gain all their necessary skills. These Job Quests are mostly given by NPC Stephanivien in the Skysteel Manufactory in Foundation. Machinist Job quests begin at Level 30 and finish at Level 80. 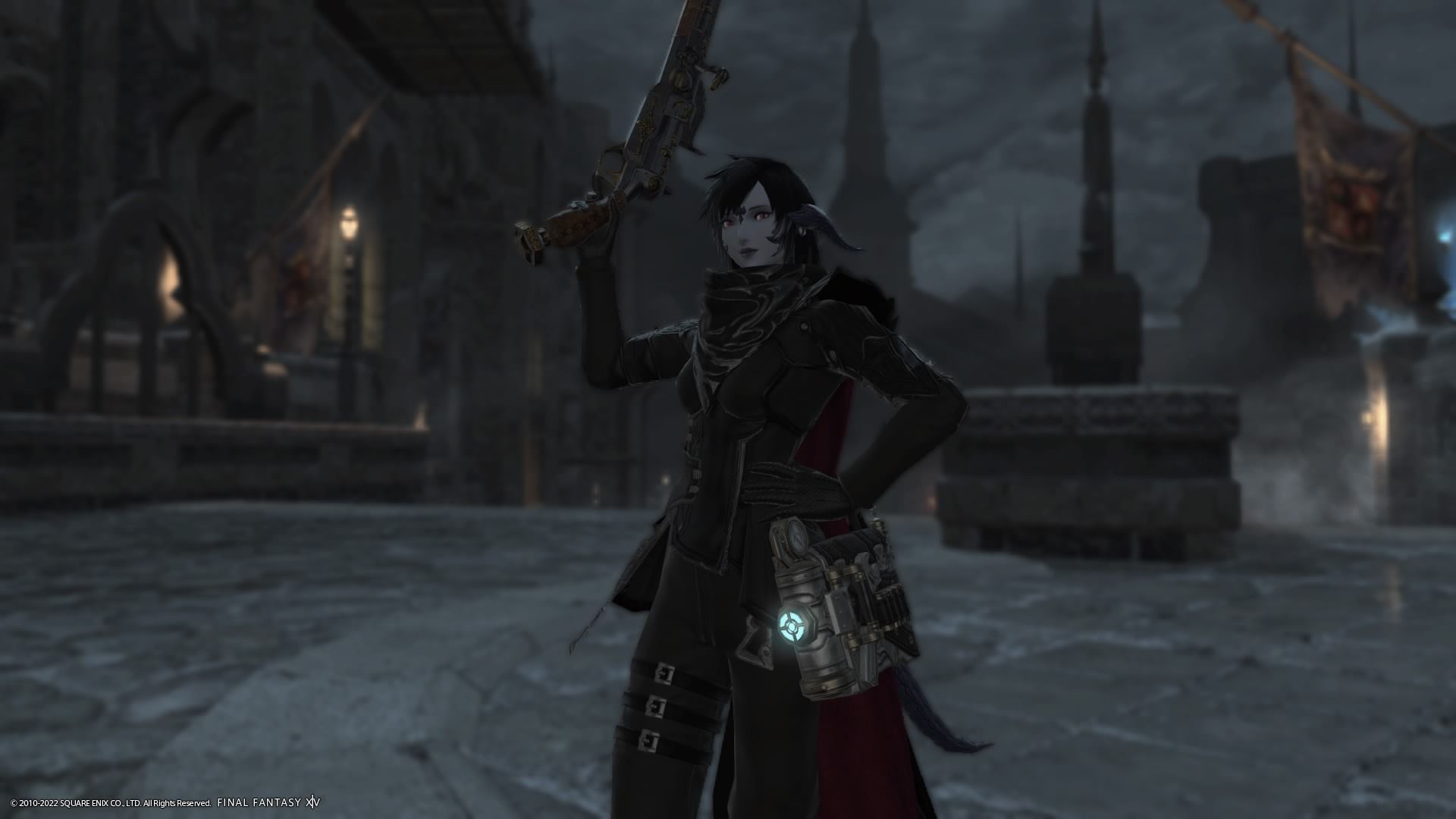 Whilst levelling Machinist, you’ll want to find and equip ‘Of Aiming’ gear. This armour will raise the stats Dexterity, Critical Hit, Vitality and Skill Speed.

Once you’ve reached level 90 and have gotten the gear you’re going to stick with for a while, it’s time to meld some materia.

For Machinist, you’ll want to meld materia that raises Critical Hit and Direct Hit as a priority, as these will increase your overall weapon damage output. For a third stat to meld, you can go with Determination or Skill Speed, which will increase your physical damage and global cooldown reduction respectively.