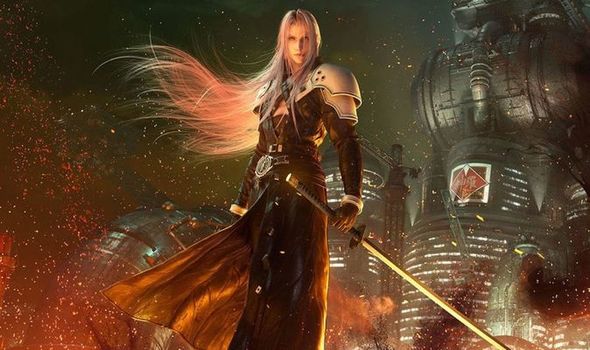 Final Fantasy 7 Remake fans can get a special dynamic theme by pre-ordering the game from the PlayStation Network.

But a much better theme is available for fans who pre-order the game in Japan, or from Amazon in the US.

According to Square Enix, European fans will be able to nab the Sephiroth theme from various retailers, so there’s still a chance to pick it up if you haven’t already.

Square Enix has also given fans a look at two other Final Fantasy 7 Remake themes.

Featuring the cast of playable characters, one of the themes is available to fans who play the demo before May 11.

Meanwhile, the second theme focuses on the city of Midgar, which looks incredibly impressive on PS4 technology.

This will be free to all PlayStation Plus subscribers soon, according to Square Enix.

With an April 10 release date, Final Fantasy 7 Remake is arguably the first big blockbuster to launch in 2020.

And with Final Fantasy 7 Remake’s release date just over a month away, fans can get a taste for the action by playing the recently released PS4 demo.

Available as a free PS4 download, the Final Fantasy 7 Remake demo drops players into the early stages of the game.

“The new demo features a lengthy segment from the very beginning of the game: the iconic bombing mission against the Shinra Electric Power Company, and the subsequent escape,” reads a PlayStation Blog post.

The mission culminates with a battle against the iconic Scorpion Sentinel. Unlike the original game, however, this isn’t a battle that will be over quickly.

“When you reach your target, you’ll encounter the Scorpion Sentinel. It may be the first boss of the game, but don’t expect this mechanical monstrosity to give you an easy ride,” the post continues.

“If you manage to beat it, don’t think you can relax – you still have to escape from the complex before it collapses around you. But did you give yourself long enough to do so…?”

If you’ve played the demo and want to know more about the Final Fantasy 7 Remake, then you should check out Express Online’s early verdict.

Is the Final Fantasy 7 Remake shaping up to be a 5-star masterpiece? Click the link to find out more.