The cretins of Syndic-8 that you'll face in Final Vendetta are tough. However, the bosses are even more formidable. The first boss you'll take on, Big Frank is no exception. This brute is a swift heavy hitter that towers over everyone around him.

Luckily, while Big Frank is tough, he's not unbeatable. On the contrary, this boss is a quick fight once you understand his fighting style. Your biggest obstacle will be dodging his attacks without opening yourself up for a pummeling from one of his criminal partners. So let us teach you some street sense to take down this hulking brute.

Who Fights Alongside Big Frank? 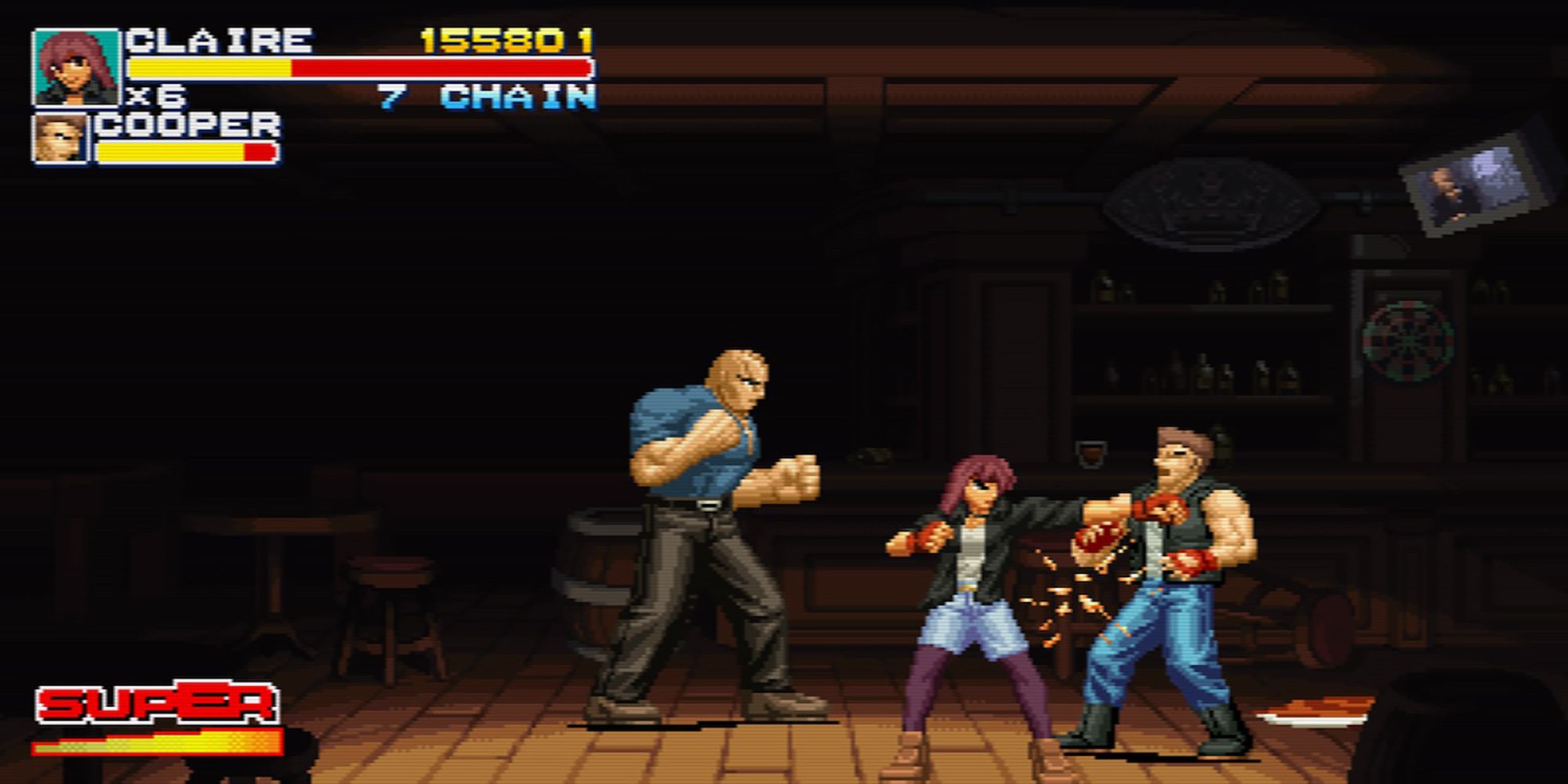 Battling Big Frank would be less challenging if it weren't for the characters sharing the screen with him. Throughout your battle with Big Frank, his minions will stay on your tail, making Big Frank harder to target. These standard opponents take after the leather-vested characters, like Cooper. So they do not have a lot of health, but they'll have to get addressed before they become a significant issue.

Considering that Big Frank summons another Syndic-8 goon to fight you after taking one down, you'll have to balance both approaches. First, consider which target is more urgent. If a goon is in the way of Big Frank and landing damage on you, focus on the goon. But, if you see an opening to take down Big Frank, go for it while you can.

What Attacks Should I Anticipate? 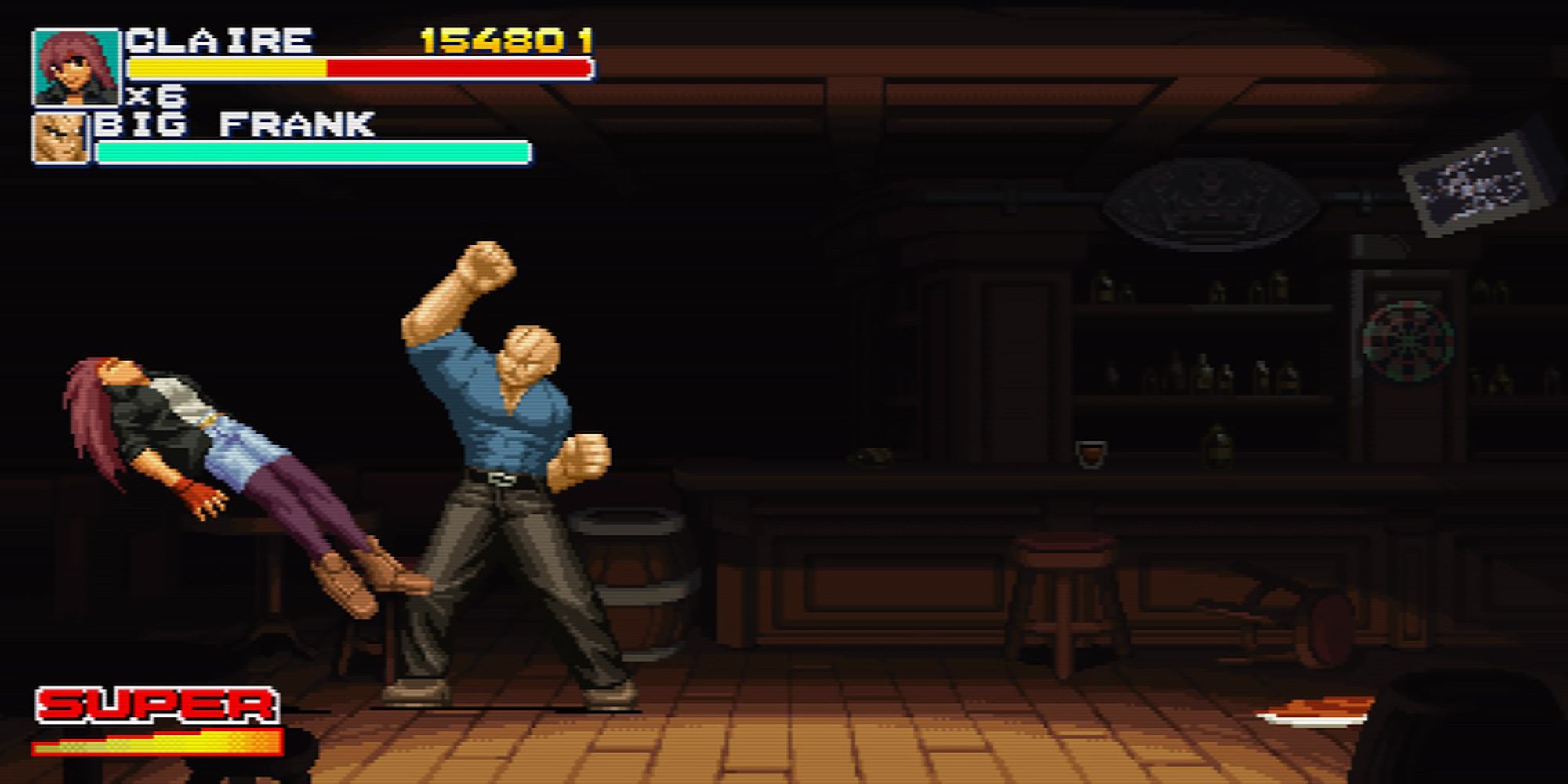 Big Frank's attacks are not complex. You'll notice that he has a pattern of darting across the screen and transitioning into a series of heavy punches. However, Big Frank's walking speed is on the slower side when he's not dashing. So, if you keep an eye on his dashes, you can dodge a good portion of his attacks. 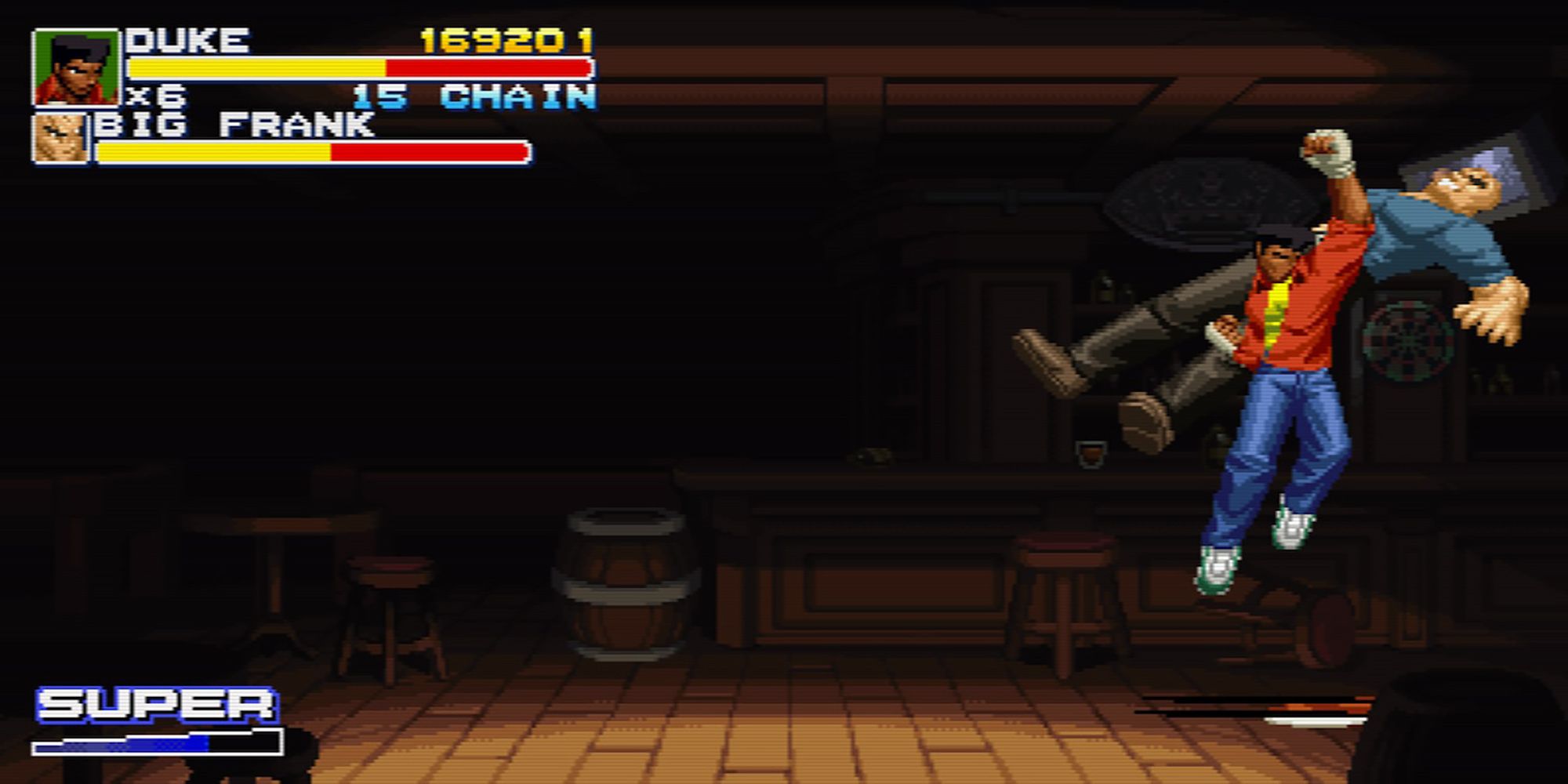 We can't speak for every player. Still, our strategy for taking down Big Frank has veered in the direction of rushdown tactics. Since Big Frank is slower and easier to read, it makes sense to use his openings as opportunities to apply pressure and knock him down. Plus, knockdowns will give you the opportunity for a few ground attacks as well.

You'll also want to take advantage of combos where you can. For example, finding moves that link with each other will help you apply more damage to Big Frank when an opening comes. Since Final Vendetta's bosses, including Big Frank, have extended life bars, these high damage opportunities make a lot of sense.

In defense, a dodge is more effective against Big Frank than a block. After all, Final Vendetta's guard mechanic does not defend against a myriad of attacks. Furthermore, more powerful offenses, like Big Frank's punches, can break your guard relatively quickly. Still, a well-timed guard into a counter is beneficial when fighting off the minor characters that assist Big Frank.

In short, defeating Big Frank comes down to management. You'll have to quickly manage multiple targets and switch from offensive to defensive strategies.

Still, the more considerable risk in this battle is not losing the game. After all, you'll likely have enough lives to burn through this early in the arcade mode. However, if you lose too much life in this match, there's no way you'll make it to the end of the playthrough. And since Final Vendetta grants no continue credits, this is a significant factor.